I recently received a banana tree as a gift and as it is starting to decline I am worried about it. First off, I live in southern Canada (London) so I don't have a tropical climate but its been quite hot this week so there's been no shortage of heat. It was in a pot that was oddly small so I figured it needed a bigger one. I'll describe what I've done, it might all be wrong but I am completely new to plant care so forgive me. 1. removed the plant from its pot, cut off a water sucker with a pocket knife and repotted them both (regrettably with triple mix instead of potting soil). The mature tree's pot is still largely the soil it was succeeding in before I got it. 2. I've been watering daily and it gets full sun. 3. I used scissors to follow the contour of brown dry parts and cut it off. 4. after repotting I gave it a small dose (order of a tablespoon) of soluble rose fertilizer on the recommendation of the previous owner. I was instructed to fertilize it weekly. I'm no expert but it's not looking as good as when I got it. I have attached before before repotting/separation [ 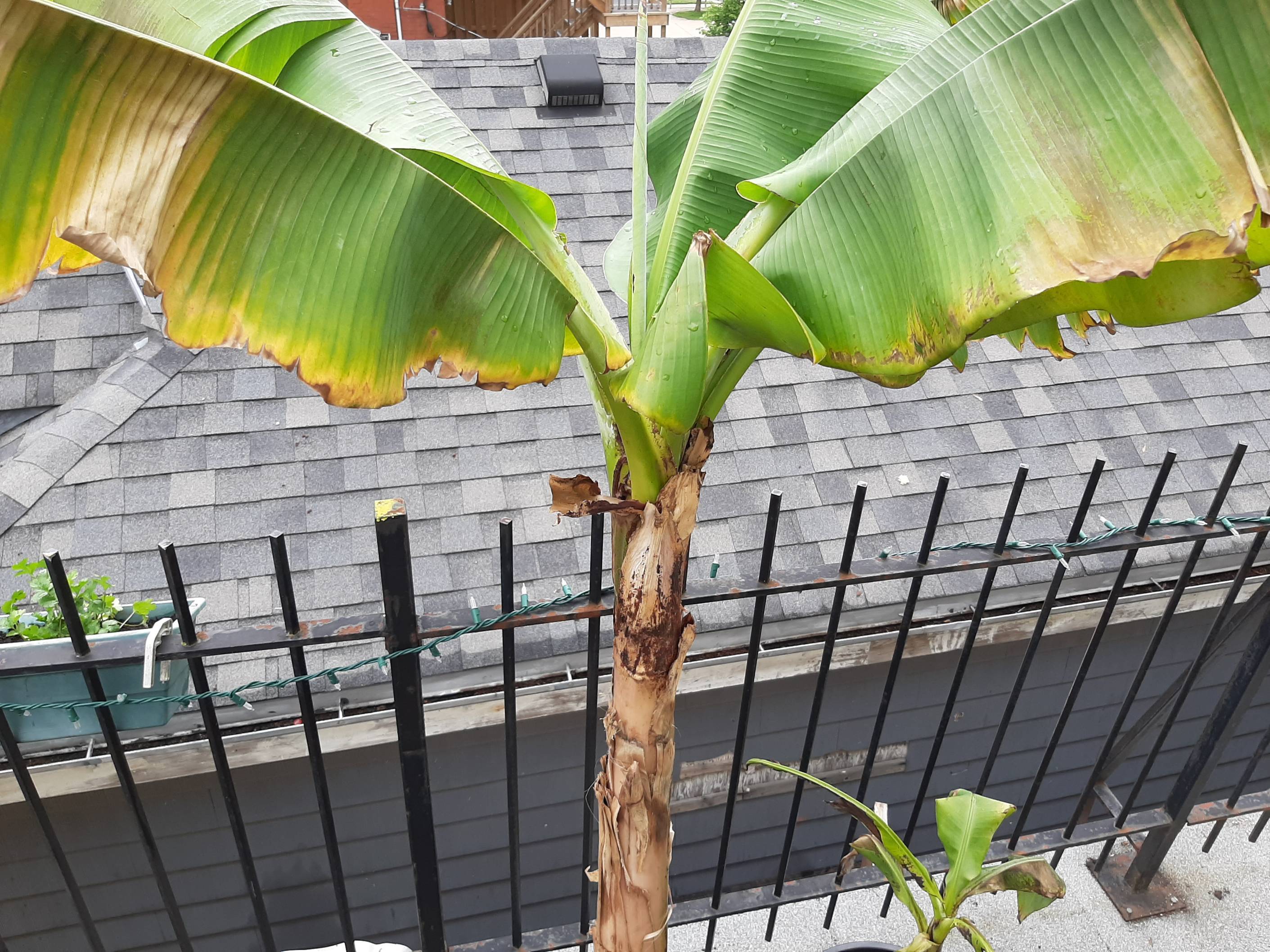 ]and after photos roughly I'm curious to know 1) what is the cause of the problems and 2) given what happened is in the past, what's the best way forward? Do I repot this time with potting soil? different or more fertilizer? S.O.S. thanks, Rick

Browse other questions tagged fertilizer repotting tropical banana or ask your own question.

6
What exactly happens to potting soil if it is stored for a long period of time?
4
Dieffenbachia camilla too large pot: back to smaller pot?
2
Why clean plant when repotting
4
How much soil to remove from root ball when repotting?
7
Why do my Nepenthes N. Ventricosa tendrils dry out, and the N. Alata do not?
3
How to properly remove Dead Banana tree leaves
4
When should I repot a newly planted potato?
4
Opuntia is slouching after repotting
3
leggy basil with small leaves
0
New plumeria cutting