I've seen this on several squash plants, where the vine seems to stop growing but the growth tip is still trying to produce fruit. Not sure what this is called - internode shortening or something?

I've seen possibly unrelated behavior on some peppers as well, not the fruiting behavior but the distance between successive leaves near the growth tip gets shorter and shorter until it's just like a tiny bush of smaller and smaller leaves near the tip..

The leaves don't appear to be yellowing (although they are getting much smaller closer to the tip) and I haven't seen any significant infestations. Is there a nutrient deficiency that would cause this kind of behavior? 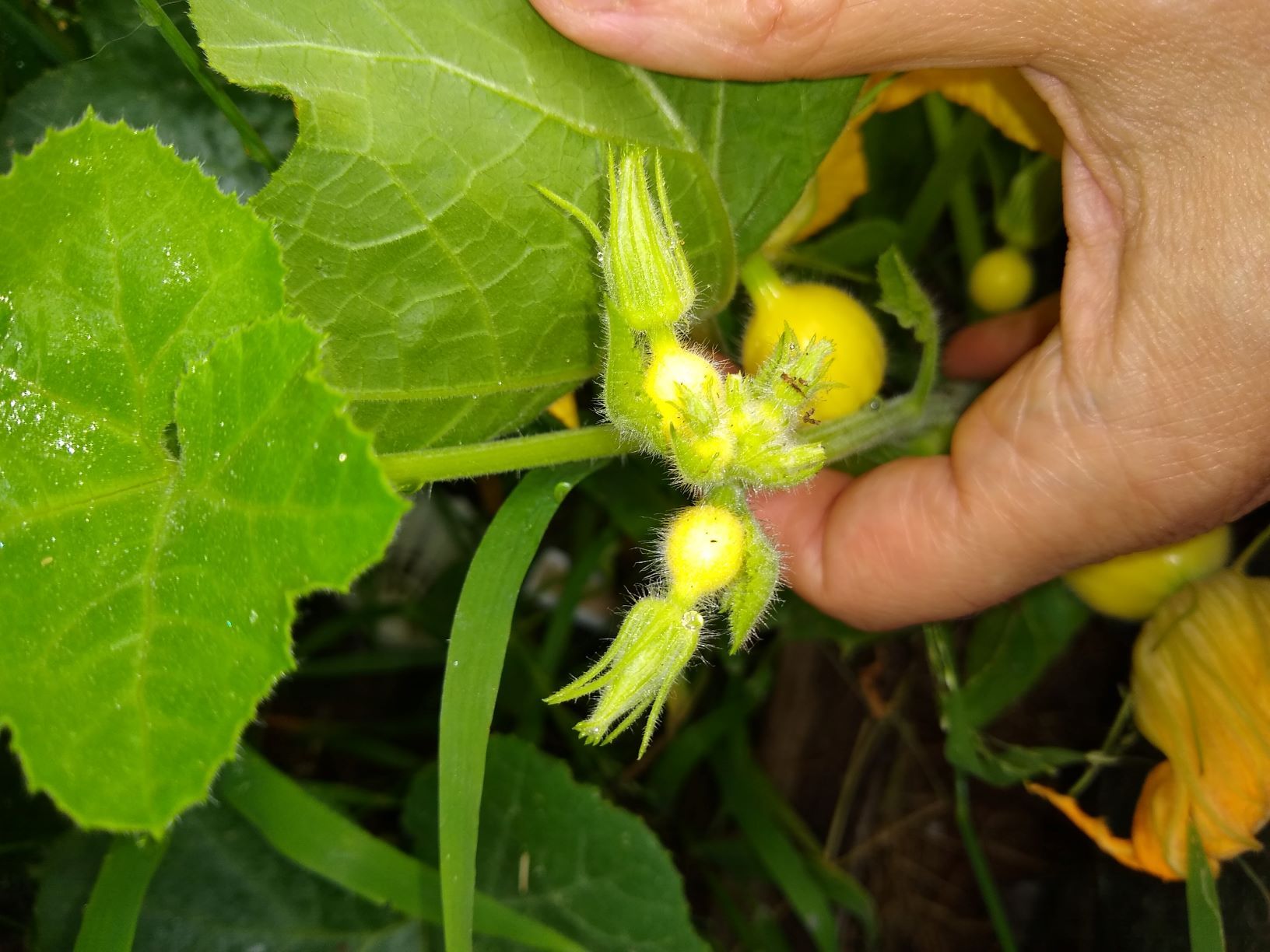 17
Why are my squash shrivelling?
7
How can I stop vine borers from killing my squash?
16
Why are my tomatoes cracking and what can I do?
4
Why are my morning glories stunted/deformed?
3
How to ripen butternut squash if vine dies
5
Is the rapid new growth on this rose bush a sign of Rosette?
5
Will my squash ripen off the vine?
2
Will butternut squash ripen if taken off the vine?
3
Small Nectarine plants - Leaves turn yellow
2
Pepper plants are showing strange, deformed new growth, what could it be? Virus? Deficiency? Herbicide?