Can anyone identify this shrub?

This is evergreen, and doesn’t flower and however hard I try I can’t identify it, except it’s not a lonicera or Symphoricarpos. It’s a fast grower with Arching stems, with opposite leaves. 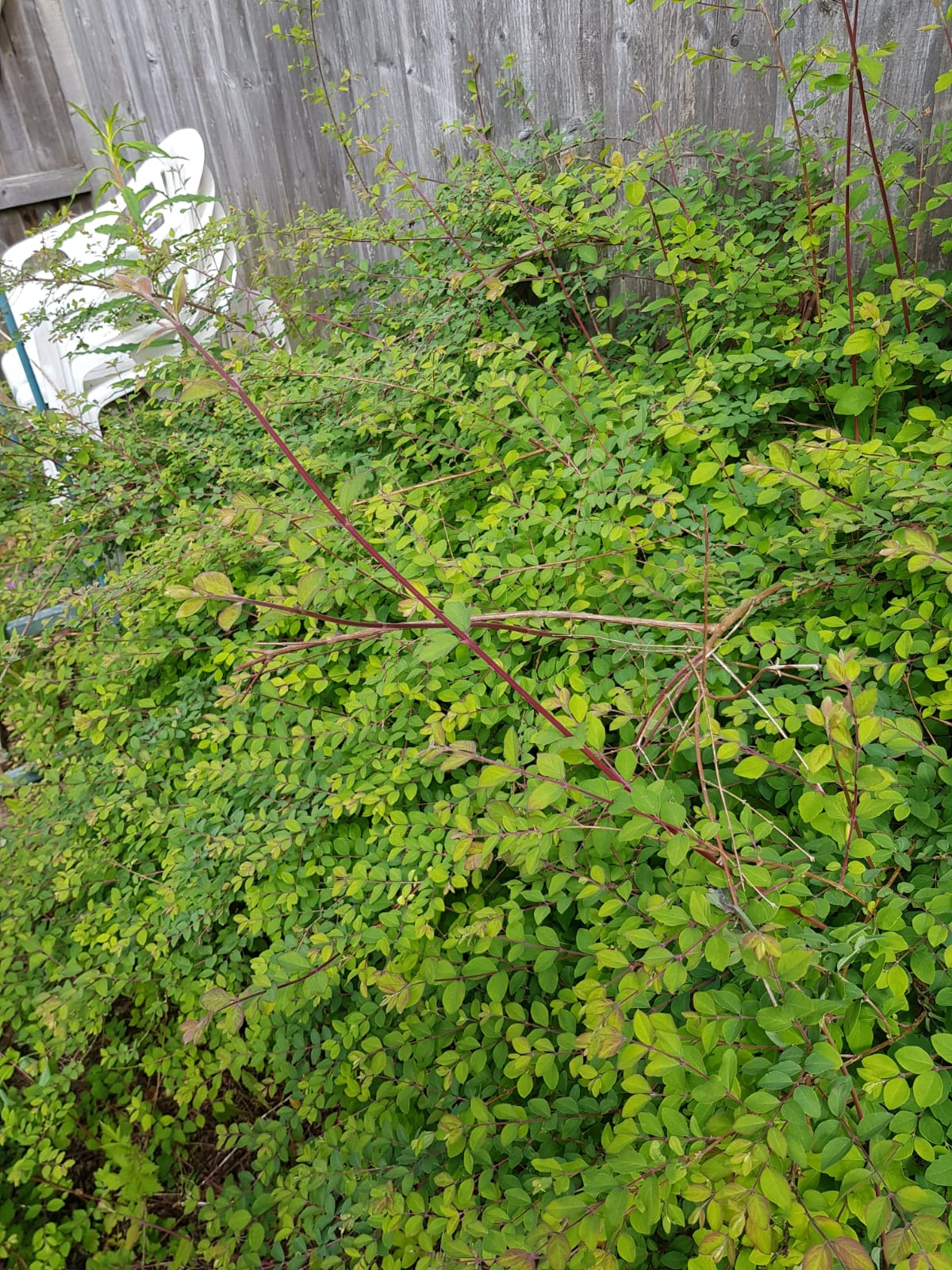 Regardless of whether the owner of this shrub believes it is evergreen, I am 99.9% sure you are right and it is Symphoricarpos; it is possible, if it is in a sheltered spot, and given the very mild winter we had this year, that it did not completely shed its leaves, although unlikely. As for it's not flowering, that is not unusual either, especially if the owner has been cutting it back. Two of the gardens I used to care for had this growing - it had suckered under the fence of one garden and was then also growing in the other garden. I spent about three years trying to get rid of it, and finally succeeded; in that time, it never flowered noticeably at all, just kept spreading,though I did notice a couple of small white berries on it occasionally, which would indicate it did flower, but certainly not in any obvious way.

This puts you in a rather difficult position (I've been there myself) because the owner firmly believes this plant is evergreen, but it is Symphoricarpos, which is deciduous. In my experience, it's not unusual for a client to believe something is evergreen when it isn't, so a degree of tact is sometimes necessary when giving the ID - I used to say something like, well I think it's .... whatever... but let's wait till early January and see if it still has leaves because sometimes not all the leaves fall, or some such explanation. Every time, it turned out the plant was not evergreen at all... ID for someone you know can be difficult; I once had a client who kept talking about her 'white lilac' getting too big; I could see no lilac anywhere so I asked her to point it out; the shrub was actually Cornus alba in full flower, and I had great difficulty in convincing her it was not a lilac...in fact, I'm not sure she ever really believed me, she was elderly and died 18 months later, probably still believing she had a white lilac in her garden.