What is the problem with this Arran Pilot potato plant?

I have noticed the following on some leaves on my arran pilot potatoes. Is it frost damage, blight, or something else? 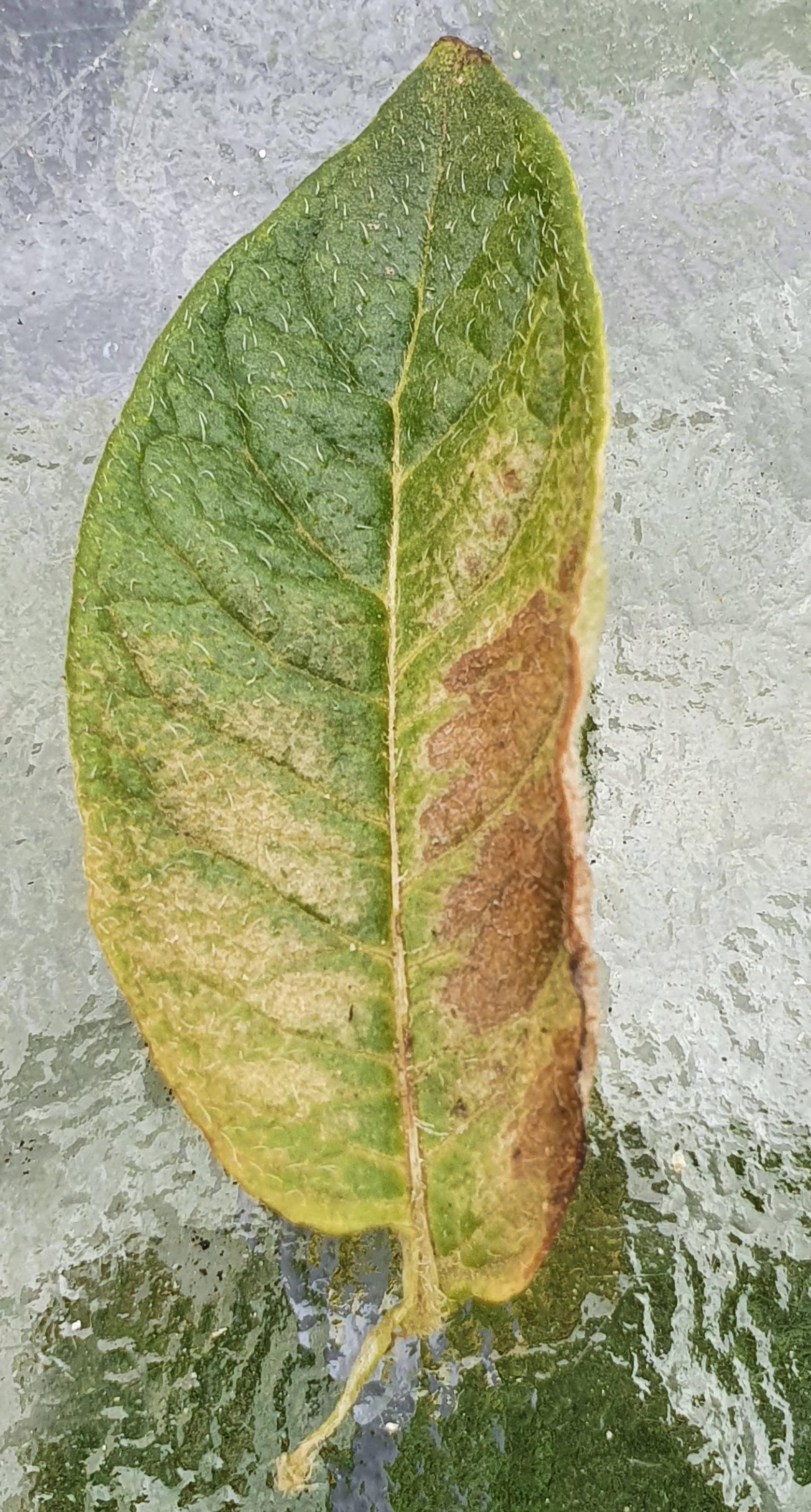 Frost damage would have been visible on all the softest parts of the plant, especially including the very tips of the youngest growth points. Blight would have resulted in even more tissue necrosis. What we have here is possibly a temporary or long term nutrient problem. Arran Pilot is a variety selected for its ability to produce extremely early in the season, the first earlies. As such it is often planted as early as possible at which point the climate can be very variable; temperature can be either unusually high or low. Low would result in frost, high would result in some nutrients not being immediately available for new growth, so the plant may steal from other older growing parts to support rapid terminal shoot expansion. Unless the problem gets worse I would say not to worry too much, just keep an eye open for changes.

Not the answer you're looking for? Browse other questions tagged identification plant-health potatoes frost blight or ask your own question.

9
What should I do with some volunteer potatoes growing in my compost pile?
5
Black spots, curling leaves on potatoes, help identify problem
4
What are these yellow spots on my potato leaves
6
Is this the tomato potato psyllid?
2
What is this plant? (sweet potato?)
3
Could you grow potatoes like this?
2
What is this in the soil of my potato plants?
1
Why is this potato plant wilting?