Please help me in identifying this beautiful insect

This beautiful looking comuflaging insect on my Chameli plant. What it could be? 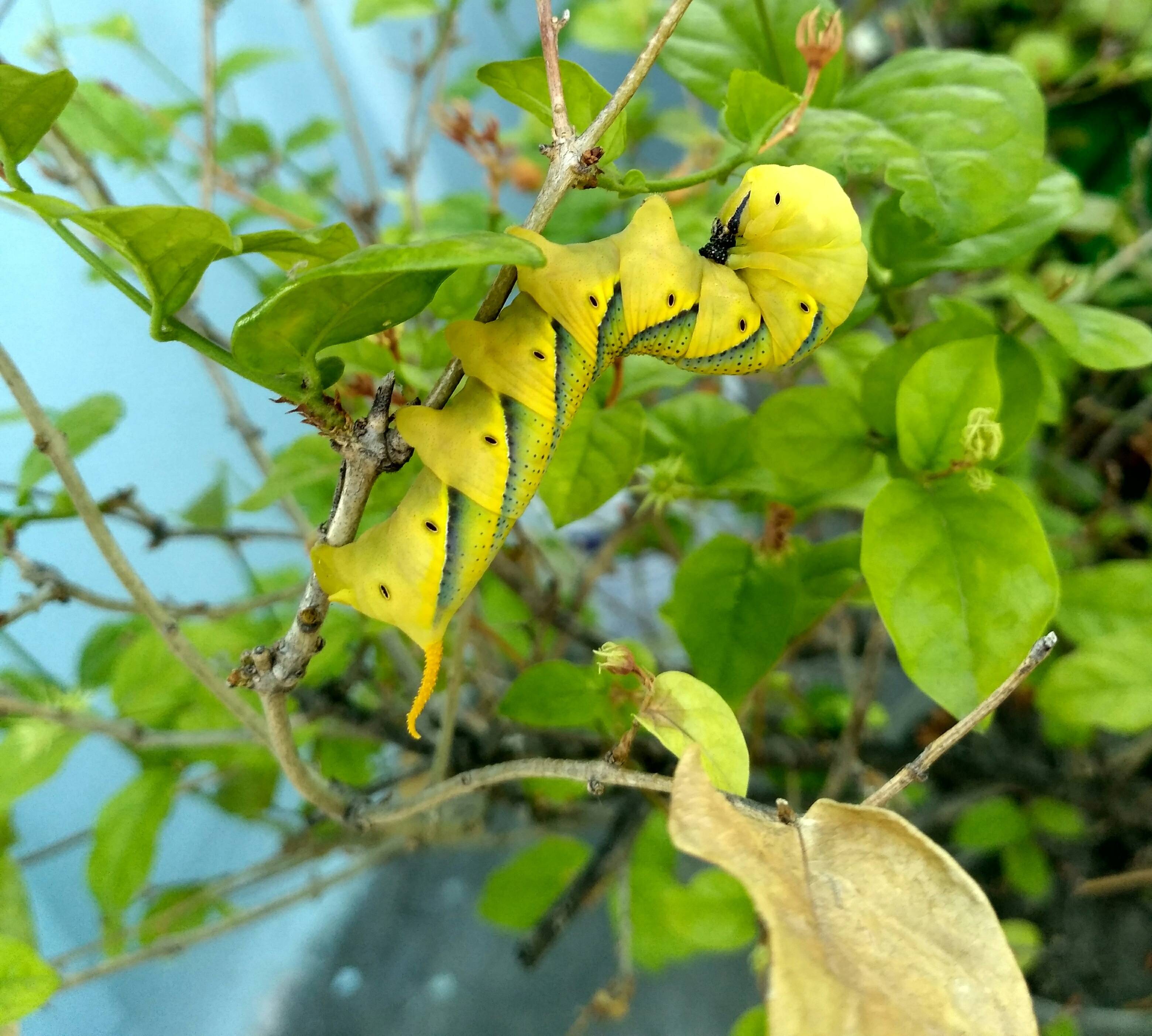 It's the caterpillar of one of the three moths commonly called "death's head hawk moths". This one is acherontia atropos.

It normally feeds on Solanaceae (potatoes, tomatoes, nightshade, etc) though your Chameli (jasmine) isn't in that plant family.

The moth is very large and has some curious habits. For example it will enter bee hives to feed on honey, and if it is caught it can make a "squeak" as an alarm call.

I have never seen the caterpillar, but I have occasionally found a pupa (large and reddish-brown colour) in the ground when harvesting potatoes in the UK.

Not the answer you're looking for? Browse other questions tagged insects or ask your own question.

5
Which insect is this?
3
What is this yellow and black insect and how to get rid of them?
4
Need help identifying this worm
3
Insect - Name of the insect
2
Insect Identification: What's this insect
2
What is this all-white insect?
5
Why is no-one using my insect hotel?
2
What insect is it? It always attacks indoor plant and annoying!