I have two avocado trees each about a year old, planted first time around spring of 2019 in a pot in UK. They really grew well until this winter when the leaf tips started browning. I use filtered water to water my plants because the water here is very hard but still I suspected that over time there was salt, calcium and chlorine build up on the soil (you could also see the calcium build on the clay pots which I am using and they turn white after a while).

So I started to water them a lot once in a while (and if possibly with rain water) and repotted them (I did some of the watering treatment after potting too). They were a bit unhappy after the treatment but they recovered. The tip browning stopped but some other problems started appearing. Plantwise the problems are (photos are attached)

Plant1: Heavy yellowing along the edges of many of the leaves but not all (image 2 below), some leaves have alot of brown spots on them (image 3 below) some young leaves are mottled and has white-gray tips (image 1 below).

Plant2: Light yellowing along the edges of some leaves, new young leaves turning brown before they develop fully (image 4 below).

The main difference between the two plants is Plant2 is in a larger pot than Plant1 and seems to fare a bit better but again it is not able to develop new leaves in a healthy way. Many of them turn brown before growing fully.

Additional information: 1- In fall, winter the humidity was around %80-90 with temperature <15C where as recently the humidity is around %60-70 with temperatures usually >15C but more warmer over the last month (consecutive three weeks of full sunshine) 2- I only water my avocados when their leaves start to bend downwards slightly and the soil is dry. During the fall and winter they were on a south facing windows which received maximum amount of sunlight. Just recently I replaced them more inside the room due to decreasing humidity and full sunshine. 3- They are both in clay pots and when I repotted them, I put them in a bonsai mix (I did not add extra compost or any fertilizer) which has sand in the mix for extra drainage.

My suspicion is lacking of some nutrients because of troubled growth of new leaves and various kinds of brown spots and the salt/chlorine washing away procedure I applied. Another possibility is decreasing humidity and increasing temperatures. I am thinking of using some indoor plant food and placing bowls of water and spraying the leaves with water but wanted to get some opinions before I do something to harm them further. Also should I just pinch off the tips with the troubled young leaves to encourage new growth elsewhere? 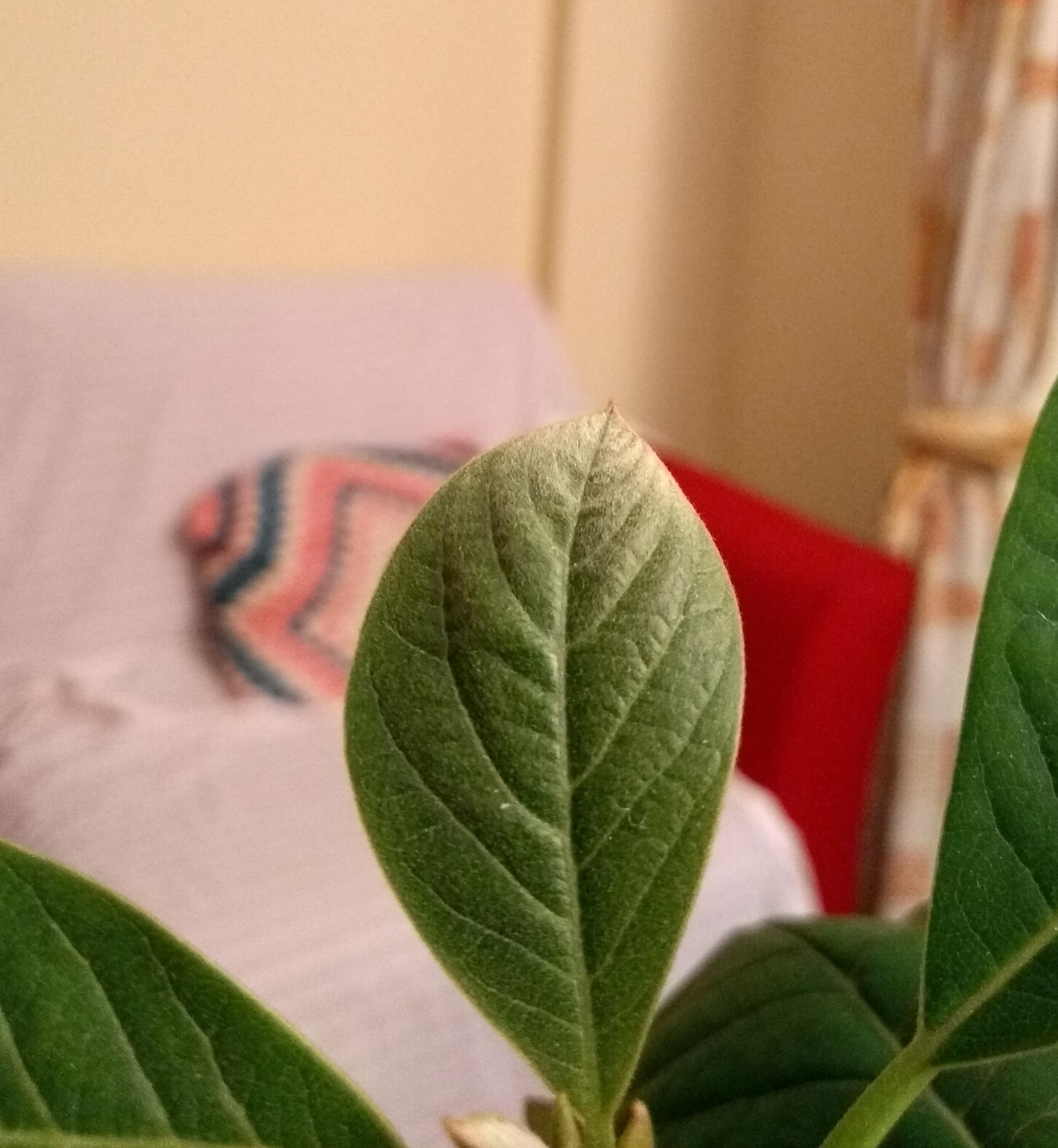 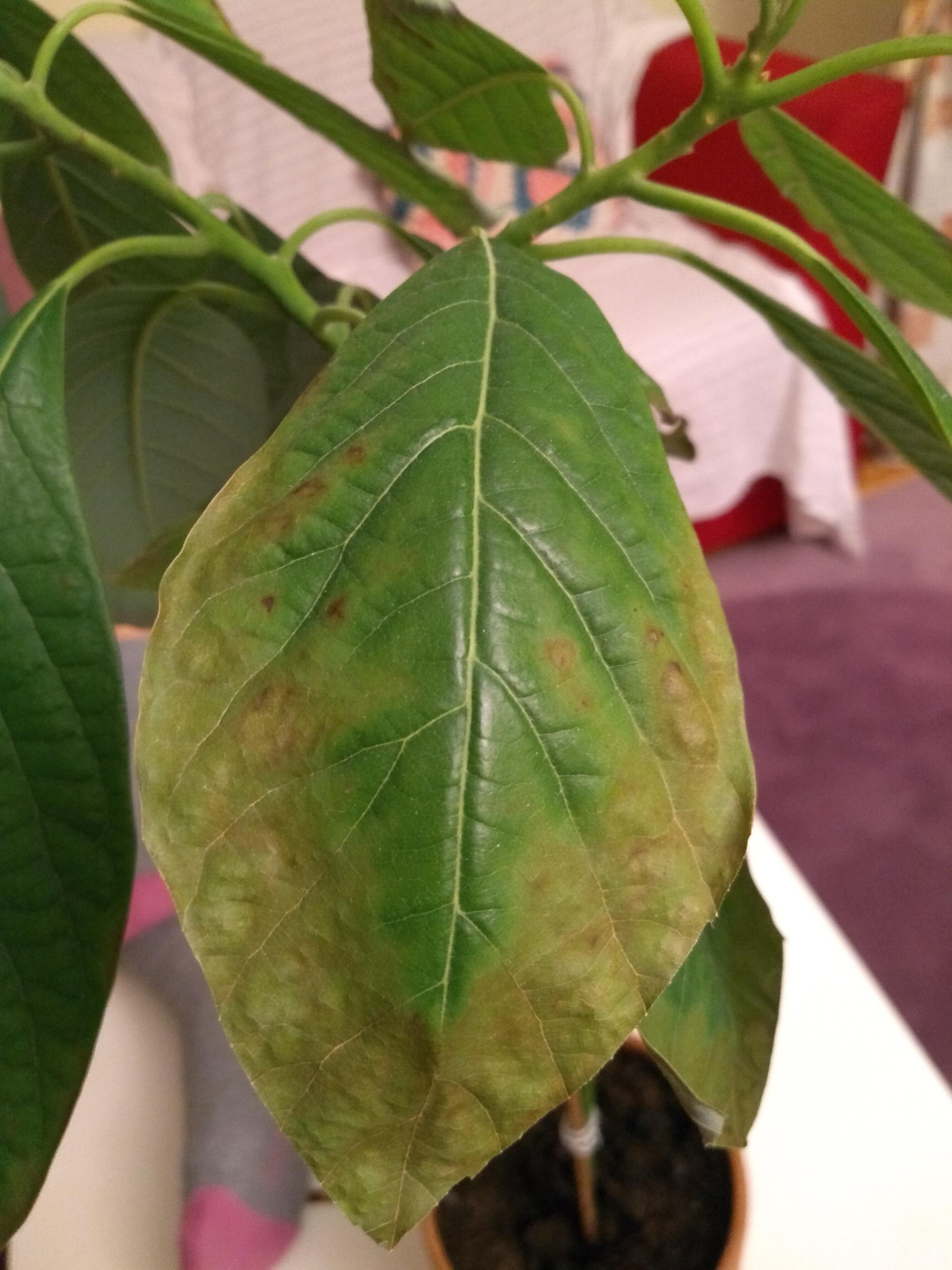 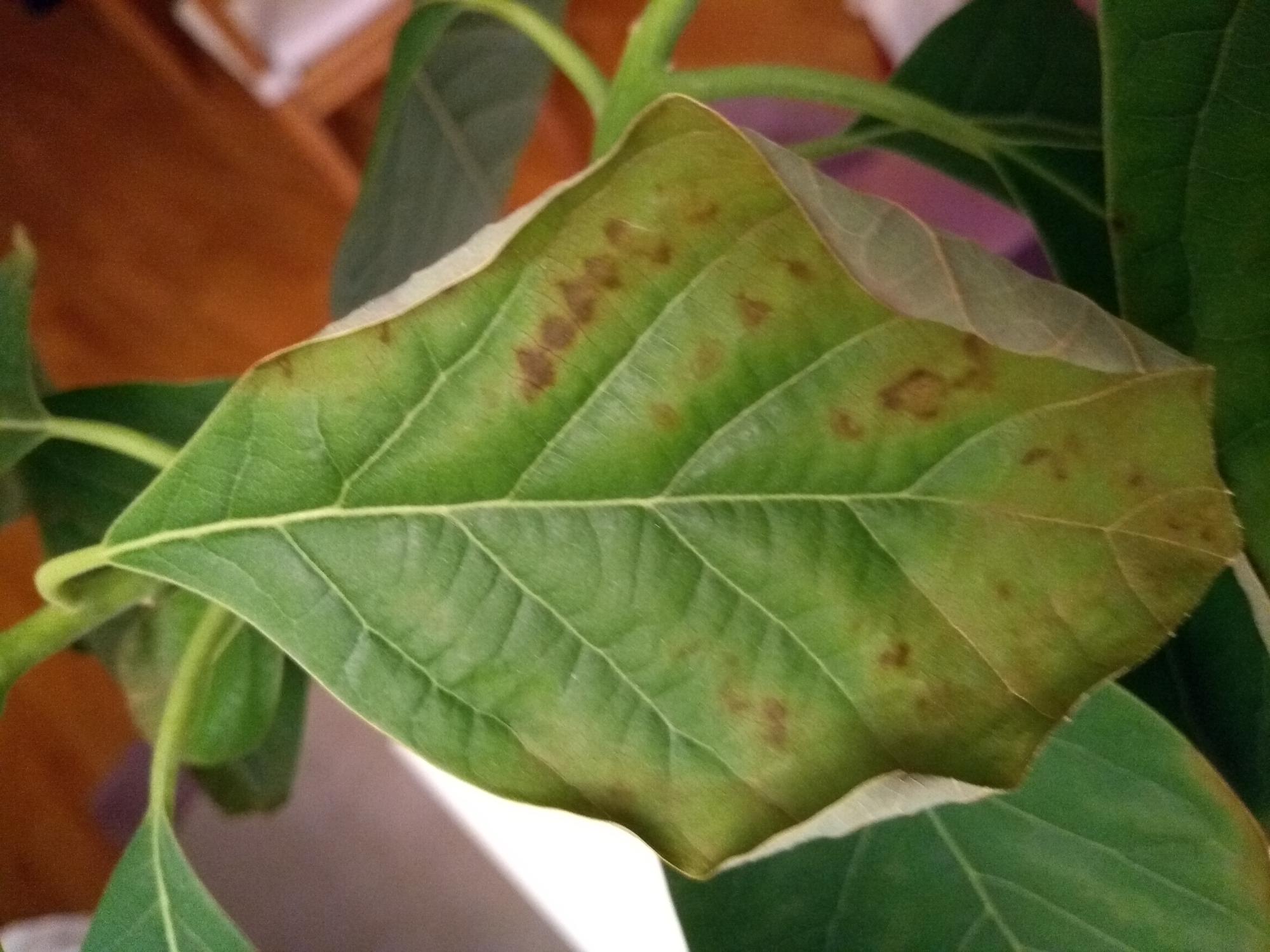 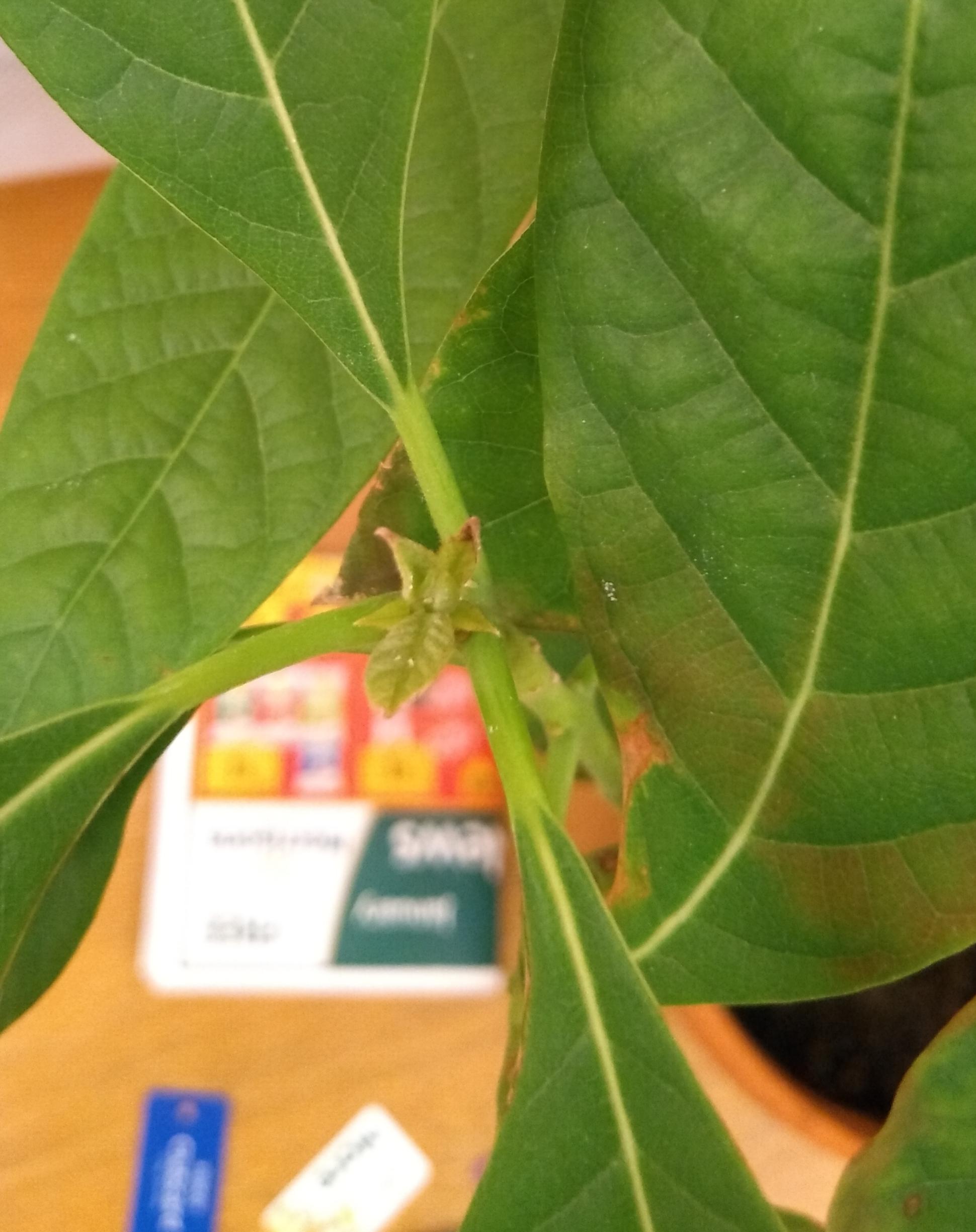 Since this question, I have moved the other avocado to a larger pot, I have greatly pruned both avocados (basically removed any leaf that was more than %10-20 browned and those that would come loose with a slight bend), moved them slightly inwards from a all day sun facing window (currently the weather is very hot and dry). Both trees have now grown new leaves which are not drying out. Also I am regularly misting the leaves with water (2-3 times a day). Pruning and larger pot did really promote new growth which were not stunted like before.And I think what mainly stopped drying was moving them inwards. They do really enjoy being in front of the window during winter but I think with the windows open almost 24/7 (hence less humidity), high temperatures and a lot of sun shine, they did better being slightly inwards in the house.

Avocados are soft-leaved tropicals so they are very sensitive to water reserves. Any even brief interruption of sap to the leaves can result in some yellowing and browning and drying of leaves. Root interference as a result of repotting can be detrimental. Your plants look tall, and the one visible pot looks relatively small compared to the tree it is supporting. Good for you that you are sensitive to fast drainage, however it might be tough for the trees to support the leaf area from that size of pot and given the nose-bleed altitude of the top leaves.

You could try pruning back the growth; this will reduce the height and the leaf area at the same time. Also transplant to a larger pot with more good compost using a similar fast draining compost (this will relieve your mind over fertilizer) and do not be afraid to water well while ensuring no residual water collecting at the roots.

Not the answer you're looking for? Browse other questions tagged plant-health diseases avocado or ask your own question.