Last year, my garden was ravaged by root maggots. I was constantly battling with them, and had to continually put in new vegetable seedlings, only to have them rot away and die a few weeks later. I tried many different organic applications, but nothing seemed to help. I finally found out about beneficial nematodes, and applied NemAttack SF from Arbico. Either it worked, or the seedlings (tomatoes and cucumbers) I had in the garden that managed to survive got big enough to fend them off. Today, I was prepping my beds for tomatoes, and kept finding what look to be super root maggots (they are so much bigger than what I remember the white root maggots were last year). I am not sure if they can survive the winter, or if these are something else, but I assume they are not good. Maybe my nematodes had so much to eat last year, they grew into megatodes. They are orange "maggots", look like they are in the pupal stage of some major fly, and are an inch long plus. They have a dark head and several legs nearby. I found them in the first several inches of soil. The are mobile, and can crawl away. I would appreciate if someone is able to identify these, and offer any guidance on how to control them and what kills them (organically). Also, if these are not suspected to be root maggots, I would also like to hear how root maggots in particular can be killed, because I imagine that some survived the biological warfare I waged on them last year, and are just waiting for me to plant this year. 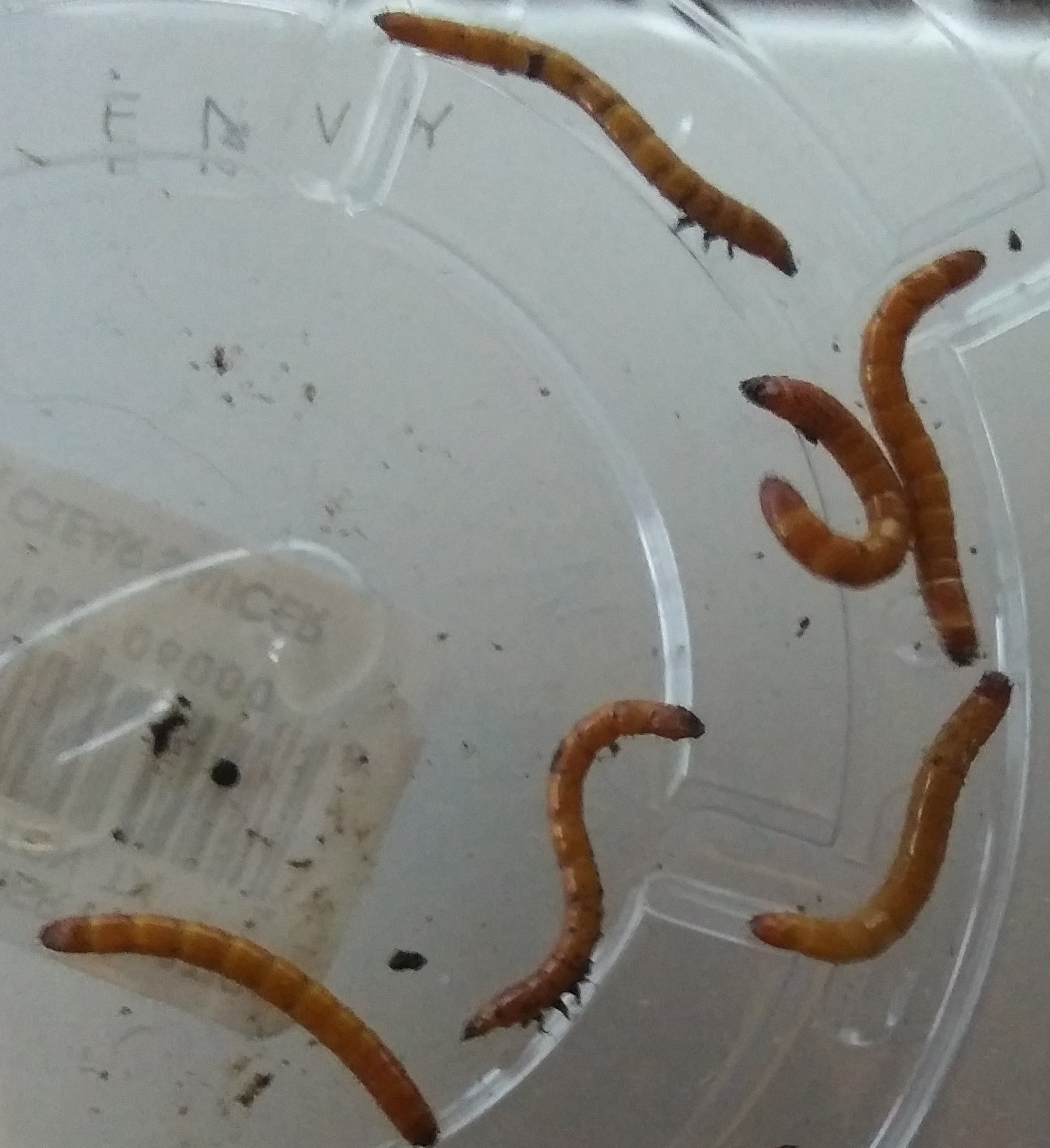 identification pests
Share
Improve this question
asked May 11, 2020 at 1:07

Those are wireworms (beetle larvae). Here's a decent introduction to them. While they can be pests (specifically of strawberry, corn, and potatoes in gardens), they usually feed on decaying material in the soil. Perhaps there are so many in your garden becaue you added a lot of not-finished compost to it? Note in the linked article that they are able to recover from pesticide exposure, so poisoning the soil is unlikely to get rid of them.

Personally, I do not kill them when I see them because I prefer to keep chemicals out of my food. If there's a robin nearby, I may toss one to it if I do find one, but that's the extent my eradication efforts go. I've not noticed any issues with my strawberries, potatoes or other plants (I don't grow corn because I dislike feeding raccoons).

5
Help on identifying a sharp leaved white-(another variety of it is red-)flowered perennial
6
How do you get rid of root flies organically?
4
Vegetable garden plant identification: white tuber, tall leafy growth
16
Why are my tomatoes cracking and what can I do?
7
Is this aloe vera root rot?
6
Why are some of my pumpkin plants wilting, and showing what looks like stem rot?
4
Tomatoes: what is causing leaf discoloration and brown spots on plant? Blight, fungus, or something else? (Pictures Included)
2
What kinds of larvae/maggots/worms are these?