Pothos or not? Identification please

I found this plant on the floor it was snapped off its pot. So I took home and rooted it

Now it has roots I decided to propagate it but I still don’t know what it is!

Any help would be appreciated. 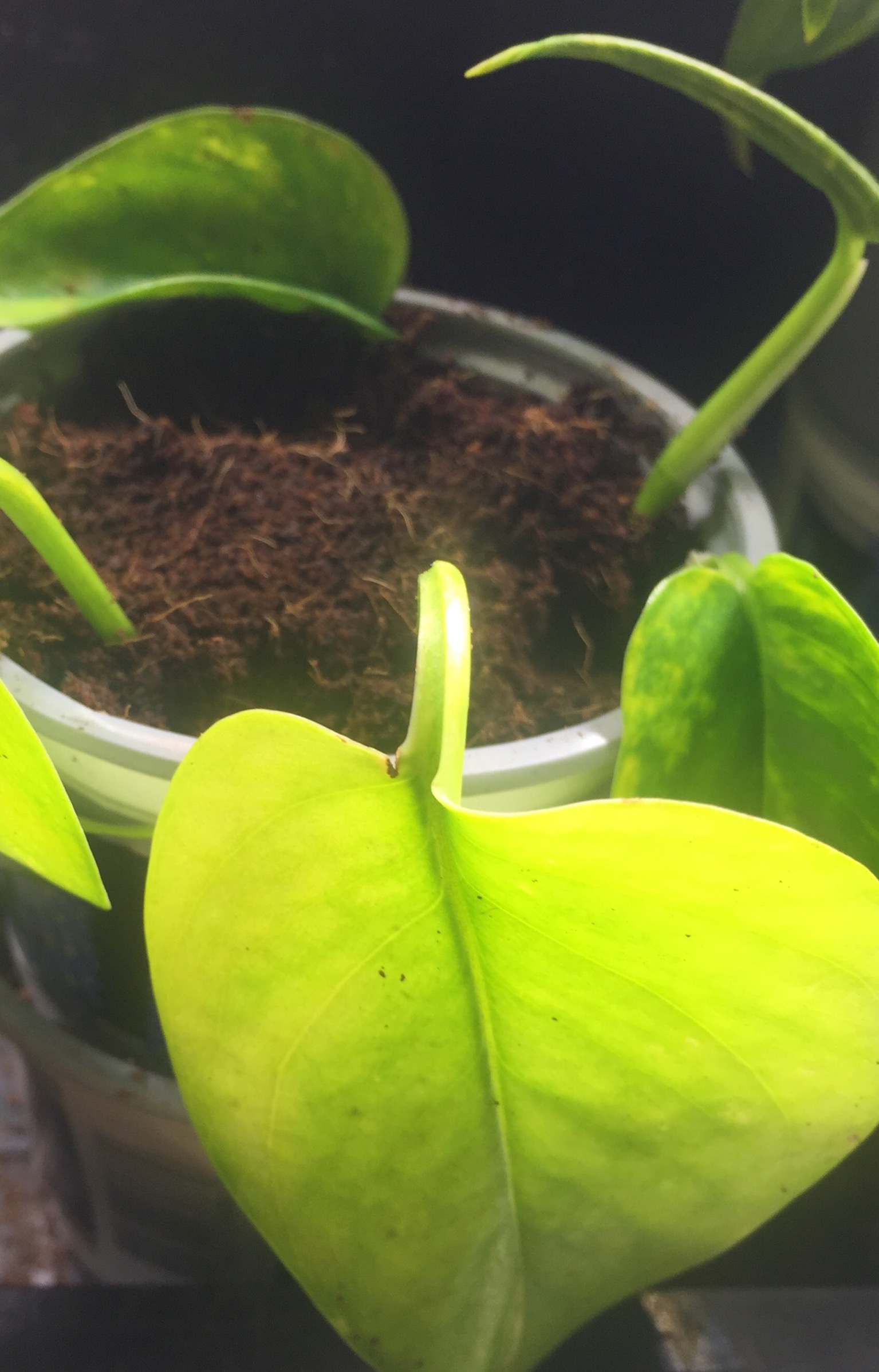 Most likely Pothos (Epipremnum) yes, though at this stage, it's not impossible it might be the Sweetheart Plant, Philodendron scandens Sweetheart Plant – Philodendron scandens. It's easy to tell them apart as they grow on a bit - the latter plant has leaves which are broader at the base narrowing down to a distinctive central point, whereas Pothos has narrower leaves at the base. Although there is quite a broad leaf in front at the bottom of your photo, it does not appear to be quite the proper heartshape, which makes Pothos the more likely.

I'm fairly confident that it's a Golden Pothos, considering the way it looks in the picture and my observations of both plants, which I'm familiar with. The leaf shape and the style of variegation looks more like a Golden Pothos to me. Also, the surface of the leaves, which is smooth and not so ruffly. It looks less leathery than Philodendron leaves tend to look, too.

I found Philodendrons that resemble Golden Pothos plants except with a very different leaf shape, however (e.g. Philodendron domesticum 'Variegatum'). Philodendron hederaceum 'Brasil' is a variegated Heartleaf Philodendron, but yours doesn't resemble it.

It should be noted that when these sorts of plants are juvenile and mature, they may have very different leaf shapes and sizes, however. Maybe Philodendron domesticum 'Variegatum' looks like your plant when it's young; I still don't think that's what it is, but it's certainly possible. Even Golden Pothos plants look different when they're 'mature'; most of the houseplants are in the juvenile form.

Here's an example of a picture of a plant that claims to be a Philodendron, which probably is really a Golden Pothos: Philodendron Scandens (Heartleaf).

Edit: Ahah! I finally found a Philodendron that looks a lot like a Golden Pothos. The pictures verify that it seems to be a Philodendron. The site selling it calls it "Variegated Heartleaf Philo", and I see some other sources around the Internet using the same term; so, I guess we can go with that. However, this Pinterest page has the same image and refers to the variety as Variegatum (I should note that another Philodendron species already has that name, though; but I've seen two species share the name Lemon-lime, or some such, too).

Anyway, when your plant grows out more, it would be great if you would give us an updated picture; then we should be able to determine what it is.

Not the answer you're looking for? Browse other questions tagged identification houseplants indoors or ask your own question.

11
What is this plant with red-pink lines/veins on its big green rounded leaves?
7
Help with caterpillar identification
6
Drosera / Sundew not eating
2
Triage and identification for an orphanned plant
1
What kind of plant is this? Found a flower plant in my grocery parsley
1
Edelweiss not doing well, looking for care tips