is fresh oregano supposed to be pungent?

I've grown my oregano from seed, on the seed packet it said "Origanum Vulgare" (italian), and this is how it looks now: 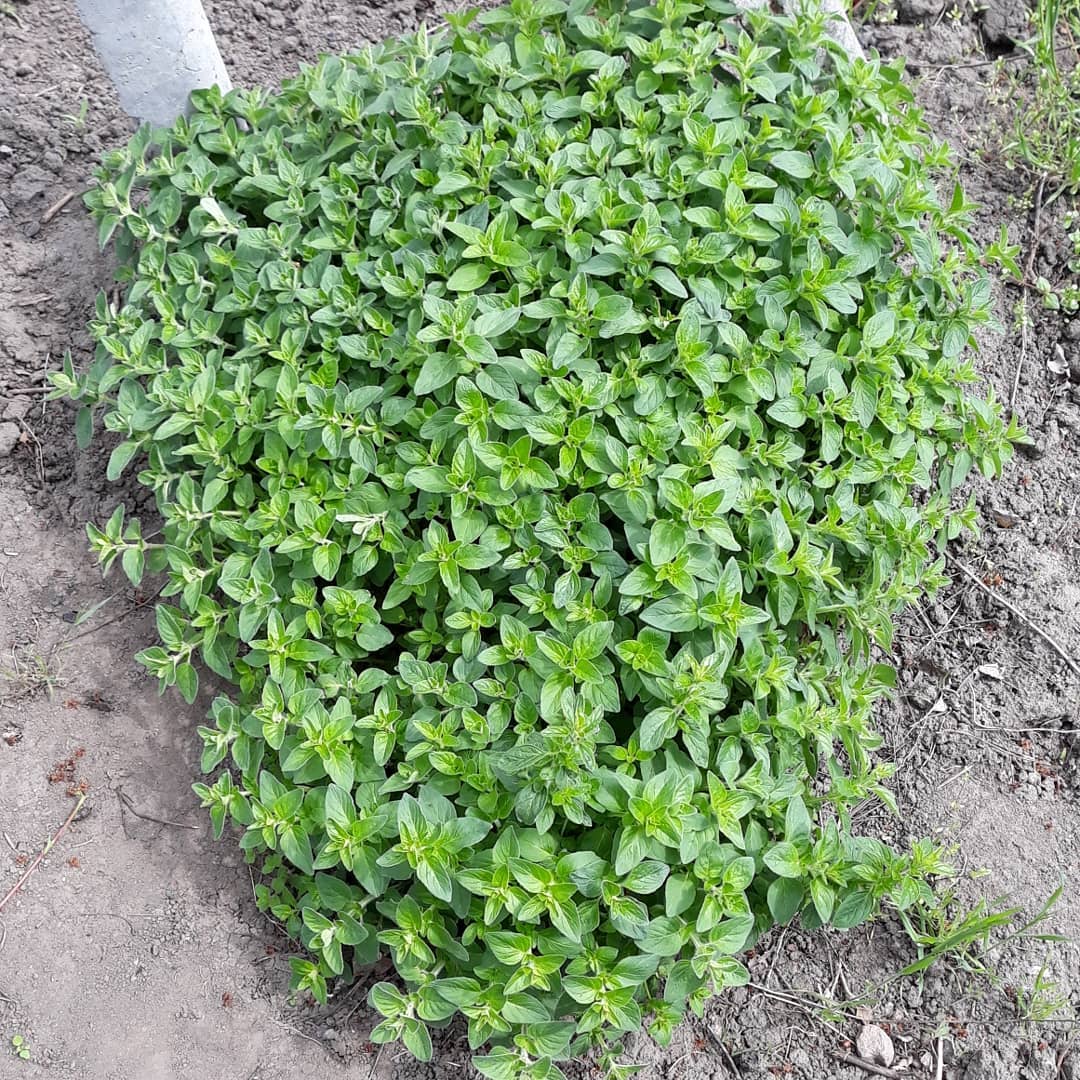 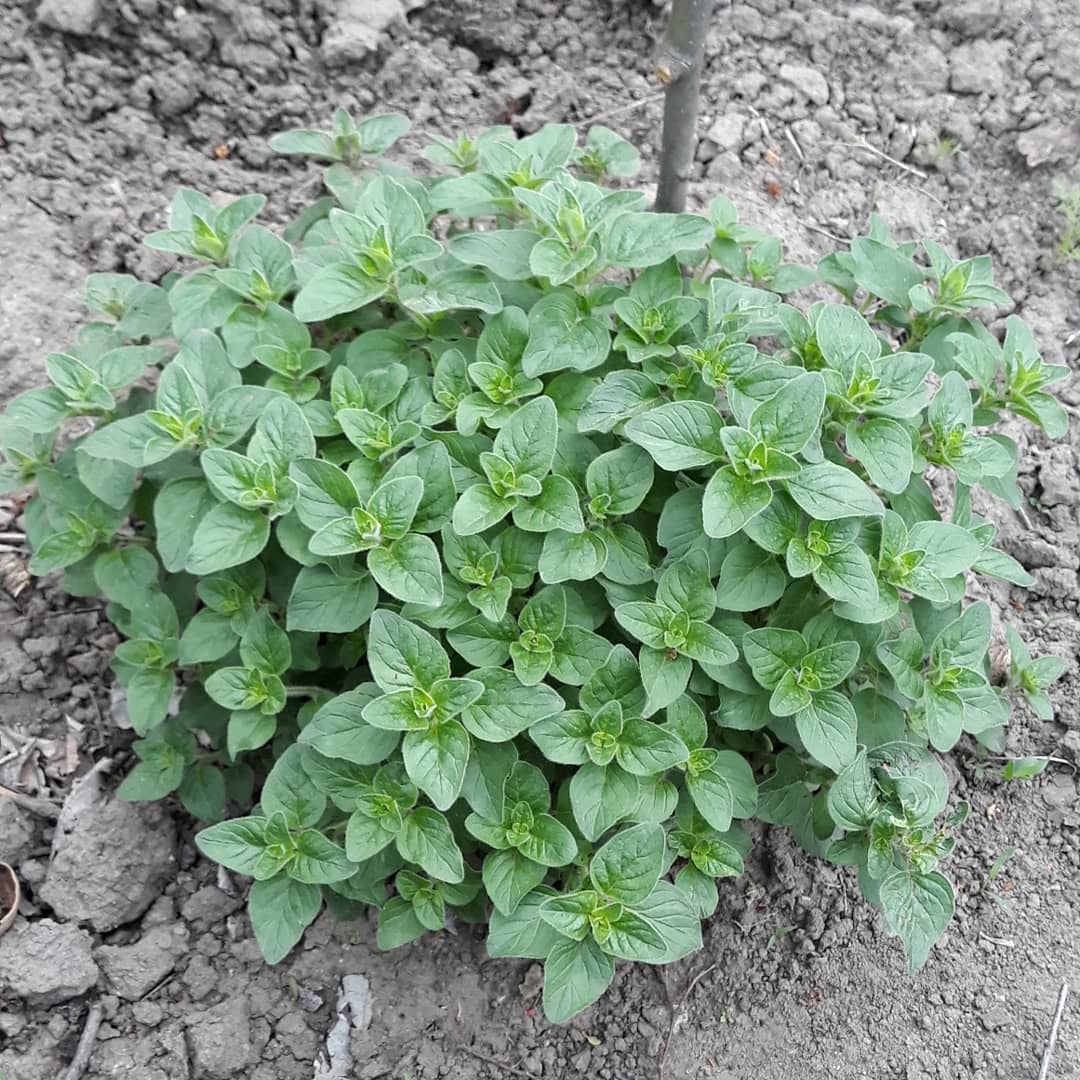 But I was expecting it to have a pungent taste, which it doesn't, I have some store bought dried oregano, and when I smell it I can feel the pungent smell as if I would smell oregano essential oil, but the fresh oregano from my garden doesn't have this smell.

So I thought maybe this isn't oregano, but marjoram or something else. Or maybe the dried oregano I bought has oregano essential oil sprayed on it.

identification herbs
Share
Improve this question
asked May 2 '20 at 20:24

Dried herbs are always stronger than fresh, which is why only a small amount is used in cooking, whereas a much larger amount of the fresh herb is needed to give flavour. Depending on the herb, half a teaspoon of dried is roughly equivalent to 2 dessertspoons of chopped fresh herb, as I discovered to my cost many years ago when I used 2 dessertspoons of dried thyme in a dish when it should have been chopped fresh - the food was inedible. Dried herbs may also be bordering on acrid rather than simply pungent, especially if used in too great a quantity.

It's also possible that what you've got growing is Oreganum marjorana (sweet Marjoram) rather than Oreganum vulgare - the two plants are very closely related since they are both varieties of Oregano, and are often confused, but marjoram is an annual plant with pale flowers in temperate climates, whereas Oreganum vulgare is a spreading perennial with either light purple, pinkish or even white flowers, and has a more pungent or stronger taste than O. vulgare. Since both O. marjorana and O. vulgare look the same at this stage of growth, it's hard to say which one you've got, but either way the fresh herb will be nowhere near as strong a taste as the dried. Try using a lot more of the fresh leaves to make a tea from it, but it likely won't taste the same as tea made with dried leaves.

I would like to add an answer to this question also, even though the first answer was good, because I might be able to be helpful as well.

First, as an aside, this happened to me with some catnip seeds once many, many years ago, where I planted some catnip seeds and didn't know what to expect. My cats were completely uninterested in the plants that resulted. I began to doubt they were really catnip plants. Later I found out that they weren't catnip plants at all. I think they turned out to be lemongrass - which they say some cats like, I think, but my cats expressed no interest. I don't really remember exactly. But the point is, I had planted the seeds myself. It was very confusing.

The way I happened to find out they weren't catnip was this: my mother-in-law recommended drying the catnip for the winter. I did so and realized immediately that it did not smell right.

The point is that dried herbs, as mentioned by the previous person, have much more recognizable smells than fresh ones do. Since I agree with previous answer that you could have something similar to oregano but not exactly the same, like sweet marjoram, here, maybe you should dry it and smell it. It also does look a lot like oregano, though. It's hard to tell without drying it.

Drying it is easy, though. Have you ever done that? Dried some? To do so, you would only have to cut off some of that beautiful, plentiful growth and trim the little leaves off the stems. Wash the trimmed leaves and leave them folded into paper towels for 4 or 5 or so days to dry out completely.

This will enable you to identify them better by smell because when they're dried out, they should smell like you expect oregano to smell.

By the way, in my personal experience, if you grind up the dried leaves using something like a clean coffee grinder or clean salsa maker, they will smell even more recognizable - assuming they are indeed oregano.

Our oregano tasted and smelled quite pungent. I'm not sure if it was the regular kind or Greek, but it's possible one of the two tastes milder.

It could be your weather or your soil making it milder. I would expect the flavor and aroma to get stronger when it gets warmer.

It's been my experience that almost all seeds, and most nursery plants, described as "Origanum vulgare" are so weak in flavor as to be useless for culinary purposes. I've also never met a purple-flowered oregano that deserved a spot in the spice rack. What I've grown and used for many years is the white-flowered "Greek Oregano", sometimes called O. heracleoticum or O. vulgare subsp. hirtum. The fresh leaves will burn your tongue with their strength. It's the real deal.

I also can not imagine anyone familiar with both, being able to confuse oregano and marjoram. They look quite different, especially in flower, and marjoram has its own distinctive, flavor and odor. Marjoram and oregano are both perennials, but marjoram is somewhat frost-tender. I have several healthy overwintered marjoram plants growing next to the south wall of my house in Seattle.

Not the answer you're looking for? Browse other questions tagged identification herbs or ask your own question.

5
Oregano becoming red, what's wrong?
4
What is this fungus or mould on my oregano, and how should I treat it?
8
Fast-growing vine, supposed to be a flowering plant
1
Should I give up on these Dill and Rosemary seeds?
9
What is this pungent plant with spikes of purple flowers?
2
Drying Oregano and Mint
0
Will Sage, Oregano and Thyme grow well together in the same pot?
3
Is this oregano?
3
Camomile and oregano stopped growing after sprouting
1
What is this pest on my oregano?