Some other information is that the tree had a layer of plastic and landscape fabric at the base, forming a water tight barrier. This was there when we moved in, so I can't be sure how long. It seems that same barrier killed two other trees in the yard, so my guess is it was there for many years. I removed the fabric and plastic, damaging many shallow roots that lied between the two layers. The soil underneath the plastic was very dry. I also saw a rather large hole, about 1.5" diameter, in the soil where it looked light a root penetrated, a white coating remained on the soil there, no root anywhere. After this I sprayed the tree with a foliar spray fertilizer as well as adding water and fertilizer around the base of the tree.

Additionally, two years ago we planted a small plum tree, about 8 ft in height. That plum tree has problems of its own, I believe peach leaf curl based on my previous gardener's opinion. The leaves there also have holes, although they seem to be of a different character to me.

I'm hoping to find out what is going on with the cherry tree and if there's a way to help it survive. Also, if you have ideas on the plum tree, it is in an awful state and I'm not sure it will survive through the year. The plum tree also has gash shaped holes in the bark although I don't believe it was physically damaged. It may be better to get rid of it if it's spreading disease to other trees (I have 2 pear, 1 apple, and 2 fig trees also) 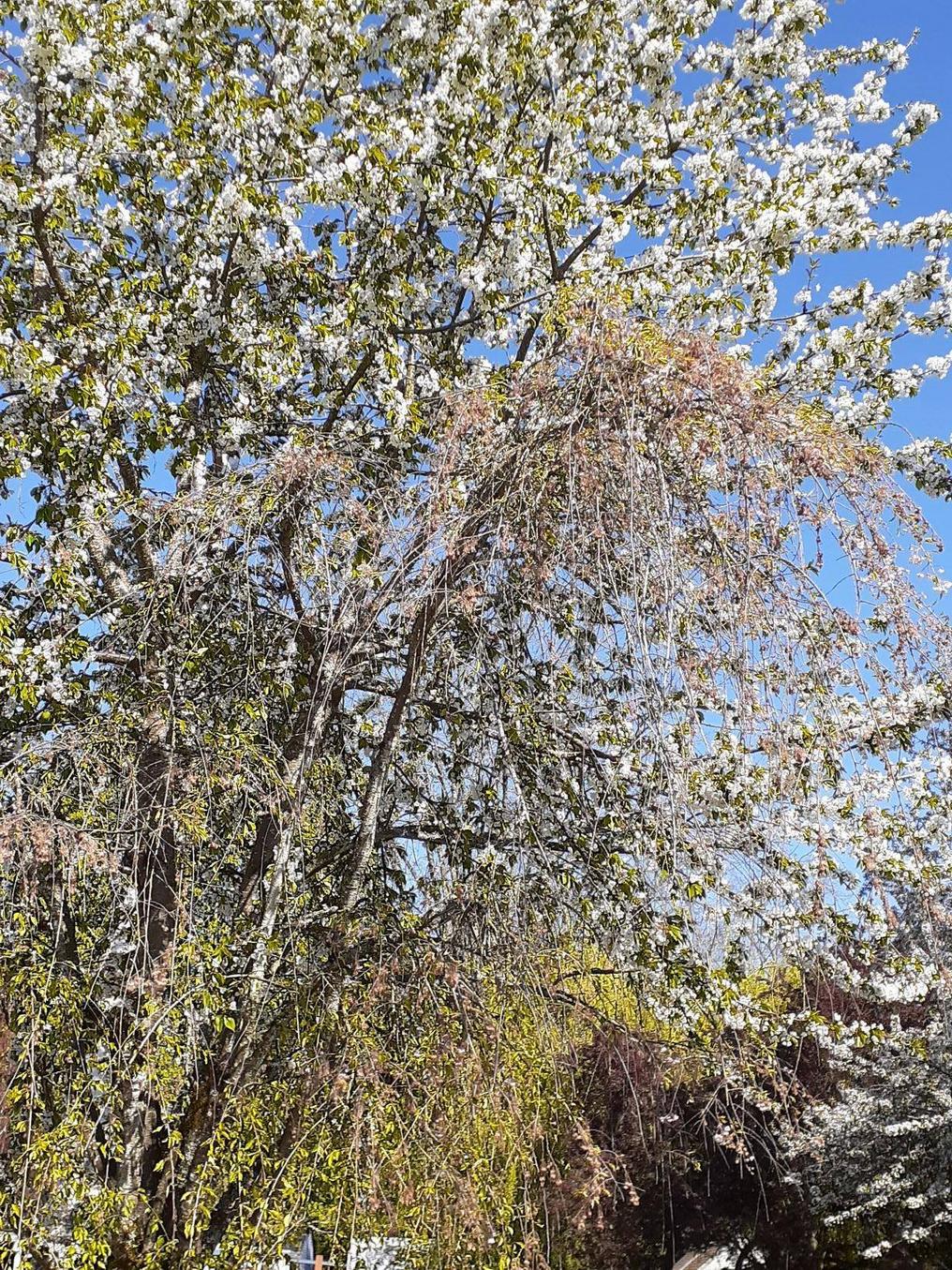 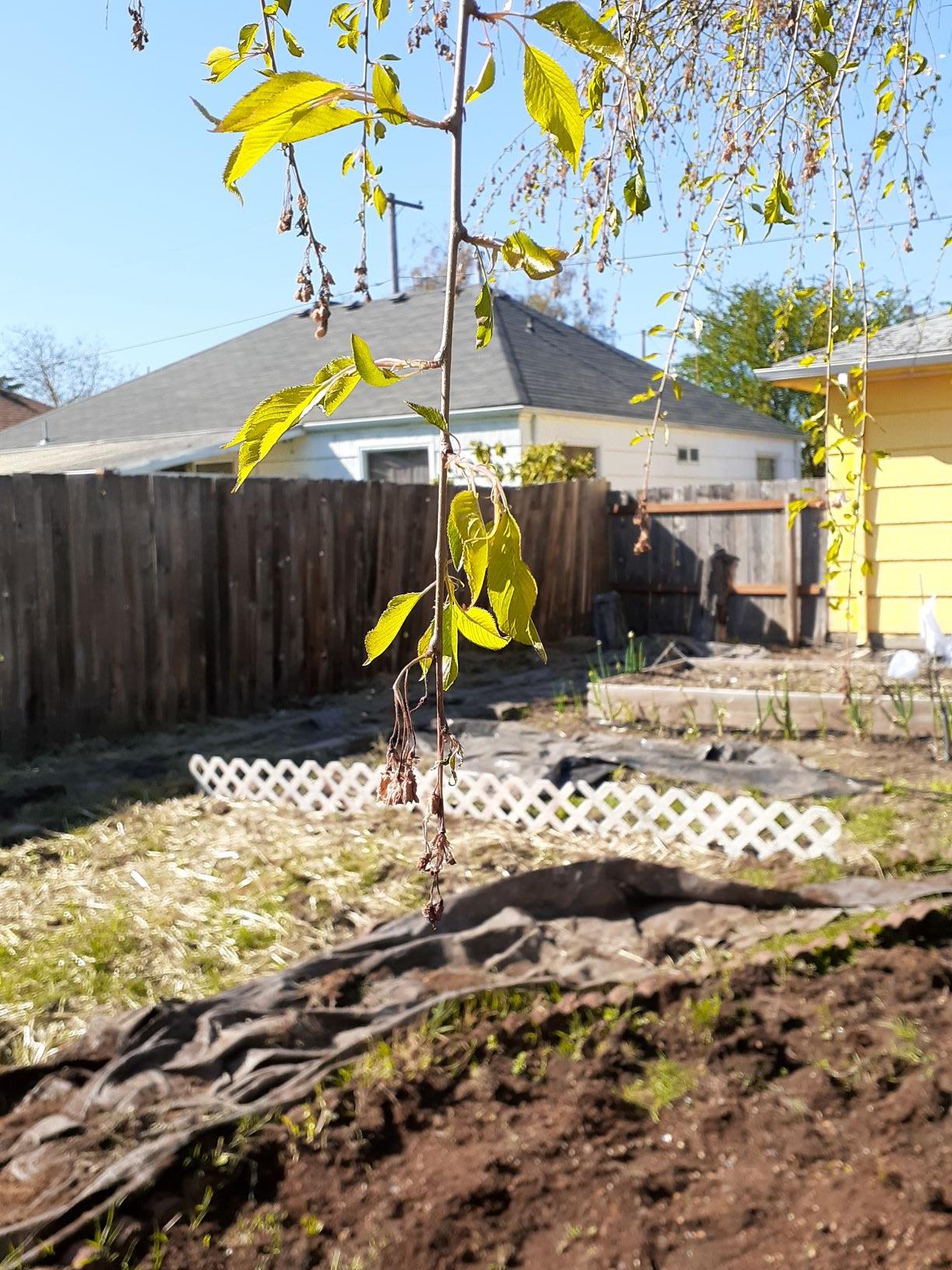 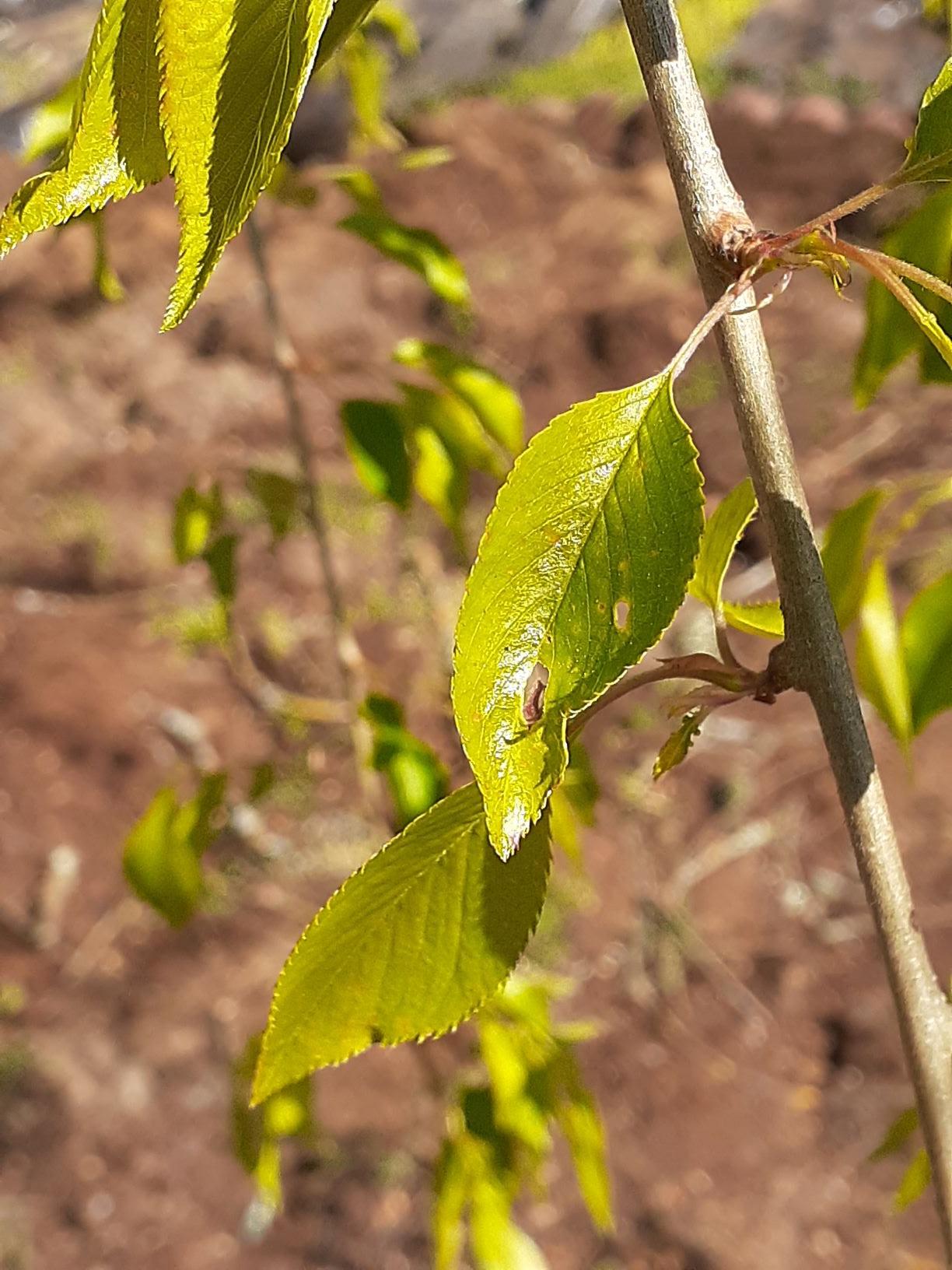 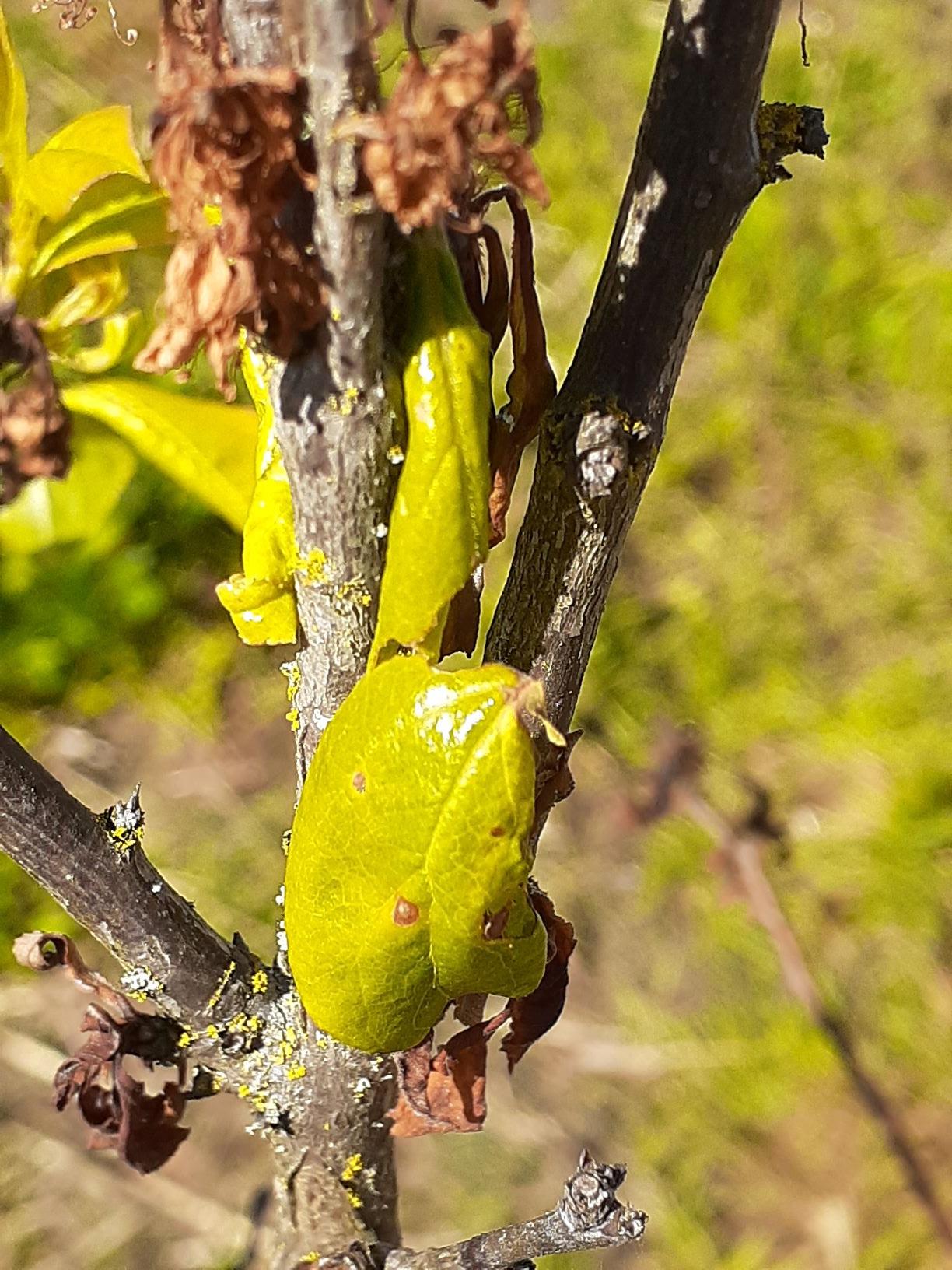 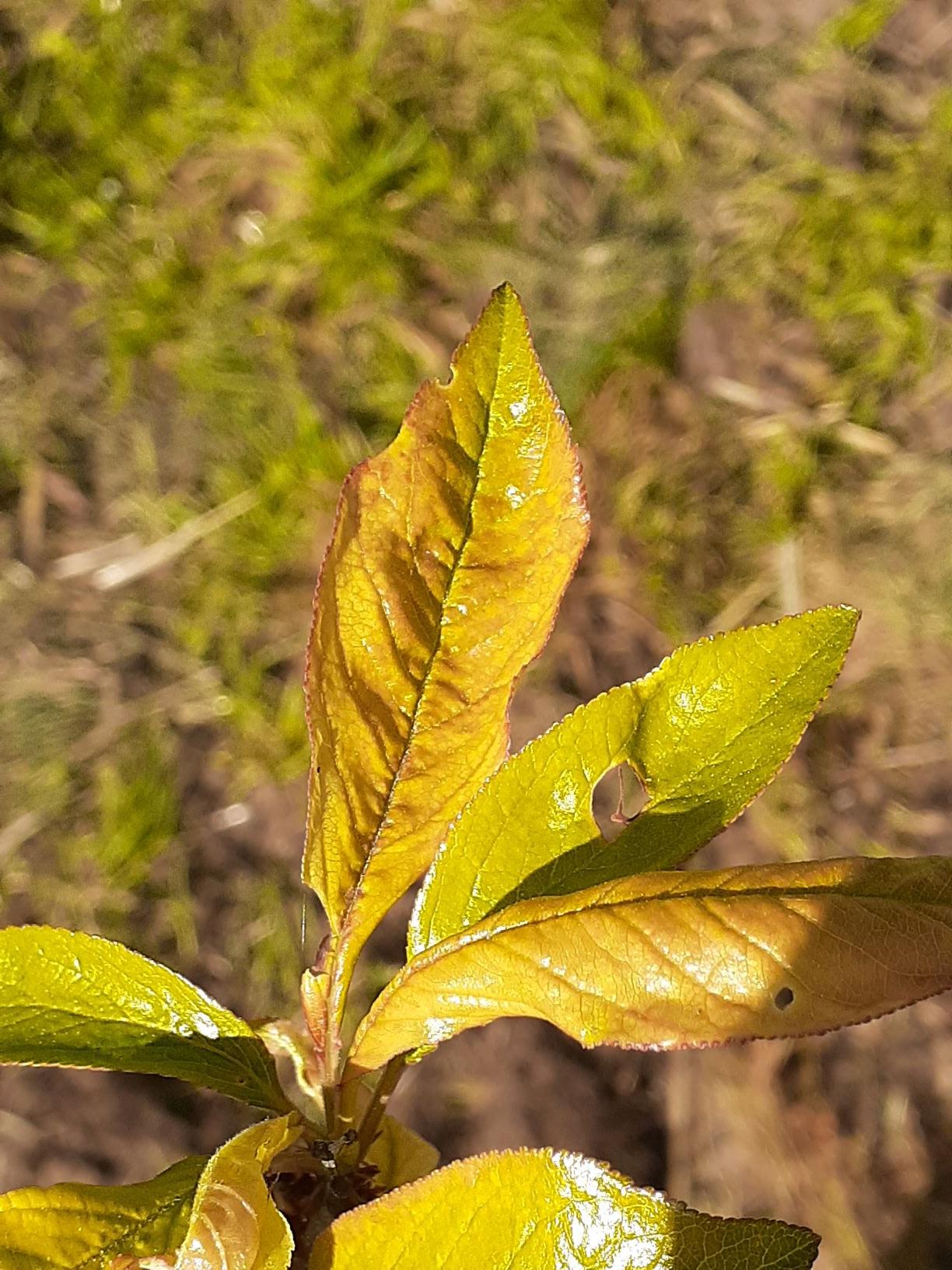 I cannot give you much information. But one thing I could say is with what the leaf's look like. Its some kind of spore disease of some sort. they spread very easily. Droplets of rain can spread it easily. I recommend Cutting off infected branches in a couple year process to not exceed 25% of canopy in one year. Disinfect your cutting shears after every cut before you cut a new branch to make sure you don't spread it even more. remove all leaf's at the end of the year so they are not on the soil.

Not the answer you're looking for? Browse other questions tagged trees cherries dead-branch landscape-fabric or ask your own question.

11
How much should I water my cherry tree sapling?
6
Can I espalier a regular black cherry tree starting with 1" trunk, 6' tall?
11
How can I make a single cherry tree bear fruits?
11
How should I care for a young cherry tree?
4
Why does my weeping cherry tree have brown spots on its leaves?
8
Dying tree with many holes
1
Cherry tree with wilted and dried leaves
1
Why are my cherry bush leaves dying?