Some vines around root of hydrangeas?

I am starting to see this vine (unknown name) going around and getting crowded below my hydrangeas. Is it normal and OK?

Or should I intervene and remove it? 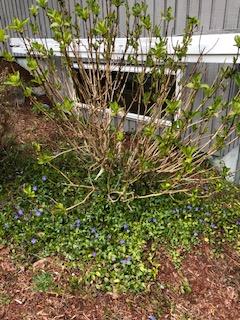 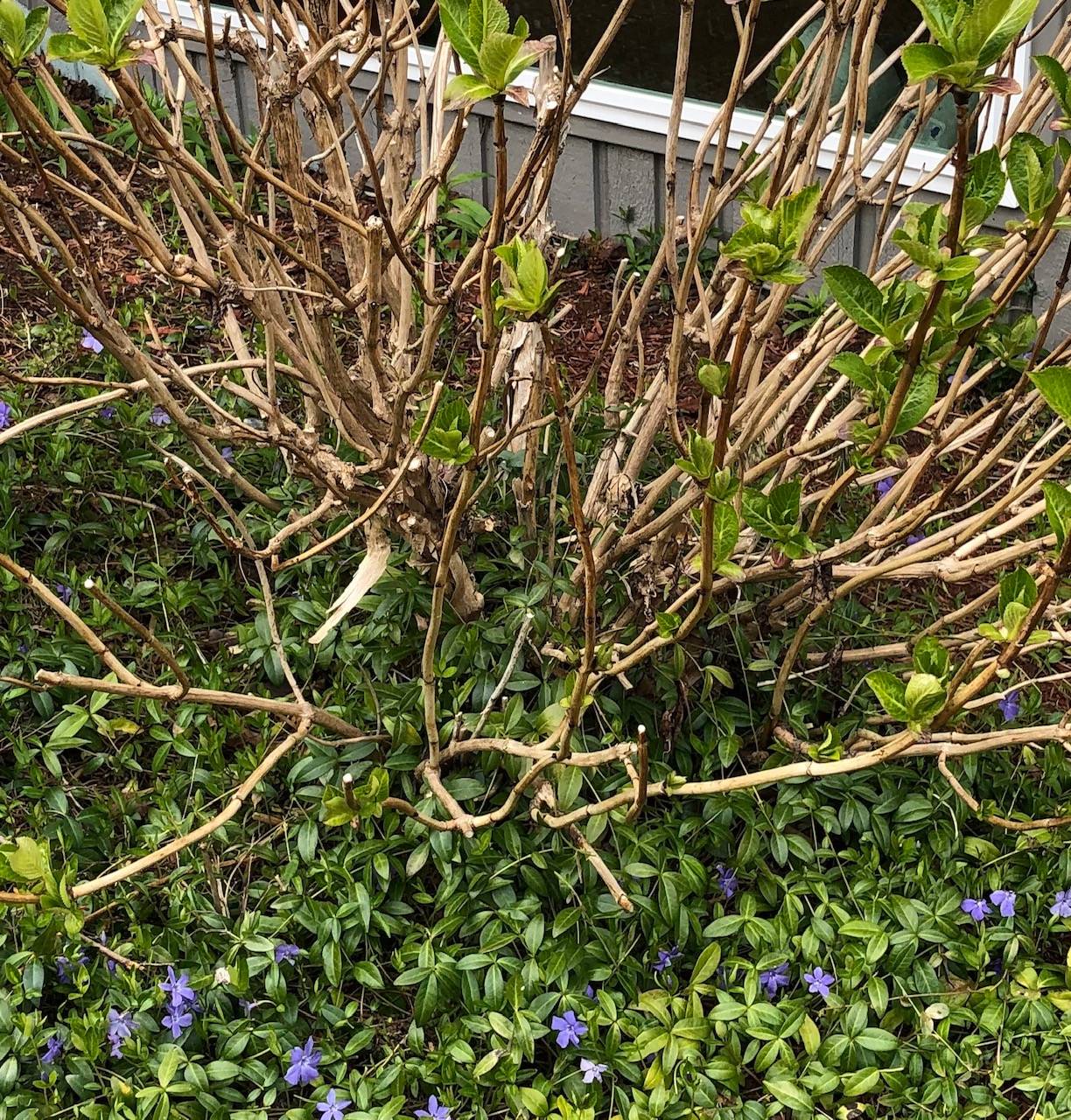 The plant surrounding and climbing into the Hydrangea is Vinca - not sure if its Vinca minor or Vinca major; common name is periwinkle. The difference between the two varieties is one has smaller leaves than the other and doesn't spread quite so far, otherwise they're very similar in appearance and habit of growth. I think yours is most likely the lesser periwinkle, Vinca minor, which is fortunate because it is a neater grower and doesn't sprawl out quite so far.

This is often planted as ground cover, particularly in shady areas. It does need to be kept under control, so you can certainly pull out or cut off the growths heading up the centre of the Hydrangea immediately; otherwise, once it's finished flowering in about 3 weeks, decide how much of it you want and dig up some and pull it out. You may particularly want to remove any growing too close to the base of the Hydrangea by digging it out carefully, so as not to damage the Hydrangea roots; the Vinca roots don't go down too deep into the soil, only a few inches. With any you leave to carry on growing, gather the stems up into the air and clip back to about 1 or 2 inches; this will keep the plant tidy and more under control. https://www.rhs.org.uk/plants/18969/Vinca-major/Details

Not the answer you're looking for? Browse other questions tagged vines hydrangea invasive or ask your own question.

8
How can I safely prune a melon vine?
6
Help identifying this vine with green and white heart shaped leaves?
3
Can anyone identify this vine?
4
Is this flowering vine diseased?
4
Encouraging wisteria to grow quickly
3
Why isn't this vine blooming any more?
5
How should I grow a Bower Vine, especially in a climate that gets hot in the summer?
1
Newly planted Hydrangeas do not look good
0
Will creeping jenny kill my honeysuckle vine?
1
Will vine survive after this?