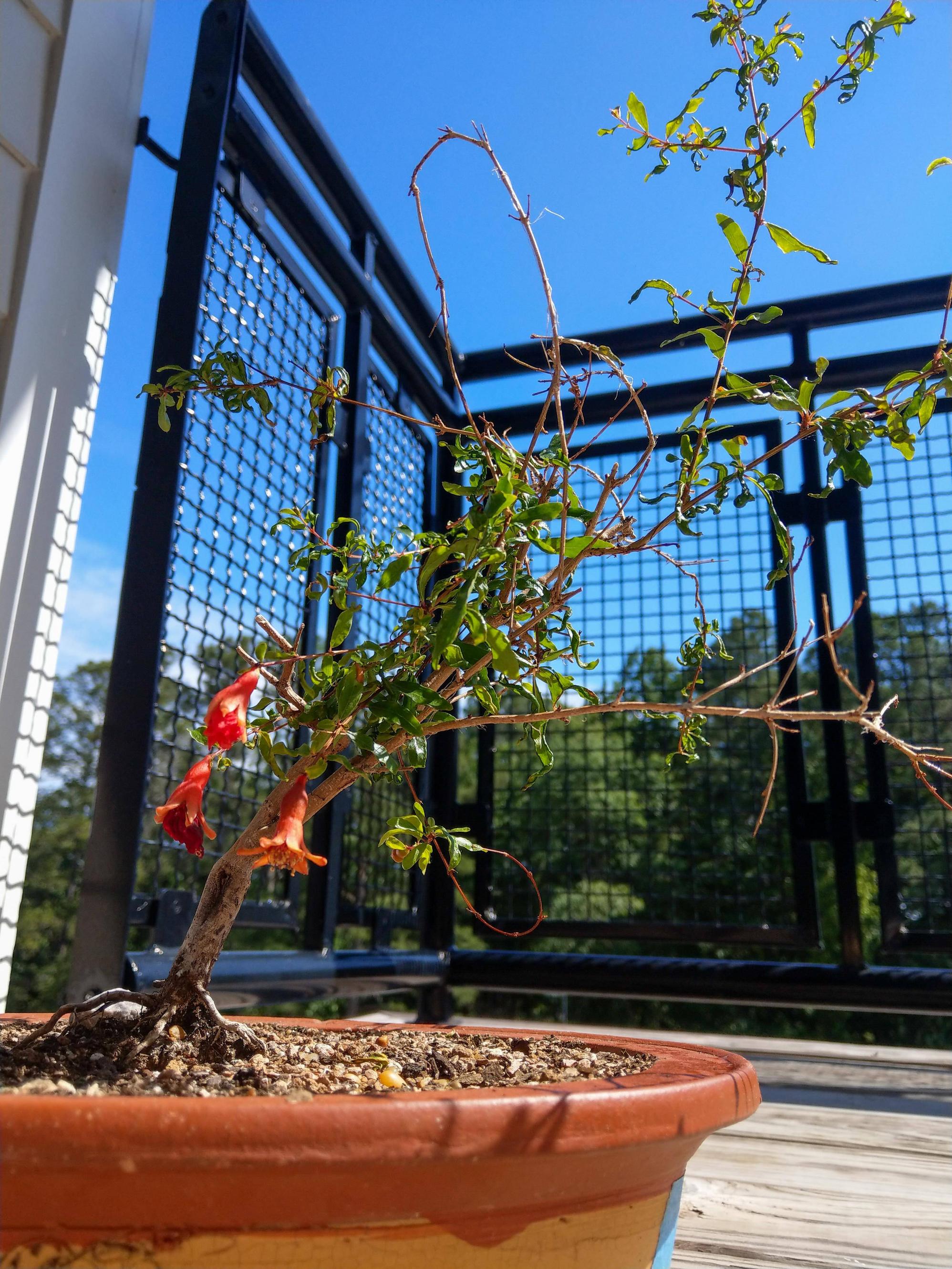 I live in coastal Virginia zone 7b and have had a small pomegranate bonsai for 6 years now. Unfortunately last spring it started to show signs of stress or nutritional deficiency. The leaves started coming out in spring but suffering extreme curling, but they were still green. Not wishing to remove them and leave the tree to gain strength I left it alone. News leaves would come in but most would curl.

About a month ago my area had 60-70 weather and I left the pom outside (usually it's on a North West facing windowsill that gets plenty of sunshine from noon to sunset) to gain some warmth.

However I neglected it and then allowed it to spend 2-3 days of sudden cold spells in the 20s and when I realized my error brought it in.

Signs of life for the pom came back within two weeks with buds erupting and showing new growth but some would emerge and then curl into a spindle, other buds tried to emerge and then appeared to get stunted and die.

The soil I use is a bonsai mix with great drainage but figured it might be malnourished and need some potting soil (I would water ever 2-3 weeks and allow it to dry out). Changing the soil with a 50% mix of bonsai and potting soil with a little bio-tone starter plus I repotted and left the pom to enjoy sun and air.

There are no bugs but the poms new growth continues to stunt and fail. Very few of the leaves do emerge and those that do survive seem to not curl, but it's a very few amount.

I notice some of the original leaves from its healthier days are now a reddish brown mix with dark green and seem ready to drop off.

I scratched the bark and see it still alive but fear that if the new growth continues to fail I'll lose it.

Any help is appreciated. Thank you

Link to google photos of Pom

4
Chinese Elm bonsai turning yellow after repotting
7
Are my tomato plants damaged by a chemical or a disease?
12
What is this bonsai tree with serrated elliptic leaves and why has it lost all its leaves?
5
What is causing yellow and brown blotches on my Roma tomato's leaves?
5
What are the curled darkened areas on maple leaves?
3
Chrysanthemum flowers and buds turning brown and dying, leaves wilting and getting brown spots
0
Can I approximate bonsai potting soil with regular commercial ingredients?
4
What type of bonsai tree is this and why is it losing leaves?