My Ficus developed black spots (see image), and lost some leaves. When I removed the pot from its ornamental pot, I spotted some white maggots, around 1-5mm (see bad image).

Do the maggots have anything to do with the spots or are these two independent issues? 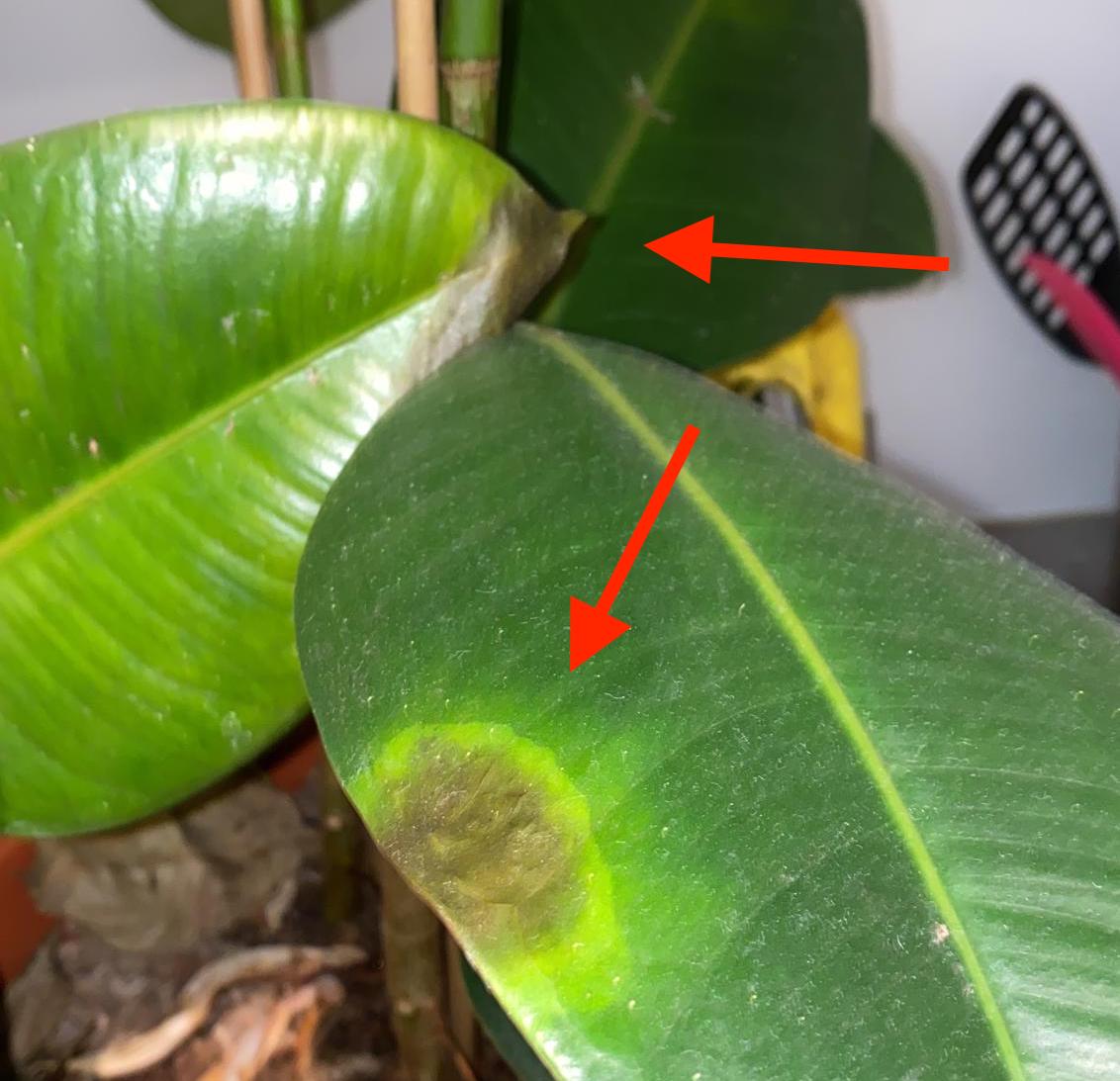 notice the few bigger ones and the many many tiny ones: 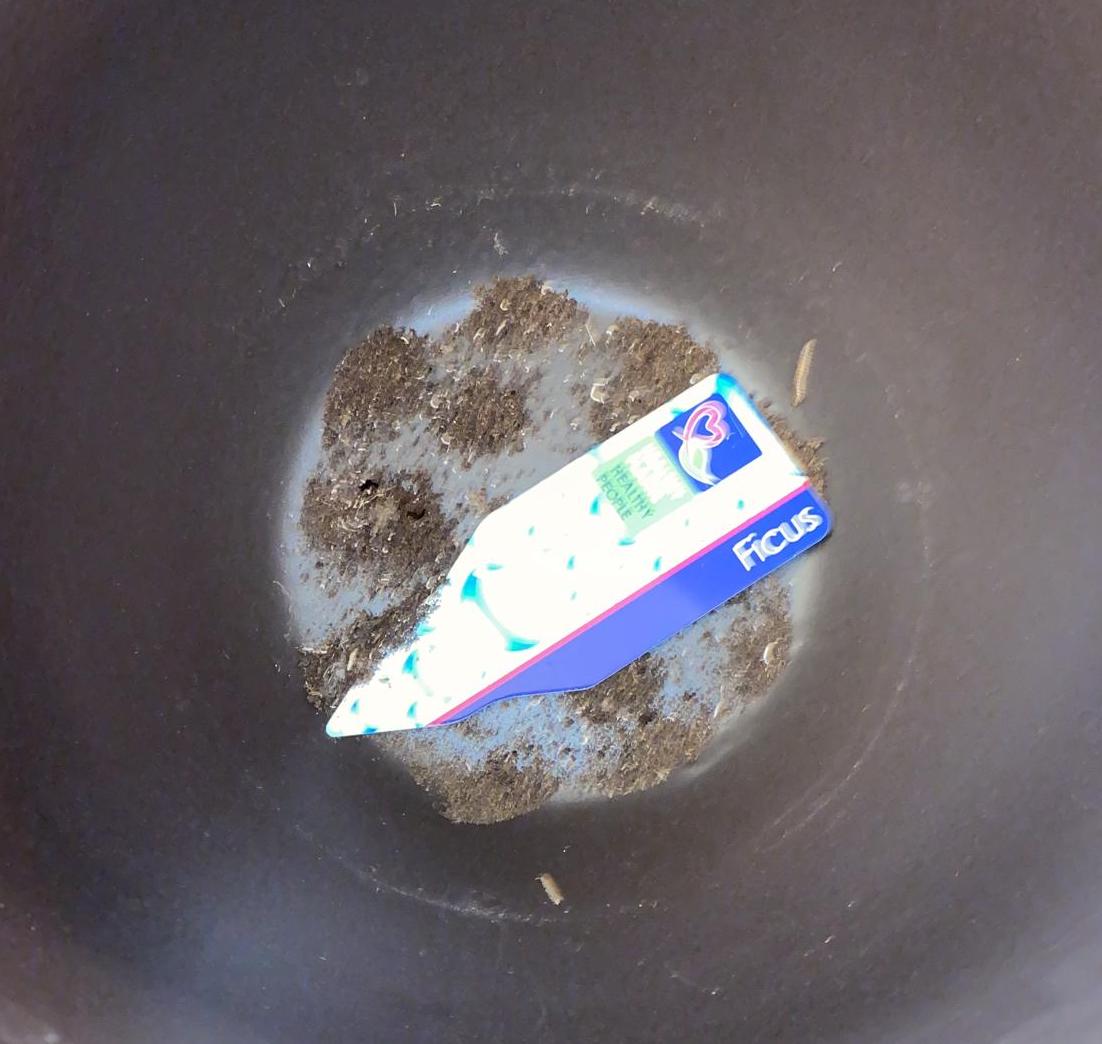 Well, to hazard a theory, they may be connected. The theory hinges on the nature of your potting soil. When you examined the root ball of the plant was it sort of wet and have you been making sure it has enough water, that is, too much?

Say the soil was composed haphazardly of disparate materials from vague sources and contains some badly decomposed organic animal matter - this will attract flies that like to feed on the raw stuff, and of course they might like to lay eggs and in the course of events these hatch and continue until the raw matter has been used up at which point you no longer have that problem.

Ficus elastica has very substantial leaves, each of which is a store of water and nutrient. In addition the glossy surface of the leaves indicates that it is slow to allow water to transpire. In this way it is a bit like a cactus, drinking occasionally from its roots to refill the leaves. When satisfied with enough water it expects to be able to breathe at the roots. If there is still too much water in the root ball the balance is disturbed leading to various effects in the roots and leaves; the stems are much slower to show effects. Different soils have varying abilities to allow excess water to drain away. So as you can see we are back to the quality of your soil.

Not the answer you're looking for? Browse other questions tagged fungus ficus or ask your own question.

2
What is causing white spots on my Ginseng Ficus?
8
Is this fig tree disease or just malnourished?
2
Identifying brown spots with Jade and lemon tree
3
yellowing leaves and black leaf parts on alocasia
4
Leaves are dying slowly on Raspberry plant-what on earth is wrong?
3
Strange spots on leaves on rubber plant (Ficus Black Night)
3
Brownish yellow spots on monstera