Over 1 month, lawn hasn't come out of (what I assume is) dormancy. Is it dead?

About a month ago I asked this question about my lawn. To summarize, I just had this house built, so the grass was only put in a few months ago and the sprinklers did not turn on for 1 week last month. The suggestions I got all said to just keep watering it and it should come back in a few weeks. It's been over a month now and I see very little improvement to the grass. This is what it looks like now. 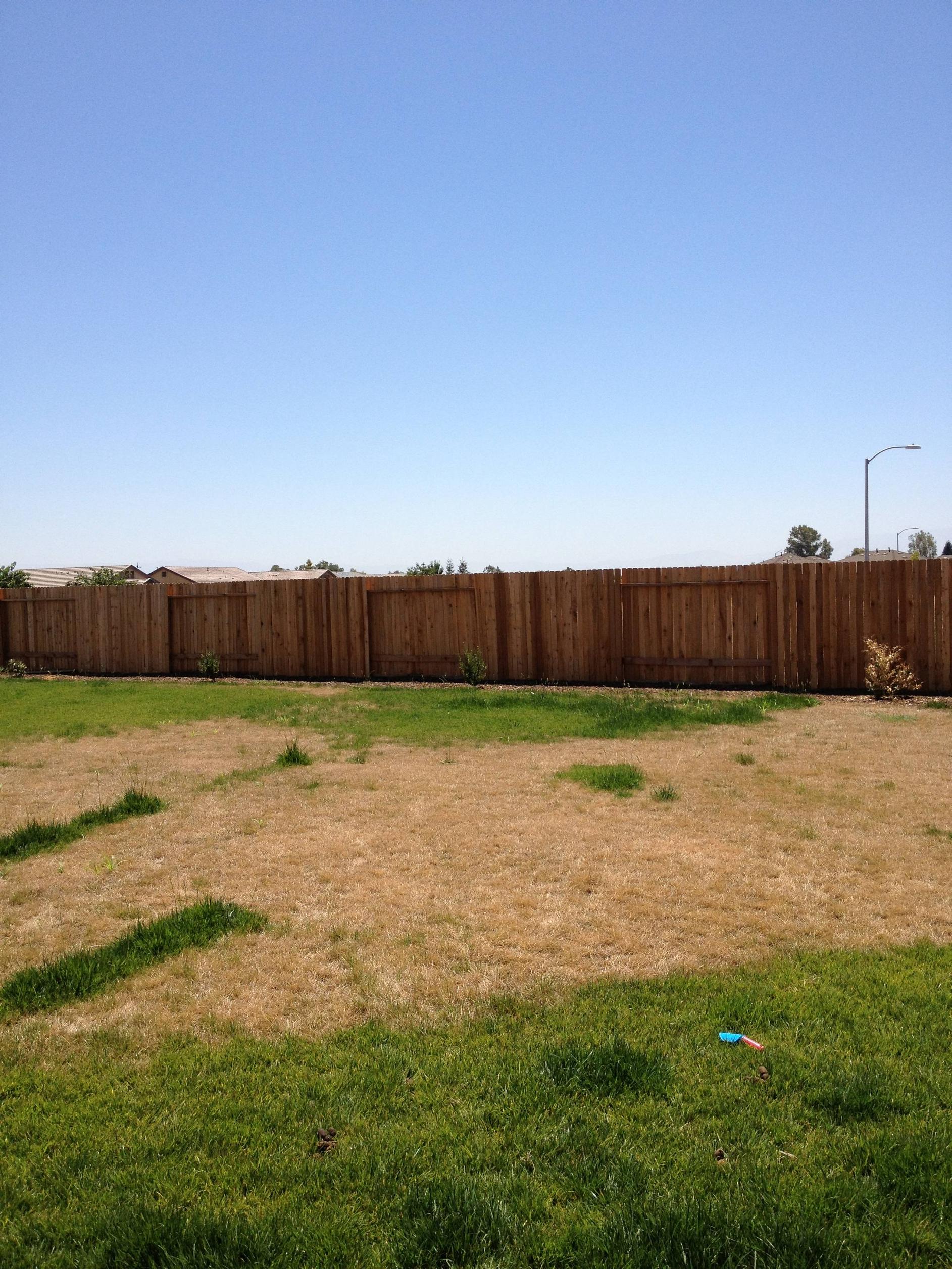 I also applied this plant food after a suggestion from the original landscape company and I have not cut the grass at all. Is there anything else I can do to get my lawn back or do I need to cut my losses?

EDIT: To add to the information above; the grass was sod when it was put in a few months ago. Do I need to hire a landscaping company to tear it all out and re-apply sod? What are my options?

You can't just spread grass seed - you'd need a fine tilth of about an inch of soil to sow it into, and what you've got there are dead sods. I'd lift them and replace the dead ones with new sods, but what I'm puzzled by are the bright green strips on the left of the picture. They're turf or sod shaped, and I can't imagine why those two bits would remain bright green, but immediately next to it are large dead areas of turf. Which is why I asked about your sprinkler system working properly...

I suppose its possible you over applied the lawn feed in those areas, and that might have caused the extreme green effect, but for any feed to work, the grass has to actually be alive in the first place, and I suspect you applied feed when half of it was already dead. So that doesn't really explain those two strips either...

Turf either roots into the soil underneath in two or three weeks and starts growing, or it dies.

I guess the strange green strips going into the dead area "got lucky" and found something they could grow in.

If this is on a new-build house plot, I would question whether the ground was properly prepared (and even if it was actually soil, and not builder's sand!) before somebody just unrolled a truck load of turf because they had been paid the bare minimum for the job. Unless there is some soil that can grow grass underneath, replacing the turf will be throwing more money away.

If it was my property, I would take up the dead stuff now, make sure what is underneath it is properly prepared, and postpone replacing the turf till about a month before the end of the grass "growing season" in your climate. That way, the ground will still be warm but the new turf won't be fried by summer sun, and you will probably have more rainfall as well. If you do that, don't mow the lawn until next spring.

7
Can I save a lawn that wasn't watered for a week?

34
Making a yard that's settled more level?
5
Seeding patches in the lawn
3
How do I fill in dead patches in my lawn?
3
My Lawn Keeps Dying
5
How should I flatten my uneven back yard in Toronto?
6
How can I prevent yellow and dead grass?
4
Recommendations on fixing my uneven lawn
4
Caring tips for a new lawn
4
Rocks and sticks in loam used by landscaper. What to do?
1
Is it OK to re-use existing turf/sod when levelling lawn?