I am growing oyster mushrooms. I am a beginner. My first batch. It has been something like 10-11ish days now since I started the batch. It is almost three quarters colonized. Suddenly some brown-red spots appeared.

I used woodchips and oat bran as substrate,

Here are the photos of the spots 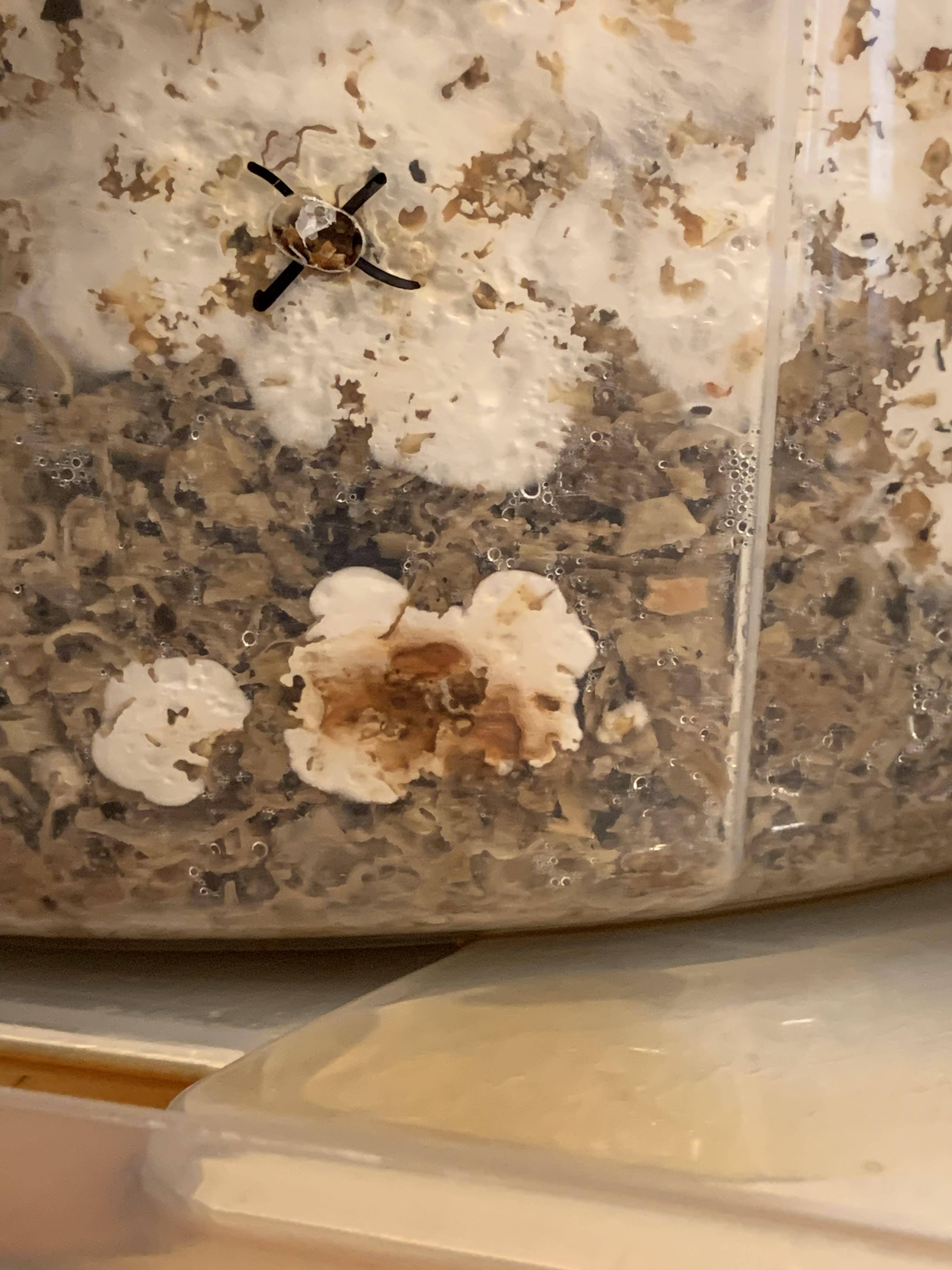 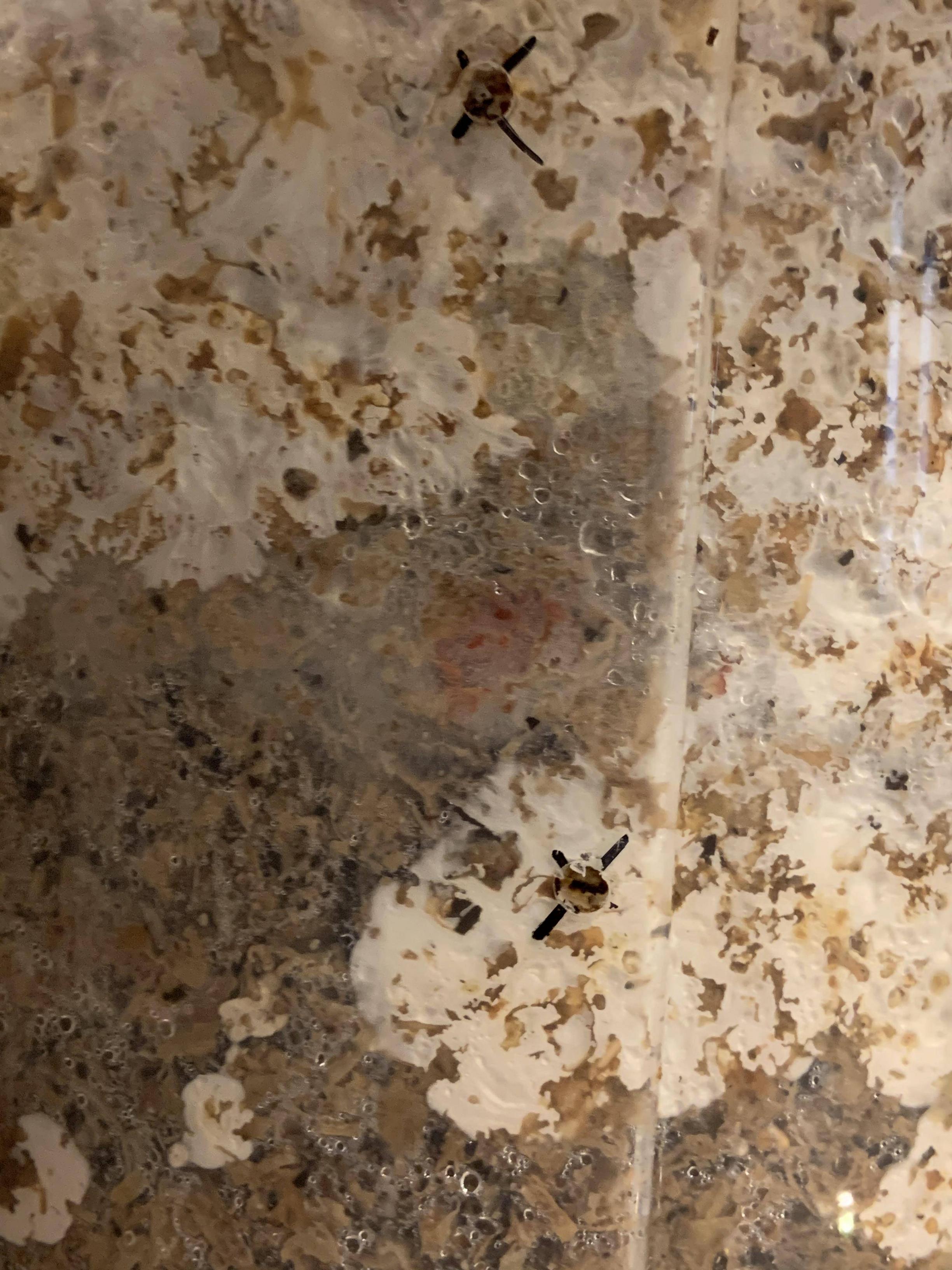 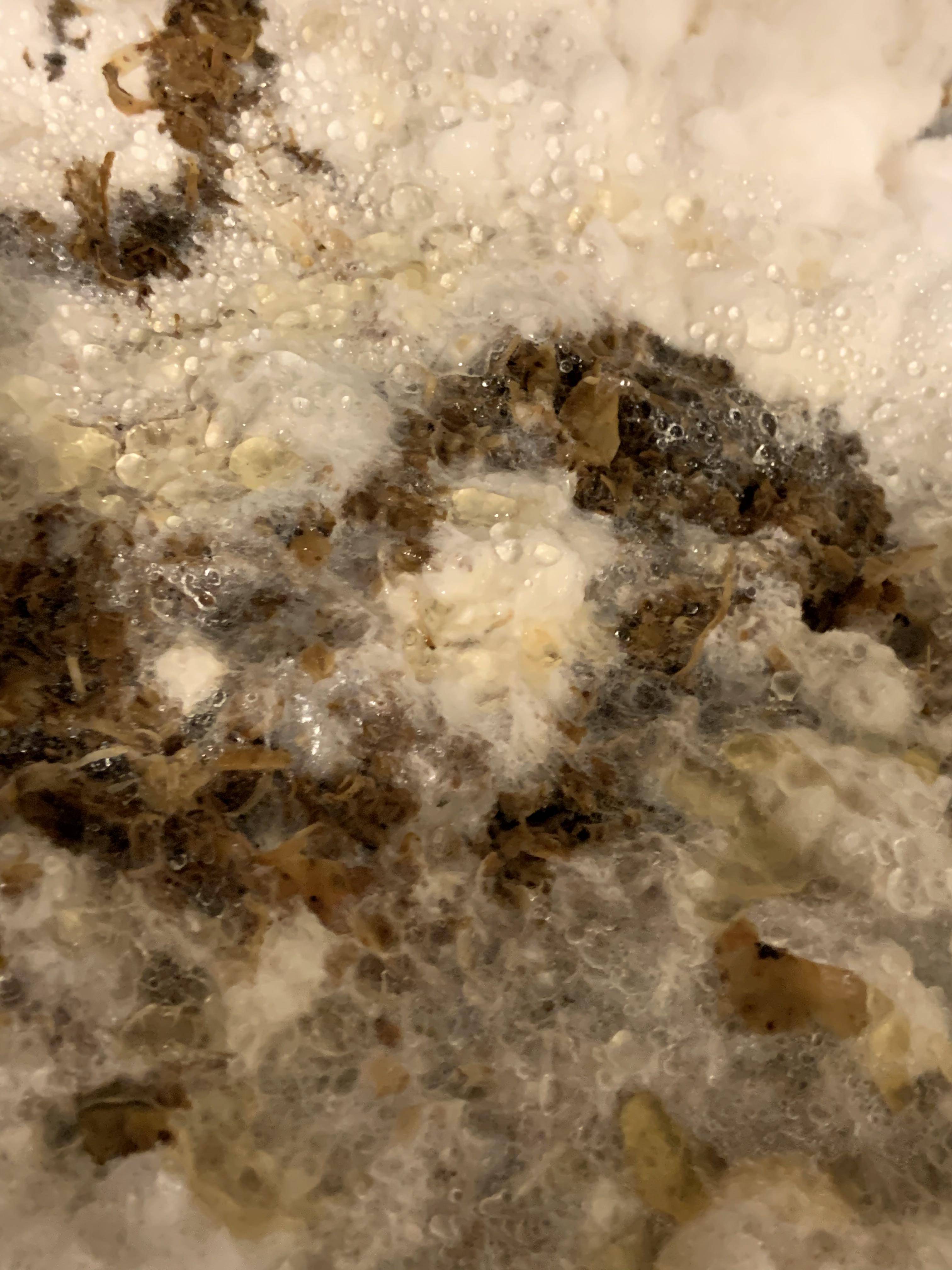 I don't want to mist it now because it hasn't colonized yet?

The orange liquid is a metabolite that the mycelium produce, typically in response to some stress.

How did you sterilize the substrate? If using bran as a supplement, you really should be sterilizing rather than pasteurizing (which is just fine with un-supplemented substrate like chips or straw). A bacterial contaminant would cause the mycelium to produce this orange liquid.

I think the moisture content looks good - there's moisture on the walls, but no pooling at the bottom.

What is the temperature? Remember that the core of this will be up to 5 deg F or more higher than the outside. High temps could cause a stress.

That said, I've grown oysters many times, seen the metabolite in many grows, and have had most of them turn out just fine. I wouldn't worry about it.

Not the answer you're looking for? Browse other questions tagged mushrooms or ask your own question.