Why did hydrangea flowers change from pink to light yellowish/brownish green?

We have a hydrangea in its second season planted outside (New York region). The plant gets a lot of sun for most of the day.

The plant had pink flowers the first season and the beginning of this season but not far into this summer the flowers turned a light yellowish/brownish green.

Nothing changed in the soil composition during that time.

Could the change in color be due to a problem with watering and/or the amount of sun?

I've included a photo of the plant below: 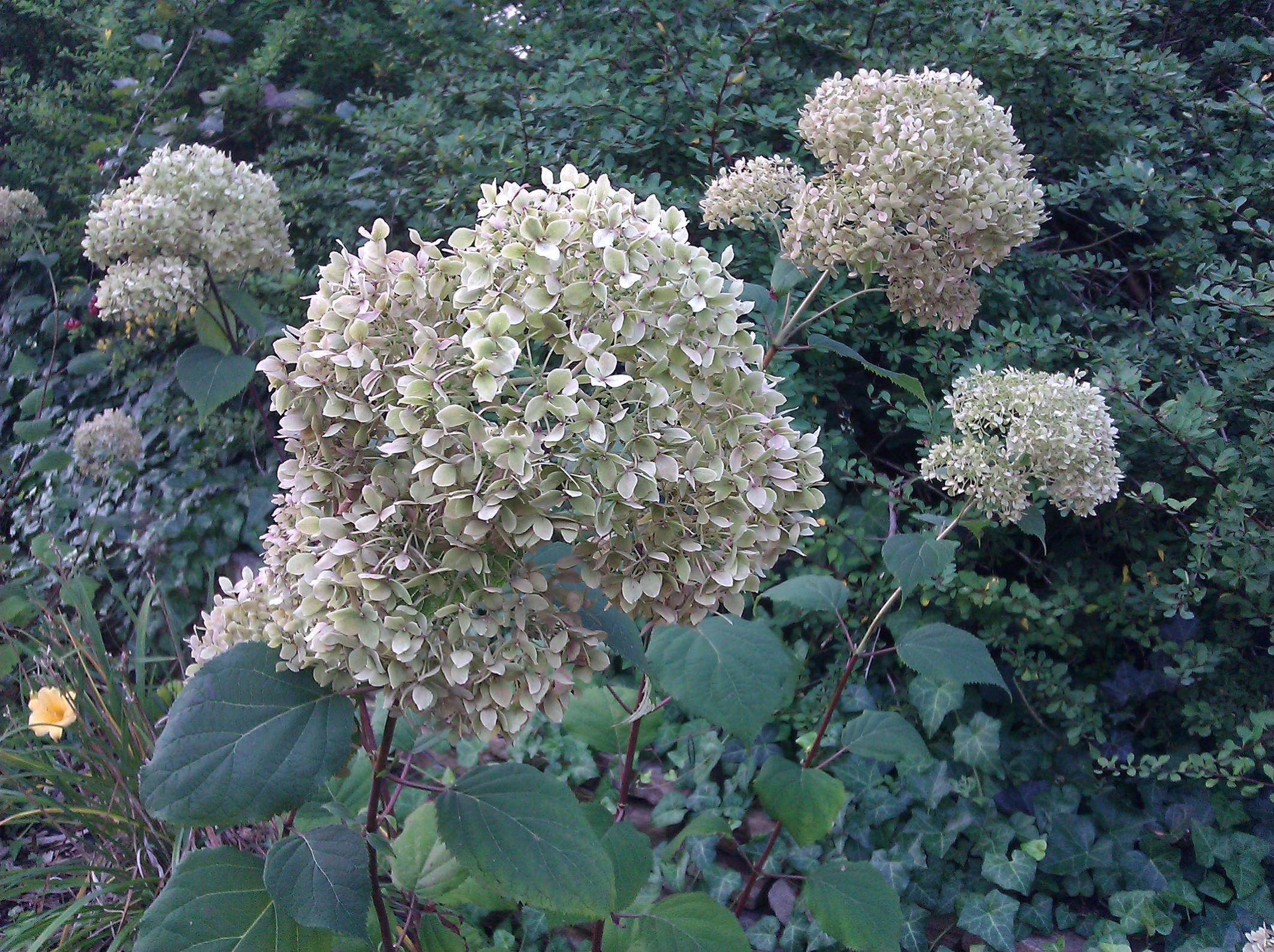 Makes it more difficult to diagnose because we don't know the variety. The leaves are quite dark green for a hydrangea, and also rather sparse, seemingly. Note that flower colour change (from pink to blue, or the other way around, or from blue to a sort of faded lilac) is an indicator of the ph of the soil, but this is only true in Hydrangea macrophylla 'hortensia' varieties. Yours, though, looks more faded, like the flowers do at the end of the season, as they start to dry.

Hydrangeas generally prefer dappled shade, though some tolerate a fair bit of sun, and they like moisture retentive, but not waterlogged, rich soil. As you only planted them last year, I'd assume this is a watering issue, given that they're in full sun. If you'd had a very hot year with blazing sun, that might have faded the flowers like this, but infrequent and insufficient water supply would have a similar effect. Given the scarcity of foliage (unless there's more lower down, out of shot, which is lush), increase watering. Best to water a lot and infrequently (once a week if its dry) rather than a little daily. If you didn't enrich the soil before planting, a mulch of good composted material (animal manure compost or good soil conditioning compost) applied in spring around the base should help.

Not the answer you're looking for? Browse other questions tagged watering flowers hydrangea or ask your own question.

9
How I can persuade an olive tree to flower?
12
How do I change the color of my hydrangea flowers?
3
Why are my hydrangea flowers dying, but the leaves look OK?
7
Why did my orchid change colors from purple to white?
8
Why isn't my hydrangea producing flowers?
5
What is this small annual with narrow gray/green leaves and rust colored daisy-type flowers?
4
Why did my hydrangea's flowers die?
2
Chrysanthemum blooms partially deformed and colors faded
2
10 months old rooted hortensia, is it chlorosis? What would be a simple hobbyist gardener's treatment?