What is wrong with this lemon tree? What can be done?

My lemon tree, which is about 2-3 years old, has started developing nodules a few months ago, as in the picture below. 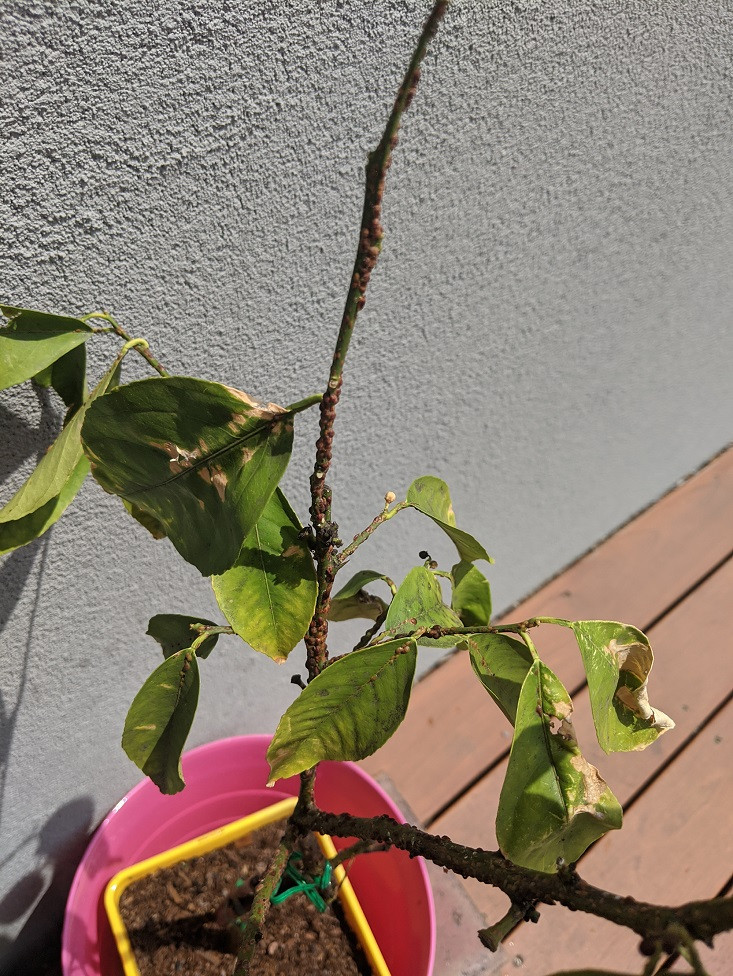 There are also a lot of ants on it, and I believe the ants arrived around the same time as the nodules. Perhaps relatedly, some of the leaves have started to turn yellow.

I would really appreciate any advice about what's going on, and what could be done to counter it.

I hate to be the bearer of bad news, but it’s not your lemon tree that developed the nodules, it’s an armored scale infestation. (And a massive one, judging by the photo.) The ants are likely there for the honeydew, excreted by the insects - although most sources claim armored scale don’t produce it, so it may also be that they prey on them, but certainly not to an extent that would eliminate the infestation.

Scale is treatable, but you need to consider that the hard shell shields them from a lot of insecticides. The younger specimens can be treated more easily, for the adults, scraping or washing them off with rubbing alcohol is a start. If you can’t take the systemic (= absorbed through the plant’s roots) route, you need a lot of patience. Left untreated, the plant will die, it’s in a bad shape already and the scale insects are depriving it of nutrients.

Positive identification is that you can remove the brown bumps on the stem with your fingernail and the presence of sticky sap around the plant.

Not the answer you're looking for? Browse other questions tagged lemons or ask your own question.

6
What is this black spotted disease on my orange tree?