What kind of disease is this, which is ruining my crop

I have grown castor in 5 acres, Castor is not traditionally grown in our area, but in the last two years my father has been growing this crop, because its price is high in the market.

Last year's crop was very good, but this time a new disease has occurred, the leaves of the plant have wilted. Flakes of fruits are very weak. What kind of disease is this, which is ruining my crop. Which medicine(salt) should I use to get rid of this? 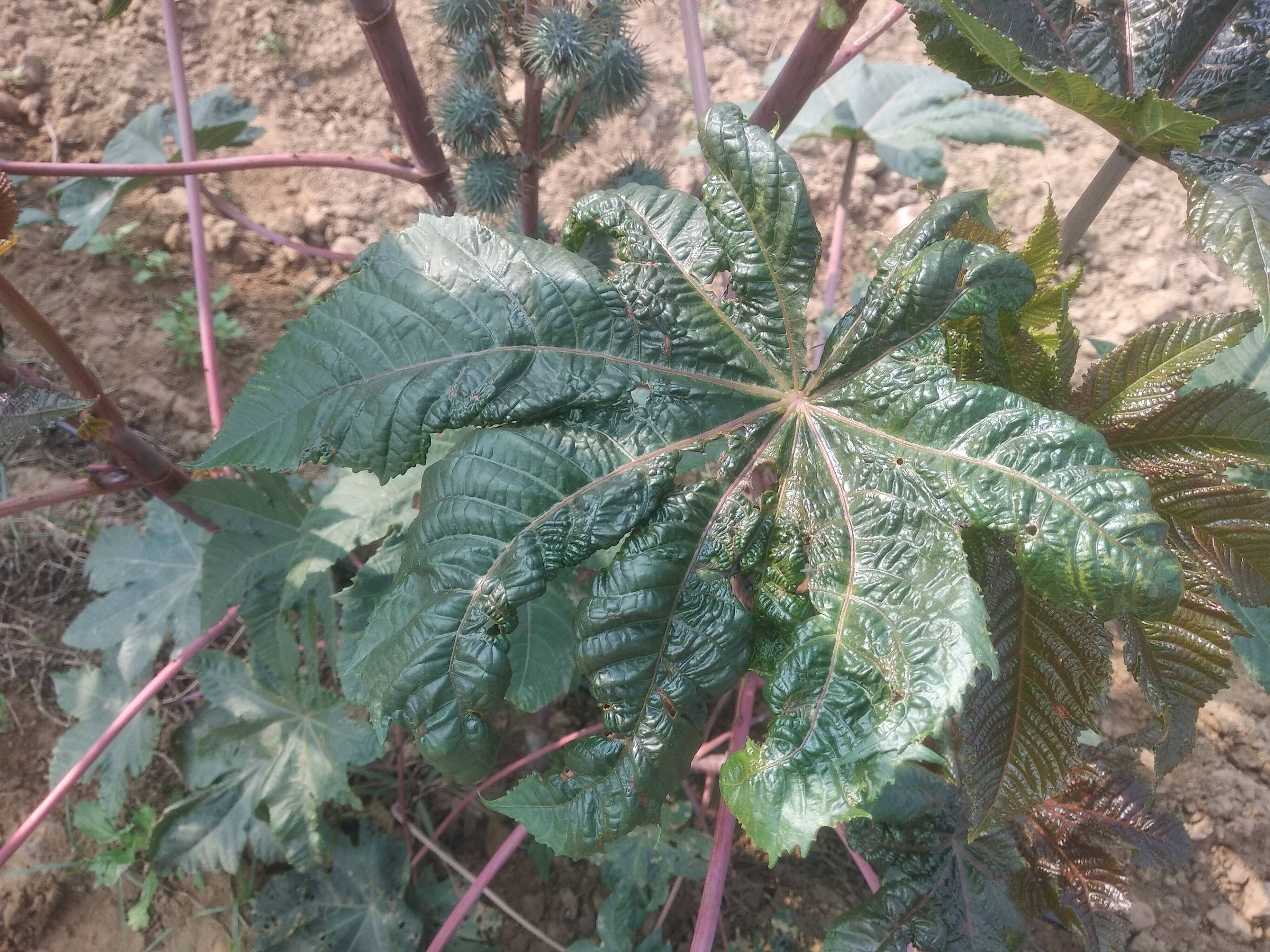 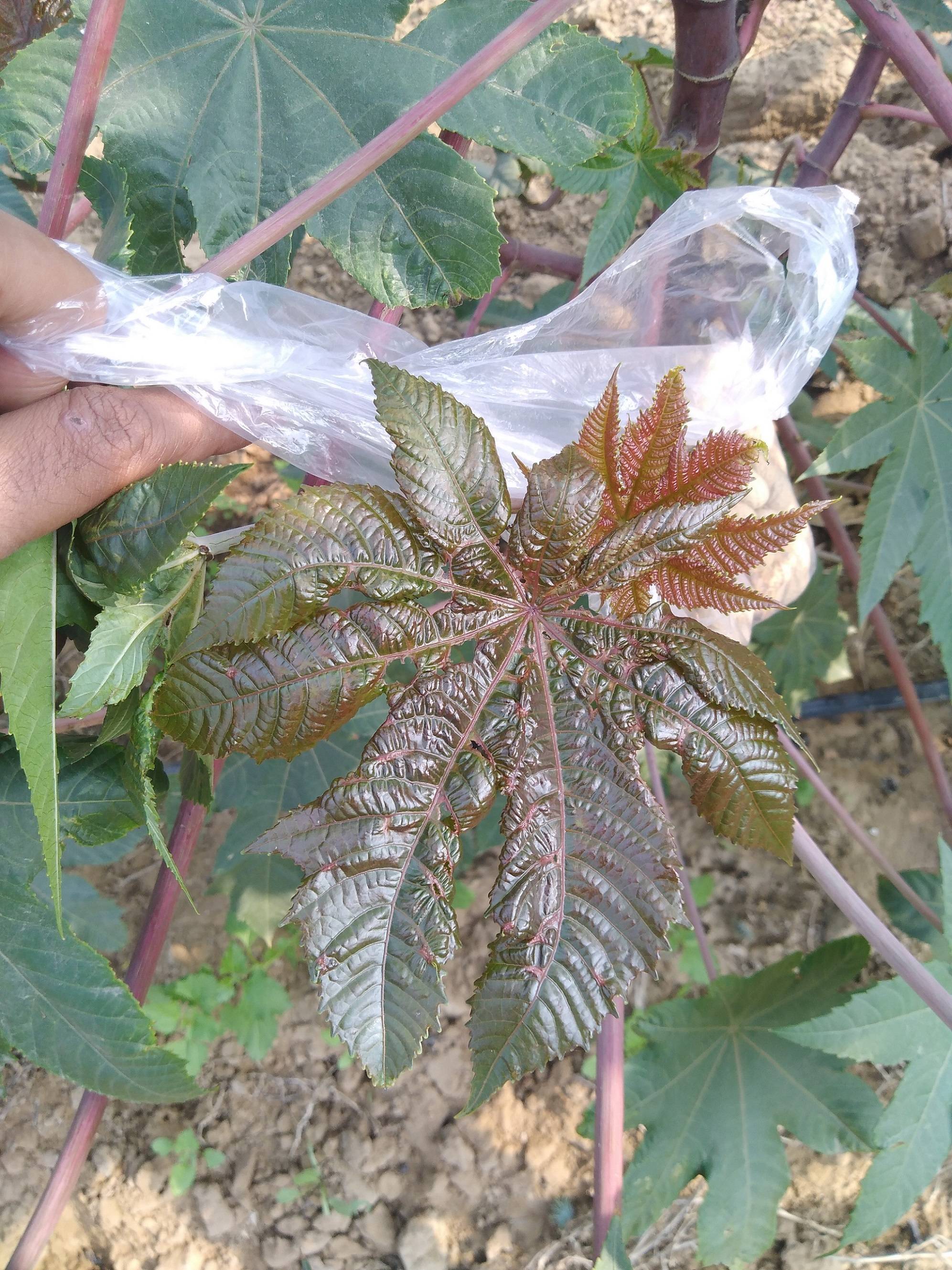 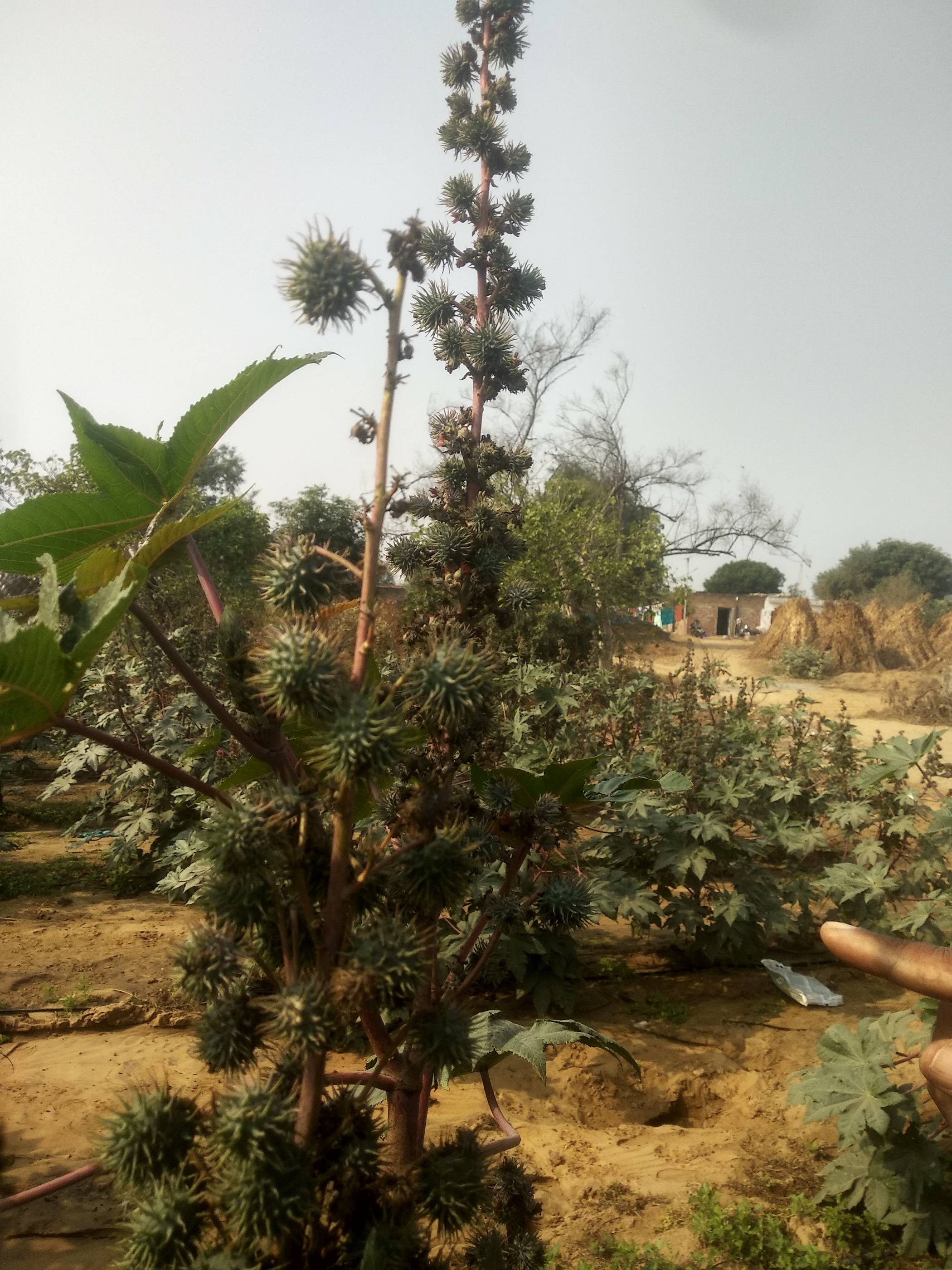 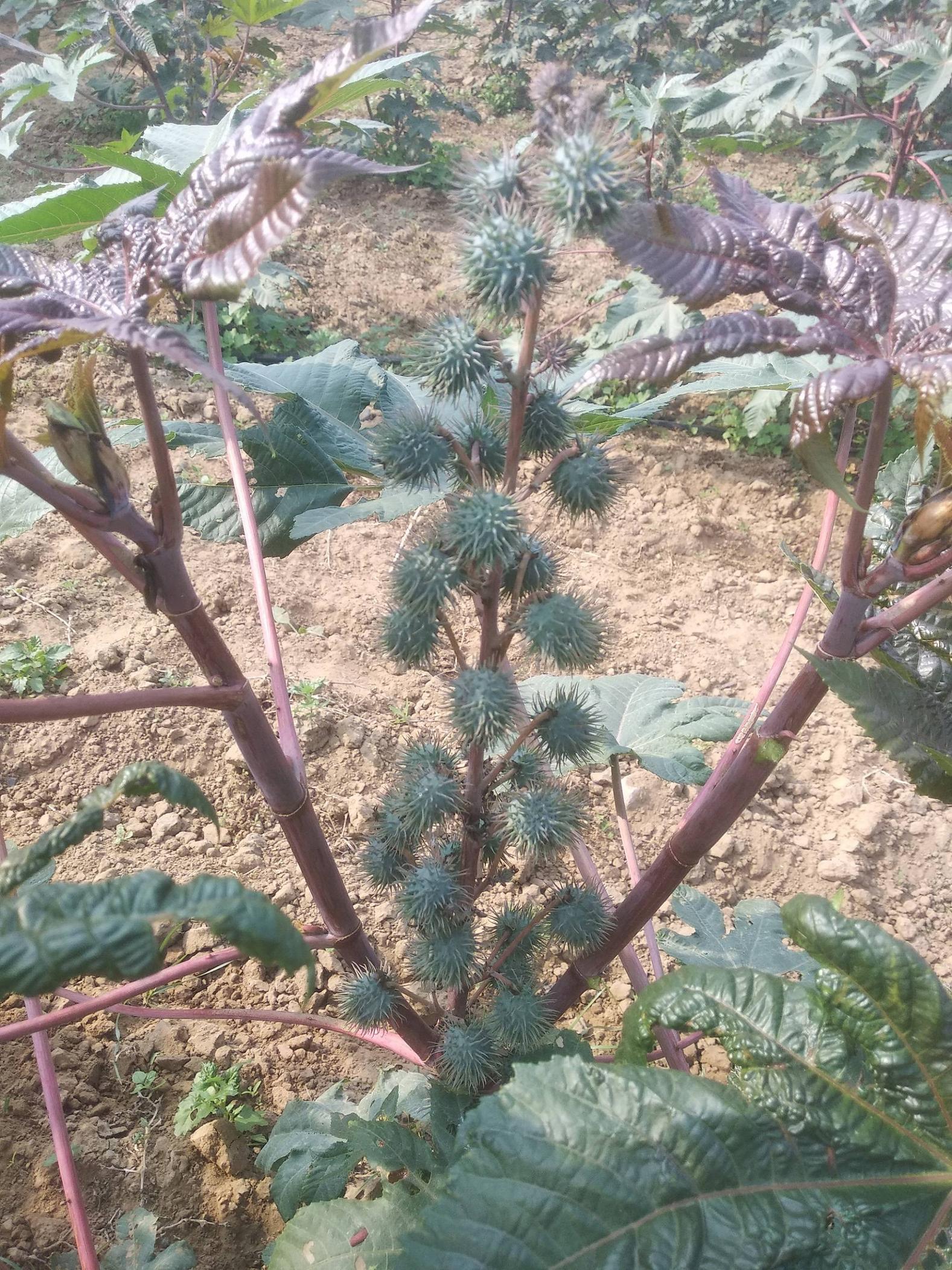 I'm not certain what the problem is - the puckering and wrinkling of the leaves might indicate a viral infection, but I'm not seeing any yellow bars or spots that often go along with a virus, though that particular symptom isn't always produced. If it is viral, it will get much, much worse.

It's also possible that the new leaves were nibbled/damaged by something when they were very small, before they grew and opened out properly - that would also cause distortion in the growth. That would also explain why you can't find any insect problem currently - whatever caused the damage has either already gone, or does mnot actually live on the plants. In parts of India where castor is grown as a crop, it is usually not grown as a mono crop - there is a study here: Intercropping for management of insect pests of castor, Ricinus communis, in the semi—arid tropics of India, with evidence to demonstrate that growing certain other plants in amongst the crop helps to significantly reduce pest problems, what's known as intercropping. Next year, don't attempt to grow a mono crop of castor - it's worth interplanting in the way suggested in the link.

Not the answer you're looking for? Browse other questions tagged plant-health diseases plant-care insects or ask your own question.

18
What is happening to my chilli plant? How can I help it?
5
Should I rotate border vegetables, or plant a perimeter of onions/scallions each year?
5
Why are my snack peppers wilting?
1
What cactus' disease is this?
1
My over 23 year old Mango tree wilted and cracks on barks. Verticillium wilt or Dieback?
1
What kind of a disease is that?
3
Avocado leaves have various type of browning and dying young leaves
2
3 Mango Trees (6 months old); Grayish-Orange Spots heavily progressed; Blackening/brown curling leaf tips; 1 Mango Plant losing all its leaves!