We've had a landscaper over to replace a retaining wall, but he dumped/spread the dirt he dug all over our lawn. It's heavy clay so I'm not sure if grass will grow through the clay. Our lawn hasn't been in a great shape due to the drought we're having (Australia), but I don't want to have two inches of thick of clay cover - completely bare. Anyone know of a good way of handling this? Is it a good idea to just keep watering the clay and hope something will grow through it? 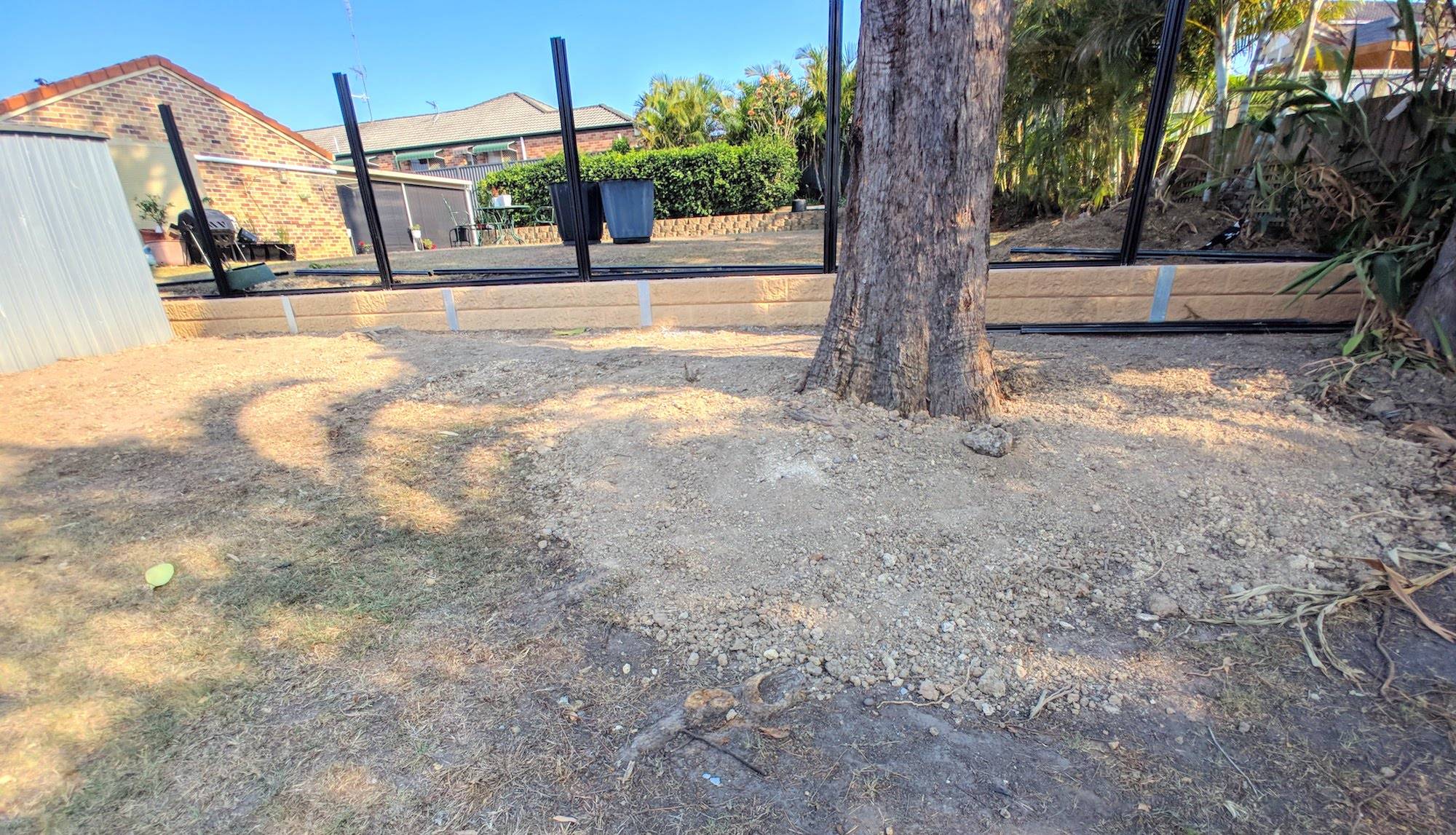 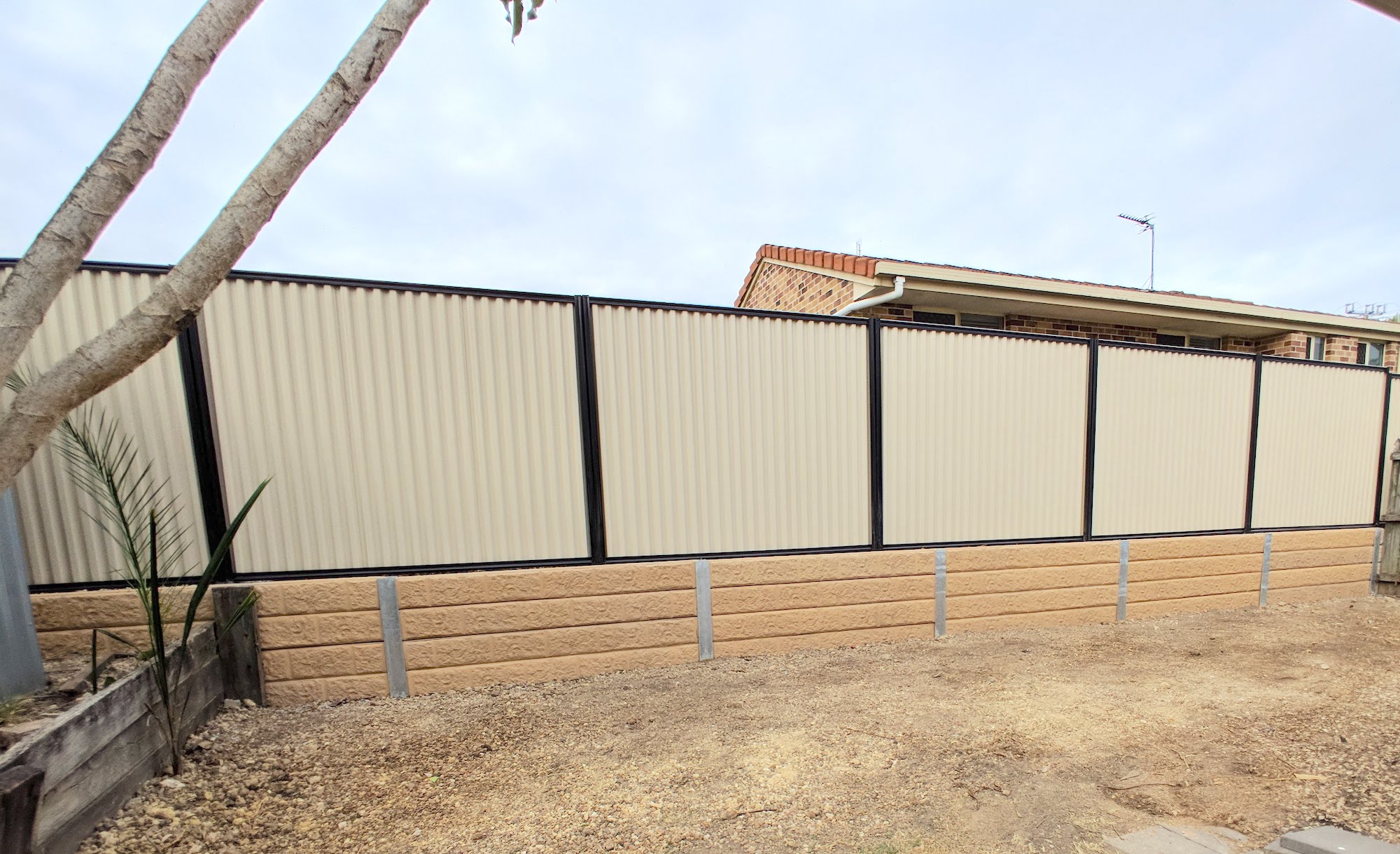 Hmmm... clay is a funny thing to work with. It is a perfectly natural type of soil which tends to cling tightly to nutrients so rarely needs fertilizer, and only cracks when it gets very dry. When disturbed, as in digging for foundation for your wall, it fluffs up and takes up more space than it does when settled. Landscaping in clay therefore is an art, and as part of the deal you can expect settling after the initial work is complete. So one way to do this is to excavate for the wall, set the surplus soil aside, complete the wall and provide some gentle irrigation to cause the work to settle. Inevitably this leaves low points so you pull as required from the surplus pile to bring grade back to an acceptable level.

Then the question is what to do with the remainder. You don't want to leave it in a pile since it can harden up and then you are stuck with a pile of soil that will be tough to work with. One solution is for the landscaper to take the soil away and use it as fill somewhere else (it is perfectly good clean soil after all) or to use it on site in a manner that best benefits the yard; normally this would be done by arrangement with the owner. Spreading it on existing grass might just be a good idea as long as it is not too thick; the reaction of the turf will really depend on what type of grass it is - can you identify your mix of grasses? Is your "two inches" a hyperbolic reaction to the immediate situation or a true measure after settling?

I see that some was spread around the tree - is the landscaper trying to help you cover exposed roots?

As you can see there are a number of factors to take into account. It could well be that if the landscaper is reputable the crew probably acted with your best interests in mind.

I assume you've already paid for the work, which is unfortunate, because you can't now force him to come back to put things right by withholding some or all of his payment. From the image, it looks as if there might be some left over building materials or general spoil mixed in with the soil too.

What I'm concerned about is which layer of clay soil he's dumped over the garden. If it's subsoil (from beneath the top spit or spade's depth of soil) that will be virtually inert, with no nutritional value to plants; you really don't want that on the surface. Given he's replaced a retaining wall, it's possible it is subsoil, but it seems likely he won't give you a sensible answer if you ask him the question. Does it look exactly like the topsoil in the rest of the garden, or is it a different colour and perhaps texture? If it is different, or you can't tell, I'd be inclined to go out with a rake and rake as much of it off as possible. Quite what you do with it once you've got it all into a pile I'm not sure, but disposing of it completely might be best.

If you think it is topsoil, a layer half an inch deep over the grass should be okay, but more than that isn't a good idea, so reduce the thickness of the layer of soil and water it. If you have planted areas, you could spread any excess soil thinly over those. It also looks as if he's piled soil up round the base of the tree trunk - you will need to pull that away so it's not in contact with the tree to remove the risk of disease in the tree later on.

Lastly, if he belongs to any online professional register, leave him a bad review...

Good Trade standard is either agreeing in advance to pay for a skip, or confirming where on site to place the clay. If soil and turf were coming they did an OK job. My experience is in melbourne, but even now I feel you can ask them to move the clay a few metres.

Not the answer you're looking for? Browse other questions tagged lawn grass clay or ask your own question.

15
How do I improve drainage vertically through clayey soil?
21
How can we grow grass in our heavy clay yard?
9
How do I fix the worst lawn on the street?
8
What is this dead light brown patch on my lawn, and how do I get rid of it?
8
How to collect your own grass plugs?
4
Returning a garden paved for 30 years with packed clay below, back to lawn
9
How to replace lawn with wildflowers?
7
Minimal install of artificial grass for small enclosed pet area
6
How to reclaim my backyard that has turned into a swamp?
2
Topsoil depth for growing grass over a clay base