Is this some kind of moss?

When I took the lid off of a large container of my composted soil that I had stored in the garage, I found this! Small whitish little balls all over the top of the soil and growing up the side of the container.

What is it? Should I scrape it off and throw it away? Or should I mix it in? 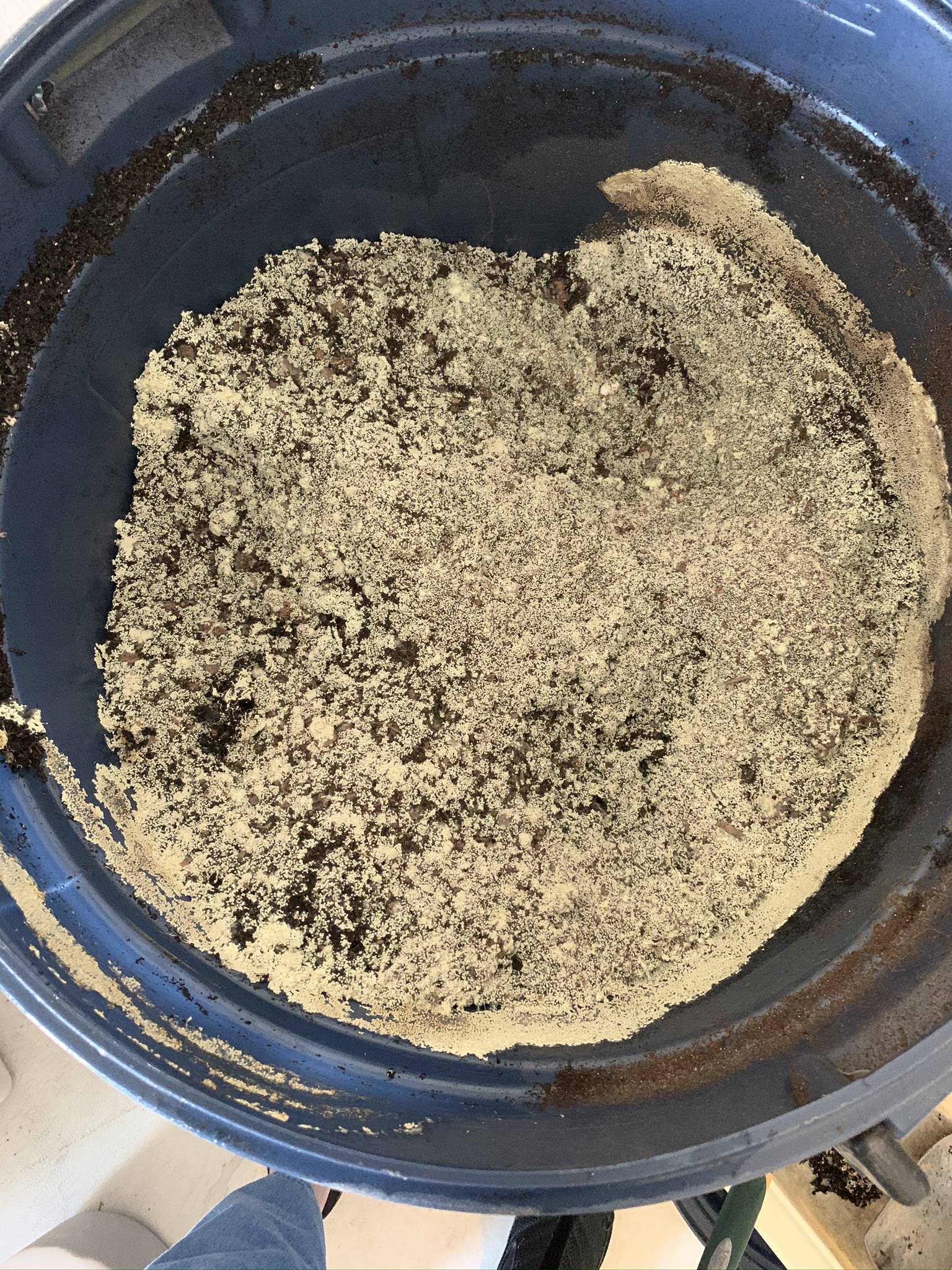 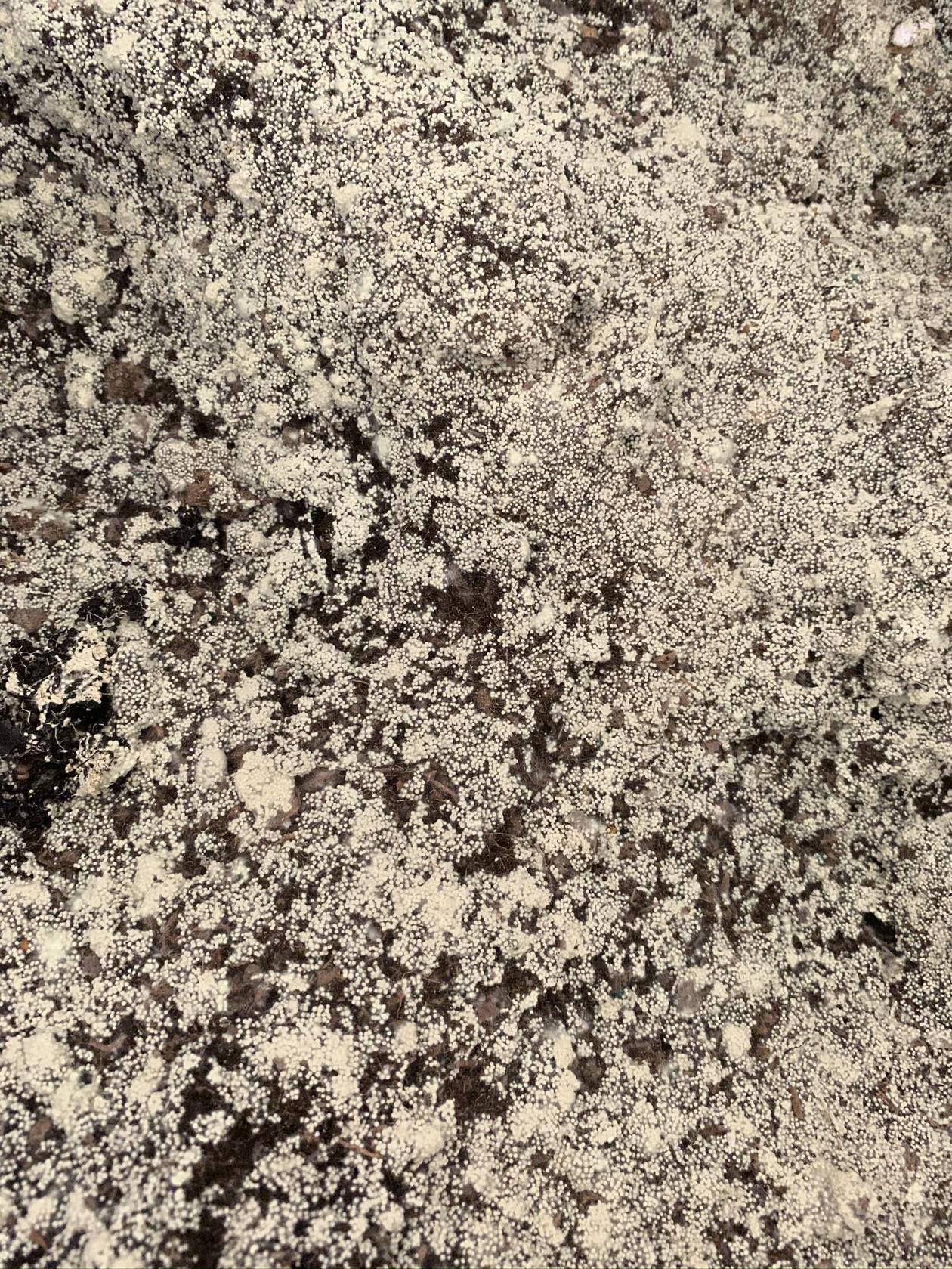 I don't think its moss - its hard to tell what it is, but there's definitely a fungal element because I can see hyphae. It almost looks like eggs or mushroom spawn - if you've kept this material in the dark in a sealed container, that wouldn't be surprising, since there will have been mycorrhizae and other fungal elements already present in the composted material, just like in any handful of ordinary soil.

If you're concerned about it, scrape the top layer off before using it, otherwise, its fine to use on open ground (not in pots). In future, don't keep your compost from the heap in a tightly sealed container - its best left loosely covered or open to the elements, with drainage, so something with holes in the bottom, until you want to use it.

UPDATE: In response to the question contained in your comment: You can use compost you've made yourself in pots, but only if its been produced using a hot, aerobic method, that is, turning every few days and ensuring the temperature remains high enough to kill of pathogens. Most of us, though, just chuck stuff on the heap and turn it occasionally (or not at all), so the compost produced from that is not necessarily pathogen free. Using the latter type is a risk in pots, because its contained in there, pathogens and all, and these may affect any plants you want to grow in the pots; added to open ground, any pathogens won't be an issue in the same way, so its best used as a soil conditioner and a source of humus in beds and borders.

Not the answer you're looking for? Browse other questions tagged compost fungus moss or ask your own question.

14
Wormery failure in mass worm die-off … any advice?
8
What kind of light is needed for moss and ferns?
4
Should I rototill compost into existing barren soil before planting drought-hardy grass?
11
Can I put scratch paper on my vermicompost?
6
What kind of stone/surface can I grow moss on?
2
What is growing on my pots and soil?
3
Is it sensible to do composting in a grow bag or pot which already has plants planted in it?
9
What are these small white balls that appeared on the soil in my greenhouse?
1
Fungus on bottom of Dracaena Lemon Surprise