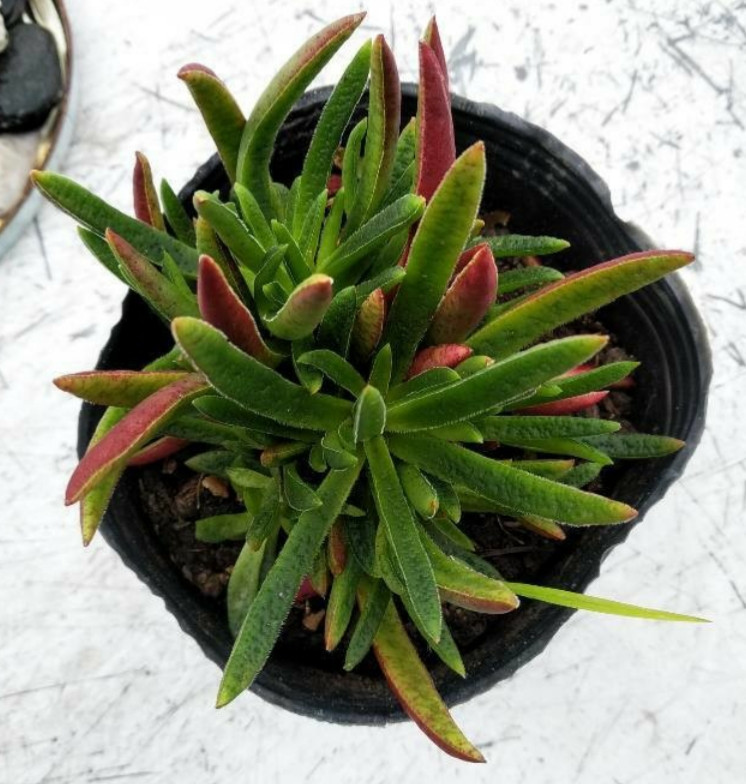 I've searched but I can't find what plant is it.

Marlothistella stenophylla Also called Mesembryanthemum stenophyllum or Ruschia stenophylla It is not very common. It should at some point grow a caudex. A caudex of a plant is a stem, but the term is also used to mean a rootstock and particularly a basal stem structure from which new growth arises. You might already be able to feel one forming at the base. 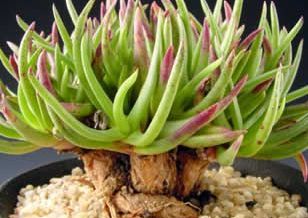 This looks very much like what Californians call "iceplant". Wikipedia says that its real name is now Carpobrotus edulis, that its former name was "Mesembryanthemum edule", and that it is native to the South of Africa.

Wikipedia is also where I found this picture of it:

I should note this picture makes the plant look much more beautiful than it appears when it grows naturalized in California.

Your plant looks a little small yet for flowers; has it ever flowered? Carpobrotus edulis does: 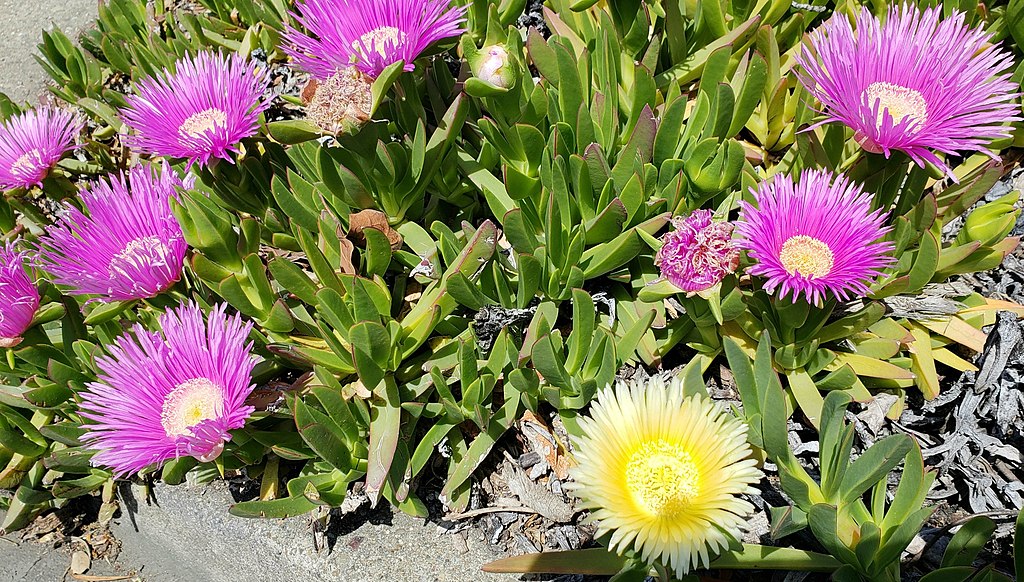 If your plant isn't this exact species, I suspect it is a close relative.

Not the answer you're looking for? Browse other questions tagged identification succulents outdoor or ask your own question.