What is happening to my Dieffenbachia, and what can I do about it?

I've had them for about 10 days now. I've had Dieffenbachias before and I also currently grow other Aroideae plants (Aglaonema, Alocasia, and Philodendron) - all exhibit yellowing of older (or more accurately I'd say lower) leaves, as a part of it's natural growing process.

This time the leaves are yellowing very fast

Also - the other plant is, of course, healthy :)

It looks like some kind of fungus or bacteria, as evident by the edges of yellowing leaves

I thought about treating the soil with hydrogen peroxide, but I don't want to "kill" the soil - it's a fresh potting mix.

What do you think? 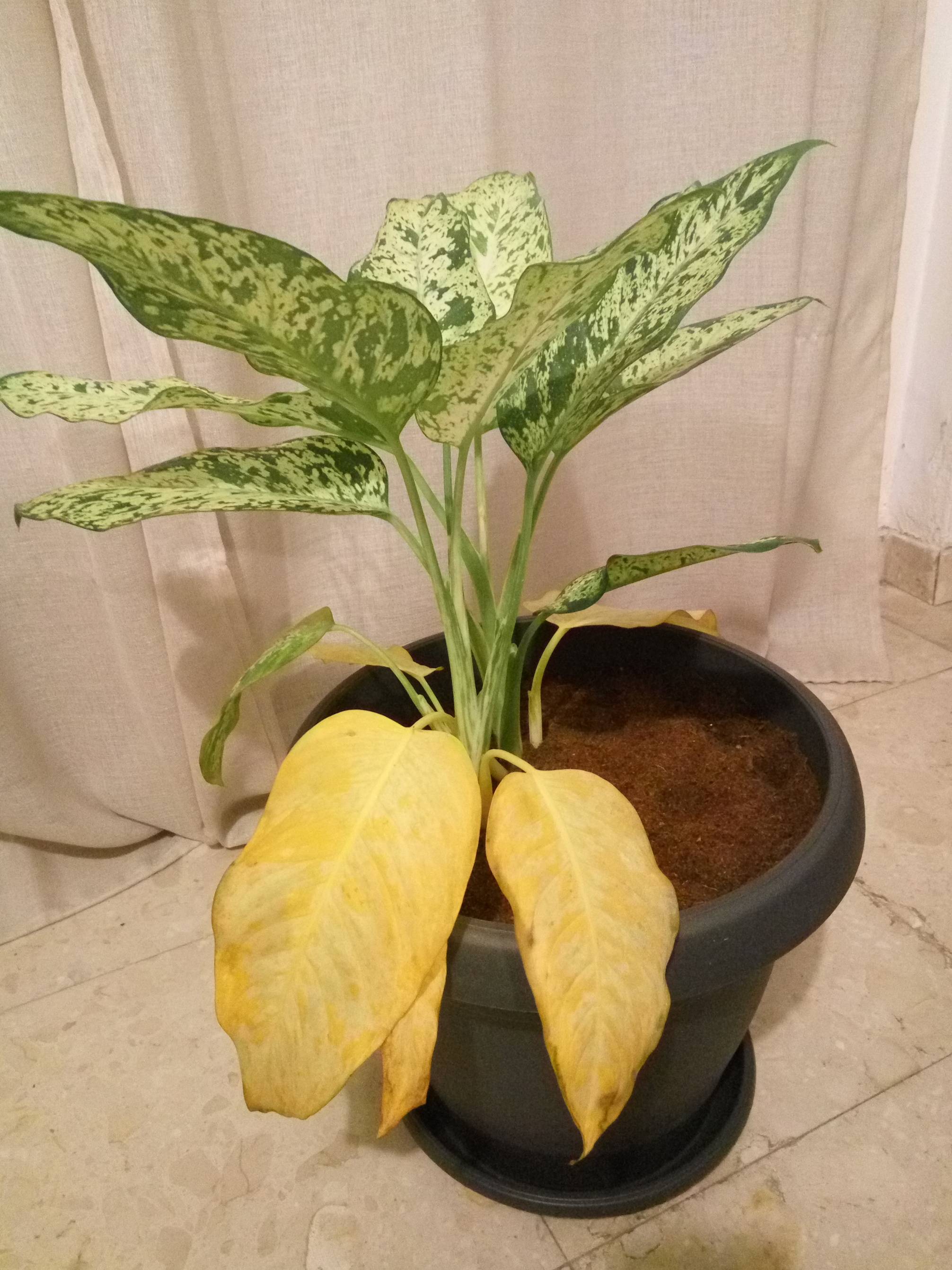 It's not a disease. It's most likely a issue of stresss. It could be the difference in growing condition from your house and the garden centre. It may have been at the garden centre for a matter of a few days. or even a few hours. Depending on where the garden centre got the plant it may have been on a truck in complete dark for days trucked across the country. I worked at a garden centre for many years. It was not uncommon to see this kind of response from plants after long days of being trucked. I've seen plants shipped for over a week in complete darkness, packed in very tight with little air flow. This was the most common for tropical plants. In a matter of a few days the plants start to lose some of their leaves from the stress of lack of light. But, it rarely effects much of the plant only a few of the leaves. Maybe half at most. It's amazing how long plants can live in those conditions and still come out in pretty good shape. Other than the yellow leaves the rest of the plant looks healthy. I would be careful not to expose it to too much light, but other than that all you can do is treat like you would if they were not showing yellow leaves. You can always call the garden centre and enquire about it's recent history.

Not the answer you're looking for? Browse other questions tagged diagnosis houseplants indoors diseases fungus or ask your own question.

6
How can I tell the difference between etiolation and a sunburn?
4
Why are my tomato plants wilting?
3
What is causing large white spots on my sweet basil seedling's leaves, and can the plant be saved?
3
Chrysanthemum flowers and buds turning brown and dying, leaves wilting and getting brown spots
1
Drooping Aglaonema Pictum Tricolour! Need help!
3
Avocado leaves have various type of browning and dying young leaves