The plum tree produced lot of fruits last season, but, there is no sign of any leaves yet this year. We are well in to spring (Auckland, NZ) and all I can see is a bare tree and some green growth on it. I initially tried to remove it by hand, but, it did not work. The stem looks really dry and I cannot see any green scratching the surface. I do not remember exactly when we got leaves last time, but, it was very quick from nothing to whole tree full of leaves. obviously, I want to save the tree, any insights will be very useful. 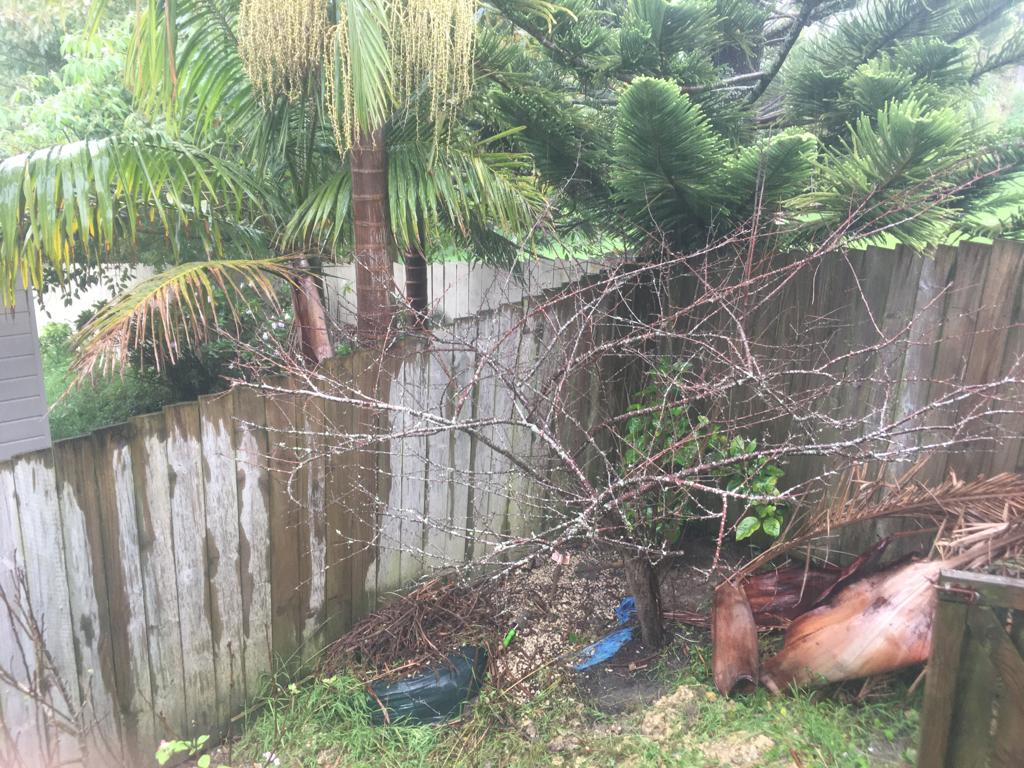 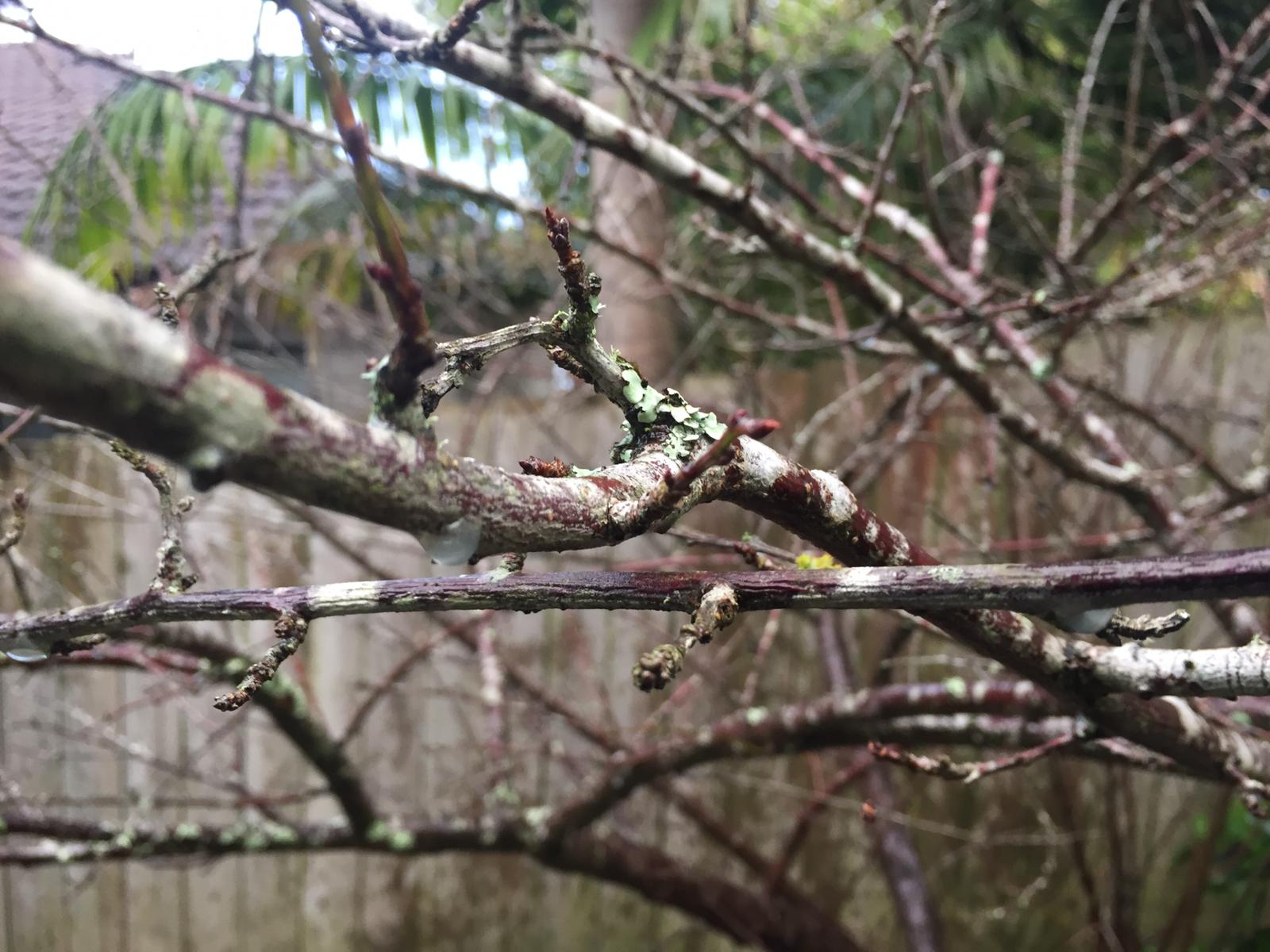 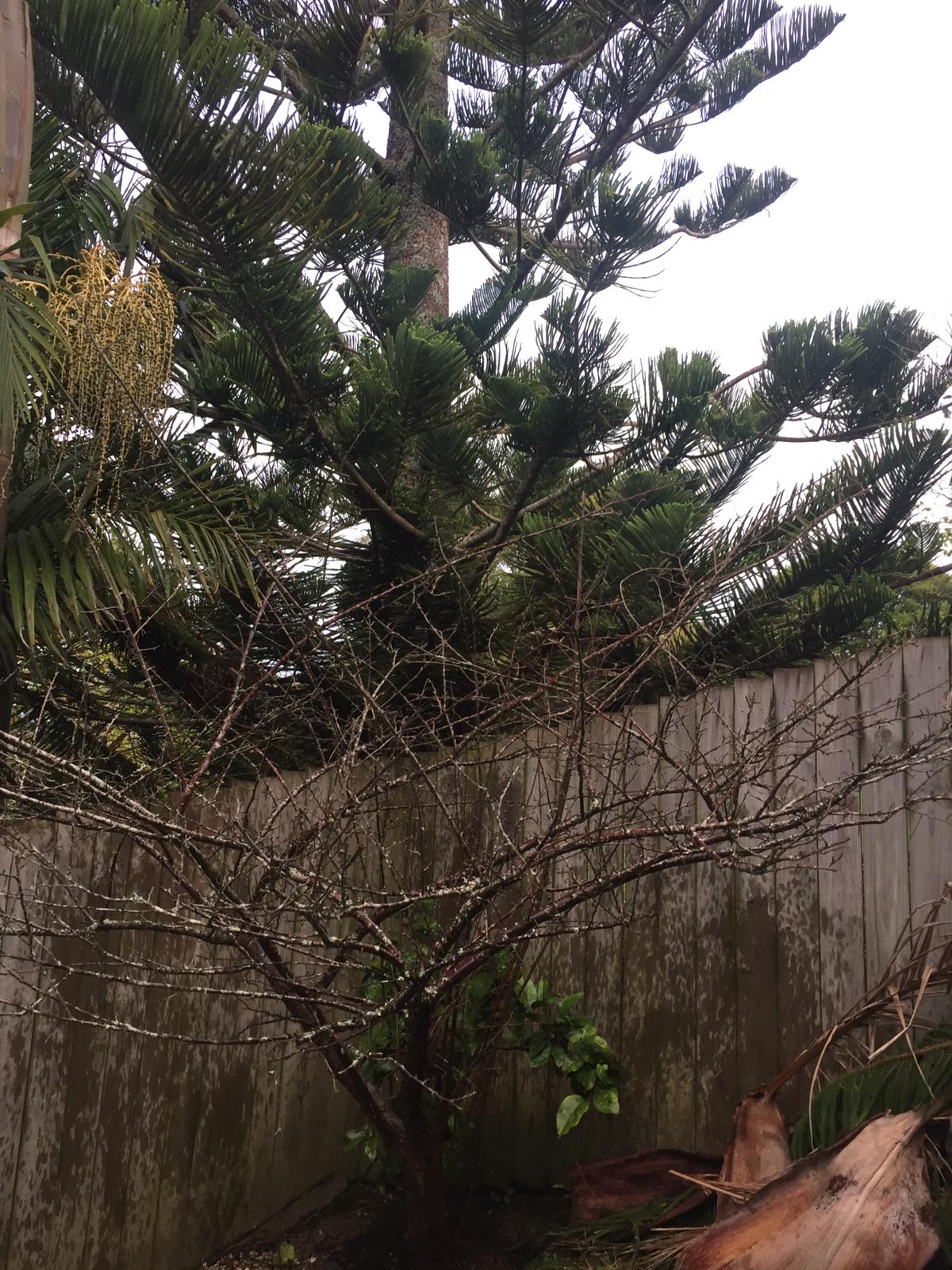 The visible signs here are indicative of a canker disease; the infection enters through a wound on branches, perhaps high in the tree, which contaminates the sap transporting tissues in the tree. These tissues become unable to feed nutritious sap to these branches which quickly dry out and the infection rapidly works its way lower, inside the tree, towards the soil surface, occasionally leaving one or two of the lower branches looking very healthy and raising your hopes, only to die completely the following year. Plum trees often get canker disease, particularly if there is a source of infection in the immediate locality.

In NZ canker is often referred to as bacterial blast - check out this page and this page for details and see if you see anything indicative of what you saw on your tree last year.

Edit: since the green growth is from a different plant and you see green cambium under the bark it makes the canker suggestion much less likely. It may just be a case of a small tree in an unfortunate location that puts it in a moist, cold microclimate relative to other similar trees, which would explain the lichen. No doubt in the fullness of time you will see signs of green leaves again.

When you say 'green growth on it', I assume you don't mean leaves but possibly lichen or moss. Your tree might well be dead I'm afraid, especially if you cannot find anything other than dead wood in the branches; one clue is that you had a very good crop of plums last year. A heavy production of fruit just prior to dying is not uncommon in fruiting plants - it's the plant's last effort to reproduce itself because there's something wrong and the plant is on its way out.

However, because plum trees leaf out early in spring, if you have had variable weather it may be that the tree did start into growth, but sudden or late cold weather halted the process; when that happens, the tree will pause momentarily before recovering and putting out new growth. I believe it is still spring in your part of the world, so it's probably worth waiting a bit longer in case it does produce some growth, but if it gets to summer and there's still no growth, you may want to think about having it removed, including the main roots to a depth of 12/18 inches.

Whether you should plant another plum tree in the same spot is difficult to comment on because it rather depends on what caused the tree's demise; without knowing what symptoms it displayed, it's impossible to say. Looking at the photo, there is possibly a crack or a darkened area which might indicate previous gummosis on the trunk on the right hand side, but it's hard to be sure because it's been taken from too far away to tell really.

Not the answer you're looking for? Browse other questions tagged diagnosis leaves plums or ask your own question.

17
How do I encourage my plum tree to produce fruit?
6
Why doesn't my fig tree produce fruit?
3
How to remedy die-off of lower and middle branches on my plum tree?
3
Lack of Blossom and Fruit on my Plum Tree!
5
Why isn't my Victoria Plum tree fruiting?
9
Does pruning a plum tree to maintain its size and shape prevent it from fruiting?
3
tree id and brown spots on leaf edge, green berry-like fruits
3
Plum tree set fruit but now it's all gone
1
Magnolia leaves partially browning and curling