I bought this plant from Ikea atleast 2 months back, and shifted it to a slightly bigger pot and now i see new "leaves" are starting to come.

But what is the name of this plant and category 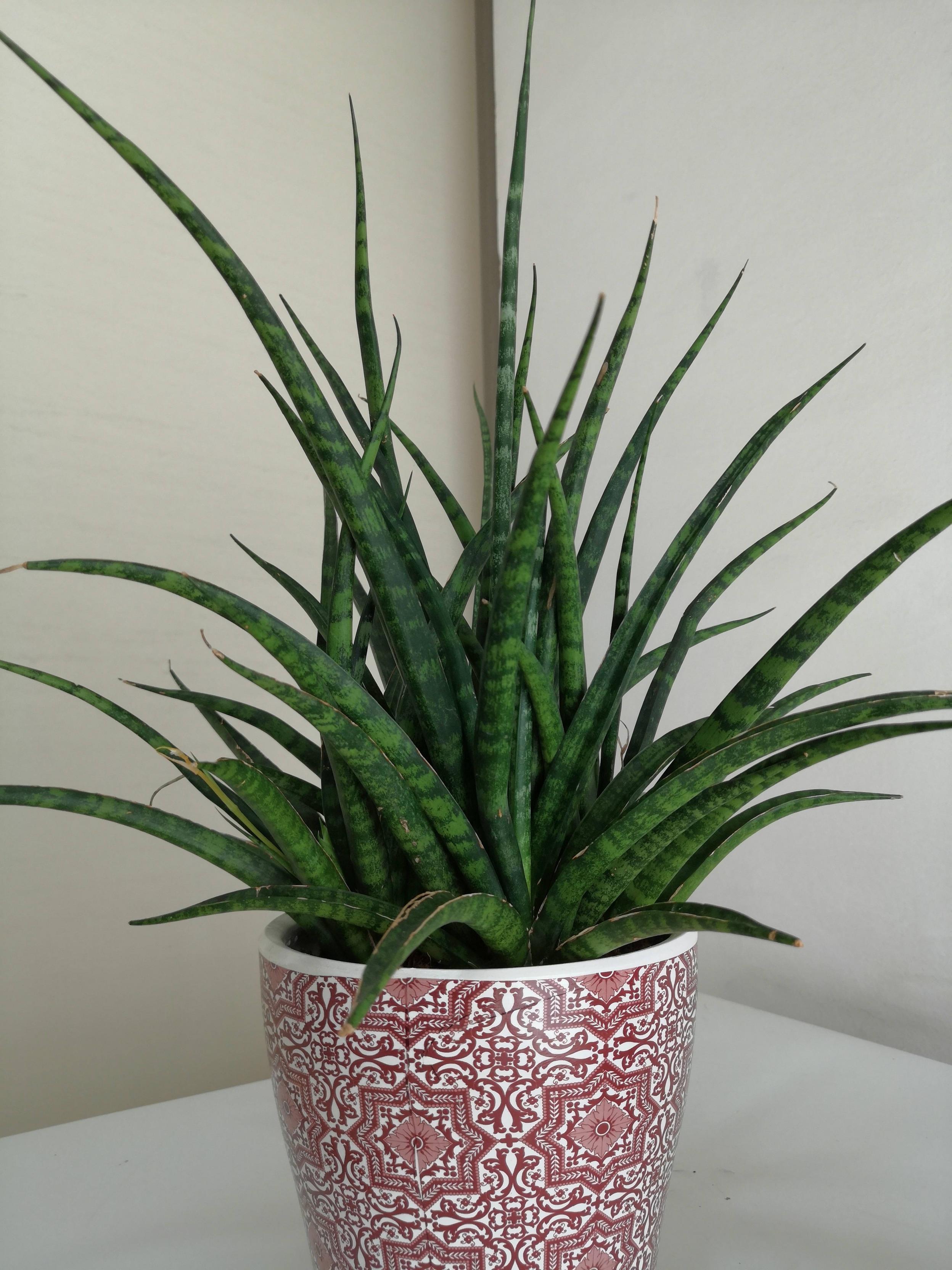 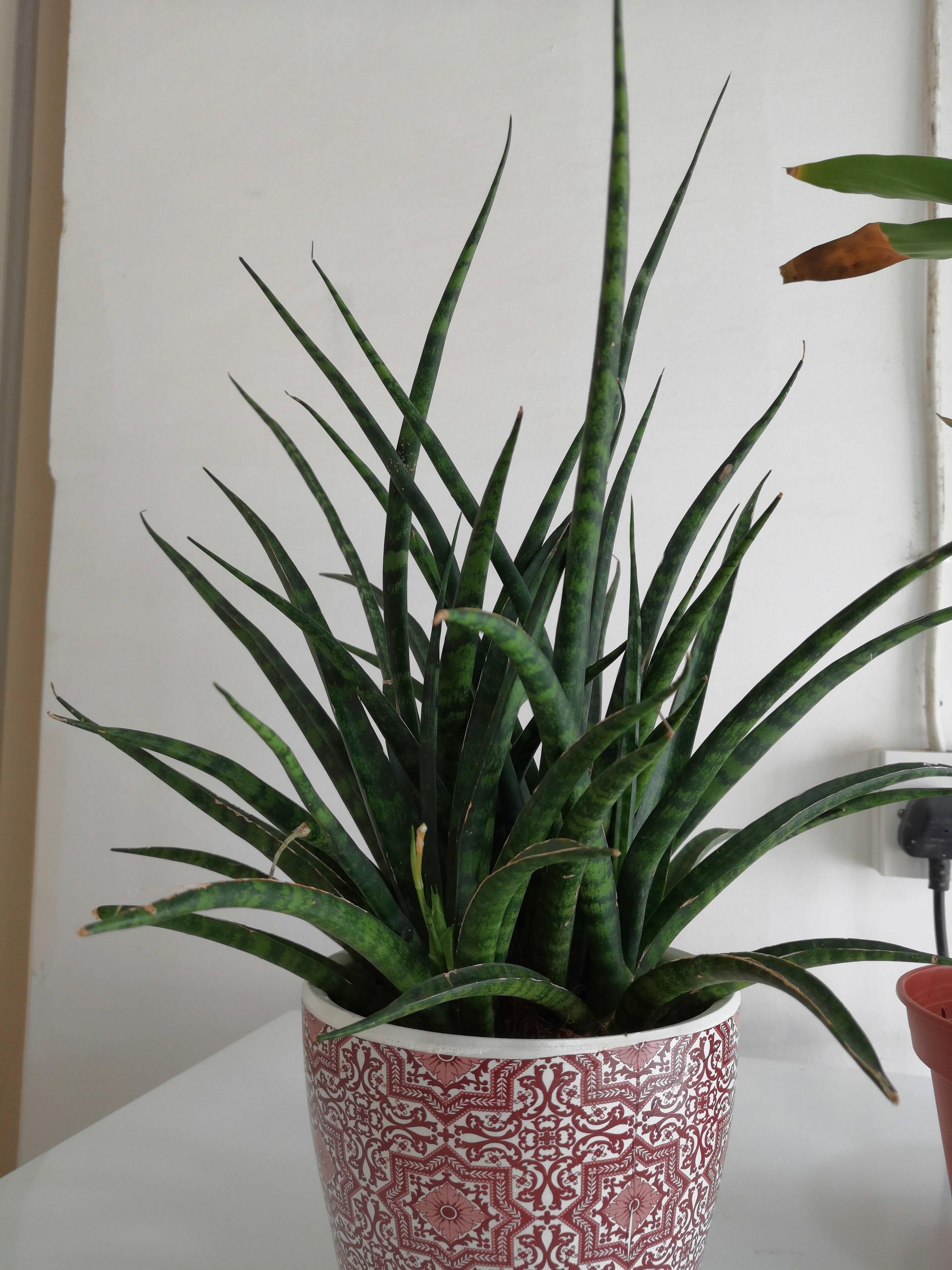 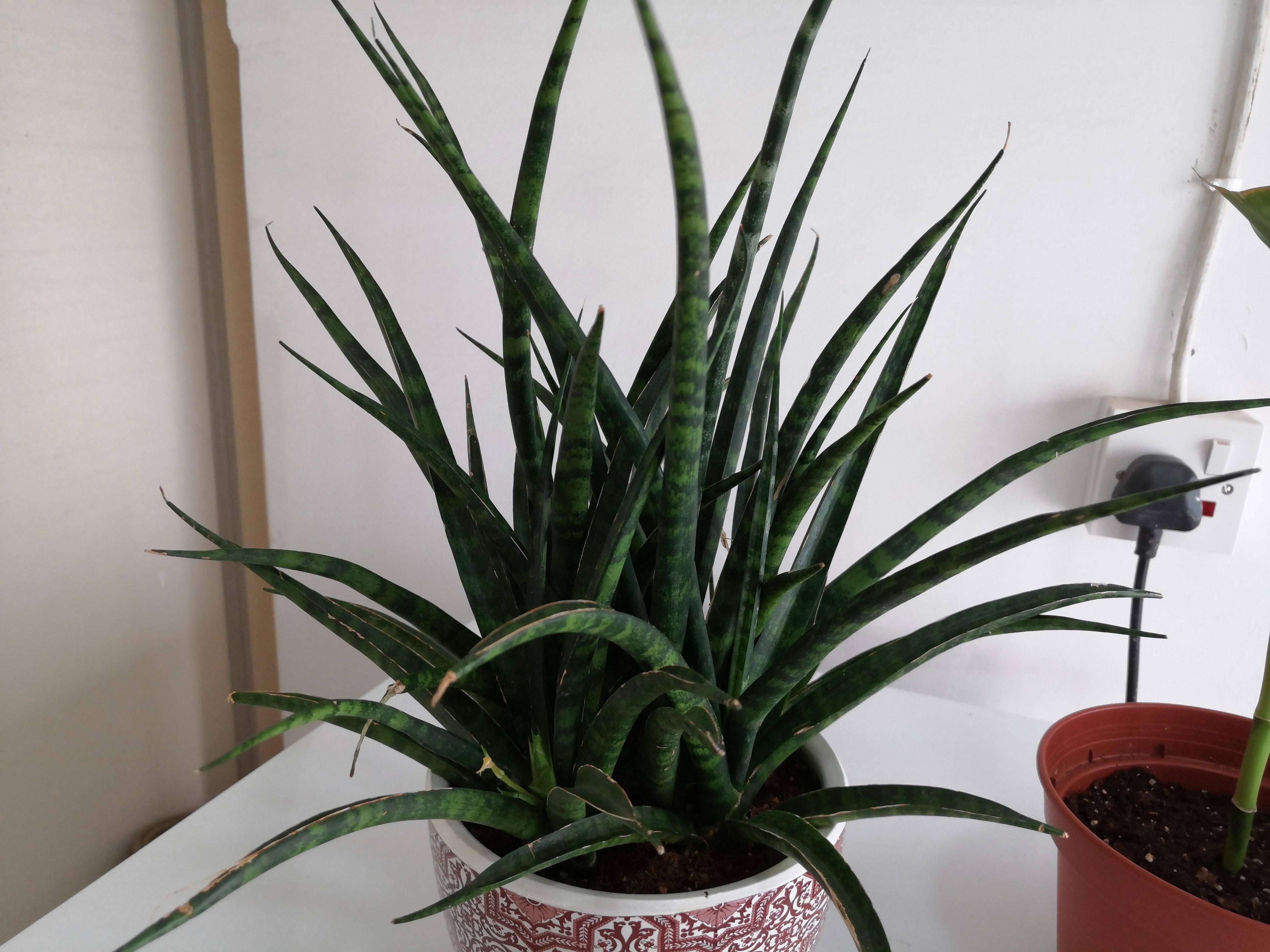 It's both - it is Sansevieria cylindrica, a relative of the much more common variegated form of Sansevieria trifasciata (often called Mother in Law's Tongue). It is a succulent plant which prefers bright daylight without direct sun, and around the same temperatures we humans like, so between 50 to 85 °F. It does grow quite quickly, and may need a larger pot annually, see here for further care instructions How to Grow the African Spear Plant.

Since, I first answered this question I have shared it with various succulent enthusiast and Sansevieria growers. They confirmed that the following response is a 100% accurate. I use to work as a professional succulent plant grower. We grew two types of Sansevieria this plant and S. cylindrica. This is absolutely not cylindrica. It's actually a Sensevieria hybrid called ‘Fernwood’ (S. parva x S. suffruticosa), developed by the late hybridizer Rogers Weld of Fernwood Nursery in California. It is easily confused, since it looks similar to S. cylindrica and even more similar to S. bacularis. Larry Hodgson of Laidback Gardener writes an article that describes this hybrid and it's creator and how it is different from S. cylindra and S. bacularis 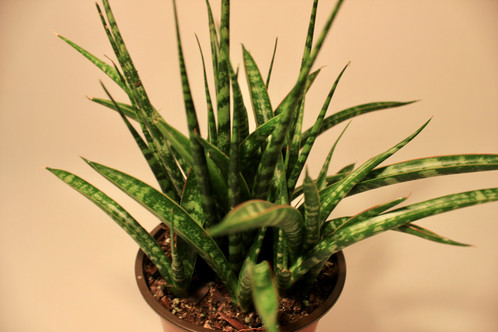 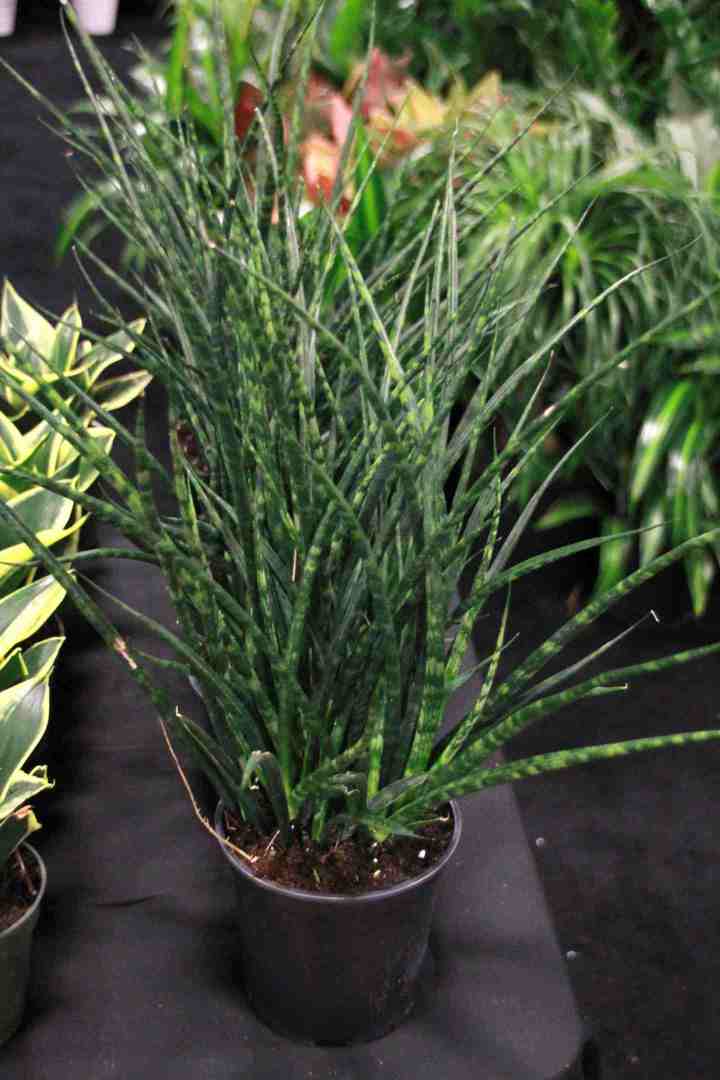 As evident by the smooth concave indent of the upper side of your leaf. S. cylindrica is rounded on all side, lacking any indent.

LLIFLE, Encyclopedia of Succulent describes S. cylindricas leaf as only being 'channeled' at the very base of the leaf, unlike this plants, which is channeled the whole length of the leaf.

Leaves: Round, leathery, rigid, erect to arching, channeled only at the base, dark-green with thin dark green vertical stripes and horizontal grey-green bands about (0.4)1-1,5(-2) m in height and about 2-2,5(-4) cm thick.

World of succulents descriptions of S. cylindrica, it has rounded leaves. The leaf in the picture is not rounded, but channeled on one side. World of Succulents S. cylindrica

The last three pictures are of S. cylindrica. The first of these three is a picture of the species. The last two are cultivars of S.cylindrica. All of them have rounded leaves unlike your picture. 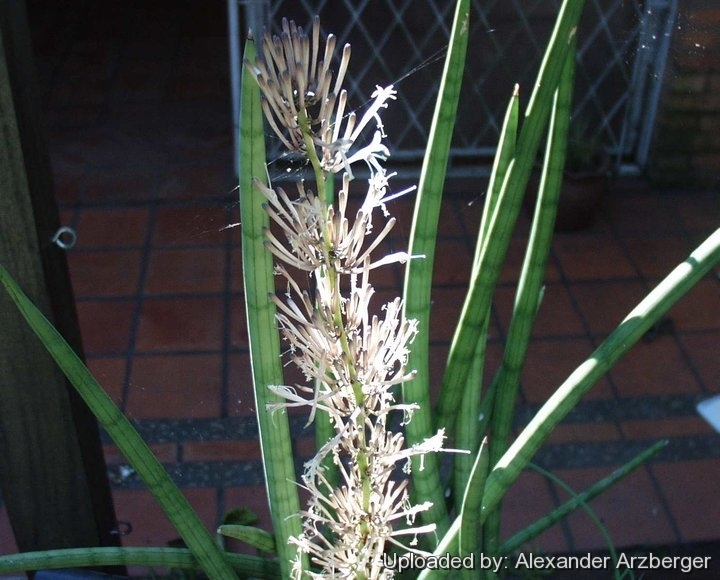 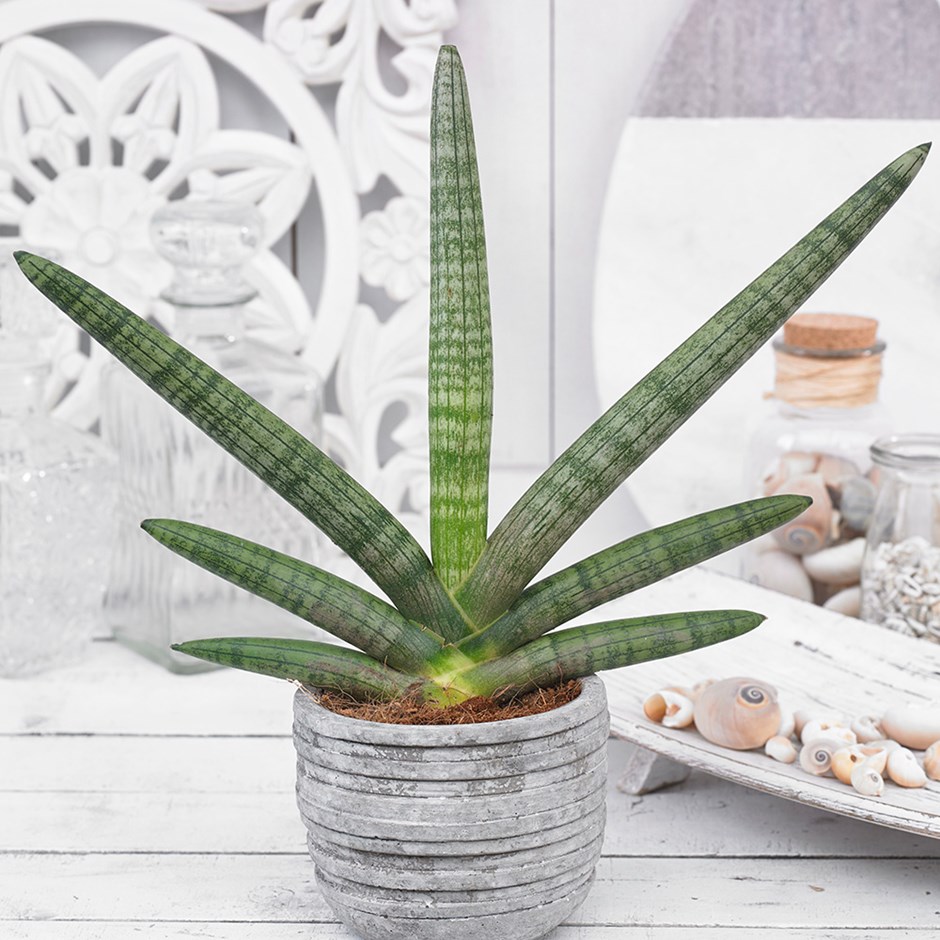 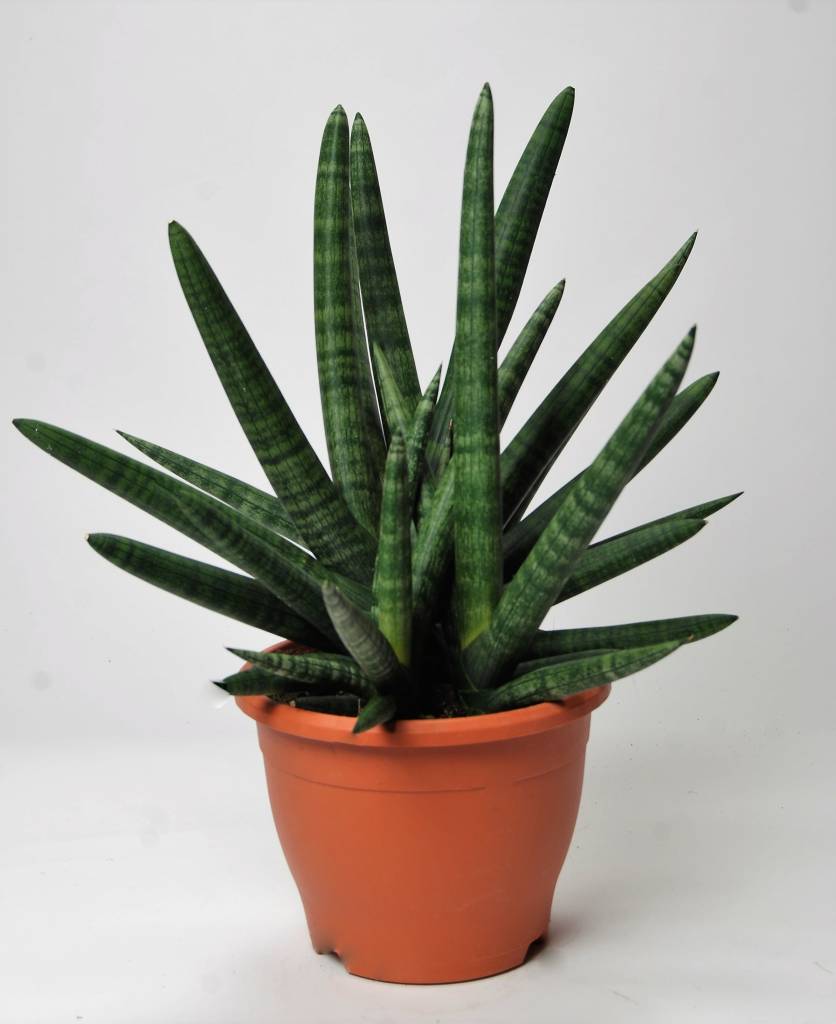 Not the answer you're looking for? Browse other questions tagged houseplants succulents snake-plants or ask your own question.