I have been growing peppers this summer and they have been doing great. The fruit is really starting to take off, but now I have 3 or 4 of my larger fruit getting these brown spots. This is a Red Marconi pepper. Can anyone give me any guidance on what to do to alleviate this problem. I have done some research and found that it might be some type of fruit rot, but I am not sure what to do help it if it is. I am concerned this could spread to my Bhut Jolokia or Red Thai which are next to these if it is some sort of disease.

These plants are being grown in a pot and I have been feeding them some miracle grow for vegetables maybe once every 2 weeks. The pot is not over watered. 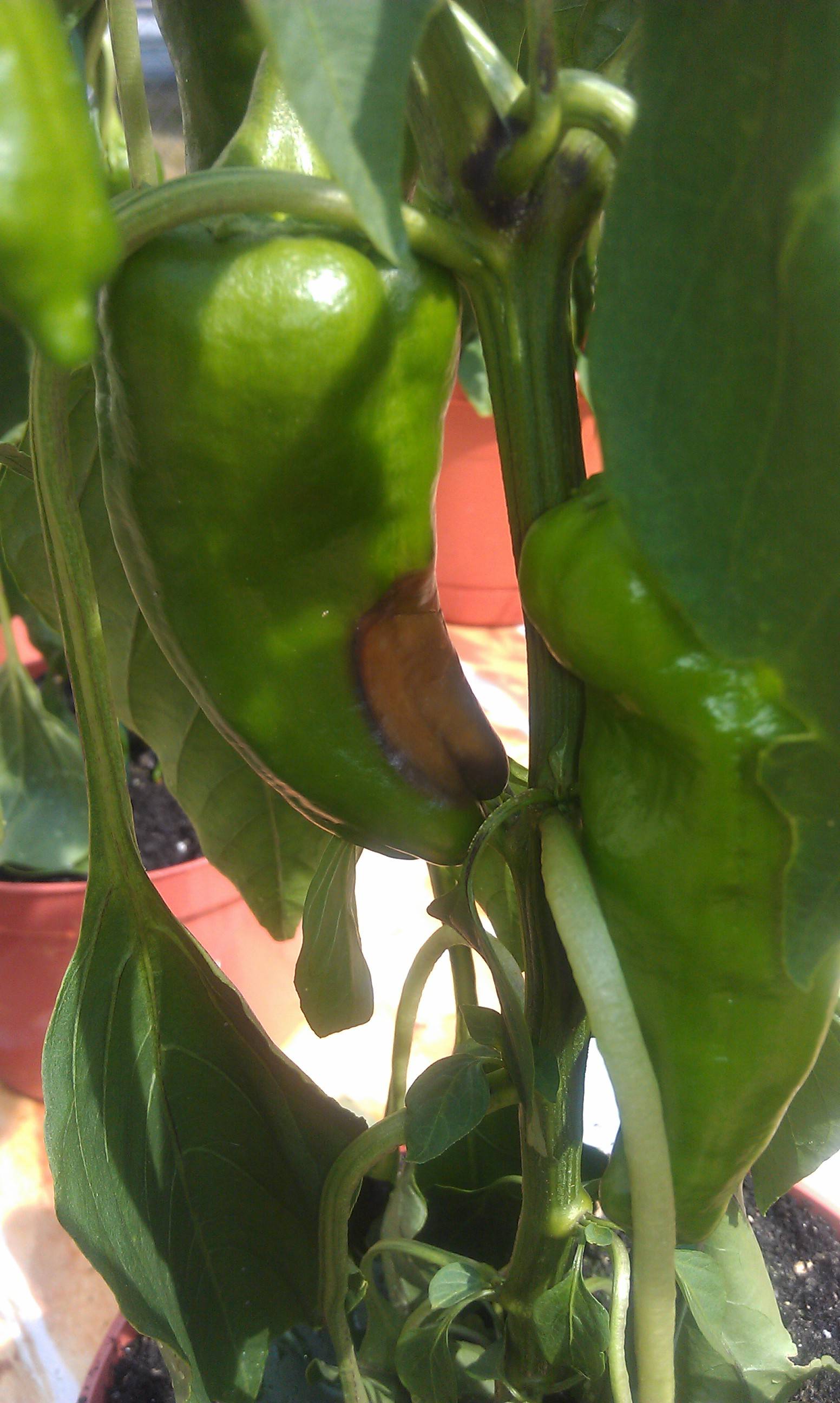 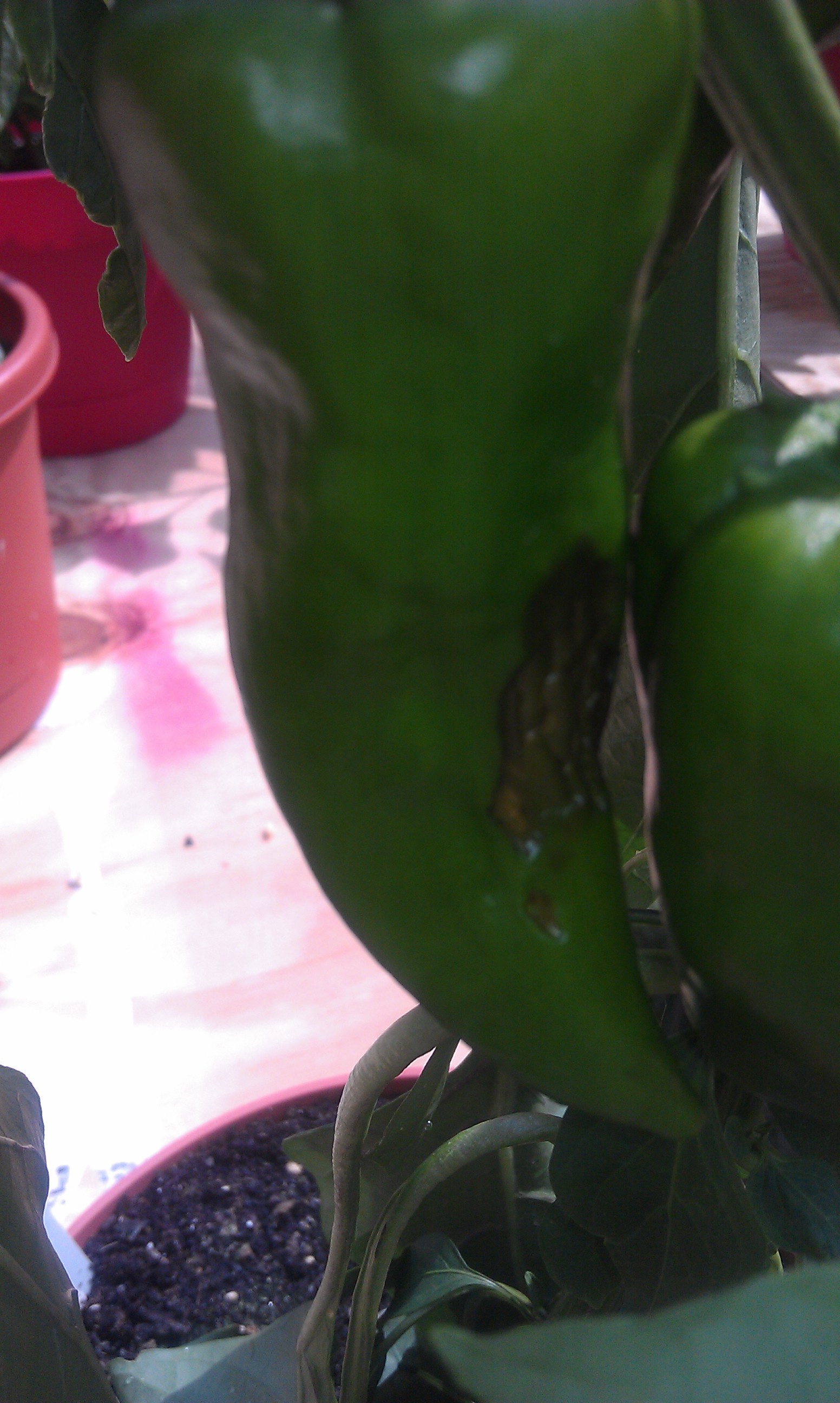 I would have said Blossom End Rot because that seems to be the most rot along these lines., and especially as you have it on a few of the larger fruit. It is caused by a Calcium deficiency. Check your MiracleGro - it is probably almost all NPK but might have Calcium in smaller quantities. Is that enough? I don't know.

Usually the problem occurs more due to a mobility problem with the Calcium when watering is erratic - yes the plant might get water, but it might go a couple of days without water and then get it all at once. I have seen this and is probably hard to avoid with modern drought restrictions.

Ohio State have a Blossom End Rot Fact Sheet that is worth reading. As well as lack of Ca in the soil, and erratic watering, they mention "competitive cations". What they mean is the pepper plant is absorbing similar ions to Calcium instead of Calcium - and then has a lack of calcium in the fruit. They mention ammonium specifically, but magnesium is probably a candidate (it is common, and is chemically very similar). Check your MiracleGro - if it is ammonium based, them this could be your cause. OSU's recommendations are:

When I've seen it, watering has been the main issue during drought conditions. Rot has not been too widespread. Pick the fruit before the rot gets too big. You can still eat it - just cut the rot off. If you wait too long, the rot will spread (secondary infections have taken over) and there's nothing worth saving.

I have the same problem. The nursery told me to put some Lime in the soil. A second gardener recommended "Lilly Miller,"Super Sweet". I have removed the peppers that have the Calcium problem and hopefully this will help.

A few years late, but more consistent with anthracnose.

Not the answer you're looking for? Browse other questions tagged peppers diseases or ask your own question.

11
How are peppers and mulch used in a desert environment?
10
How can I keep mockingbirds off potted plants (ornamental peppers)?
11
What could be causing rot to appear on the skin of my bell peppers?
11
Help with Pepper Yield
5
Why are my snack peppers wilting?
2
Can blossom end rot appear on side of pepper?
4
How to identify unknown chili plant
1
Identifying possible causes of struggling peppers
2
Should I prune suckers from Bhut Jolokia?