What is growing in my garden that is pale yellow and pill shaped?

Near my immature corn plant (only one of them) is an odd, pale yellow, pill-shaped looking plant(?). Any idea what it is? 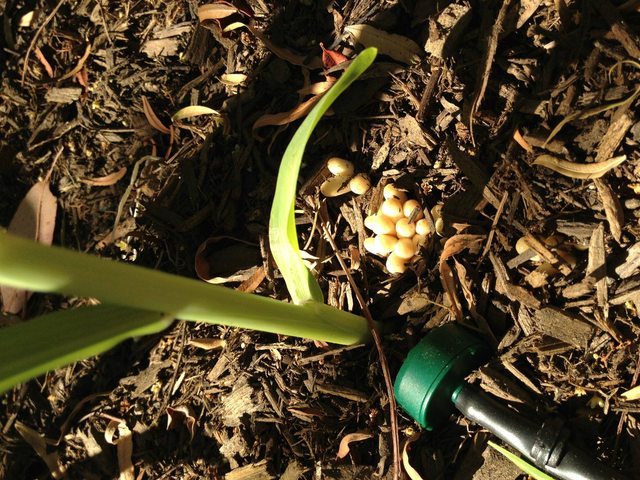 Took a picture a day later and it looks drastically different and dead, not to mention some sort of mushroom: 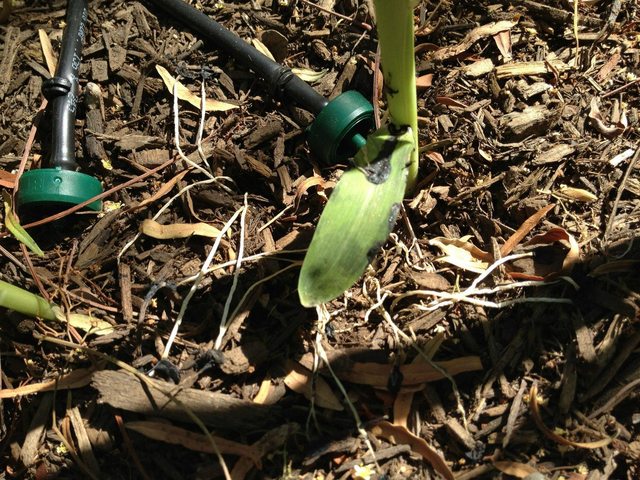 I took some pics early this morning to see if there were anymore that sprung up and sure enough, these are actually standing: 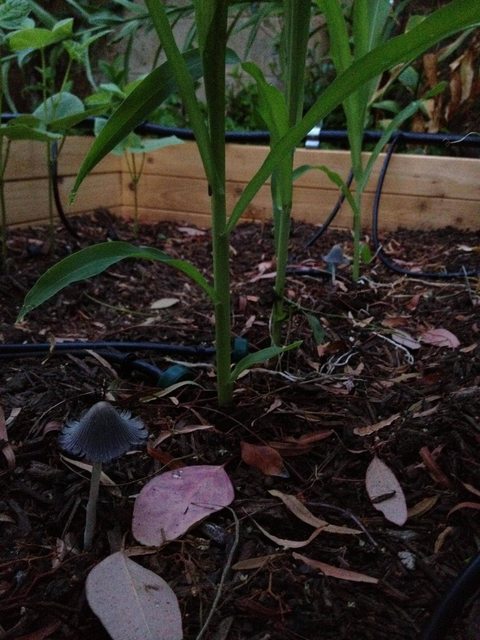 Pretty things! I've been unable to establish what they are (my references here are to British toadstools/mushrooms) but they may be impossible to get rid of. They are just the fruiting bodies of underground mycelium of which you will be largely unaware the rest of the time - now is the time for them to 'fruit' so to speak. You can just twist them off at the base, using a plastic bag over your hand in order to contain them in case they have viable spores beneath their caps. Some reproduce in this way, some don't. If you have used bark chips or any woody material, that is what they are growing from, or have been introduced from. Fungi perform part of the task of breaking down dead matter. Hopefully someone else will recognise quite what they are. Might be part of the Mycena group, but hard to be sure - pic's a bit dark. If it is mycena of some kind, they usually have a groove down the stem.

Composting wood matter is broken down best by fungal activity. If you were to peel up that mulch, you would see hyphal growth that has consolidated into mycellium (white threadlike strands). It liberates nutrients from the wood mulch and feeds it to the surrounding plants, eventually producing short-lived fruiting bodies (puffballs, toad stools, etc.).

Nothing to worry about unless you've managed to keep things too damp, at which point, its the dampness, not the fungi that are the issue.

I currently have a mass of it in the half whiskey barrel I grow my peppers in. Due to the compost, earth and chicken mulch (composted chicken manure and wood mulch), I have a mass of them growing under the grass straw I mulch with. They'll be gone in about 5 days and have had no effect on the Anaheims and Passillas growing in the tub.