I don’t know what’s happening to my opuntia, can you help me? 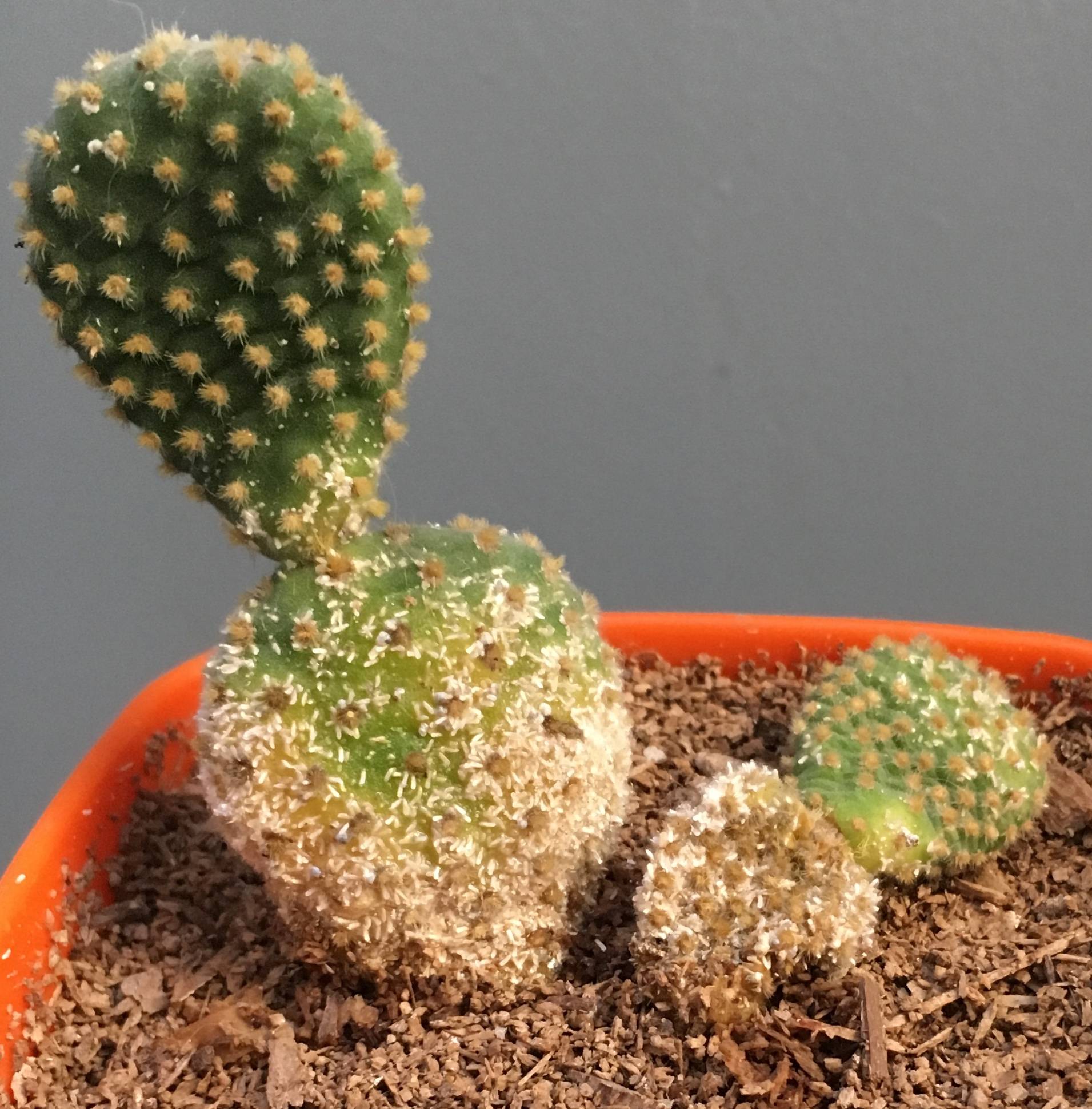 I've had this opuntia since may this year and it was growing fine, it had grown three new little opuntia and suddenly it started having this white rod like things, at first I cleaned them up but a friend told me they where “normal” so I left them there, now I regret it because I should've dig more into it, anyway now is turning yellow from the base too and I already separated one piece in another pot, but the remaining (picture) ones are getting worse and I don’t know what to do, do I clean it up, do I try and save the still green areas into another pots? Please if you can help I would appreciate it a lot, thank you!

It is infested with something, but I'm not 100% sure what. There is evidence of cochineal scale on the top pad, where the white fluffy stuff is, but I'm not sure what the small white 'rod like' things are. If they fly, they could be whitefly, but they look more like little larvae; there are even some on the edge of the pot, so its a heavy infestation. I'm not entirely sure I don't see some in the top layer of whatever it is on top of the soil in the pot too - if its some kind of mulch, remove it. It's also not clear whether the discoloration of the plant at the base is due to insect activity or to some other problem in the soil (overwatering or similar).

I'd suggest you treat the scale aggressively; spray off what you can using a spray bottle, then use a mix of insecticidal soap, insecticide and dish soap mixed in water, as mentioned in this link https://www.gardeningknowhow.com/ornamental/cacti-succulents/scgen/cochineal-scale-on-cactus.htm. This same treatment hopefully will also clear the other infestation. You may need to repeat the treatment, then wait and see if the plant recovers.

Not the answer you're looking for? Browse other questions tagged plant-health plant-care cactus container-gardening or ask your own question.

10
Do opuntia (prickly pear) cacti readily form hybrids in the wild?
3
My plants are dropping leaves suddenly and dying. Are they being poisoned?
4
Does anyone know what’s wrong with my Areca Palm?
2
Aloe leaves turned gelatinous
2
What is wrong with my cactus?
1
Is it possible to save this aloe?
0
What plant is this and how can I keep it alive?
2
Yellow Leaves Calathea Medallion