What is going on with my cactus. Someone said miners but idk

my night bLooming cactus has its leaves eaten like this. I don’t see a bug on it. Ive Sprayed it with water etc and researched online but just two people answered and they said miners. I don’t know if it’s actually miners. Any help Appreciated please. 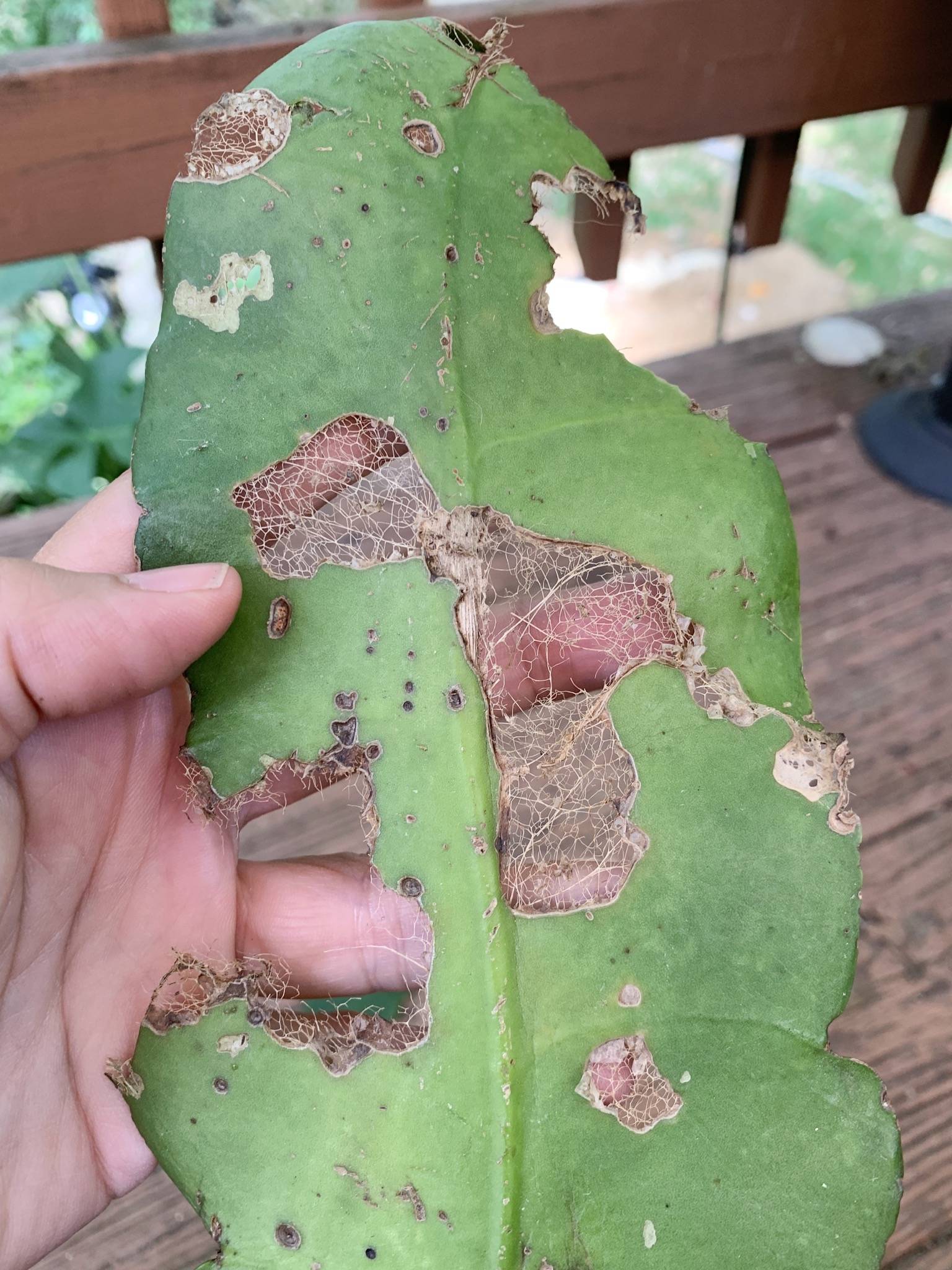 This damage is what's known as 'skeletonized' - it's usually caused by insect larvae that eat between the veins of a leaf, leaving behind this typical 'lacework' look to the leaves. Later, once it becomes an adult, it usually disappears altogether. This is not the same thing as leaf miners - those leave what looks like a trail inside the leaf tissue, rarely causing this skeletonized effect - the larvae which have done this could just as easily have been under or on top of the leaves. Quite which insect has caused the problem is hard to say - have a good look at the leaves, including the backs, as well as the stems with a magnifying glass to see if you can find any larvae or insects anywhere, but its possible they've all gone already. https://www.gardeningknowhow.com/plant-problems/pests/insects/skeletonized-plant-leaves.htm

Not the answer you're looking for? Browse other questions tagged plant-health diseases leaves plant-care or ask your own question.

2
How should I take care of my new Areca Palm?
5
What are the variables I need to consider when planting my Eidelweiss?
4
Ipomoea / Morning Glory leaves “engraved” with whitish, silvery patches
5
Light spots on tomato leaves
3
Red bugs, tiny webs and white powder on Tulsi plant
2
Citrus saplings in need of some help wants to grow! Please help!
1
Why does my dragon tree have white spots and brown leaves?
2
Elder (Sambucus nigra) losing leaves