Growing Mint. Do I need to keep the sol moist all the time?

I got a mint herb in a pretty dried state so very few of the leaves are left. I planted it in a pot, and I think the plant has rooted. 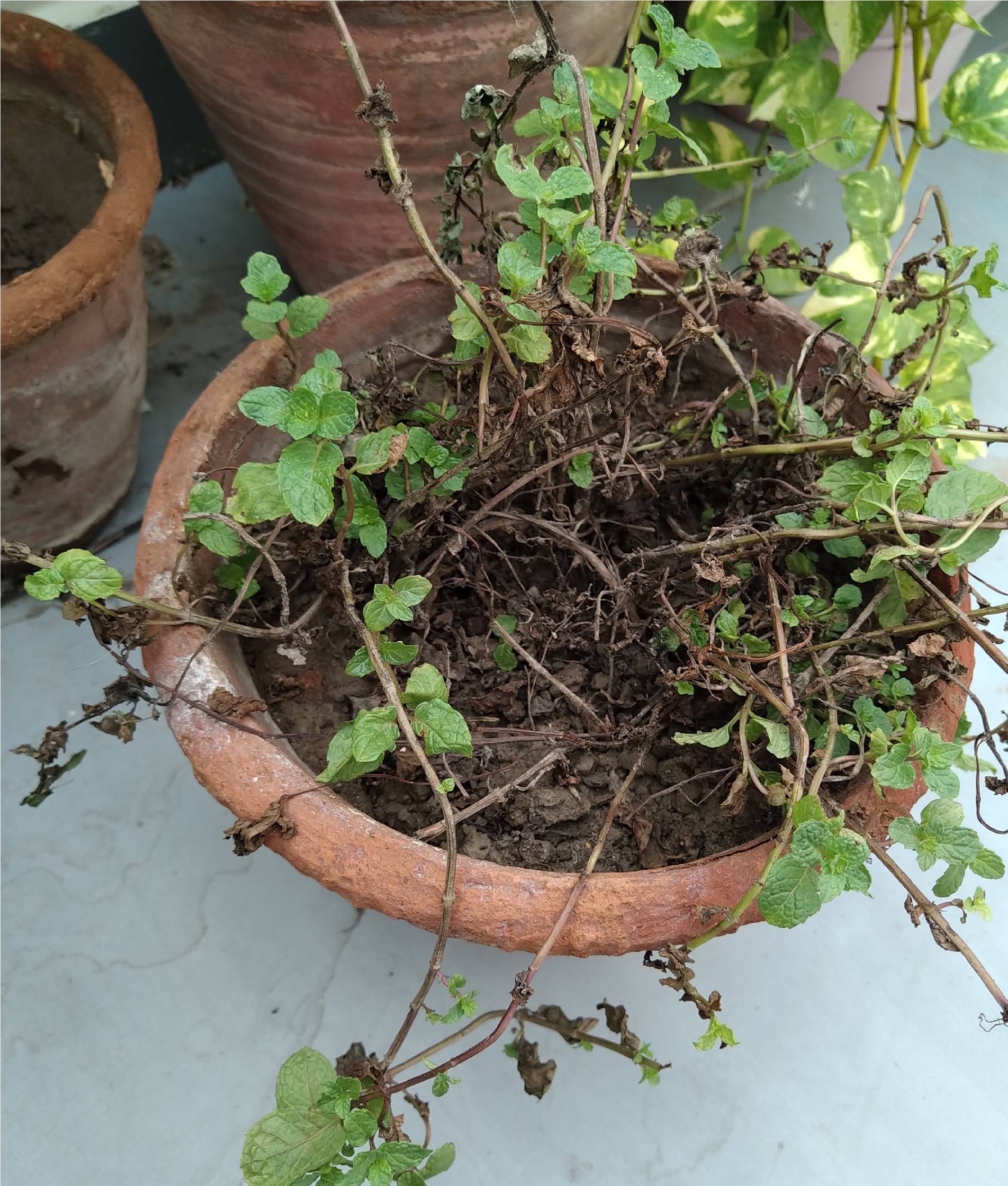 I searched few stuff online about mint and found that it is a runner plant, something I like; But I couldn't figure few thigns:

Mint can be grown successfully in pots, but because of its desire to spread by underground runners, you will need to turn it out of its pot either annually or biennially, cut the rootball in half (I usually use a bread knife), discard any obviously dead growth (usually in the centre), and repot into fresh potting soil. Bushy, fresh growth will then appear. If you don't do this, the central part of the plant dies back and all you get is the odd stem or two at the edge of the pot - yours looks like it could do with dividing and repotting now.

In regard to moisture, don't leave it sitting in water, but water frequently, when the surface of the soil feels just about dry to the touch, and water thoroughly, allowing excess to drain away. If the soil in the pot becomes totally dried out and hard, you can revive it - just stand the pot in a large tray or bowl or something, water well so the tray ends up full of water, then just leave it like that for a few hours. The soil in the pot will take that water up and the soil will be moist again. The other option if the soil dries out, especially if the plant in the pot is wilted, is to sink the whole pot into a large bucket and anchor it down with stones or something heavy, so that its submerged in water. Leave for a few hours, then remove and allow to drain down.

I'm not sure of the ideal conditions for mint, but I can tell you that you should definitely keep it in a pot. Mint can be very invasive, so it will spread unchecked if there's no impediment like a garden bed with edging - keeping mint in a pot is the simplest way to keep it from taking over your garden. A bigger pot could allow the plant to grow larger, but it looks like the pot you're using is plenty big enough to have a healthy mint plant.

The pot hat you have should be big enough for a decent size mint plant if you don't plan to harvest often.

I would take some cuttings and root them in water. They can be planted later in another pit. In the meantime cut the plant down to the base and keep the soil moust. Chances are that the runners underneath the soil still have enough energy to generate more plants.

Mint plants are very difficult to kill. Daily waterings are needed. Twice a day if the weather is especially hot. Keep the soil slightly moist but they will also survive the occasional dry spell. It's easy to tell if they don't have enough water as they will droop. The leaves will perk back up within half an hour of watering though .full sunlight is best and prune heavily.

For this case, my best bet is that the leaves were burnt by the sun. Perhaps too much direct sun. Also, they weren't pruned often.

Mint prefers a soil that you don't let get dry. Just like many other plants, what is ideal is a soil that drains well but retains moisture. Water it frequently enough to keep the soil from cementing. Once you have let it cement, you can't really undo that without repotting the plant. Otherwise the water will just pour right out of it and retain very little water.

Not the answer you're looking for? Browse other questions tagged watering plant-care herbs or ask your own question.

3
What to do (immediately) with a waterlogged pot plant?
3
What to do (after two weeks) with a waterlogged pot plant?
4
How to help an avocado plant recover from plant transplant shock?
2
Why are my corn plant's leaves turning yellow?
1
Reduce Waste | Starting Herb Garden from left over Herb Sprigs
0
Avoid fungus on top soil (indoor plant)
0
How to save this succulent from drying up?
1
Should I repot this mint plant into a smaller pot?