Can I use antique kitchen shears for gardening?

I recently purchased a pair of antique shears intending to use them for pruning bushes and stems. When searching for information on the shears I found out they are antique poultry shears. Is there any reason they couldn't work well for gardening?

My primary concern is the convex blade but also I didn't know if there's something I am missing. 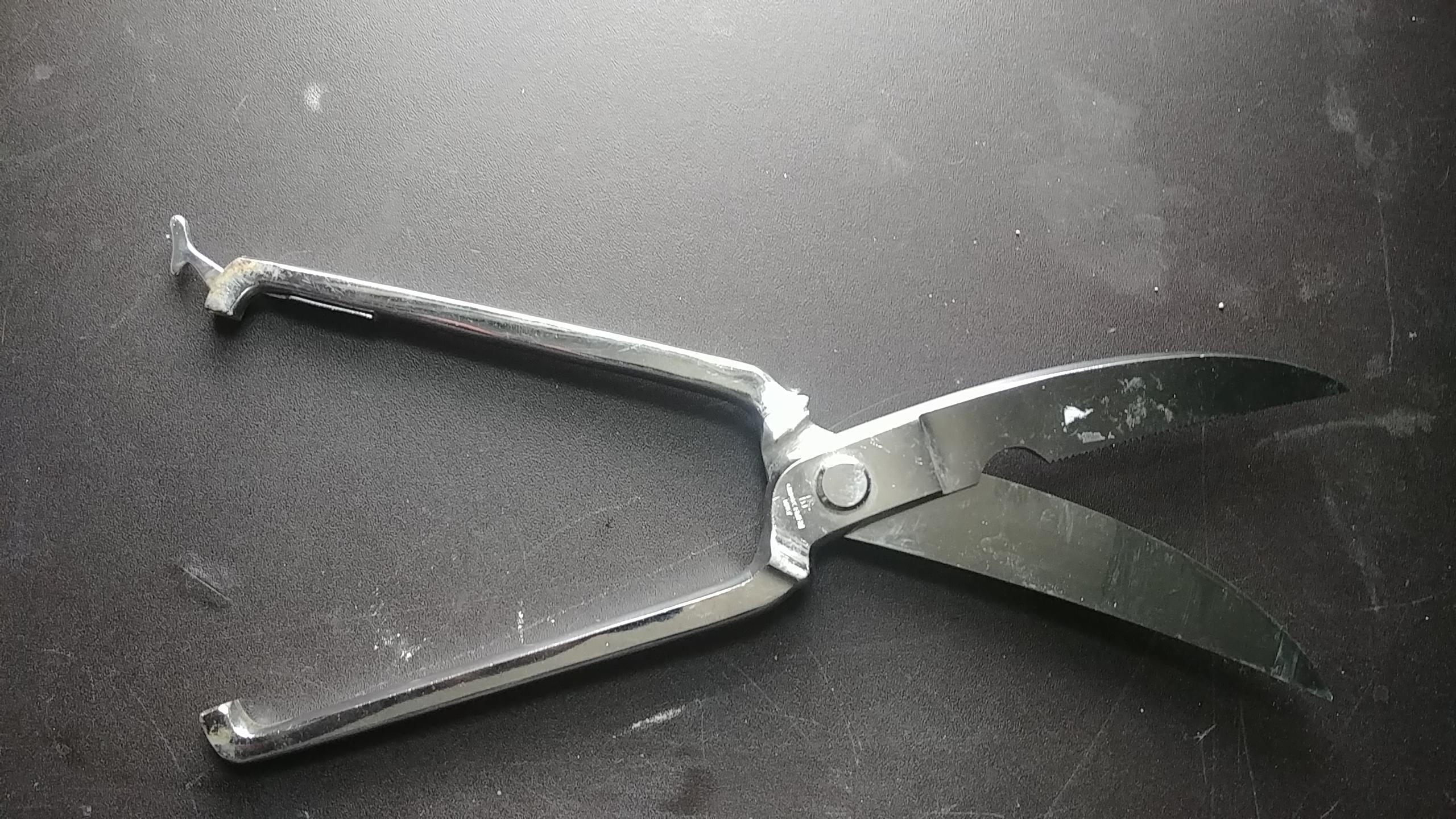 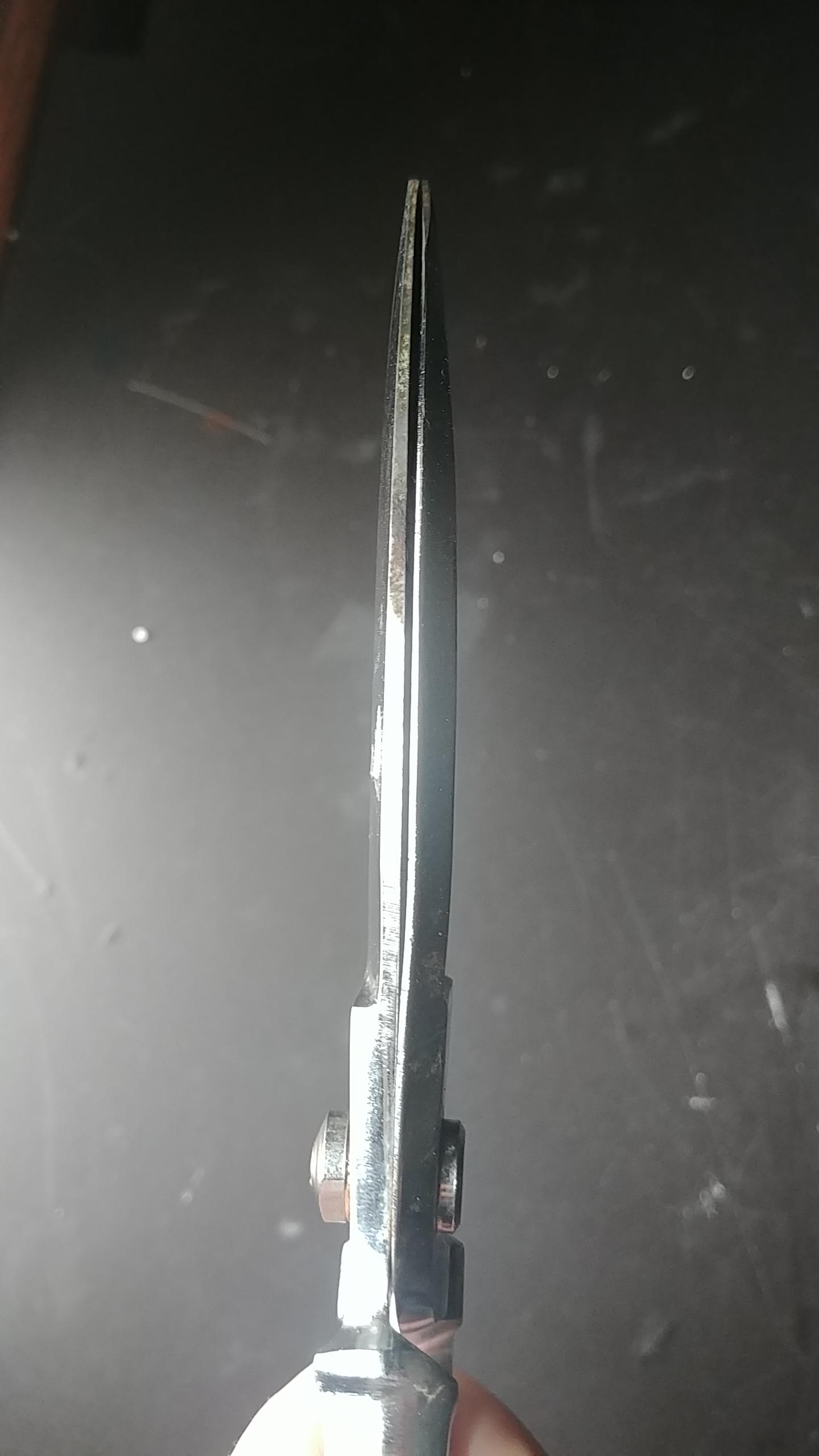 EDIT: I wanted to add some clarification (I don't have the rep to comment)

There is a hidden, internal spring it works very well.

On the bottom there is a latch which keeps them closed.

I do have a modern pair, I intend to use these for small jobs, maybe a novelty when showing off my garden. I was unable to find information on the differences between poultry shears and gardening. Much in the way a metal cutting saw is ineffective on wood, I wanted to know if there was a reason these wouldn't be useable in the garden.

These shears remind me very much of similar perhaps smaller shears found in many garden sheds in the UK some 40 years ago. Bypass pruners, handles sometimes covered in green paint to make them look like garden tools, that worked quite well since they were sharp, often used for rose pruning. When used in limited applications they lasted a long time.

The posted image is a tool designed to cut dead chickens; soft flesh with the long blade and bones with the notch. Since there are not a lot of intermediate uses it probably lasts a long time. No paint in that situation of course, it would flake off and end up in someone's soup.

Positive attributes: easily cleaned and disinfected, throw into a bath of whatever, wiggle about and no abrading plastic handles to harbour odd things, long tip can reach hard to access nooks and corners, bright metal visible among foliage and twigs.

Negative attributes: all bypass pruners suffer the problem of tip spreading, where the tip is used frequently to cut small but hard things. This bends the sharp top blade outwards away from the bottom part particularly where cutting is combined with twisting. This gets worse over time so tip cutting becomes less and less efficient as the hinge wears loose. Also the long blade means less mechanical advantage - if the cutting side is short then the same amount of force can be applied more effectively to the cutting action. Likely your tool was used for long days in an abattoir by hard, coarse hands accustomed to the thin handles. Modern pruners tend to have thicker handles since they are mostly used by weekend gardeners using gloves covering soft hands which would not enjoy the thin handles.

By all means use them for gardening, but keep them for the fine work, and have a regular pair of pruners that can be used by less expert helpers and for the brute work that gardeners are often faced with.

13
What can I use to quickly and inexpensively create metal plant labels?
11
What qualities should I look for in gardening tools so that they're long lasting?
5
Getting gardening stakes in stony ground
6
Should I trim my conifer hedge with shears or an electric trimmer?
5
What is the gardening purpose of an l-shaped groove knife hand tool?
6
What are these garden tools used for?
4
Optimizing use of aerator sandals
3
What is the garden wire used for?
2
What equipment to use for a large garden/lawn?
3
What's the gardening term for the dish you put under under a planters holes?