Mango Tree from Seed - is it damaged? 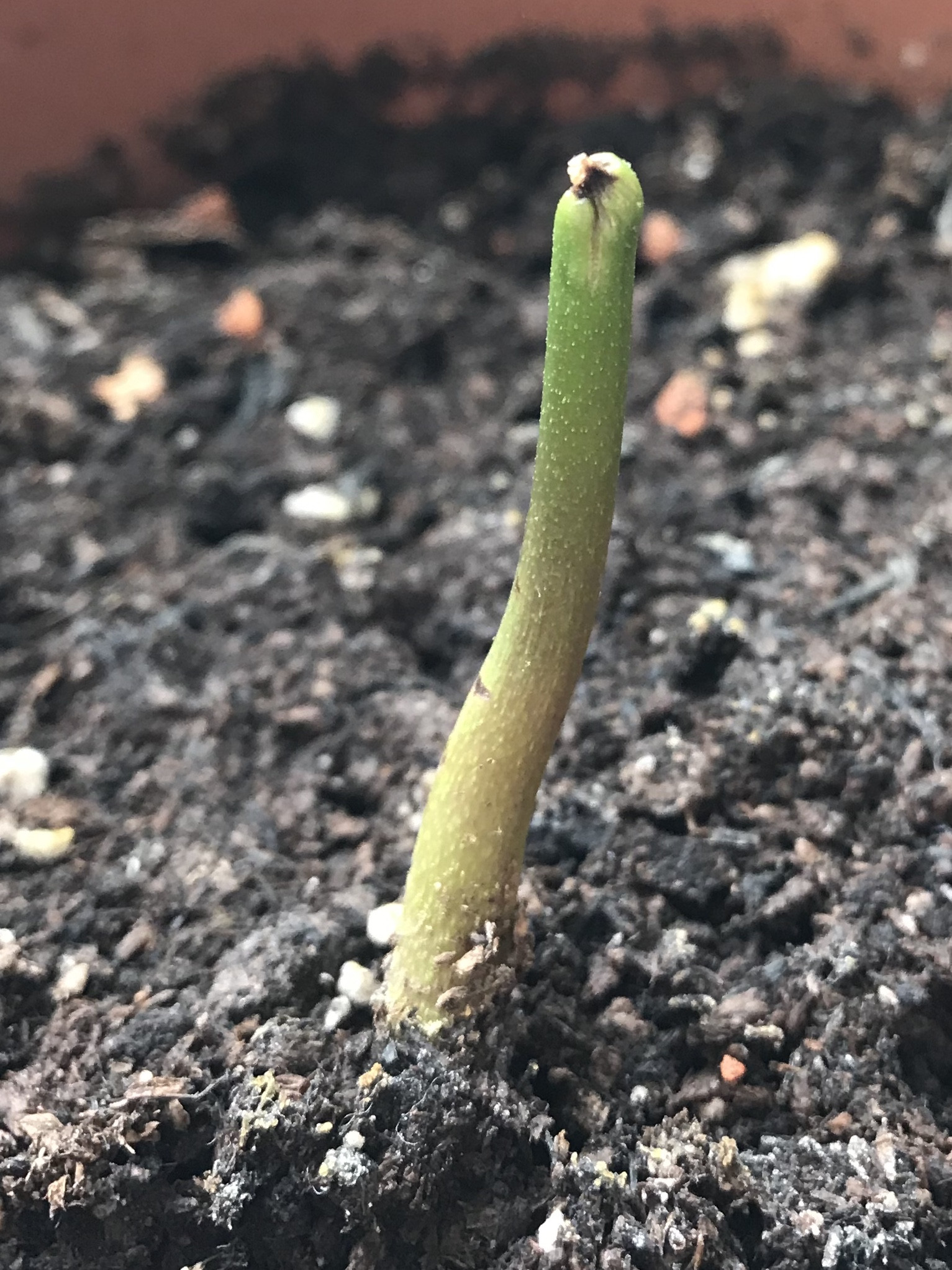 I’ve been growing a mango plant from seed and transferred to pot a couple of weeks ago. Since, the top has hardened to an almost woody nub - is this healthy or did it get damaged in transfer.

Also, while I was loosening up the soil a bit today I knocked a 5p sized corner off the seed. The plant already has roots etc. will it be okay with this damage or not?

Might want to think back to how you prepared the seed - you cleaned off the outside fleshy part and revealed the harder inner pit. Now at this point did you break open the pit to reveal the fleshy inside part and plant that, or did you leave it in the pit to break open naturally? We can tell the root came out, good, and the shoot appeared, okay. Attached to the shoot will have been two round leaves, (cotyledons), as you say, about size of a 5p. The thing knocked off might have been part of the outer shell if you did not remove it, or it might have been one of those cotyledons. Since you don't have any cotyledons left (from the image) this is not good news. The cotyledons carry with them the growing point and if when you lost the cotyledons you also lost the growing point then there is nothing further to expect from this experiment unless you are very lucky.

Before you give up, tease away the soil from around the stem until you get back to the point where it becomes the root and not the stem. You may just see a new growing point if the cotyledons stayed submerged. If you find signs of growth down there then give it light and positive thoughts.

It looks like 95% says you have to start again. It is worth the effort to break open the pit, but do it very carefully to avoid damage to your hands and the embryo shoot.

Not the answer you're looking for? Browse other questions tagged houseplants plant-health fruit-trees plant-care or ask your own question.

4
Why aren't my potted herbs healthy, and water runs dark out of the parsley container?
8
How should we treat cracks in the stem of Aloe Veras?
4
Mango internal decomposition
6
How can i recover an Aloe plant with root rot?
1
Help with a (possibly) dying cherry tree sapling
2
3 Mango Trees (6 months old); Grayish-Orange Spots heavily progressed; Blackening/brown curling leaf tips; 1 Mango Plant losing all its leaves!