What is this white plant growing from the tree? The host tree (not the white root) is about 30” tall.

I was checking the soil from this tree because it was deteriorating pretty fast and I wasn’t sure what the problem was.

So I remove it from the planter and I notice this white root growing. The tree is basically dead, but this white thing is growing.

I was about to throw it away when I noticed this.

Can anyone identify this plant and should I still throw it away? The trunk has small worms. 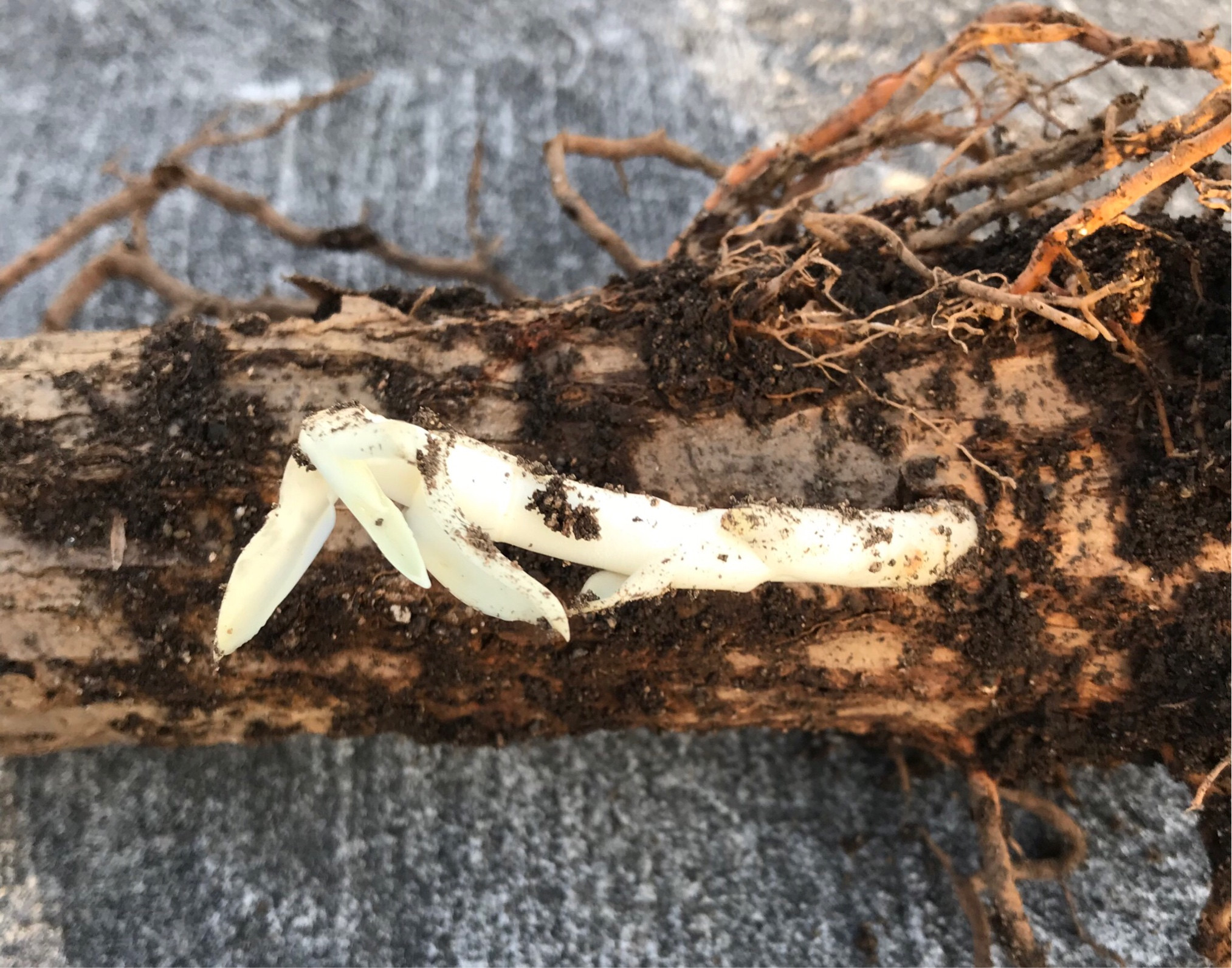 This is the tree:

I don't think it is "a plant growing from the tree". I think it was actually the last ditch attempt of the tree itself to stay alive. When the white shoot had grown up through the soil it would have turned green in the light as it started to produce chlorophyll.

Unfortunately, digging it up won't have increased its chances of survival, even if you replant it again. Some of the original roots must have been alive, but you may have damaged them and they won't survive long if they are not replanted.

Since the old dead trunk has "worms" the best thing to do IMO is throw the whole plant away (in the trash, not onto your garden or compost heap) along with whatever soil of compost it was growing in, and then thoroughly clean the pot before you re-use it.

Not the answer you're looking for? Browse other questions tagged identification trees plant-health tree-care or ask your own question.

6
How should I stabilize a tree with a malformed root ball?
3
Identify plant and things on it (Possible Scale)
7
What is this large tree with many suckers growing from the trunk?
1
Help identify this oak tree
3
What is this vine / tree growing up my giant poplar?
3
What is this growing on my orange tree
3
Can you “seal” a cut off section of a tree to protect it from rot?
3
Is this lichen or some other fungus on my palm tree?