This is a somewhat hypothetical question, but:

This little Quercus robur seedling was pulled out during a weeding session. Apparently it’s at least two years old and the original tip was cut off at some point, causing it to develop a double tip/stem. 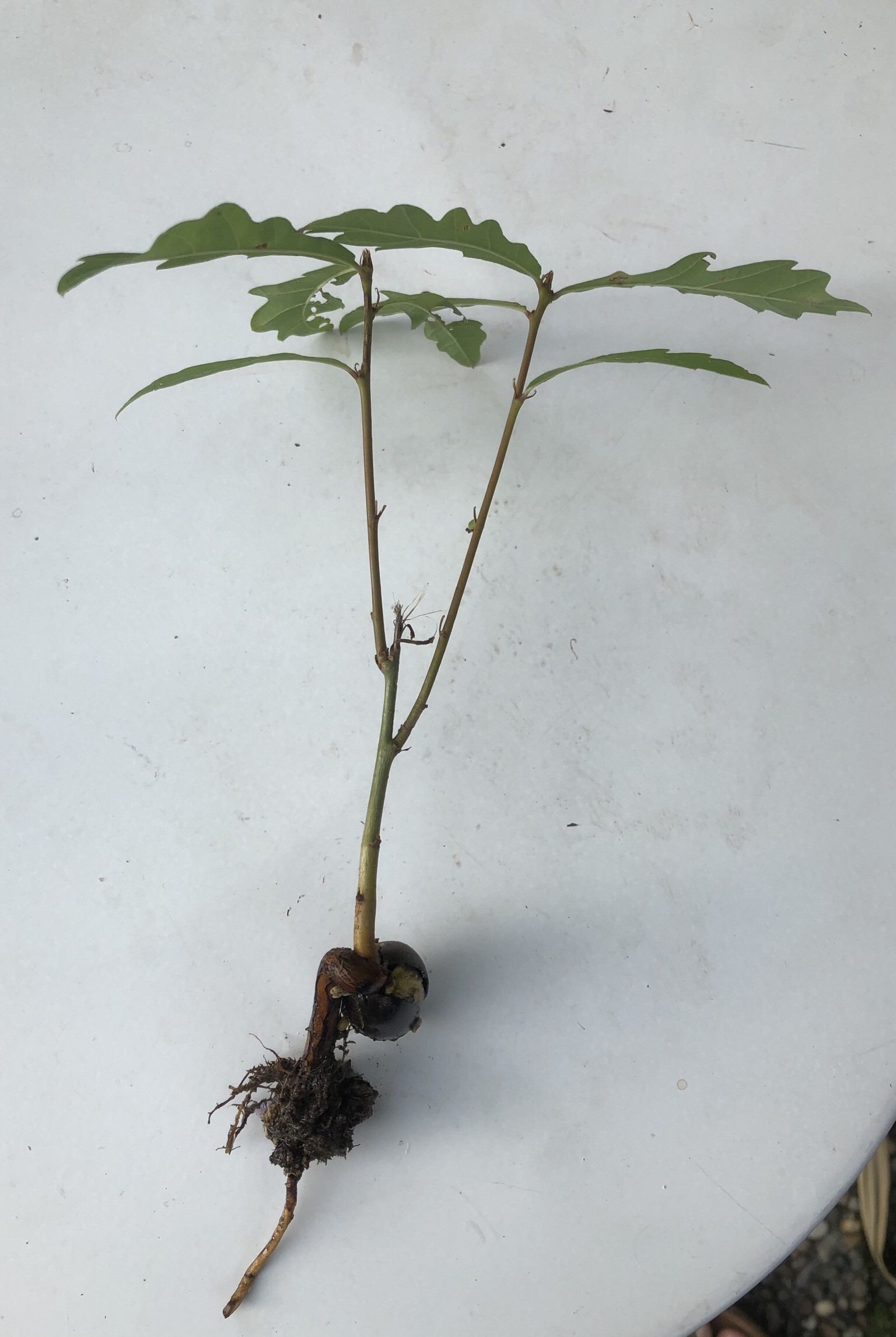 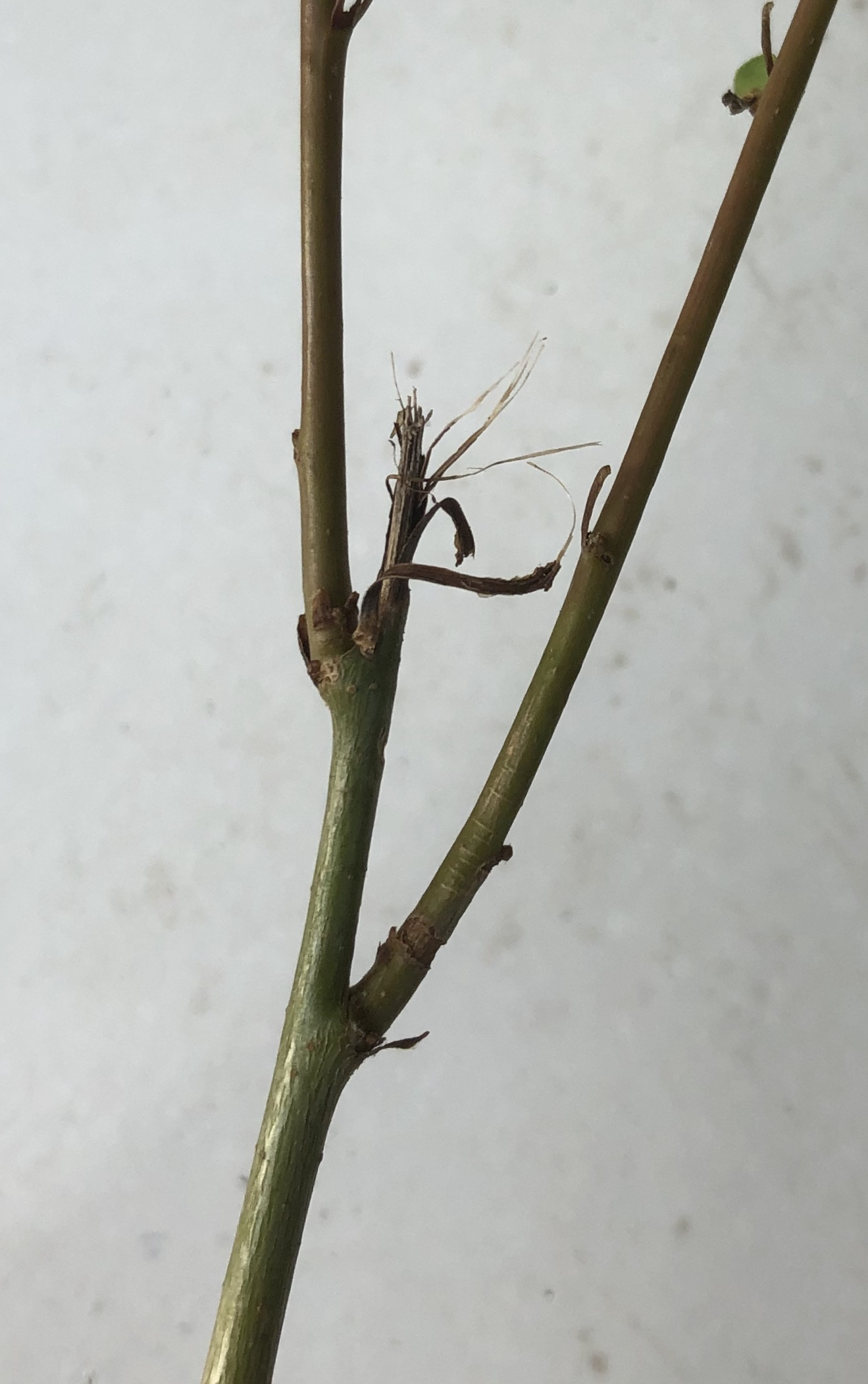 Admittedly, we have dozens, if not hundreds of healthy and vigorous (and single-tipped) seedlings in the neighborhood (we had a huge mast year), but minor 2 is at an age where she will try to protect every life form at hand, so the debate is whether we will replant the seedling instead of putting it on the compost heap.

Which leads to the question at hand:

What will be the long-term effect if such a seedling grows into a mature tree?
I assume it will develop a double trunk. Will there be stability problems? Greater risk of fungal infection or breakage? Other side effects or potential problems?

(Let’s exclude the myriads of reasons that the seedling won’t make it and assume generally favorable conditions and success (even if human-aided) in outcompeting others.)

Likely one of the branches will take over as the dominant one, but at this stage both can be allowed to progress since it spreads the risk. One or the other might be hurt and if there are multiple shoots it is more likely to survive. Eventually the weaker one can be pruned away once the seedling is firmly established in its new location.

Adding it to the compost will make very little contribution to the health of the planet. As a healthy surviving tree it will make a much greater contribution. Replant, but bear in mind that the parent tree can only cast its children so far. Most of the seedlings will be close to the root of the older tree - this one has an opportunity to be thrown much further, perhaps to an area where there are currently no oak trees. Oak is not a ruderal species and will need to be moved to a suitably protected place.

Can minor 2 find a place where the tree will grow to a magnificent specimen that you can visit in many years and say "we helped this happen"?

Not the answer you're looking for? Browse other questions tagged trees seedlings oak stems or ask your own question.

5
How do I remove oak seedlings which sprouted in my garden?
2
very thin seedlings
7
How common are double dicotyledons?
4
Japanese Maple Seedlings Dying For No Apparent Reason
3
Oak Tree Seeding
2
Should I prune double “trunk” of orange tree seedling?
1
Need to relocate oak seedlings in Iowa
1
Golden Rain Tree Seedlings
0
How to help seedlings recover from tip burn