What central Illinois fungus is this?

White fungus with honey like globules seeping from it (https://i.stack.imgur.com/KpyxD.jpg) 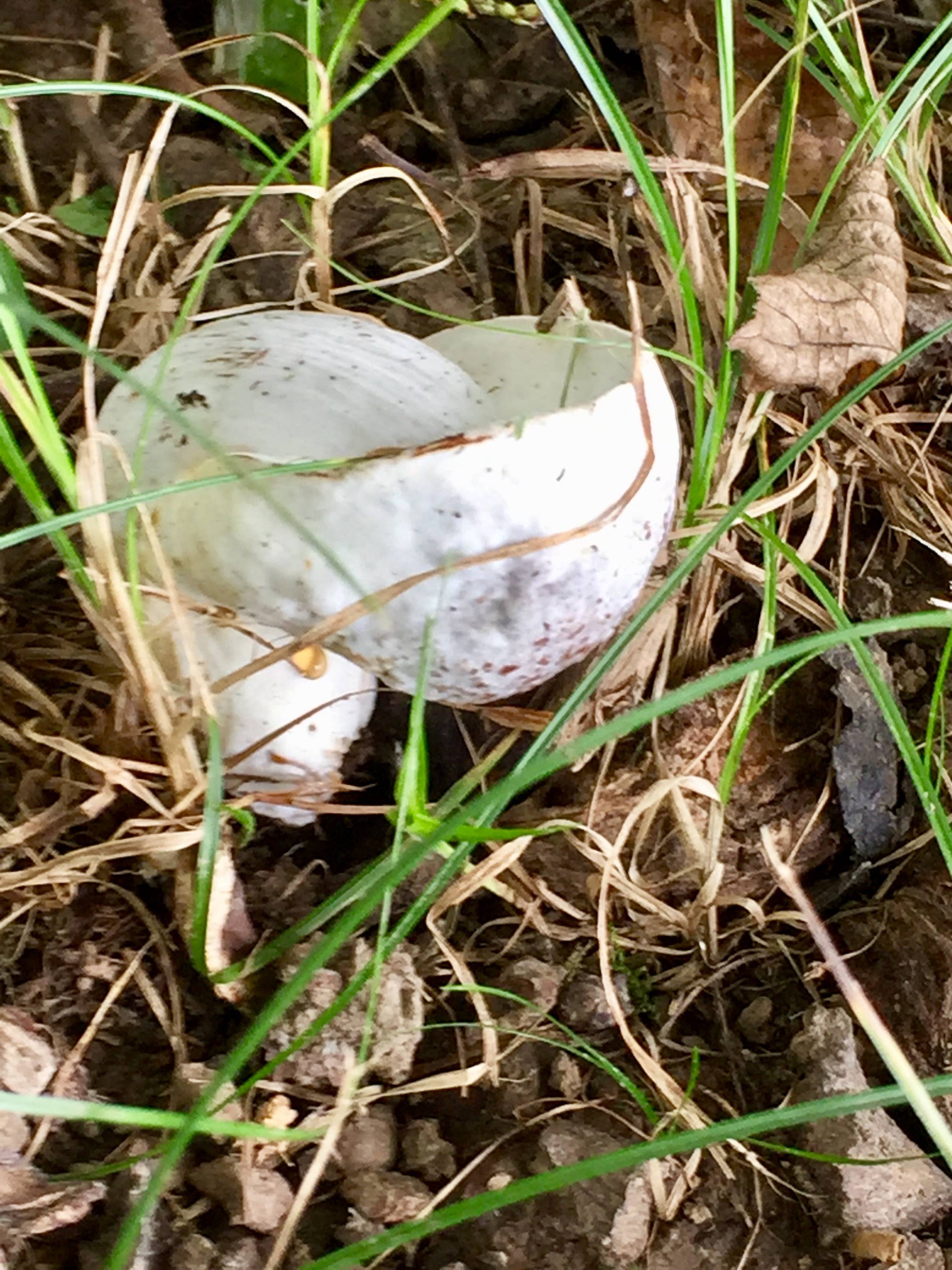 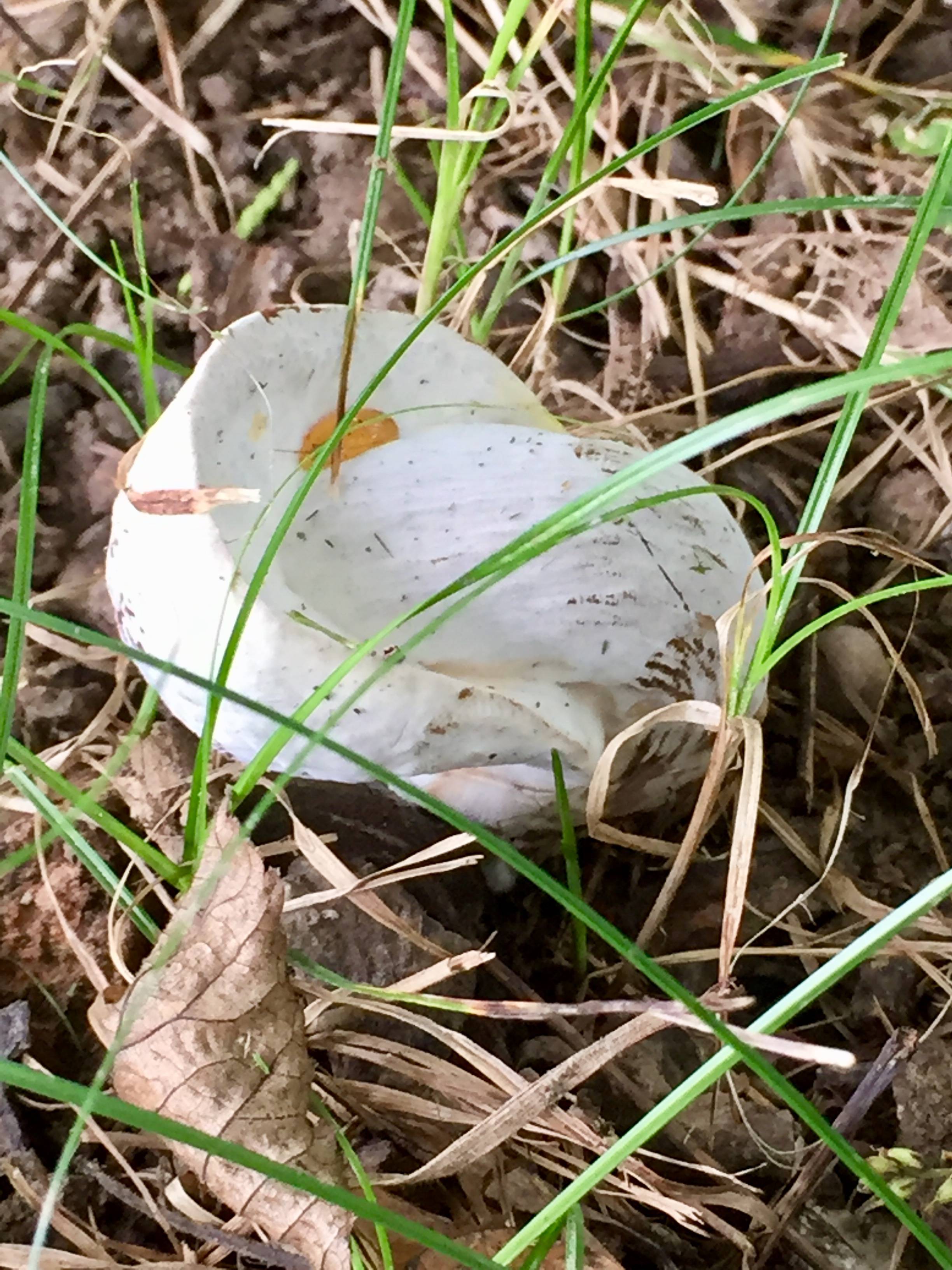 Definitely not a puff ball of any sort.

What That Idiot said in the comments, plus:

I think what you've got there is a mushroom that has been parasitized by another fungus. I'm basing this off of the distorted shape of the mushroom (upside down cap) and the relatively consistent texture and color across all surfaces. Probably some sort of parasitic ascomycete and to take a wild guess, possibly Hypomyces chrysospermus, commonly called bolete mould. 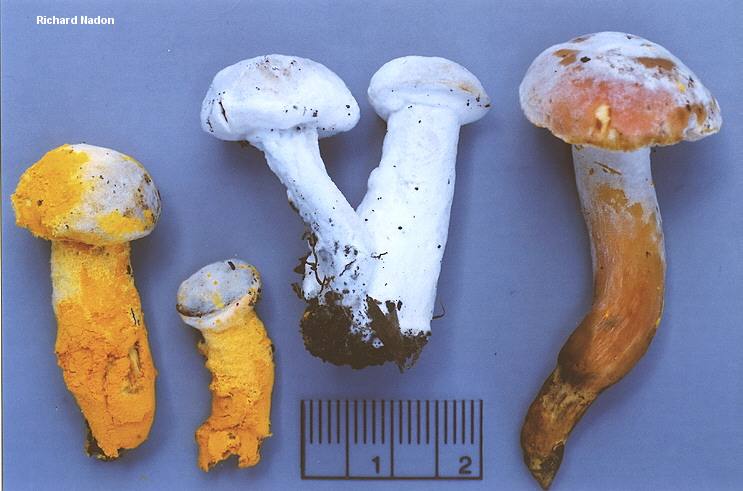 This "bolete mold" is widely distributed in North America (and the world, for that matter); many mushroom hunters in search of edible boletes have found Hypomyces chrysospermus attacking their quarry. The fungus begins on the mushroom's pore surface as a white, powdery mold, but it quickly spreads across the mushroom, sometimes engulfing it entirely and distorting it into something nearly unrecognizable. When mature, Hypomyces chrysospermus turns from white to golden yellow--and eventually becomes reddish brown (though neither the mushroom nor the mold is very often seen in this last stage, since decay has set in).

A couple more observations on your photos:

Note that my answer is not intended to be a definitive identification. For a positive ID, microscopic inspection would be needed. What you do know for certain is that this is some sort of parasatized mushroom & that regardless of what type of mushroom it started its life out as, it should not be considered edible.