Curled leaves on Jojo plum and something rot like in fruit

We have planted Jojo plum tree couple weeks ago. Some of tts leaves are curled and there is also something rot like in the fruit. I have not found any aphids in leaves. We have mostly sandy soil and water quite often. What is going on? 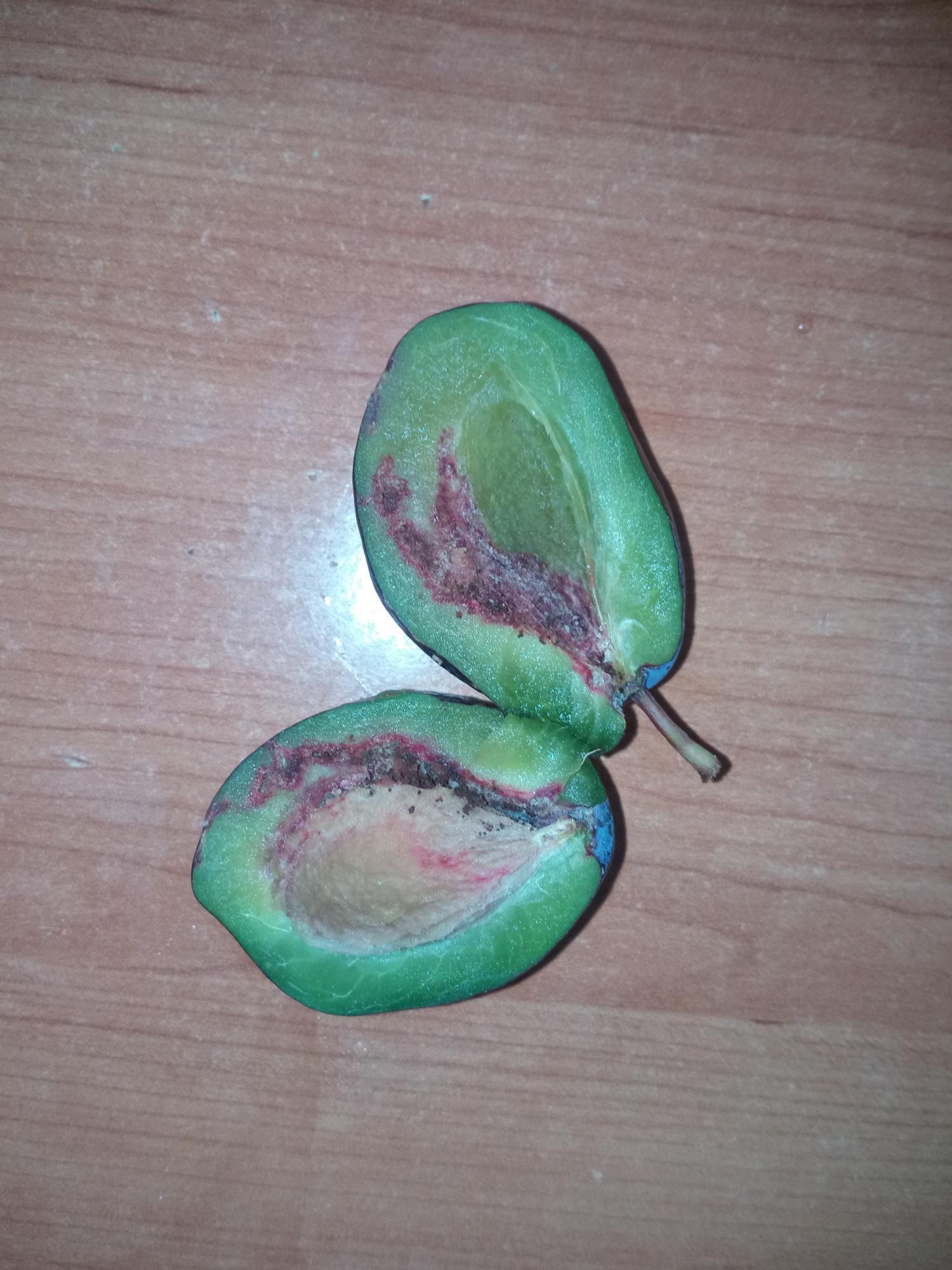 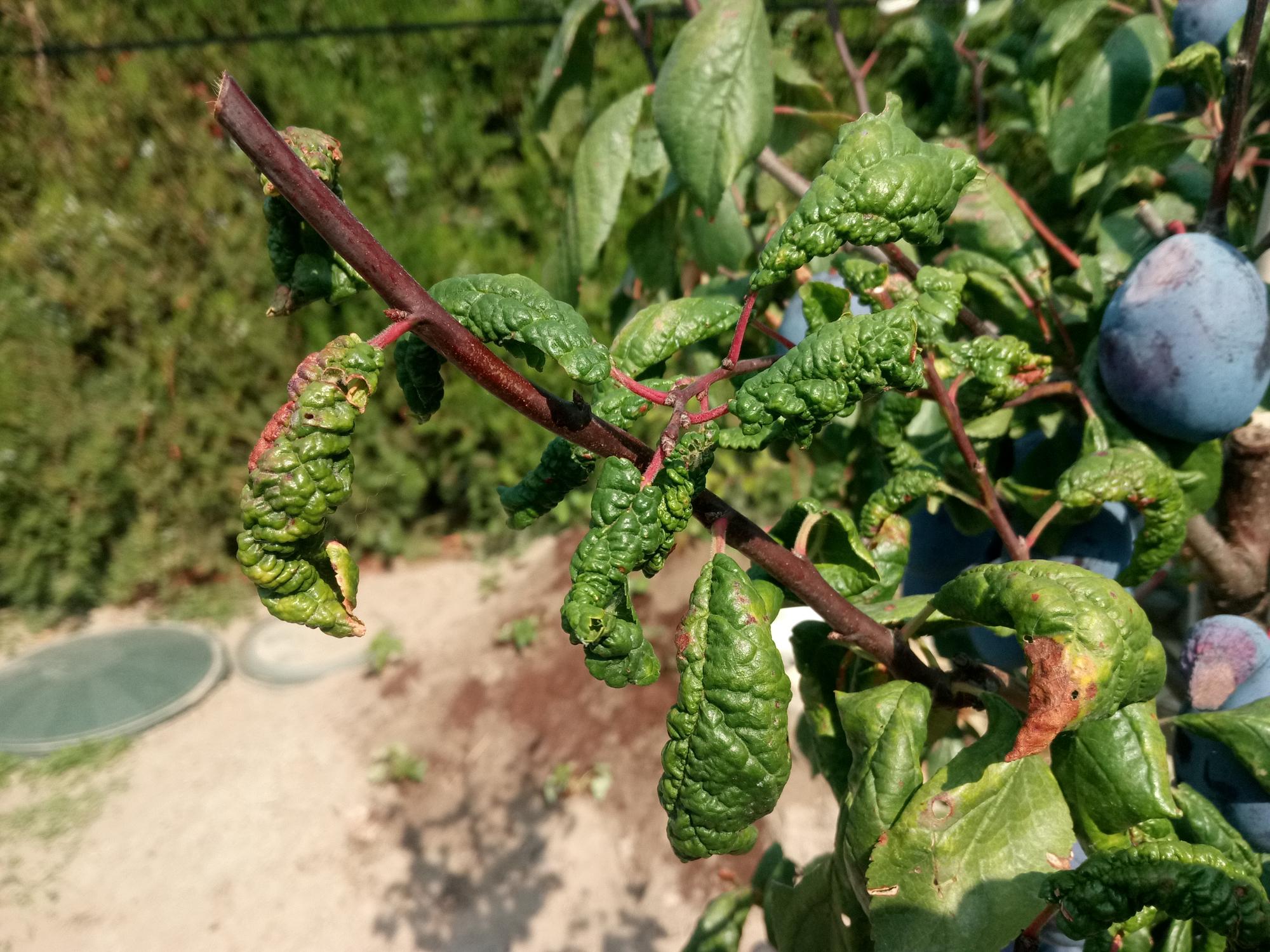 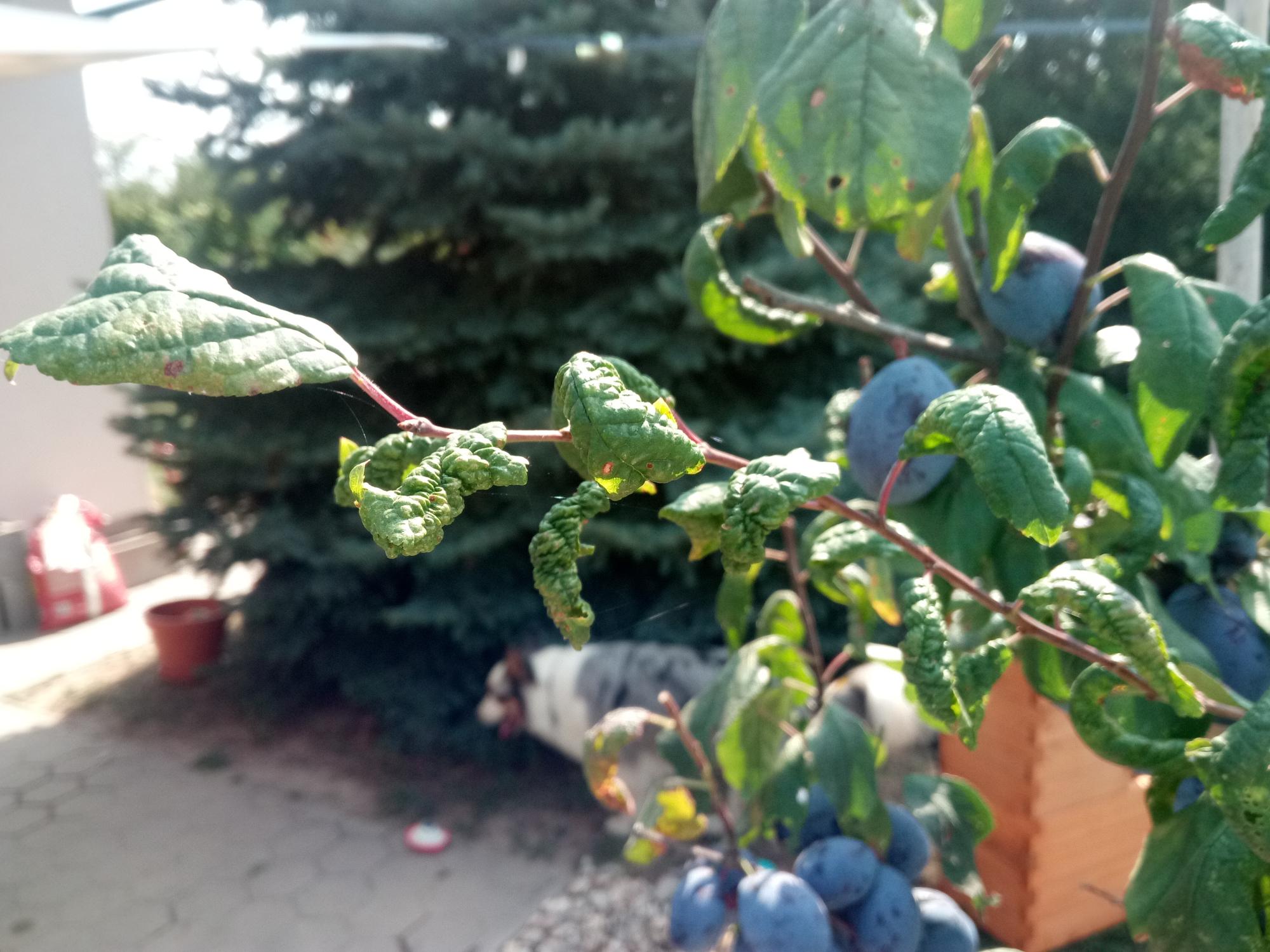 Two separate problems; the puckered, curled leaves are caused by plum aphids. most likely plum curling aphid rather than mealy plum aphid. They cause this sort of damage in mid to late spring for a few weeks, but newer growth after that time period is unaffected. Whilst the effects might be unsightly, it doesn't harm the tree, so plum aphids can be tolerated to avoid using insecticides. Info on plum aphid here https://www.rhs.org.uk/advice/profile?pid=681

The fruits seem to have been affected by the larvae of Plum moth - the larvae enters the fruit (you can sometimes see a depressed area on the outside which indicates its in there) then eats usually round the stone, leaving its frass (poo) behind. The fruit you show is only lightly affected; the interior of affected plums often looks much worse and you may even find a larvae/caterpillar inside some fruits - they look pinkish. You can hang a pheremone trap in the tree around May time - when you see its caught an increasing number of moths over a period of time, its time to spray. You don't say what part of the world you're in, but information on plum moth here https://www.rhs.org.uk/advice/profile?pid=554, though the recommendations for insecticide treatments apply to the UK - there may be other treatments in other parts of the world.

Not the answer you're looking for? Browse other questions tagged plant-health diseases plums or ask your own question.

10
What is a good Plum tree that is self-fertile, disease-resistant and a heavy cropper?
17
How do I encourage my plum tree to produce fruit?
12
Are the yellow leaves on my Massangeana due to root rot?
2
Planted plum seeds, now what?
3
Lack of Blossom and Fruit on my Plum Tree!
3
Why did the leaves on my Christmas cactus suddenly change texture and colour?
5
Why isn't my Victoria Plum tree fruiting?
3
Why are these leaves white on my plum seedling?
7
Best remedy for rot in plum tree
2
Drying and curled up leaves on pluot tree