What the heck is this?!? Can’t find its name anywhere? 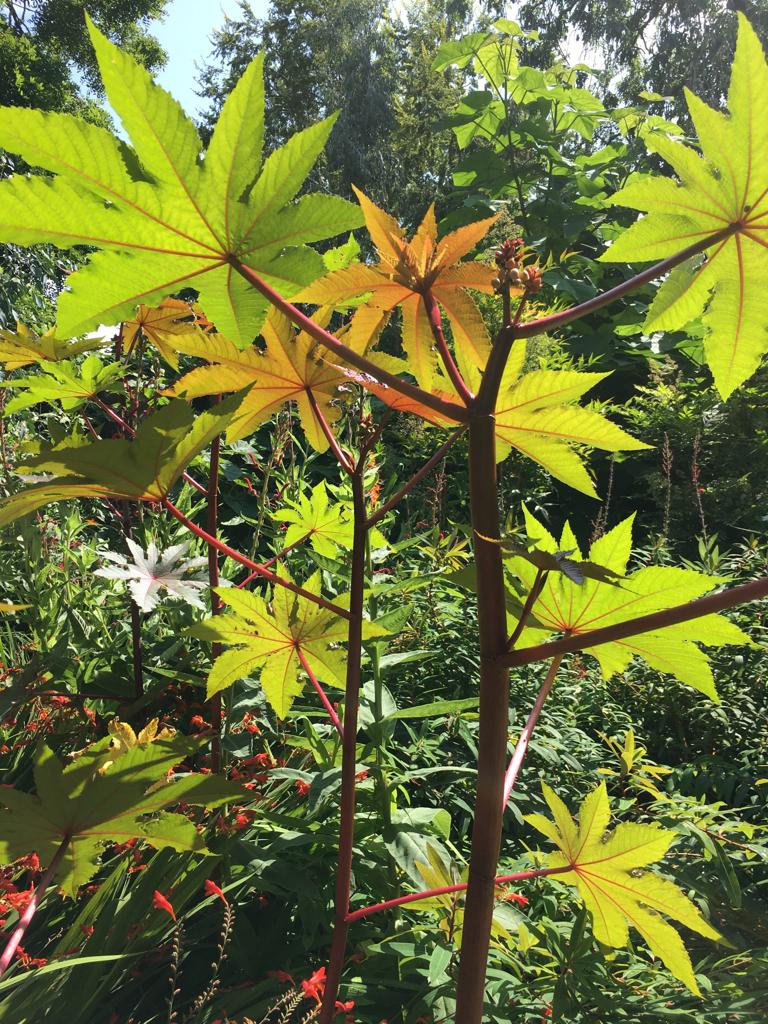 This is probably ricinus communis.

With oversized, tropical-looking leaves and bizarre seed pods, castor bean is an exotic addition to the ornamental garden. The only member of the genus, Ricinus communis is in the Spurge Family (Euphorbiaceae). The word ricinus is Latin for “tick”, used for this plant name because of the superficial resemblance of the seeds to a particular species of European tick. Castor bean is native to tropical east Africa around Ethiopia, but has naturalized in tropical and subtropical areas around the world to become a weed in many places, including the southwestern U.S. Plants are typically found in moist, well-drained soils in disturbed areas, such as along river beds and roadsides, and in fallow fields or at the edges of cultivated lands.

Not the answer you're looking for? Browse other questions tagged identification plant-recommendations or ask your own question.