Our Peperomia Polybotrya has developed some rust/copper coloured spots and I can't figure out what they are. I've googled intensively over the past few weeks, but I'm coming up empty, so I figured I'd throw the question up here.

The first picture is what the bigger patches look like. The second picture is what it looks like after being scraped away. The rest of the pictures are underneath some of the leaves where smaller patches have popped up.

The plant seems to be growing really well, but does have some bumpy patches on leaves as well as two curled leaves. They are on the inside of the plant though, so I figured they just weren't getting enough light.

The rust spots have been there for about a month now. I kept checking for bugs and found none until yesterday. Rinsed off the leaves and nothing since, however the rust seems to now be spreading. This makes me wonder if it's a fungus of some kind that spread when I washed the leaves... I don't know.

Any help would be HUGELY appreciated! 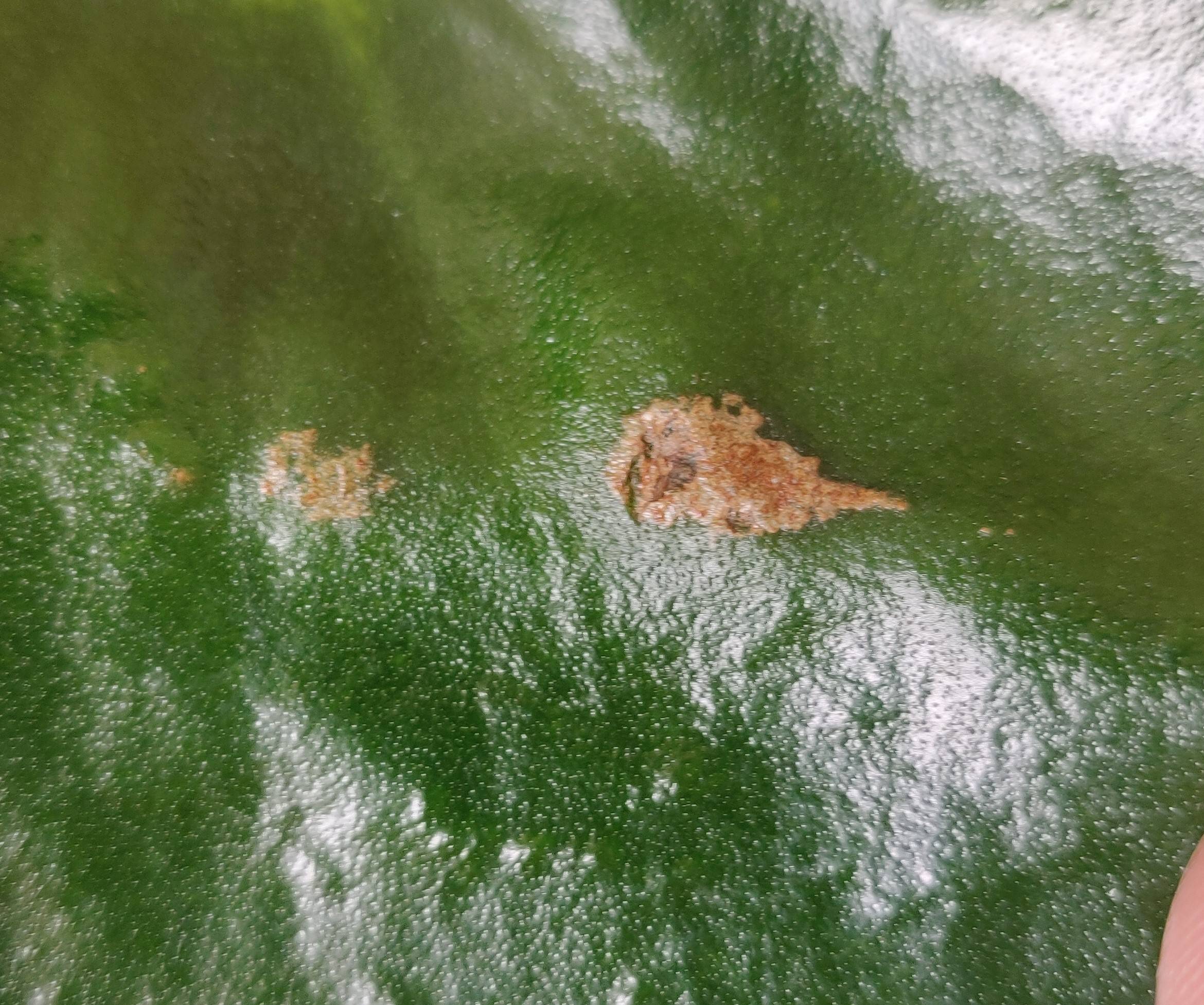 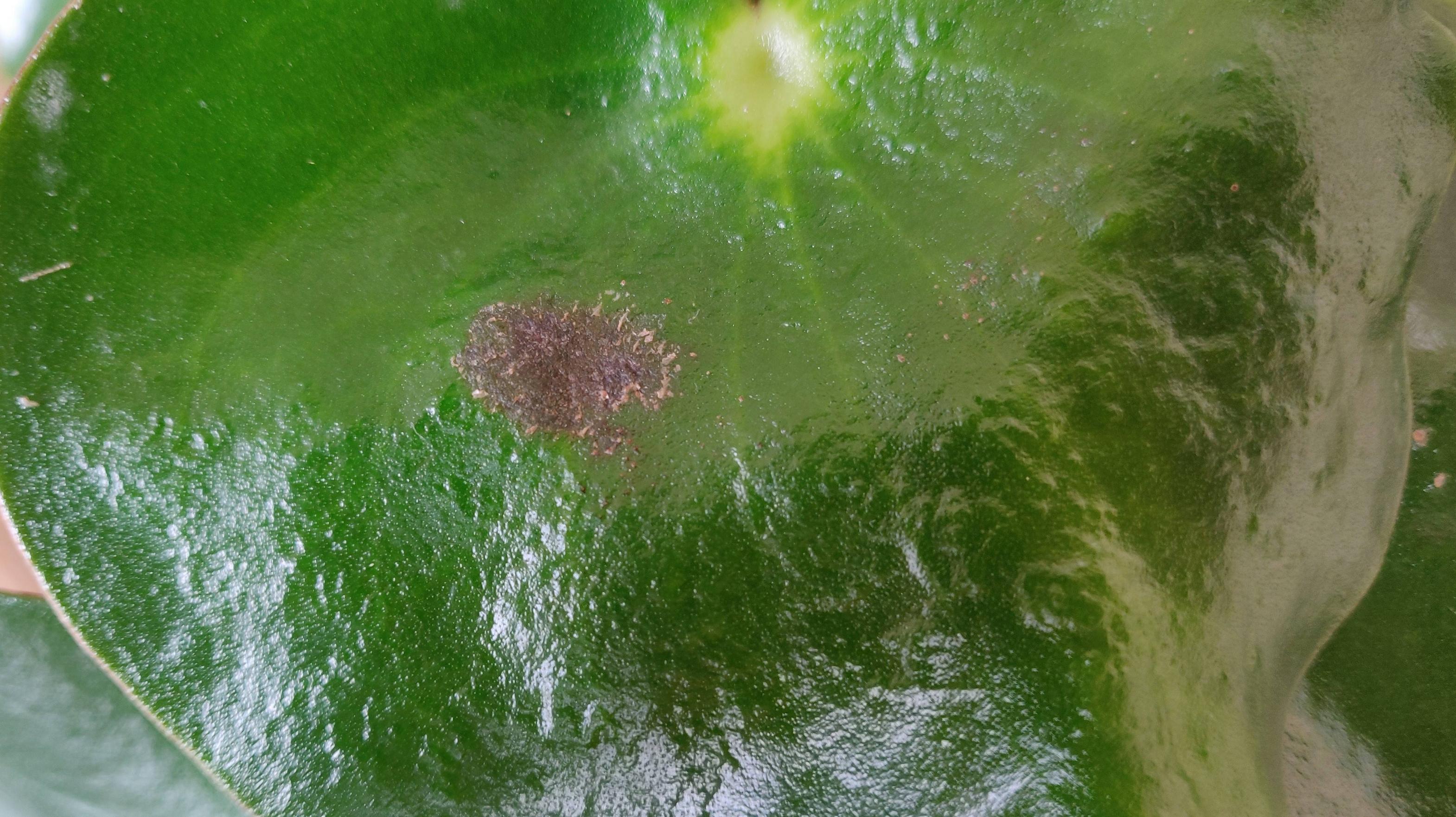 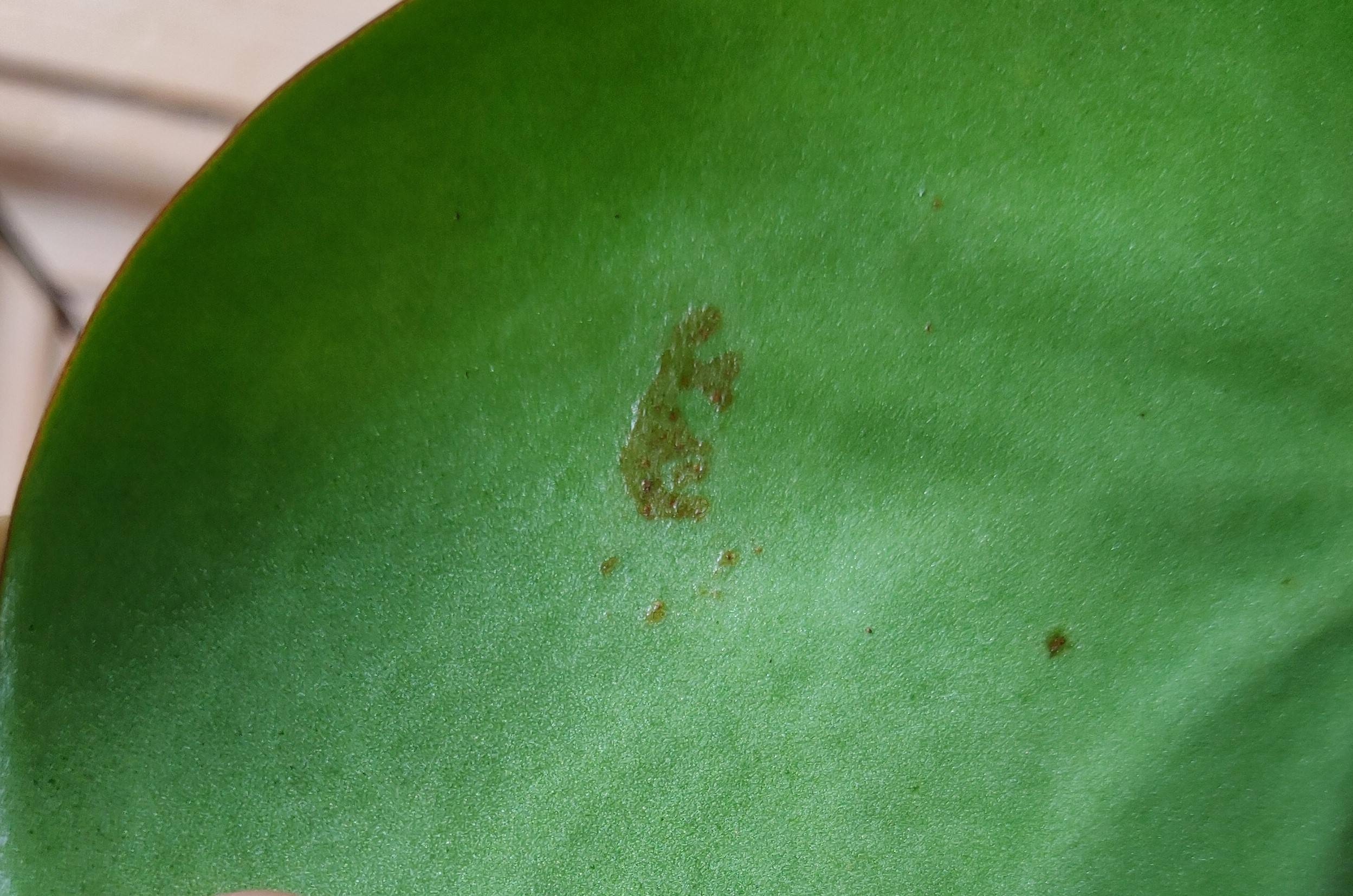 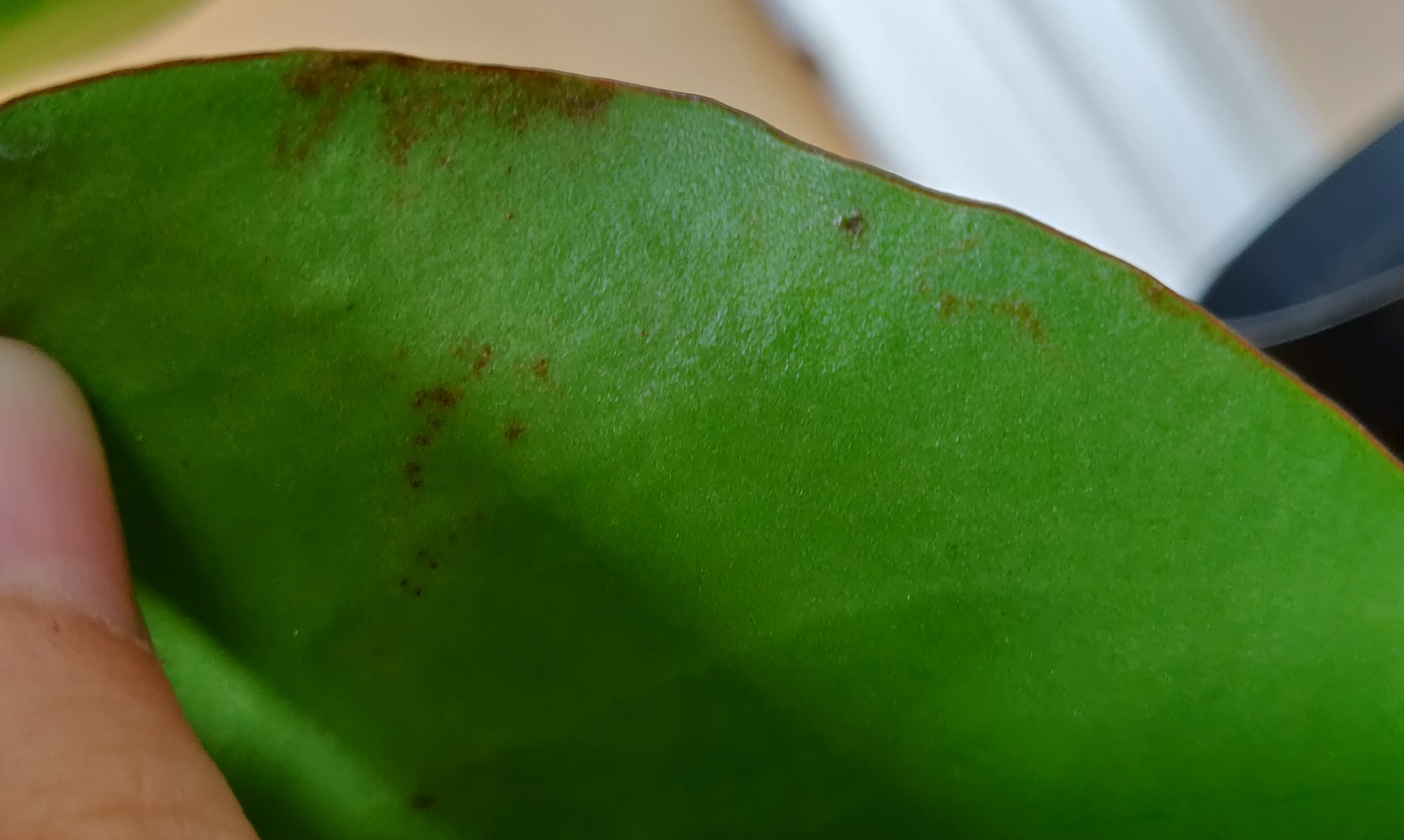 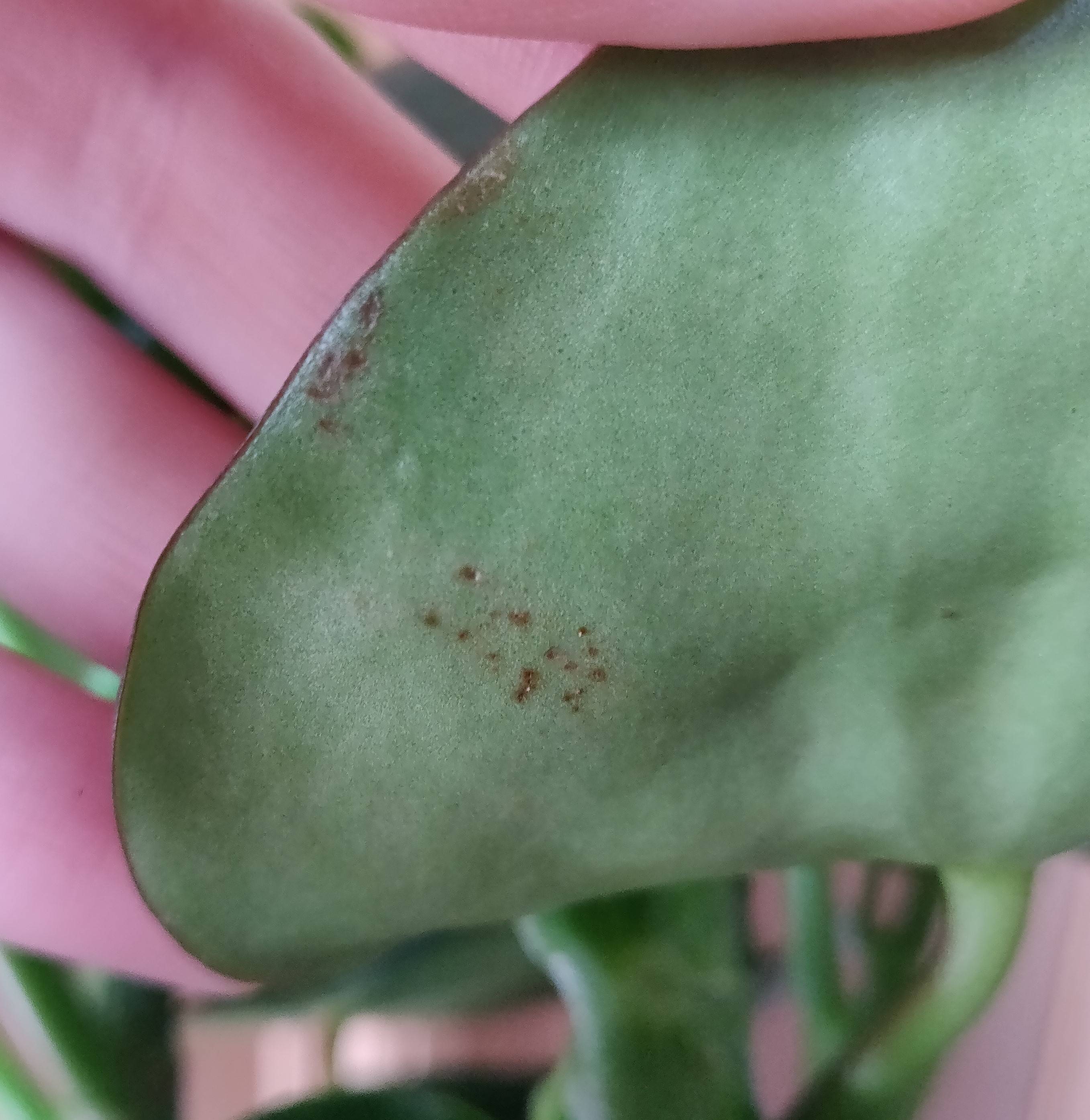 I was googling for exactly the same symptoms as you described because my peperomia polybotrya came looking like that. From the information I’ve gathered your plant may also be overwatered. Peperomia polybotrya doesn’t like having wet feet and should be bottom watered when the soil feels dry. The soil should also be well draining (50% peat, 50% perlite is what many people recommend) and the pot should have drainage holes. So a repotting and fewer waterings might be the solution. Sadly, I realized my plant had been overwatered too late and the roots were rotten by the time I wanted to repot... Now as a last resort I’m trying to propagate the leaves in water.

Hope this is helpful!

Best of luck to you and your plant :)

Not the answer you're looking for? Browse other questions tagged diagnosis diseases pest-control or ask your own question.

12
What causes cucumber leaves to turn yellow, brown, wilt, die, and the plants to stop producing?
8
What happened? - Chilli plants are developing spots on leaves and the edges are curling
5
Black spots, curling leaves on potatoes, help identify problem
8
Is this fig tree disease or just malnourished?
11
Why does my lemon tree have black scabs on the lemons and yellow spots on the leaves?
4
This basil plant has strange spots (almost shiny?) and I can't figure them out
4
Leaves are dying slowly on Raspberry plant-what on earth is wrong?
1
Peperomia obtusifolia, brown spots on all leaves