How should I pot this aloe clipping?

I took a clipping from a friend's very healthy mature aloe and have allowed it to grow roots for two weeks in water. 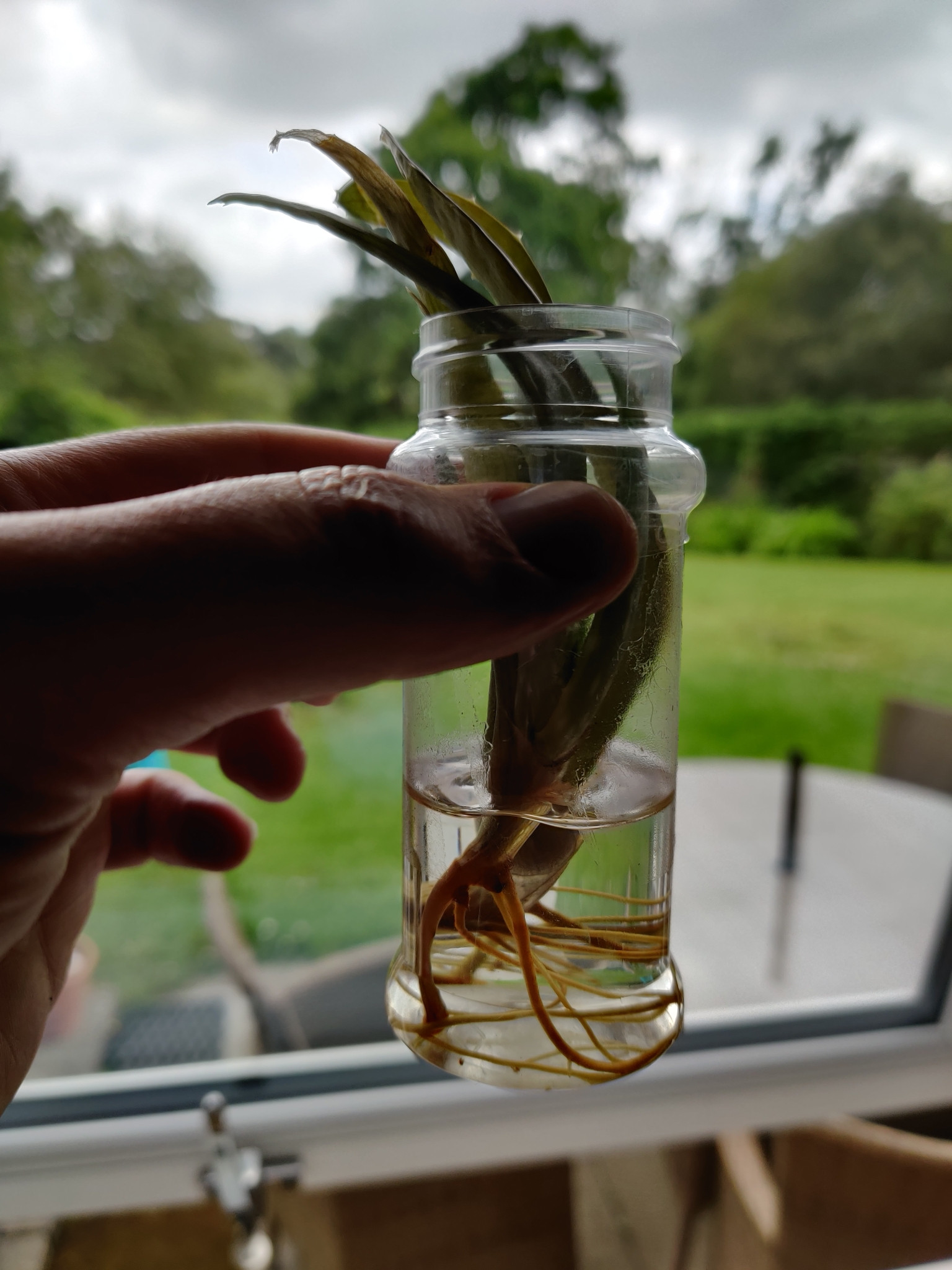 I have not grown aloe before but I'm assuming it's now ready to pot so wanted to get guidance. I was going to use some alpine compost in a small (6" by 6" pot)

Does that sound reasonable? I'm happy to be corrected if not.

It was "ready to pot" when the roots were a couple of inches long, but no matter, so long as you take care not to damage them. You need a pot deep enough to take the roots, but it doesn't need to be wide since the base of the plant will only expand slowly as new leaves form.

"Alpine compost" may be unnecessarily expensive. Any free draining compost, e.g. something sold as "cactus compost," or even ordinary potting compost with some perlite added, are fine.

You need to pot up the plant deep enough so it doesn't fall over, but not so deep that you run the risk of the water collecting between the bases of the leaves leading to the plant rotting. Providing a bit of support until the roots get established may be necessary - e.g. a loop of material that is wide and soft enough not to damage the leaves by pressing against them.

Don't over-water. A succulent plant of that size can survive several months with no water at all. A lot of water infrequently (so long as you don't leave the pot standing in water) and allowing the compost to completely dry out before watering is better than "little and often" which can lead to the plant rotting at the base. Make it do what is would do in the wild - store water in the leaves when it's available, and survive on that until the next tropical rainstorm comes along.

They also need lots of light, and direct sunlight is fine.

If you get a flower spike (which you should, after a couple of years or so) then don't water at all after flowering until the spike has dried up and falls off or can easily be detached from the plant without cutting it. That may take two or three months, but see the comment above. The plant will do better in the long term by having a dormant period after flowering, until you start watering again.

Not the answer you're looking for? Browse other questions tagged containers aloe or ask your own question.