what are these brown spots on my potato plant?

I have noticed brown spots on my potato plant but cannot figure out what it could be. Do you might have an idea? 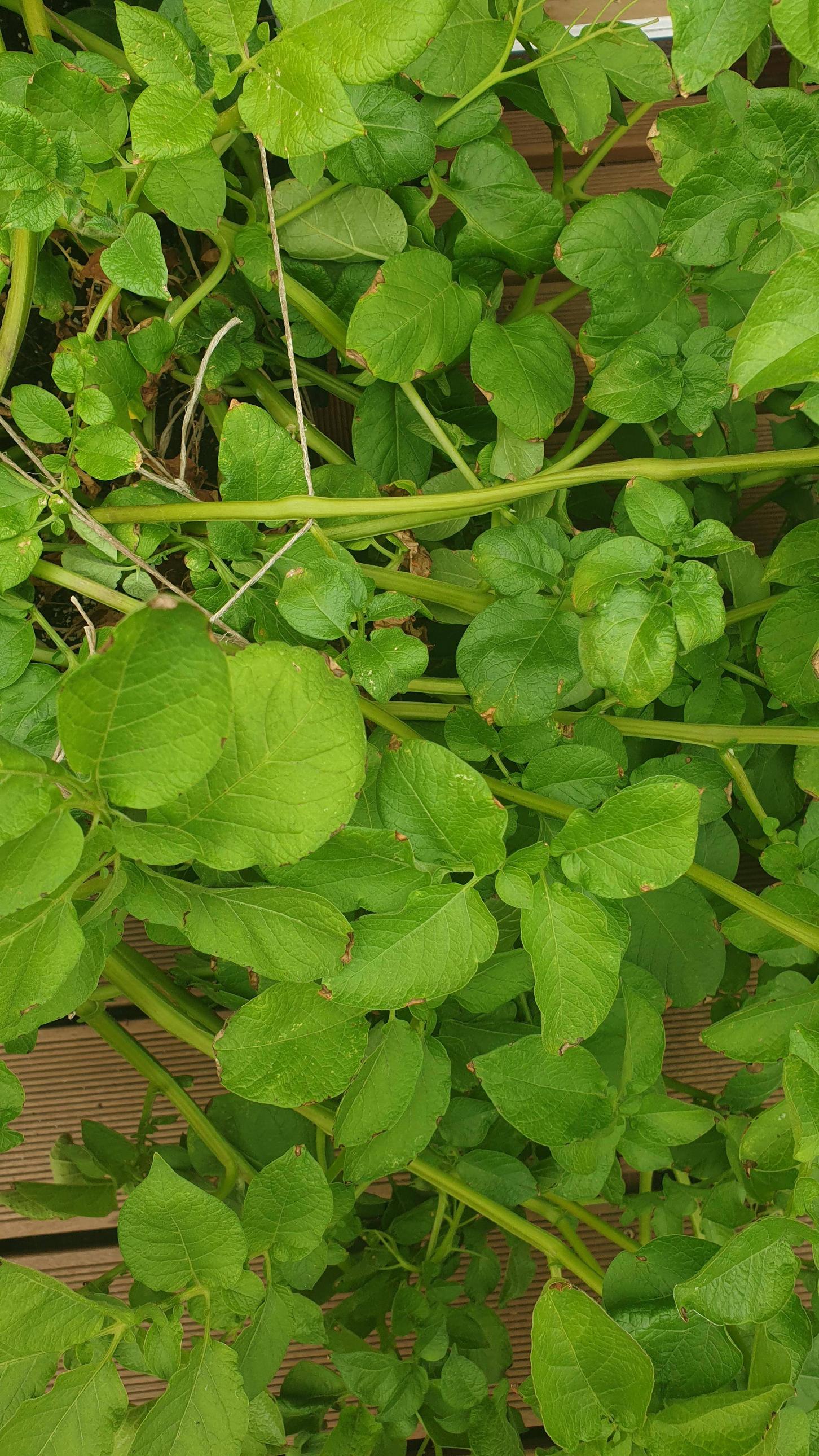 Assuming you mean the little brown patches at the edge of the leaves, not in the middle, it looks like mechanical damage, probably due to either wind or someone walking through the potato patch with rough trousers. Potato leaves are quite soft even in maturity (compare to other plants like a rubber plant with tough mature leaf), and particularly when first expanding. In a heavy wind the haulms flap back and forth quite a bit hitting anything within reach and a little damage is to be expected. Mostly it will be at the leaf edge extremities. The cells are easily damaged when they rub against other things. There is an inbuilt protective mechanism that allows the cells in a damaged area to die back a bit and then seal off that part of the leaf to avoid exposure to pests and diseases.

Some varieties of potato like Yukon Gold are more erect in habit than others like Russet. If you have both erect and floppy varieties try to do a comparison of the leaf edge phenomenon and see if there is a difference. Also choose a leaf or two, give it a little scrape at the edge and come back in a day or two, compare the deliberate damage to the existing.

Not the answer you're looking for? Browse other questions tagged diagnosis plant-health diseases pests potatoes or ask your own question.