Do I need more vertical support for climbing roses?

This is the front of my house in Pacific Northwest and you can see the red rectangle frame was there before: 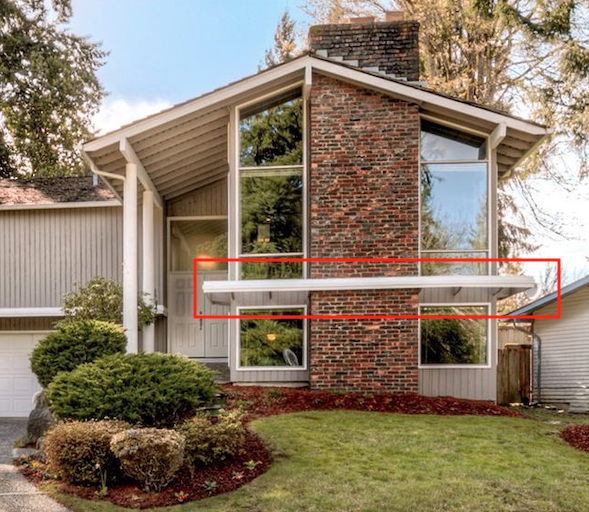 I was told it was built for climbing plants back in the 70s. Now I want to grow this climbing rose:

The front area only get morning sun (it's East facing).

This is what I am thinking. Is this correct? 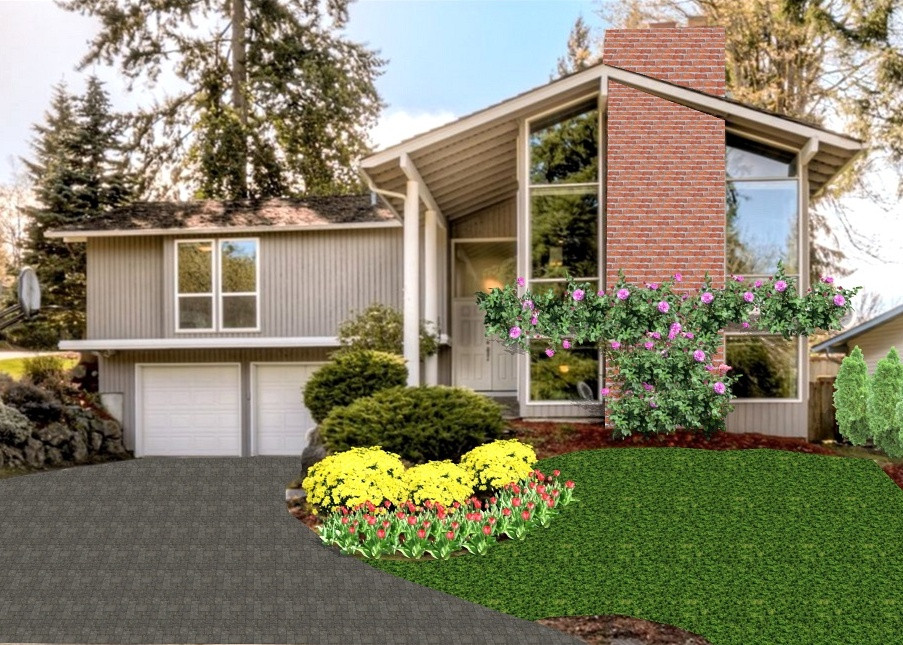 Is this something I should use? Found at HomeDepot 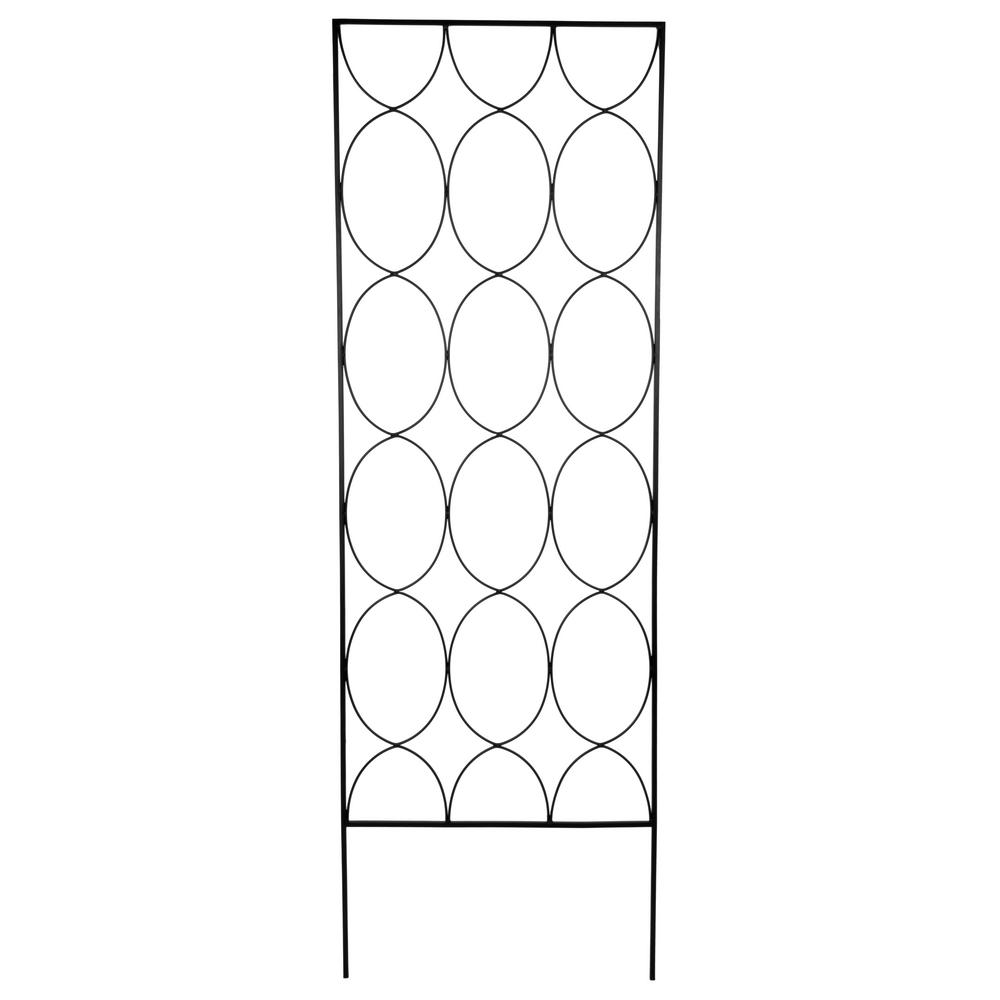 I wouldn't describe an open wall like that as "shady" whichever way it faces. You profile says Seattle so if it is facing directly east it will get 7 hours of direct sun per day in summer which is more than enough for any rose.

The frame in your picture won't support any climbing plants on its own. Maybe there were some vertical posts into the ground below once and plants like vines were trained up them, but they have now been removed.

To get the best display from climbing roses you need to train stems horizontally instead of letting them do what they want to do naturally, which is grow vertically and flower only at the top of the stems.

You can fix a wooden frame or trellis to the wall, but you need one that covers the whole width of the wall down to say 2 or 3 feet above ground level, not the cheap "tall and narrow" frames you will find on web marketing sites. Plan for the future, when a single climbing rose has covered the entire brick wall area and is trying block all the light from your windows as well!

Alternatively, you can use horizontal wires (either plastic or metal) fixed at the each end to "vine eyes" in the wall. If the wire colour blends with the brickwork (galvanized iron can look less intrusive than bright coloured plastic) wires are less visible than a wood frame, and longer lasting if you are talking about a 10 or 20 year timescale. (I know of one climbing rose in the UK which is now about 120 years old, still going strong, and usually has a few blooms surviving until Christmas each year!)

Don't attempt to "staple" the rose to the wall directly. If you do that, you won't have any options for moving the stems as they grow and you will end up doing a lot of damage to the brickwork fixing the individual"staples."

Not the answer you're looking for? Browse other questions tagged plant-care vines roses climbers or ask your own question.

9
Can I encourage my roses to produce more flowers and fewer long stems?
5
Best practices on pruning and winter protection for climbing roses
6
What do you call the support post for a pothos?
6
Ropes as climbing support for English Ivy?
4
Winterizing young climbing roses
2
I need advice about climbing vines/plants for my handicap ramp
1
Climbing roses -zone 5a or 6 (Canada) -how do I prevent them from dying back ? I want them to …climb!
0
Climbing Rose, is it true that I need 6 hours of sunlight?
0
Rose tip got brown burn quilted and dropped rose head
2
What to do with climbing rose suckers in Spring?