Since spring I have a super nice looking plant on my balcony. I keep watering it to see what it is but so far it keeps growing but I still have no idea what it might be.

Any ideas? Here is a picture: 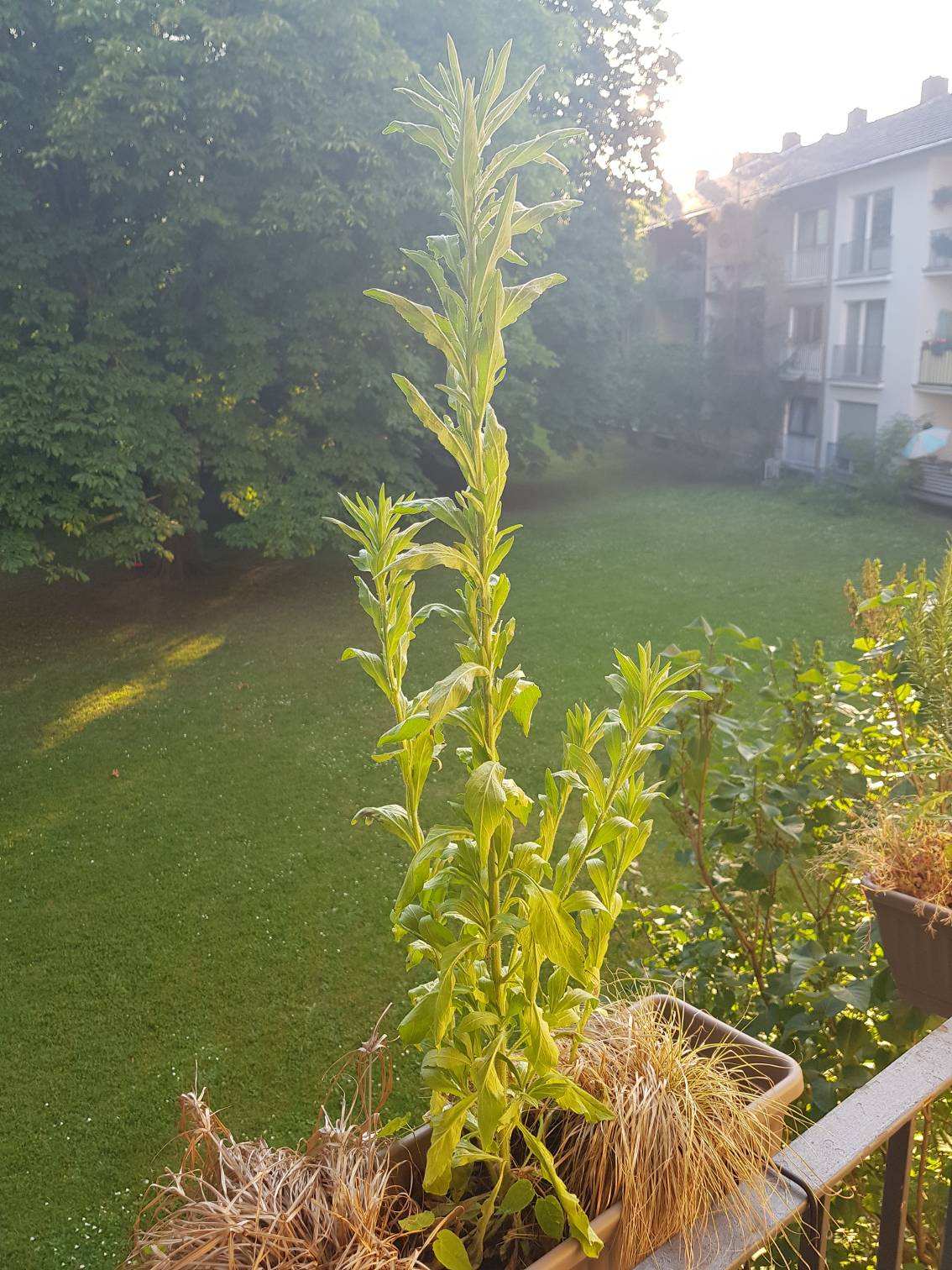 I live in Western Germany in a city. So you know the climate zone...

After weeks of watering it, it finally showed some buds! Maybe this helps? 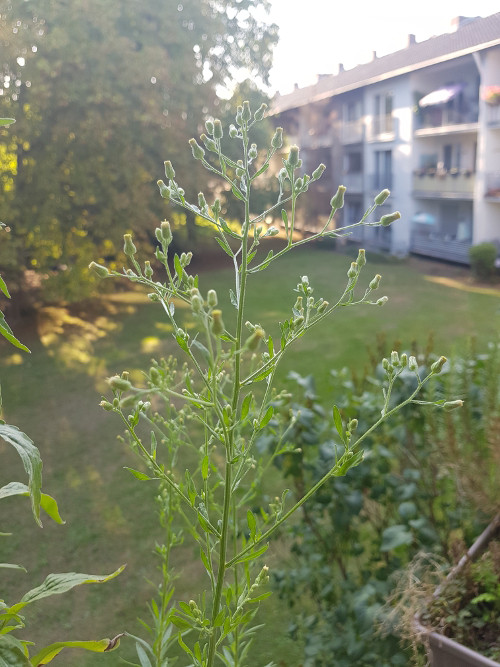 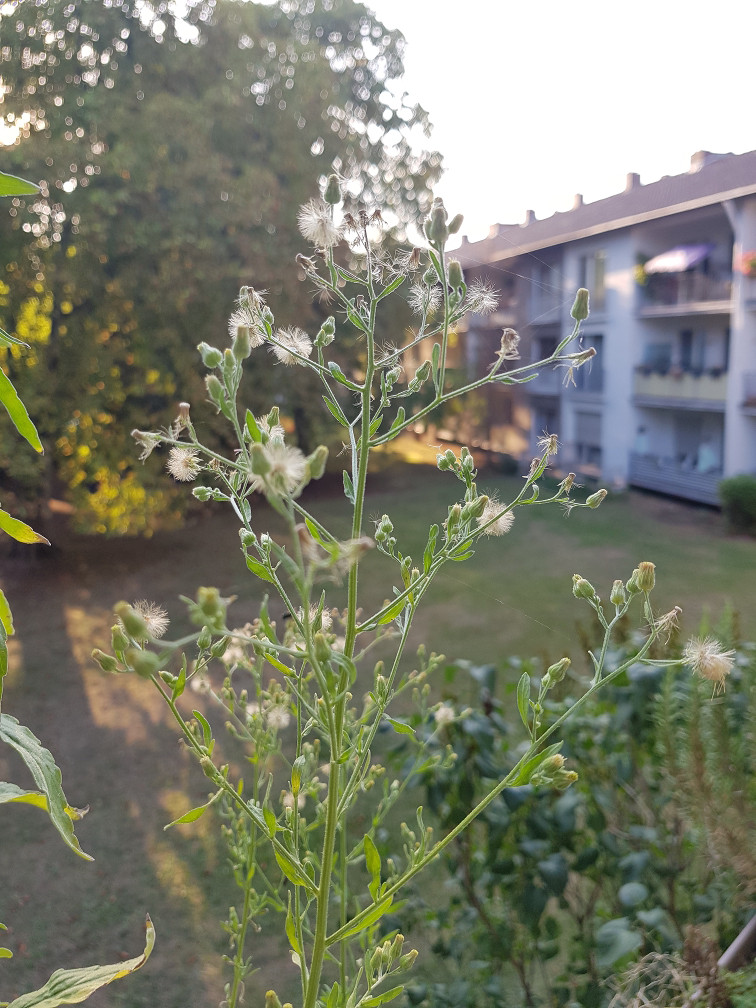 I really don't think it is any type of solidago. Perhaps horseweed (Conzya sp., or Erigeron sp. depending on which plant taxonomist you talk to), based on the branching of the inflorescence, the vase-like "flowers" (the involucre, more specifically), and the seeming overall ruderal aspect of the thing as Stephie suggested. Or maybe a fleabane (Erigeron in the narrower sense of that genus)? It's not any of the horseweeds I'm familar with from eastern North America, and I couldn't find a flora or checklist of Germany or northern Europe, but I would guess there are several horseweeds both native and exotic to where you live.

Edit: actually, maybe some sort of fireweed (Erechtites)? The leaves in the first picture make me think that more than Conzya/Erigeron, although it's not the fireweed I'm familiar with (hieraciifolius)

You’ll know for sure when it blooms!

It seems you have a specimen of the genus Solidago (goldenrod), most likely our local S. vigaurea, the European goldenrod.

As a ruderal species, they are quick to colonize “bare” spots, and a window box with possibly somewhat depleted soil is a good fit. Your post is a good example of “one gardener’s weed, another gardener’s treasure” (many would have pulled the plant already), but so is the whole Solidago clan: Some are prized for their decorative flower in a garden bed, while their cousin S. canadensis is an invasive neophyte that’s blacklisted in Switzerland.

10
What is this bluish-grey bug on my lettuce, and how do I treat it?
4
What is the plant with multiple lily-like yellow flowers with iris-plant-anatomy?
3
dying leaves on Japanese maple: water damage, drought, or disease?
6
UPDATE: Is there a tarragon lookalike OR can tarragon be flavorless?
11
What is this stuff? Some kind of moss, lichen?
5
What to do with the plant/tree growing right from the wall of my and neighbour's balcony?
6
Did we somehow accidentally plant an oak tree on our balcony?
5
Is All this blackberry plant or is there more then 1 plant?
4
Can anyone identify this North Texas weed?
1
Flowering plant identification and why might flowers not open?