Why does this forsythia have such sparse leaves?

I recently moved into a flat in south Germany with large, south-east-facing balcony boxes. In one of them is a very straggly-looking forsythia. It flowered in the spring, but since the leaves have come out it only has leaves at the very ends of the branches, and nowhere else (see photos).

How can I encourage it to grow leaves along the full length of its branches? Does it need fertilising? Or severe pruning later in the year? 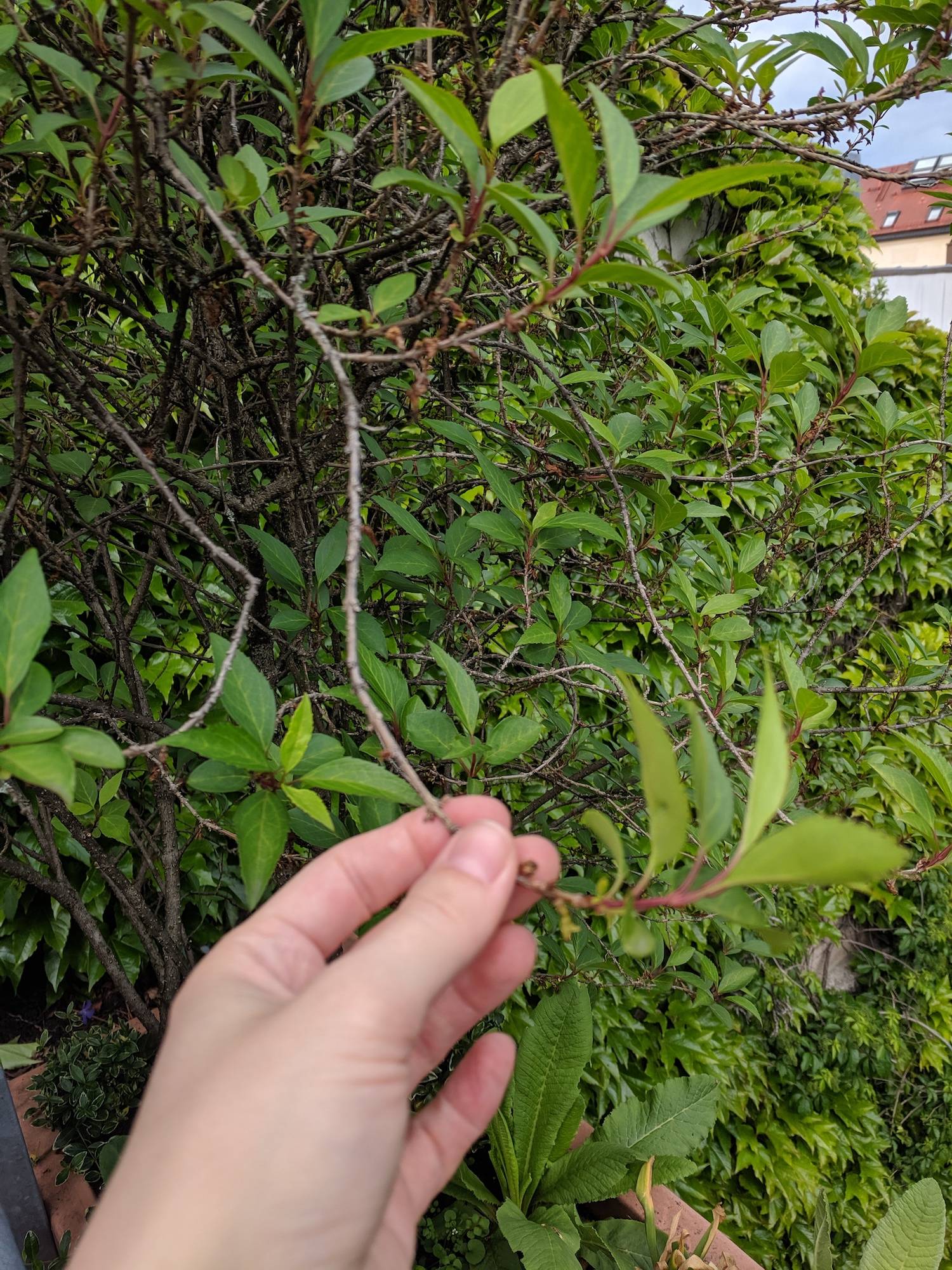 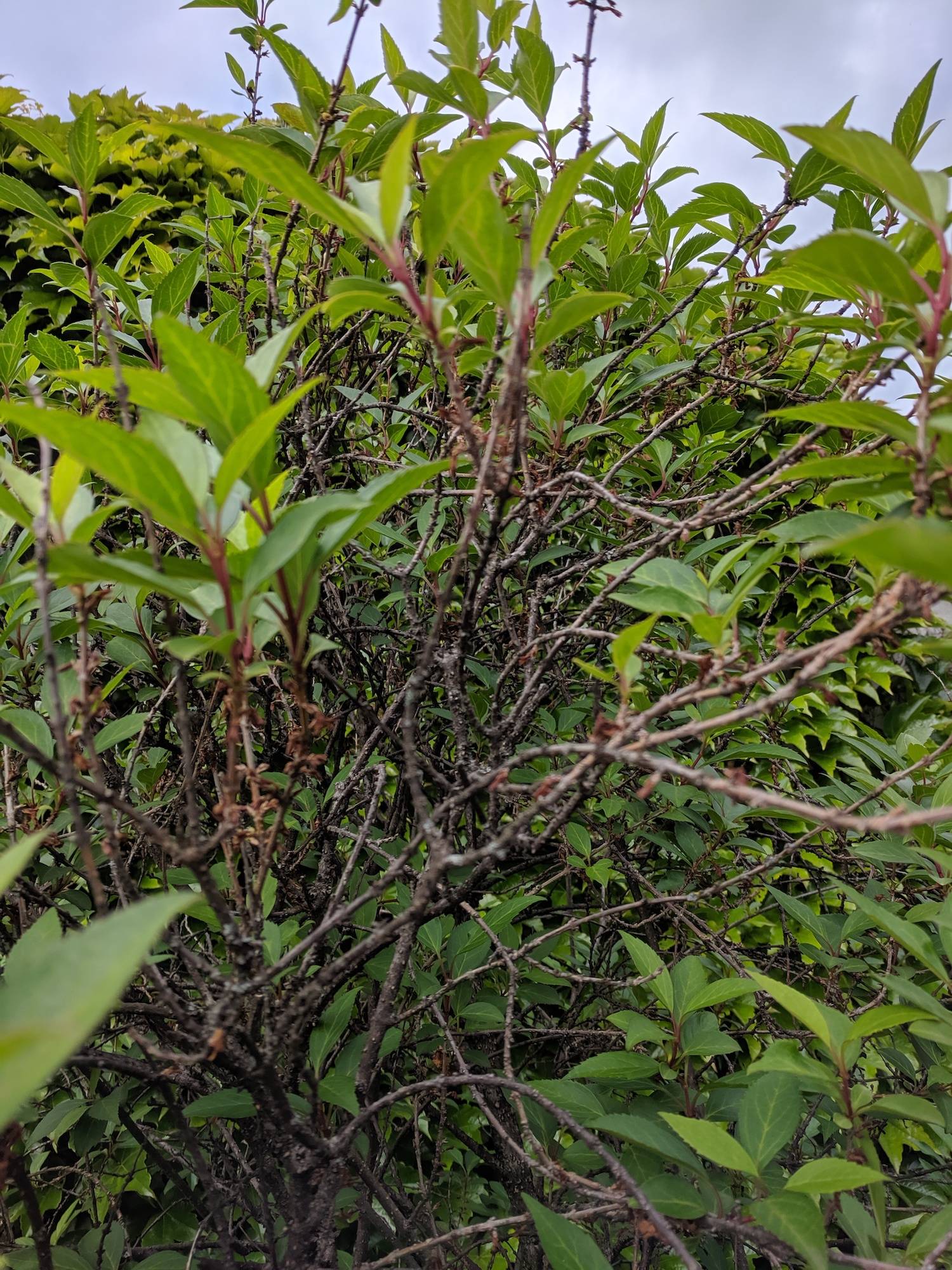 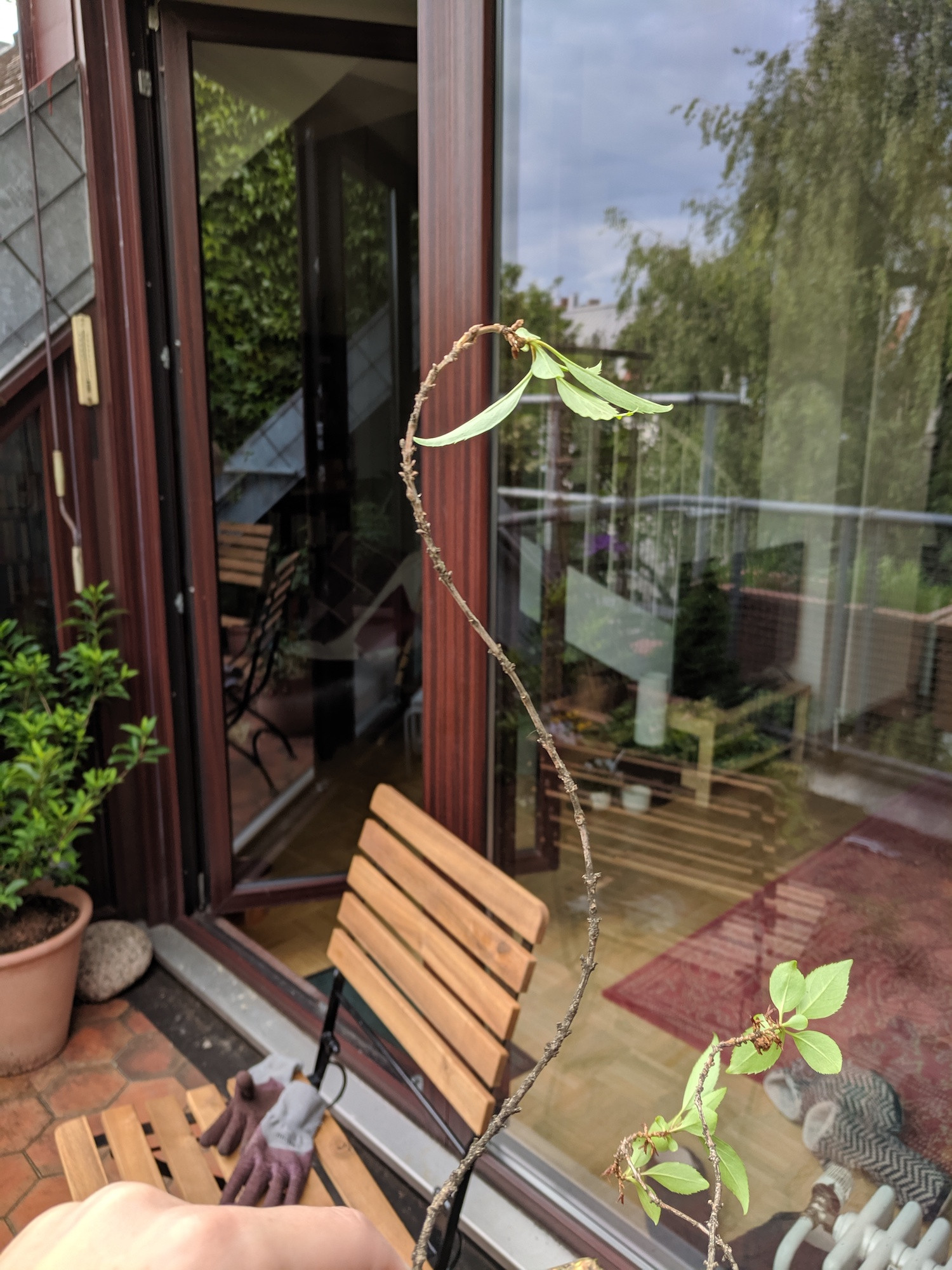 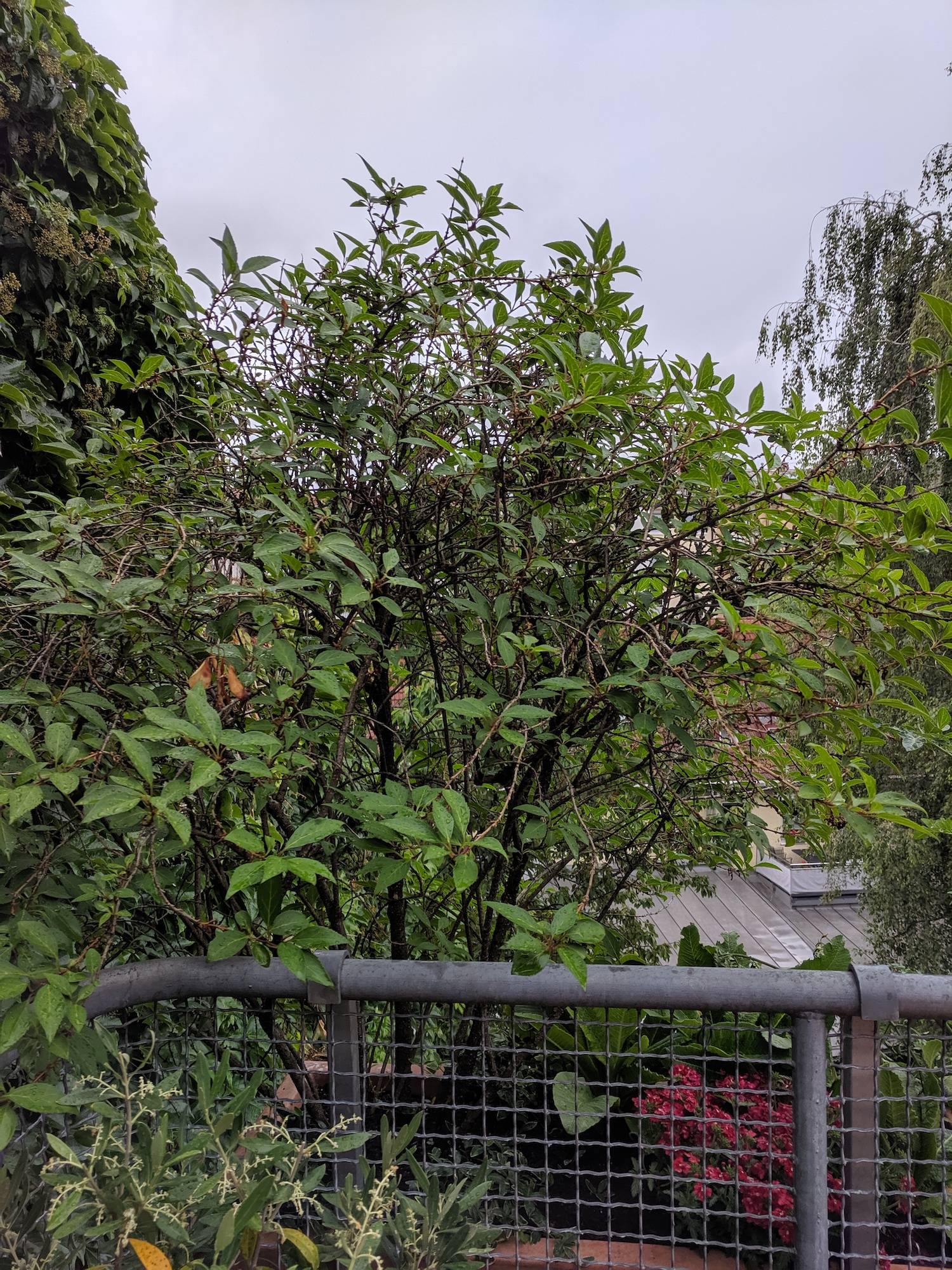 It needs a severe pruning now, not later in the year. The best time to prune early flowering shrubs like Forsythia is straight after flowering. The flowers are on the previous year's growth, so if you do it later you will get fewer flowers next year (and if you prune in winter, you will get no flowers at all!)

From your picture, it isn't growing leaves lower down because it is so overgrown that they wouldn't get much light, and therefore wouldn't be useful to the plant for photosynthesis.

Cut out the weakest looking "straggly" twigs completely, then shorten the remaining branches by about 25% to encourage the plant to produce new growth from lower down.

Repeat this every year as soon as the flowers have died, cutting out about 20 to 25% of the branches right down to the base of the plant and shortening the remainder.

This plant looks like someone put it in the container and then forgot about it. A bit of TLC is recommended.

First, thin out the plant by removing some of the older branches and the especially thin and scraggly ones down to soil level. This will encourage new growth which then will bear flowers next year. For the first time, I would probably be a bit “brutal” and take out a quarter or up to a third of them this year. You can recognize the older branches by the thicker, darker bark and probably more lichen on them, but it’s not important now (just observe the difference when you get new growth and prune again the following years). The goal is to repeat the exercise annually until you have effectively removed all old branches over four to five years, roughly.

If you feel the shrubs is too tall, you can also shorten some of the branches, but don’t take all tips now, or you may take too much leaf mass - the plant needs to do photosynthesis.

Another point is that the shrub is sitting in a container, which means reduced root space and possibly nutrient depletion, if the previous owner was as diligent with fertilizing as with pruning. Find a good shrub fertilizer (ideally something slow-releasing that you use once or twice a year) and use it according to the package directions.

Not the answer you're looking for? Browse other questions tagged leaves or ask your own question.

0
How do I prevent my forsythia from getting leggy/wiry at the bottom?

3
What are these red marks on the leaves of my pelargoniums?
3
Why does my Basilikum have small leaves?
4
Why does my chilli plant have wrinkled leaves?
0
Why are my Hydrangea leaves going floppy?
0
Encourage new leaves along Devil's ivy stem
3
Why does my orchid have spots on its leaves?
1
Magnolia leaves partially browning and curling
0
Raspberry leaves going brown in the centre