About three weeks ago I had a pair of sweet cherry trees planted -- they are 3-4 years old, about a meter high, and were planted where I'd previously had a seriously overgrown cotoneaster and a cotinus. Lots of organic matter in the planting hole, and a shed-load of organic mulch. Looked really healthy when they went in.

The trees are in a east-facing garden and shaded from the south and west, but they get a good amount of morning sun. One is near a low wall close to the road; the other (which is healthier) is near the house.

Shortly after planting, the new growth start curling so I immediately thought: aphids, and have been using soap spray -- without success, unfortunately. I'm reluctant to use a systemic pesticide but do I have an alternative?

It's been very wet since they were planted, and (especially the one closest to the road) they're going severely downhill. Not just the aphid problem, but discoloured leaves, with signs of insect damage (not just aphids). And I suspect the local pigeons have been chewing on the leaves...

At this point I'm dithering about causes. Fungus? Lack of fertilizer? Bees? Weevils? The local pigeons?

What steps can I take to sort this out? Last resort: ring the guys who provided them and go: sick trees -- replace them! But even if they go: OK! I don't want the same problems to recur.

Let me know what else you need to know. Photos of problems follow. 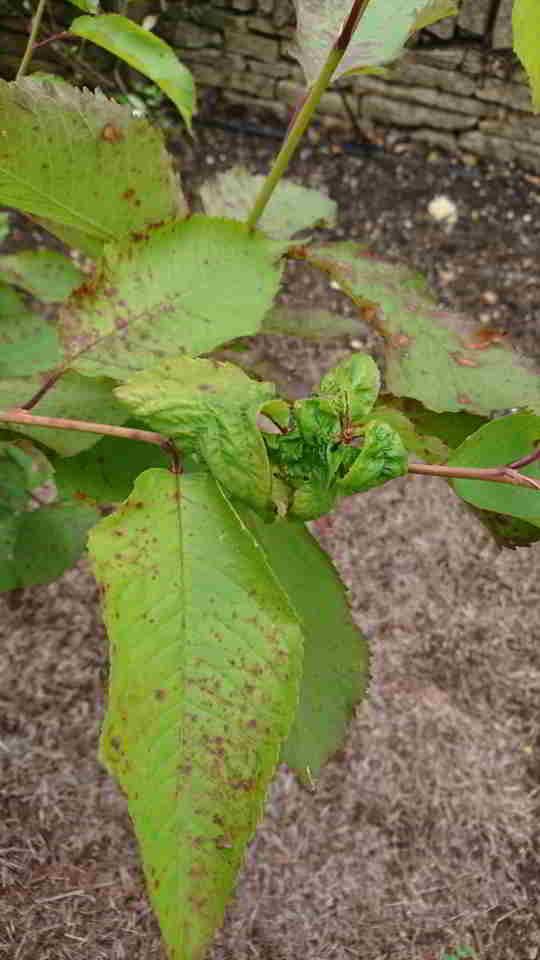 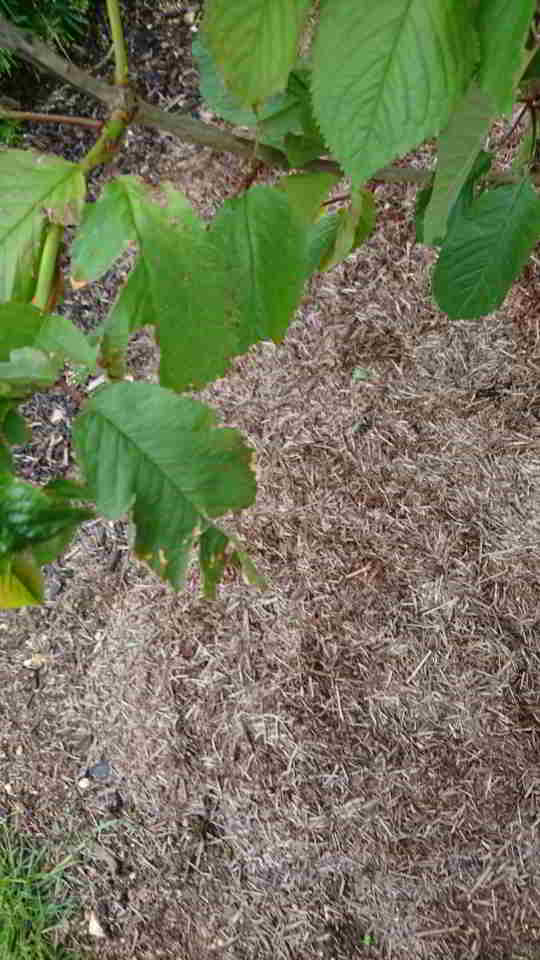 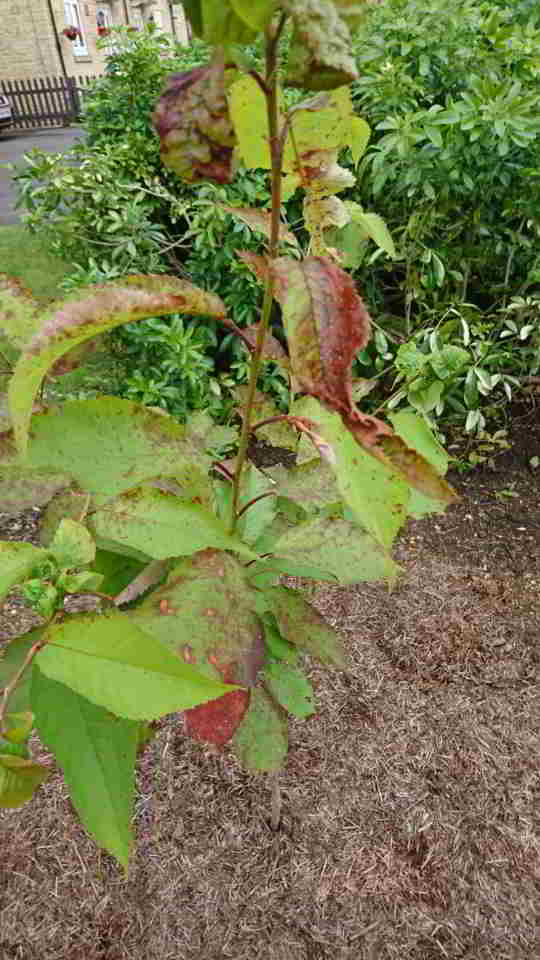 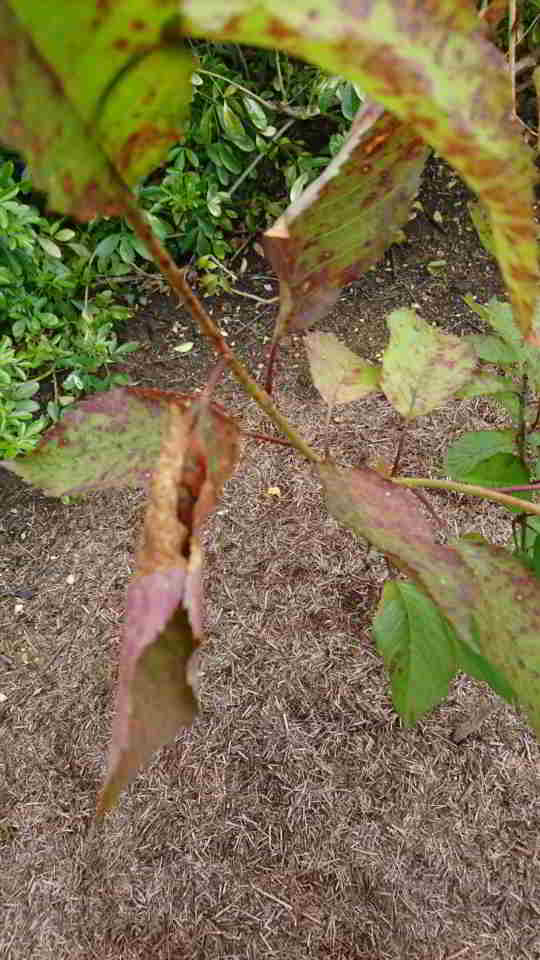 11
Ants and aphids - which should I fight first
5
What's wrong with this Photinia fraseri tree?
3
Should I be concerned about twisted galls on my lombardy poplar trees?
7
Spacing for semi dwarf cherry trees?
6
Can Nicotiana alata be used as an aphid “honeypot”?
7
Cherry tree pruning problems
5
Is the rapid new growth on this rose bush a sign of Rosette?
3
What are these patches of fluffy white growth on this young apple tree?
1
cherry tree with wilted and dried leaves