My fiancé got me a Venus flytrap from the store in February, and I’ve been troubleshooting to keep it alive for several months. It had yet to thrive in any of the conditions I’ve put it in.

While having some early changes, the flytrap is now outside in full sun probably 9 hours per day. It’s St. Louis so stays quite humid. Keeps well watered with distilled or rain water, and is in its original sphagnum moss. Formerly it was in a windowsill getting indirect light abt 9 hours per day, but I read it needed more direct light so finally put it outdoors. Even before I put it outside it began to grow many new stalks at its base, originally with a reddish healthy appearance, but soon after their appearance the growth effectively halts, they begin to turn yellow, and the latent trap remains in its shrunken form. So far I have seen no improvement putting it outdoors for abt 3 weeks. Please see attached pic below.

That being said, has anyone had this problem, and is it still possible to resurrect the poor thing from this downward cycle? 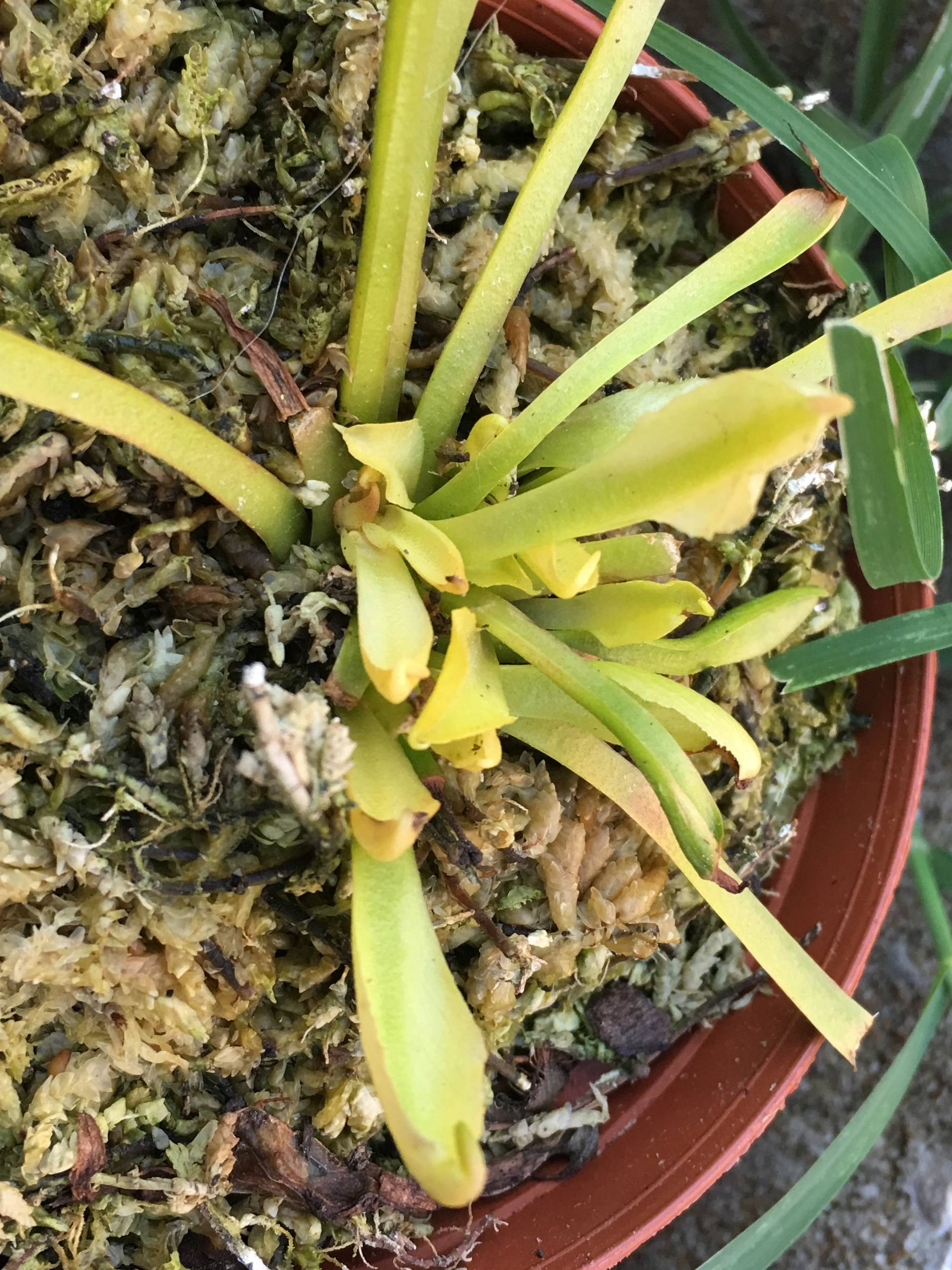 My guess from what you wrote is that maybe it got too much sun too fast. Windows block UV rays, so putting it directly outside after sitting inside behind a window would expose it to too much UV that it would burn it. What's recommended is slowly acclimating the plant over a few days, adding a few hours that it's outside each day.

Now that it's already yellow and it has been three weeks, I would suggest just watering it as normal and hope that it starts new growth. It is only possible it has root problems if it was sitting 100% in water and couldn't breath, but I don't think that's likely.

No terrarium? Put a stick in the pot, and hang a breadbag over it.

Feeding: a fly or two a month is sufficient. Light fixtures in your house are a good source of dried flies. rehydrate in warm water for an hour.

Not the answer you're looking for? Browse other questions tagged carnivorous-plants venus-fly-trap or ask your own question.