This one may be impossible... My wife purchased an Hydrangea after she attended a talk at Klehm Gardens in Rockford (it was a table centerpiece). It came with no information as to which hybrid it is. I'm pretty sure that it's a form of H. macrophylla, which is usually not hardy in N. Illinois- unless it's an Endless Summer variety, which this may be (although new to me).

Why not ask Klehm, you're thinking, right? Tried that - they actually don't know, either. My main concern with the ID is to get the plant's hardiness correct, as my wife would like to keep it from year to year, and I don't think it'll do well in our semi-heated basement over the winter (too warm); I'd rather plant it and forget it over the winter.

In the photos below, the flowerheads are slightly too purple. They're definitely NOT blue or pink; mauve-ish would probably be most accurate. They may also have a white picotee, which may be difficult to see. The leaves have been preyed upon by a cat, so they're pretty ratty in some cases. 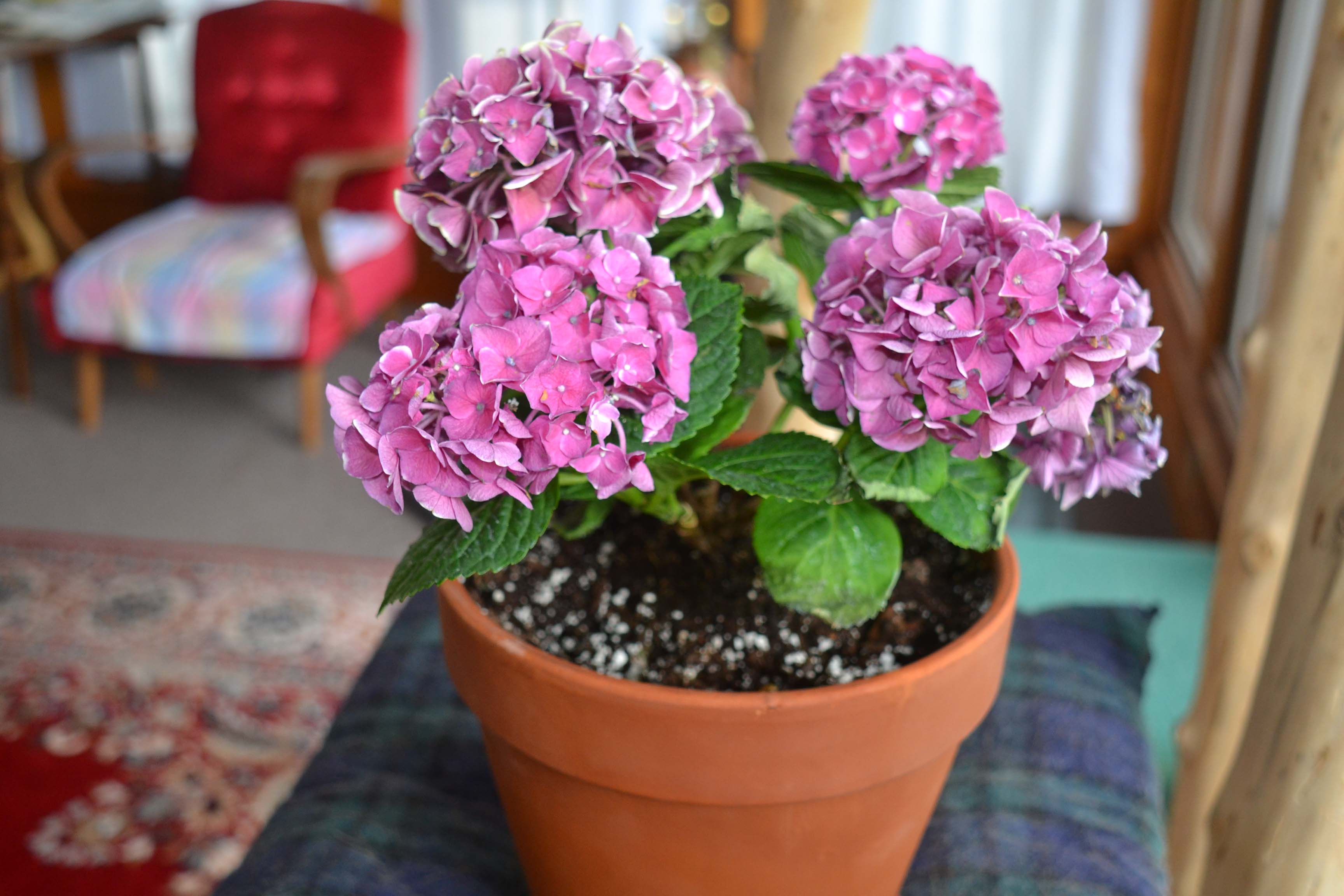 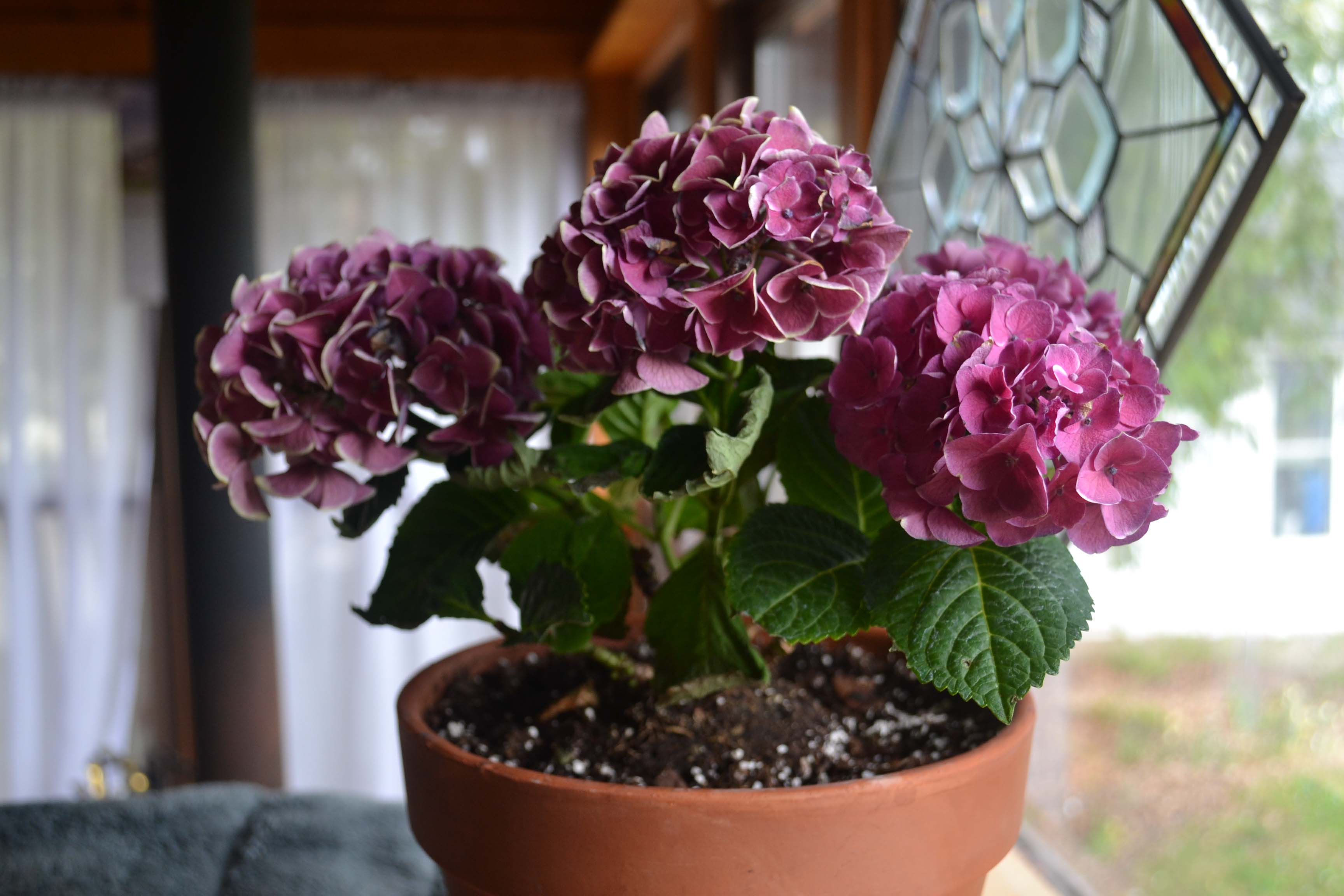 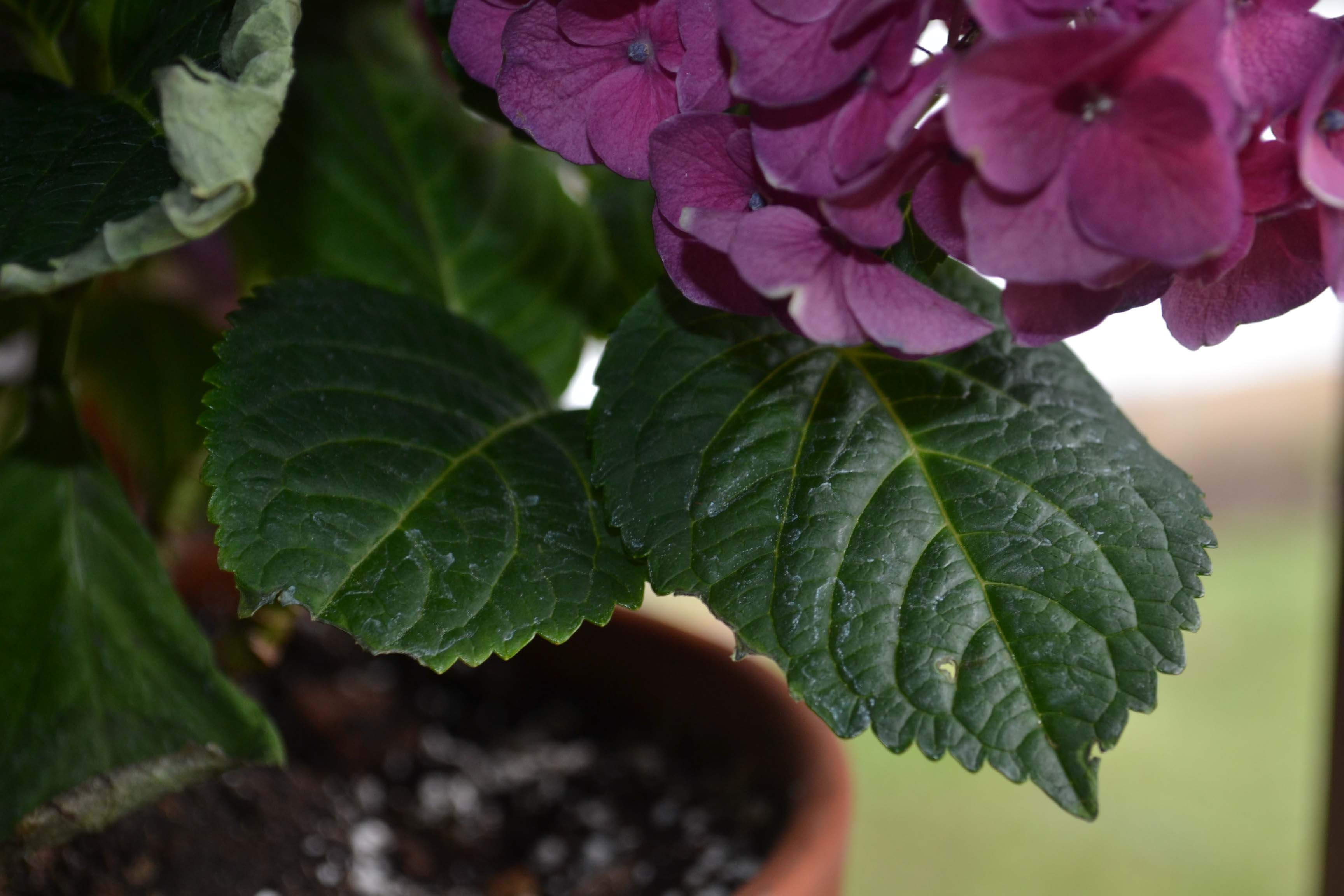 It's a Hydrangea macrophylla variety; it might be Cityline Mars, which has a picotee effect. Hydrangea macrophylla is the type of hydrangea which changes its flower colour according to soil ph, so if you planted this in acid soil conditions, it would be blue; in neutral ph, a purplish pink, and in alkaline, pink, all with the picotee effect. Hardiness zones are listed as 5a up to 9b, see here https://www.provenwinners.com/plants/hydrangea/cityline-mars-bigleaf-hydrangea-hydrangea-macrophylla