How to grow purple yam from the grocery store?

I bought some purple yam from the Asian supermarket. I think they are true yams because there's laws for correct labeling of yam versus sweet potatoes. 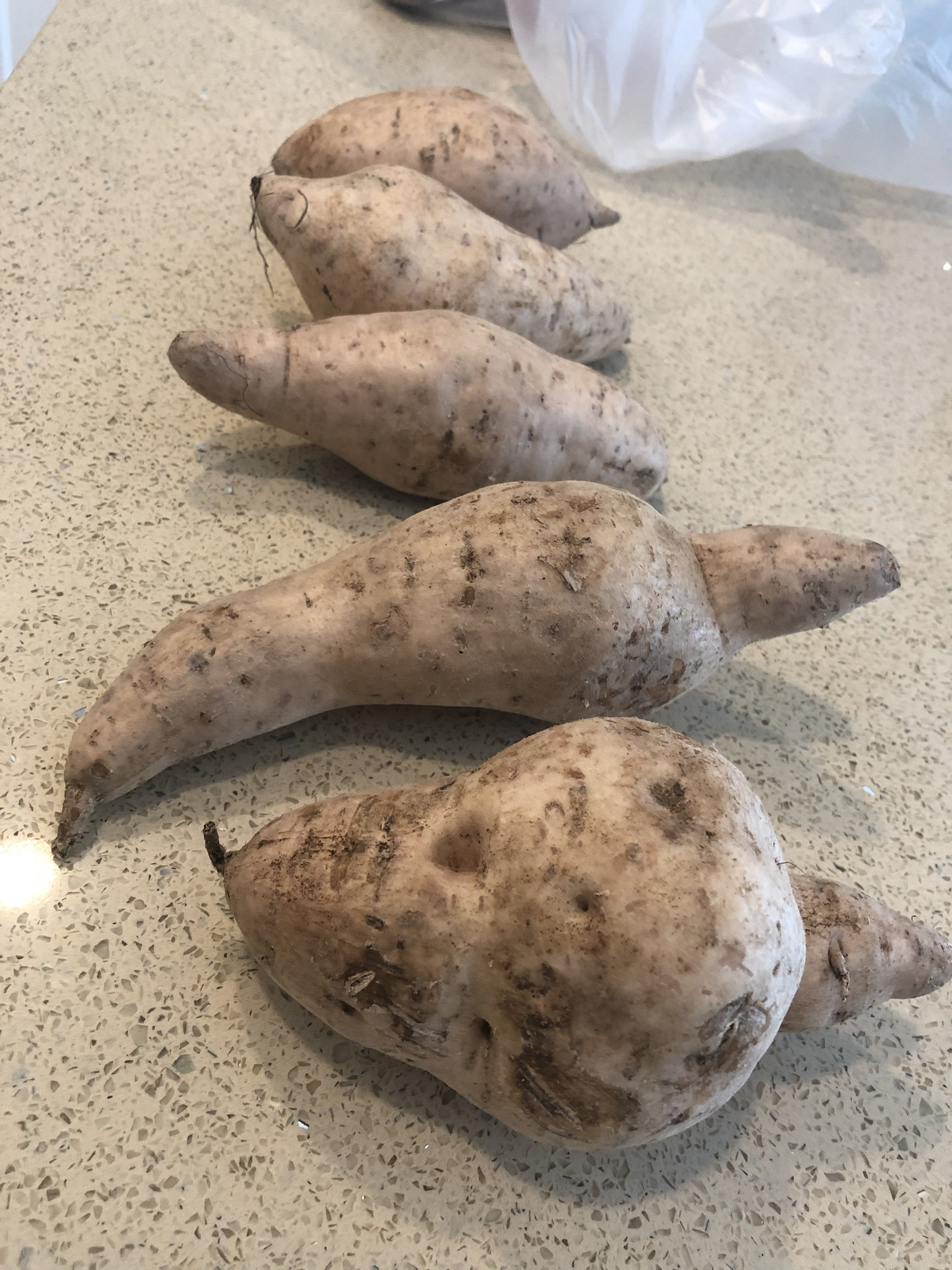 Cut open one end to show you the purple flesh inside. 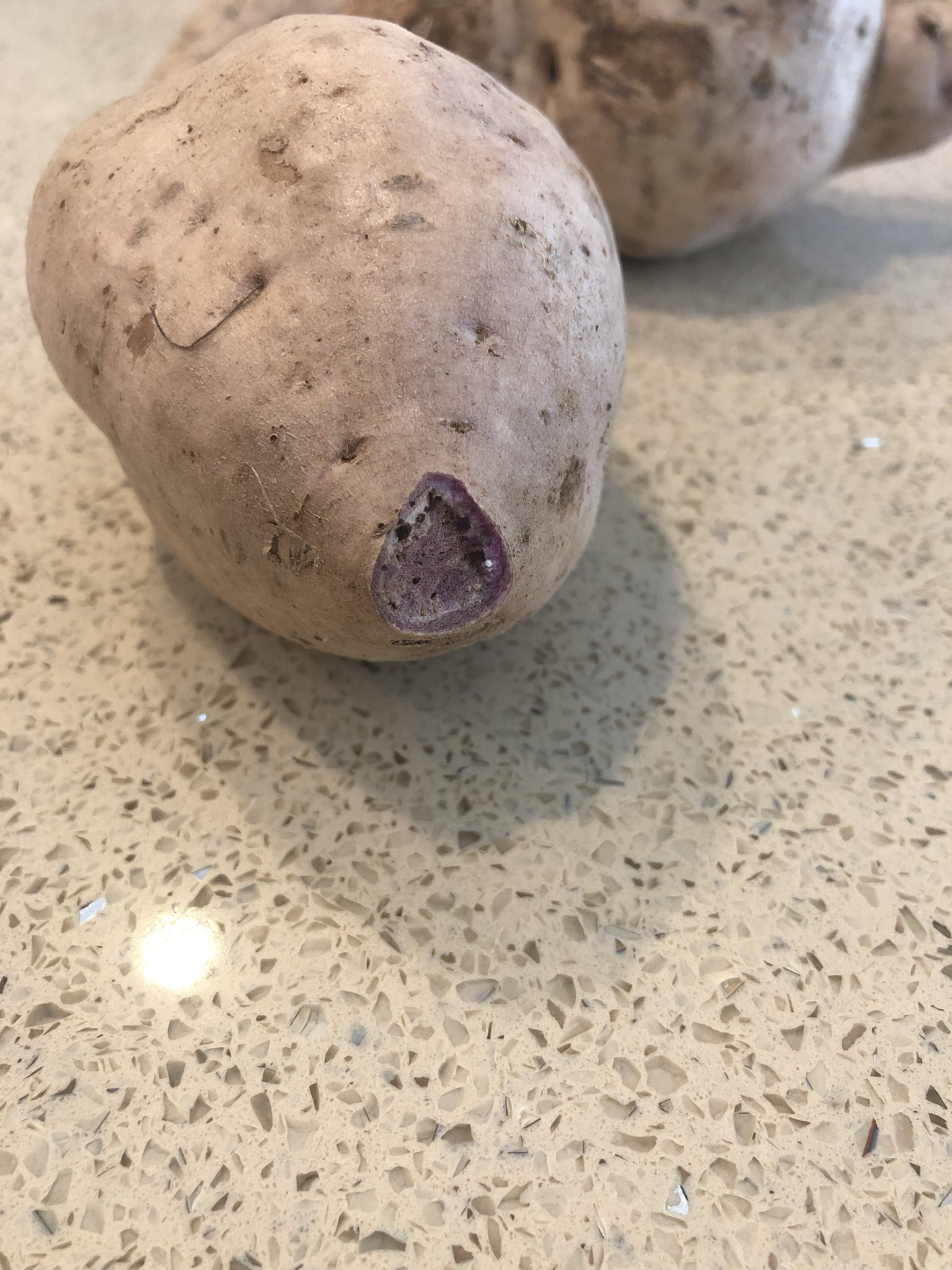 My question is how do I grow new yams from these? I've been reading some online articles and I'm hearing some confusing information:

Growing vines from store bought yams and potatoes is relatively simple, it just takes time and patience. I've grown multiple vines from a variety of tubers. From the looks of it, you have sweet potatoes, not yams. Yams have rougher skin and are more cylindrical in shape. It is not unlikely for a sweet potato to be mislabeled, law or not. Plus, there are purple sweet potato varieties. Luckily, sweet potatoes are easy to grow!

A couple notes to start:

Most of your tubers will grow roots eventually, but you can start with the one pictures that already has a root or two. I've had more success not cutting pieces from my tubers, even though a lot of sites recommend that (mine rot quicker when cut, so the plant doesn't get the nutrients it needs). Here's some steps to take now:

Not the answer you're looking for? Browse other questions tagged roots or ask your own question.

19
How far (on average) do tree roots extend out from the base of the tree?
18
Should I remove the tree roots coming from the neighbouring garden?
4
How do you block tree roots from affecting your garden?
6
help! I broke my mango seedling's root
6
How long can celery grow from water alone?
4
Can I re-grow roots from a piece of a trunk cut from my green ash tree?
4
Can I get a conifer to grow from a ball of roots?
3
Did I remove enough roots from large area of shrubs and trees to grow lawn?
3
Should I cut off roots that grow out from a pot's drain?