What kind of early spring SW Idaho weed is this?

We've been getting this weed growing on our property in recent years. It's one of the first weeds to sprout in the late winter or early spring (nothing else seems to sprout at that time but Creeping Charlie, some small unidentified weed, and this). It doesn't seem to mind shade. Someone I know claims that they're edible and delicious (but I want to verify what they are before I eat any of them, and I don't know if this person is right; I mention this in case it helps in a diagnosis). A flower can be seen in the third picture (there are other flowers, but they're kind of small to see in the other pictures). It seems to be an annual in my zone (I'm in southwestern Idaho). It's pretty easy to pull up. Usually, they haven't been this big, but I saw this nice healthy patch of them and decided to ask the question. 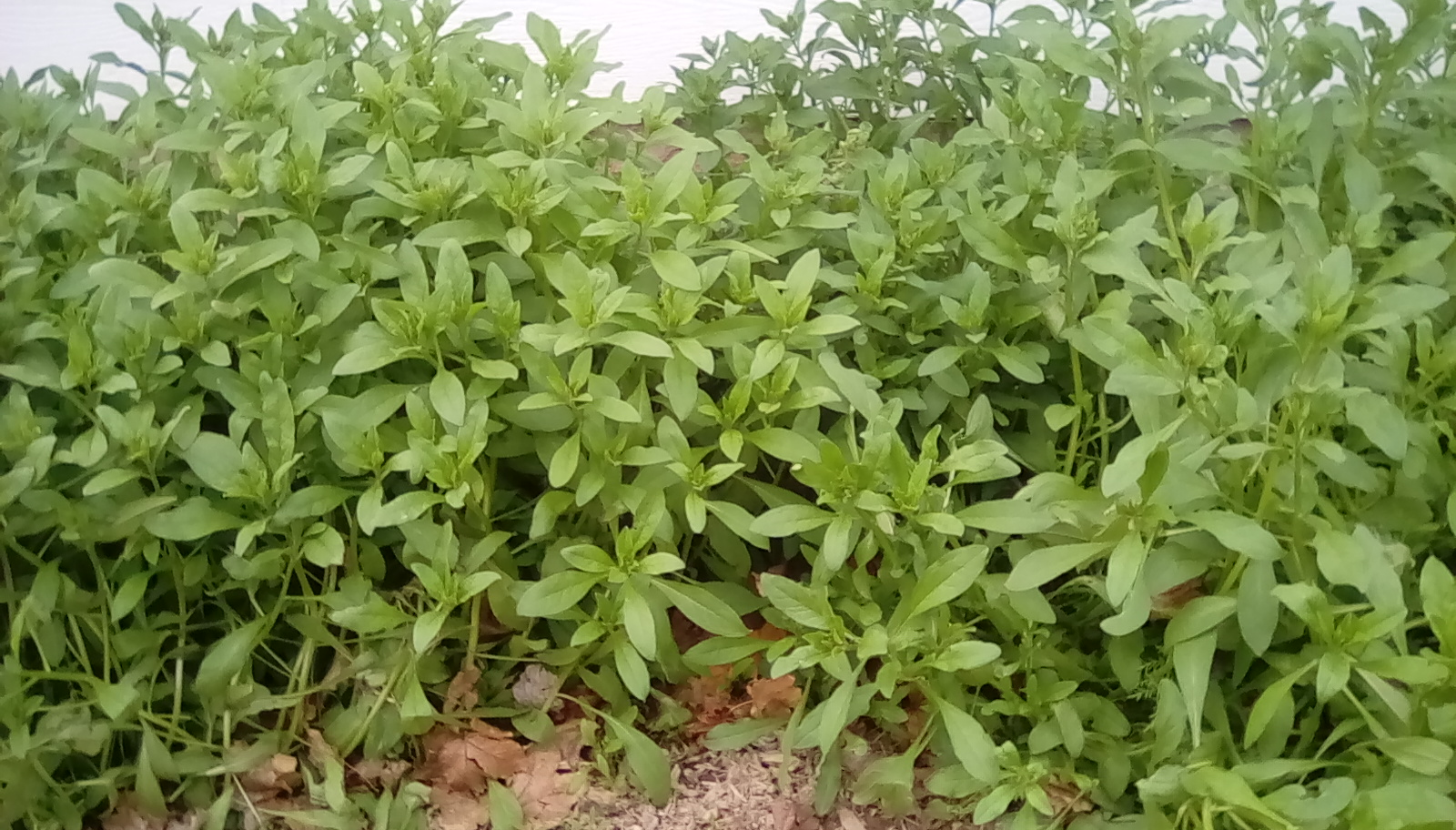 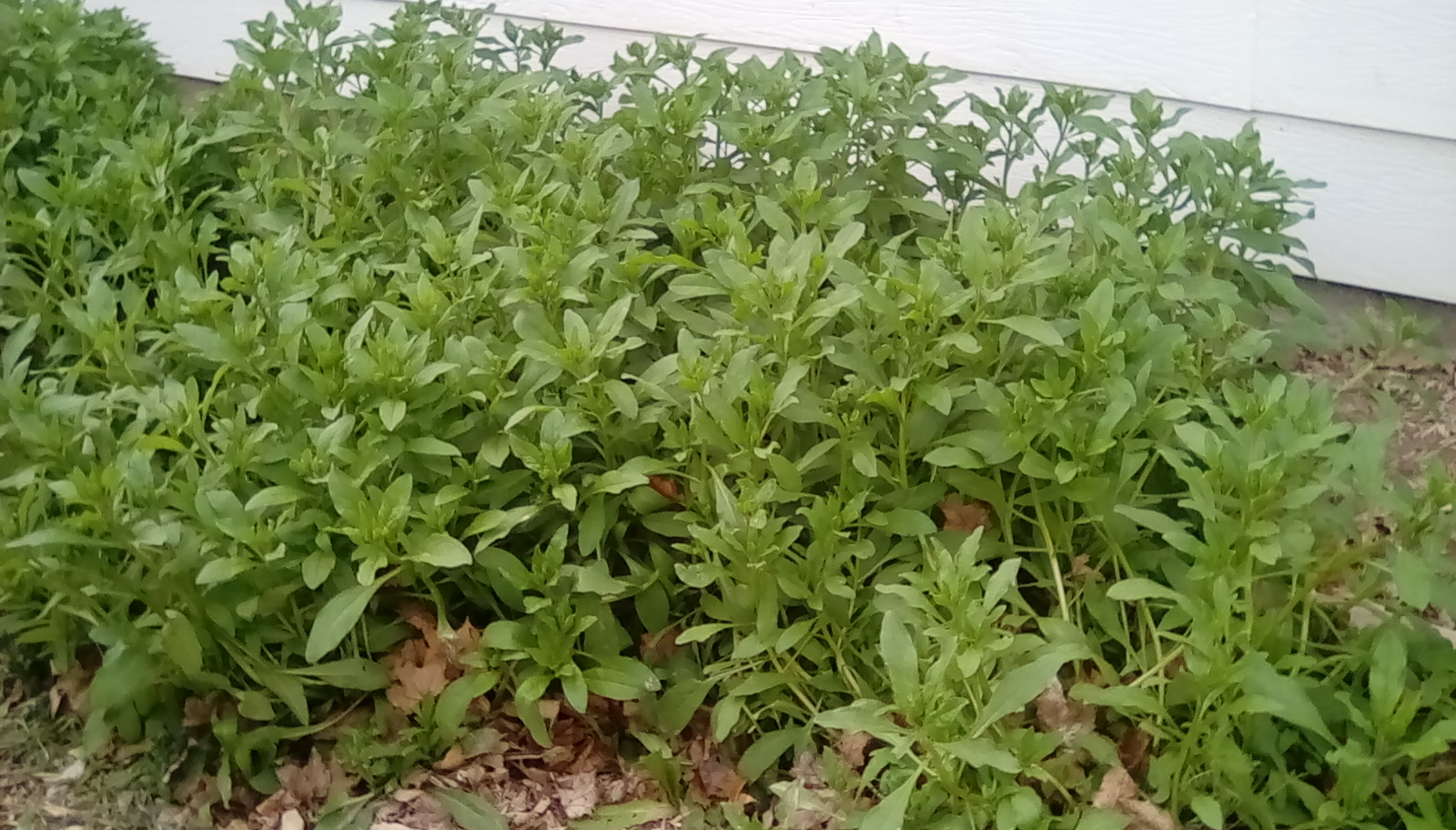 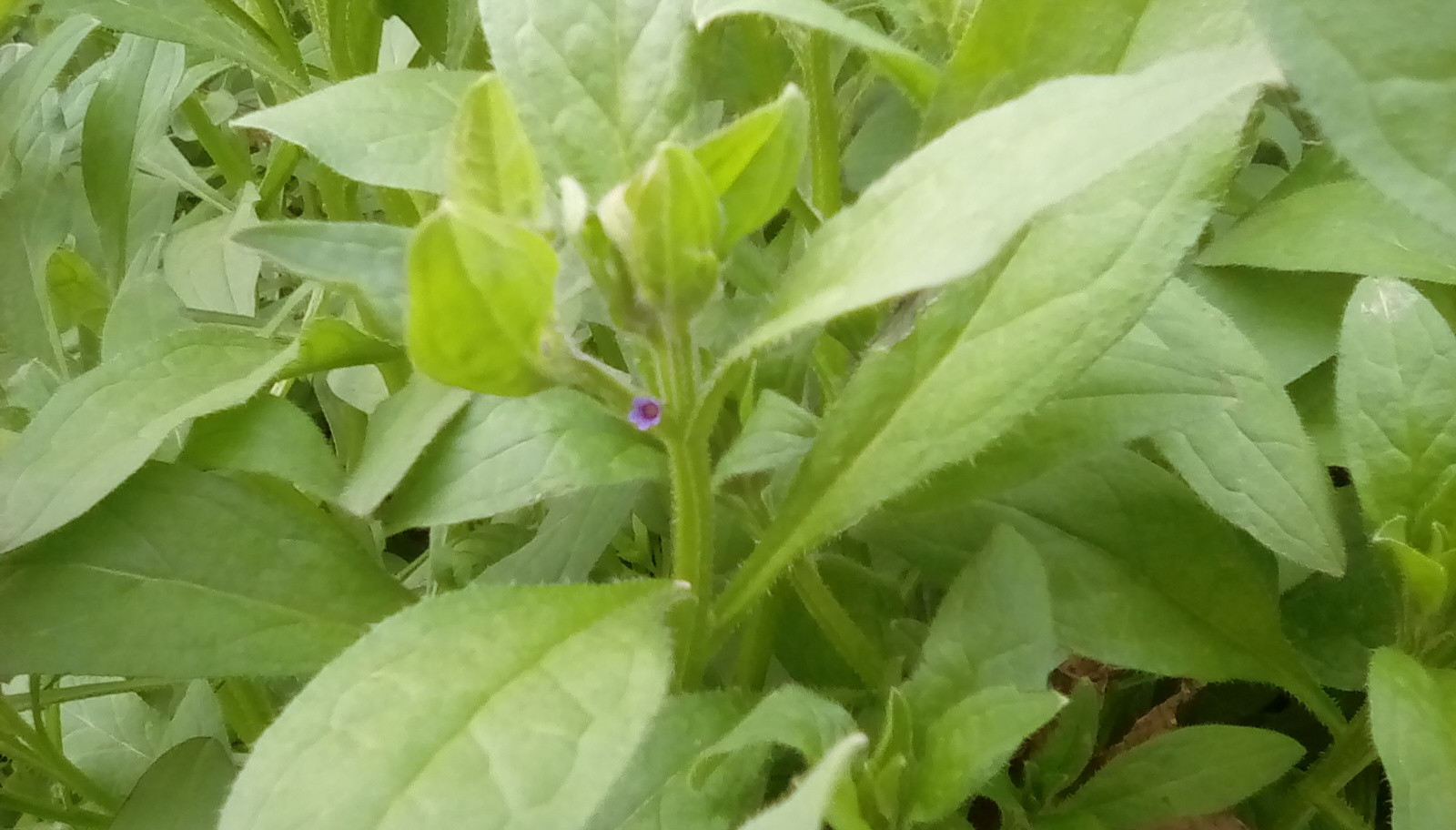 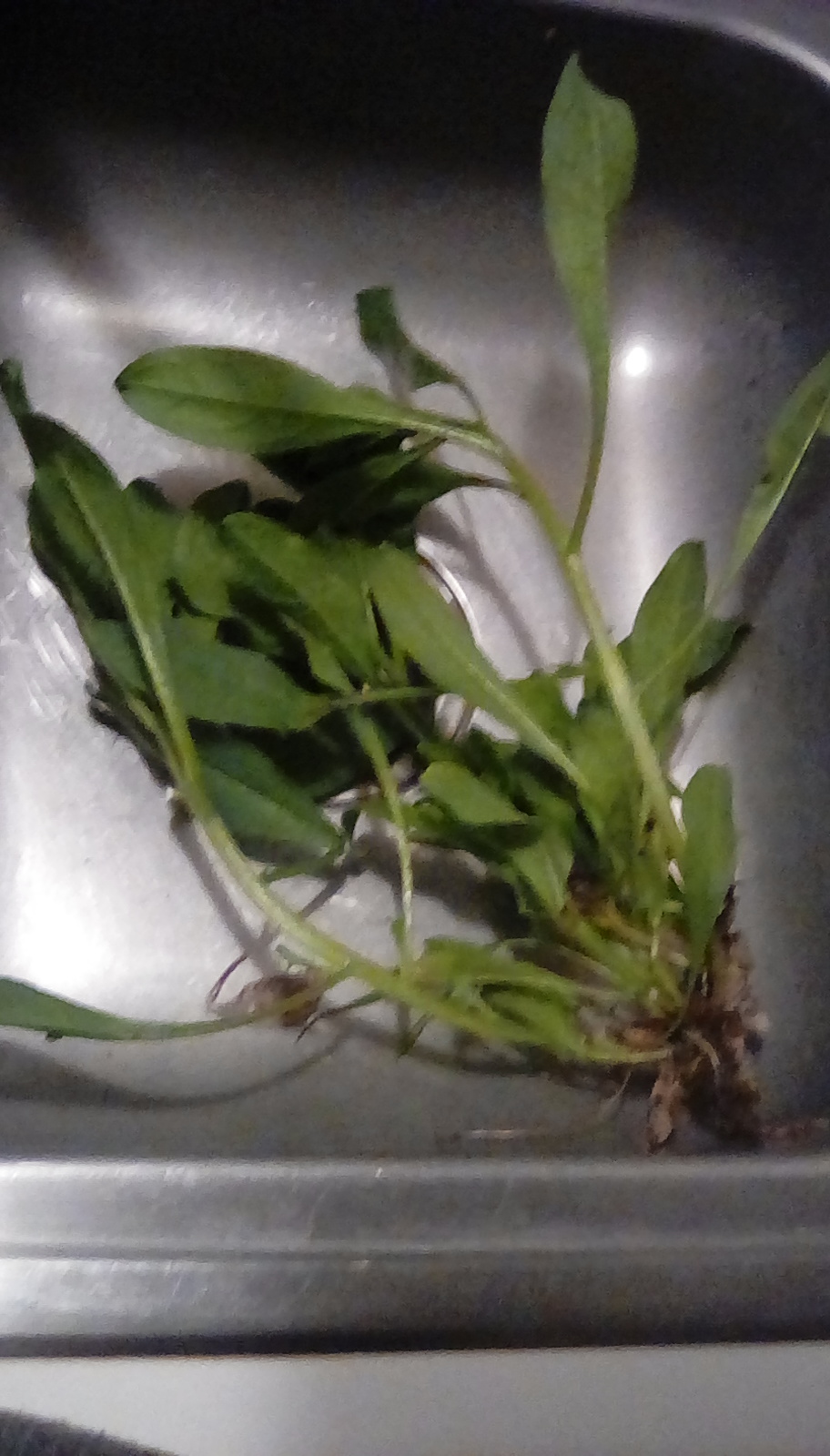 The last picture is of a single plant with its roots. That's about as big as they generally get in our garden. I don't recall if the summer heat kills them off, but they're more prevalent long before the last frost.

Upon questioning the person who claimed they were edible, the person thought they were cleavers (and tasted them and proclaimed that they tasted like cleavers, too). I don't think they look like the cleavers I see online, though.

EDIT: Here's a picture of the plants after they've matured more and gone to seed. Apparently, they turn into vine-like things with burr-like things on the nodes (which might be the fruit). 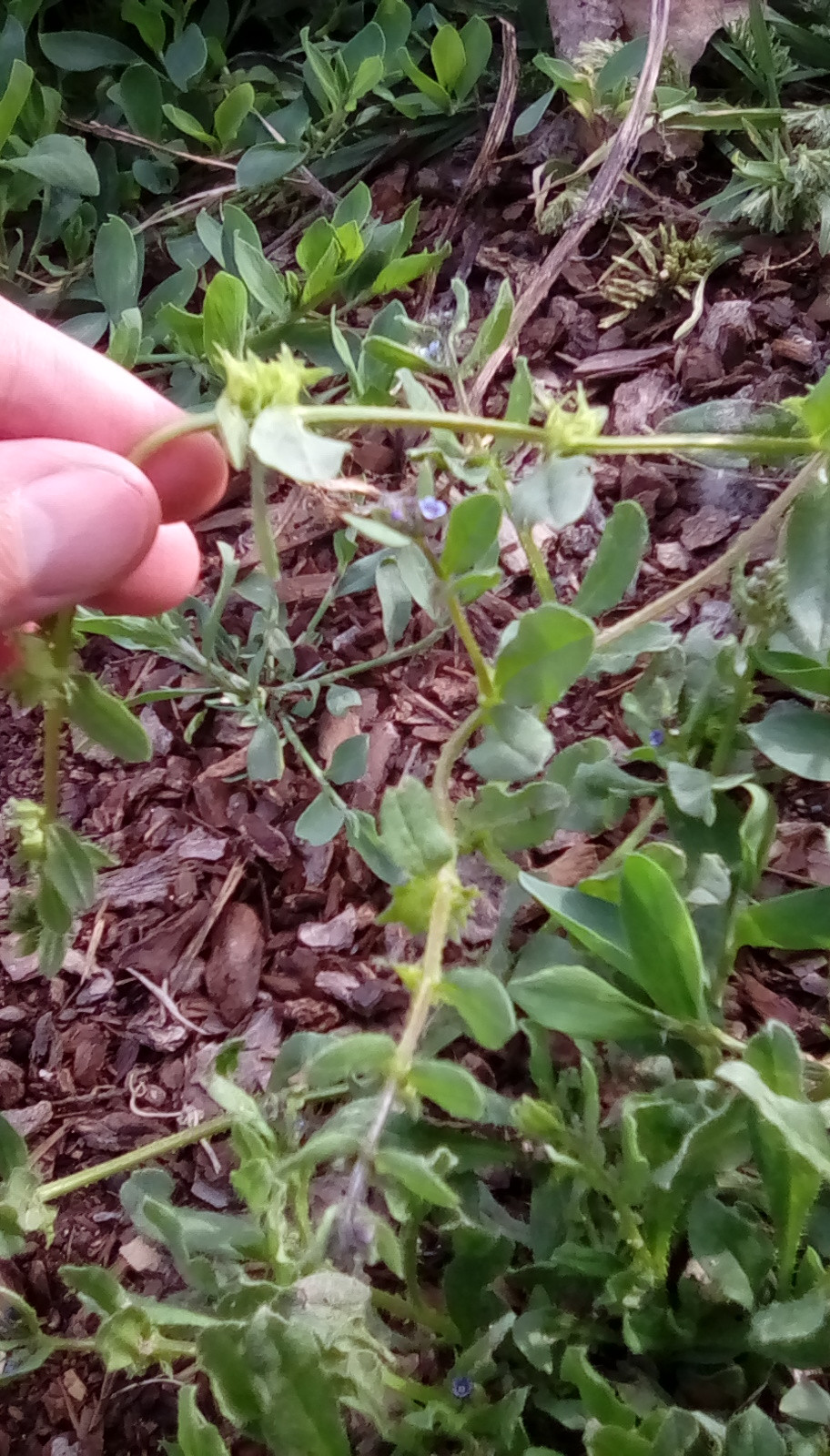 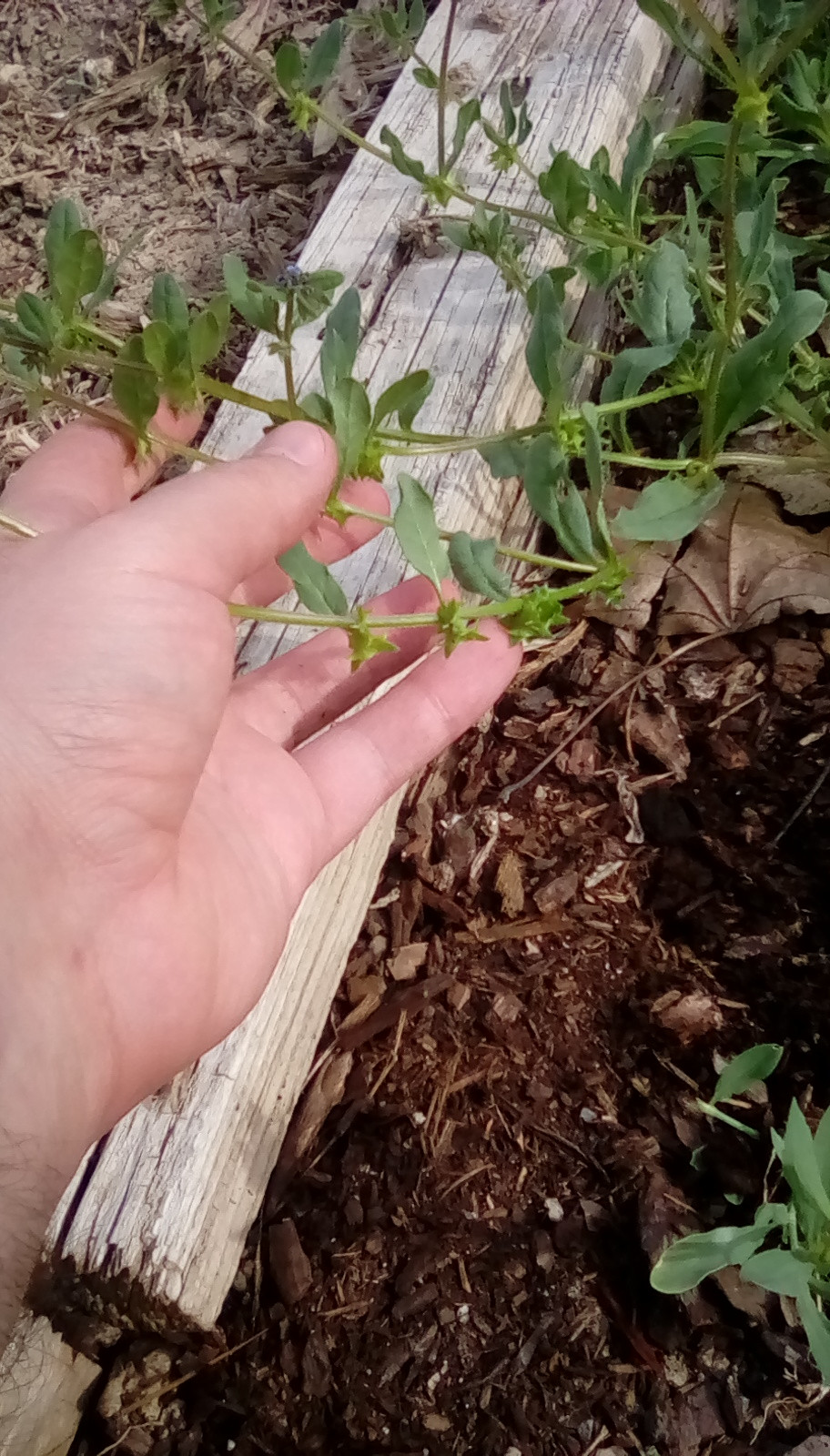 It seems like early in the spring, it grows vegatatively, but later, even the plants that aren't terribly old go to seed and vine around.

Okay, so I was looking at a weed image index and began doing web searches on the weed names I found there. I figured Idaho has too many wetland areas and aquatic weeds (so, I'd look at Utah's weeds and maybe find it faster by some miracle). So, I searched for some kind of madwort and miraculously came across pictures of Asperugo procumbens, which looks like my weed (although that wasn't the madwort in the weed index)! It's got the prickly things on the nodes. It has very small flowers. The size is about right. It looks pretty much the same. It's the only plant in its genus (according to Wikipedia), and is in the Borage family. So, unless there's a pretty unrelated plant that looks like this out there (or unless Wikipedia is wrong and there are multiple species in the genus), then I'm thinking this is it.

It's said to come from Europe, but to have been introduced to the northern half of North America (also according to Wikipedia).

It's known as Madwort, German Madwort, and Catchweed, but there are other plants with those names (so search for the species or genus). I don't know if it's edible.

Although I've read that this plant is a late spring weed, it begins growing in the early spring in my area, interestingly.

5
What is this weed and should I get rid of it?
2
Are these two weeds both lambsquarter?
4
Vegetable Garden Spring Weed Control Strategies
3
What is this prickly, burr-covered plant with different colored flowers on the same plant?
6
What is this New Zealand weed? Plants grow to about 50cm-1m tall and have long leaves
6
what is this coarse spreading weed from my lawn
3
How can I clean up my lawn from weeds? What kind of weed is this?
2
What is this rosette weed with a stalk of white flowers?