Is drylok a good option for an aquaponics fish tank?

I've been looking into making a 3000-4000 liter system. When the water tank came in to play I wasn't happy with the sky-high prices so the next option was to dig a hole. For cover I found EPDM pond liner, but that posed its own problems and is also expensive. Then I saw a post on using drylok. I'm wondering if this product can handle that. Also does it have any adverse effects on the fish or plants... or me when harvest time comes?

A setup for 112 gallons is quite different than a 3000 to 4000 litre system. The water alone will weigh 3000 to 4000 kilograms ( ~8800 pounds!). This amount of weight implies being sited on the ground on something like a concrete slab or using pond liner with a cushion layer.

If you were to use Dryloc, which is meant to be applied on concrete, the concrete would have to be added to your static load, unless you meant to build an in ground tank. If that were your choice EPDM pond liner would be much easier but it's not cheap.

Dryloc is not designed for use with food. Seeing as the main ingredients are limestone and resins it might be safe but there is no certification.

The question was asked about what shape of tank is better when using pond liner. Circular is a little better but no matter what you do you will get folds and creases in the liner. Water goes where it wants to so to prevent capillary action allowing water to go up and out of your pond you can construct it using this method below: 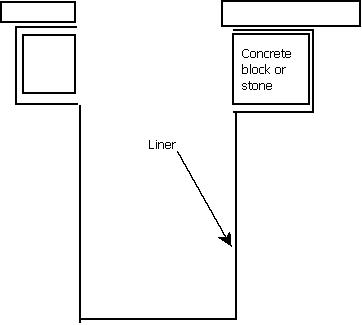 By folding the liner on top of a block or stone you accomplish two things:

After you have the liner in place and the perimeter set up let things settle for a few days. You can only cut the liner once and it is difficult to patch.

You might want to consider how you will prevent someone falling into the tank and drowning. While not technically a swimming pool some cities apply the same rules about fences and gates that are locked.

Drylok is for applying to concrete. Are you planning on lining your hole with concrete?

I have to imagine a pond liner would be the cheaper alternative to concrete.

I want to preface this by saying I do not have an aquaponics setup, but it is something I am currently researching.

To answer your question, can it be done, the answer is yes.

I've linked through to this forum which has pics of someone who has done it and covers most of the main points which I will highlight below.

I built a 112 gallon aquarium with tile board and drylok. Still going strong at 4 months! I am a Master Plumber and I have seen what others have seen when remodeling showers. Water marks, mold and such. I can say that there is NO way this will leak, NO WAY. Let me know if you want details. 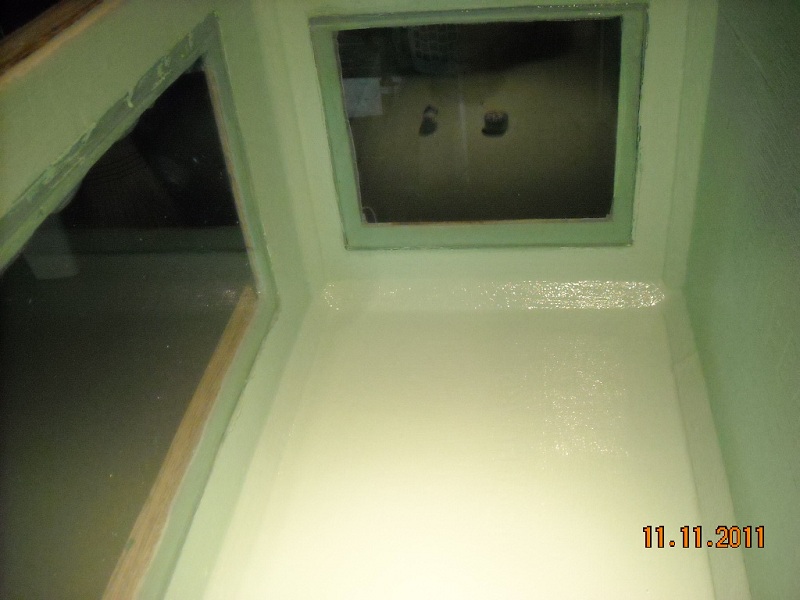 Source plumberman from the forum attached.

Even with the link attached above where some guy has claimed he has done it this is something I think will be a YMMV kind of thing. That guy was a plumber and knew what he was doing. You could try it, but it make take a few tries to get it.

Some other cost effective alternatives that people regularly use:

If you are going to attempt it I suggest you do plenty of research, there are many Google results if you search for "drylok aquaponics".

Not the answer you're looking for? Browse other questions tagged aquaponic or ask your own question.