My monkey puzzle tree is wilting- branches turning brown/black and doesn't feel particularly firm to touch like it used to.

I got it last November and kept it inside over the winter as I thought it was too small to handle the frost, and have only just transported it back outside.

While it was inside it seemed to deteriorate quite a lot- I think I should have kept it outside really, as maybe it didn't get enough light/was too warm.

It's been outside now for a couple of weeks but still looks like it is deteriorating. Can anyone suggest what might be the problem? 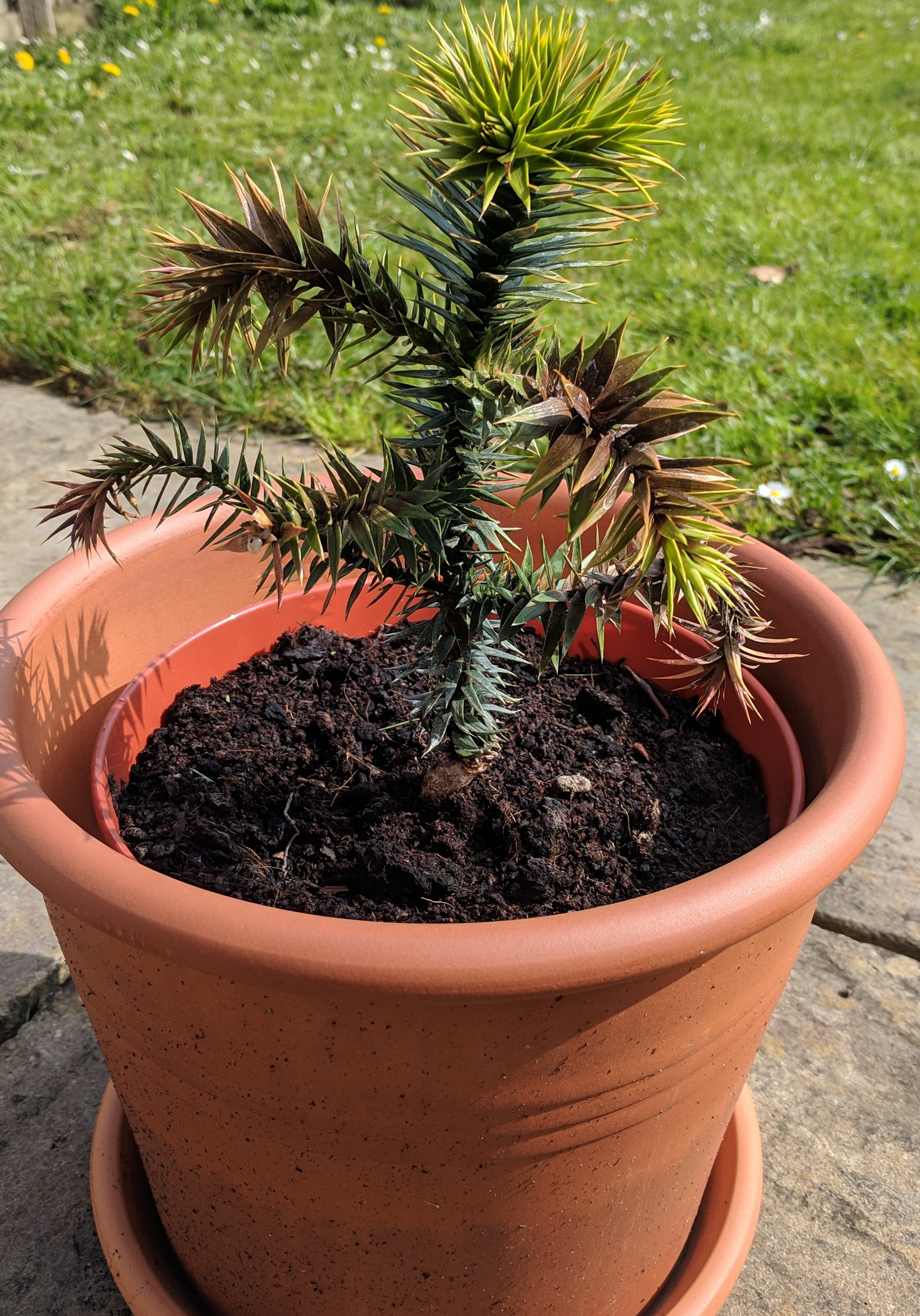 I'm sorry to say that you are absolutely right in that it should have been kept outdoors all winter. They are a marginally more cold sensitive in pots when they're small, but standing it in a sheltered spot over winter would have been fine, especially this year, because we haven't had much of a winter in the UK, really, and you'd still have a healthy plant if you had - they do not do well indoors. In fact, they're listed as H7 on the hardiness scale (downwards of -20C) and in a pot at a young age, hardy down to -15C so long as the soil in the pot doesn't freeze (a rare event in the UK). I don't think hardening it off before leaving outside all the time would have made much difference in this case as its in such a bad state, but hardening off over a week or so is the usual procedure when wanting to transfer plants outside.

It may be too late for the plant - there is nothing you can do other than watch and wait I'm afraid.

UPDATE: As its such a young plant, if its much worse now but still alive, you could try cutting back to see if that encourages some regeneration, though only very small plants might respond to such pruning.

Not the answer you're looking for? Browse other questions tagged identification diagnosis or ask your own question.

4
Why didn't my Meyer Lemon tree produce fruit after it blossomed?
3
dying leaves on Japanese maple: water damage, drought, or disease?
6
UPDATE: Is there a tarragon lookalike OR can tarragon be flavorless?
11
Why are my aloe leaves turning white and brown?
1
Why is my tea tree wilting?
3
Is this pineapple dying?
4
Dragon tree plant dying?
1
Dying Pink lemon tree