Why are my newly planted Honeysuckle leaves turning purple/brown?

I am based in London, UK.

However, after a few weeks, the leaves have started going slightly purple - I want to take good care of this plant, so I would like to know how to solve this problem.

As Can be seen in the image below, it seems to be the leaves right at the ends of the stems of the plant. 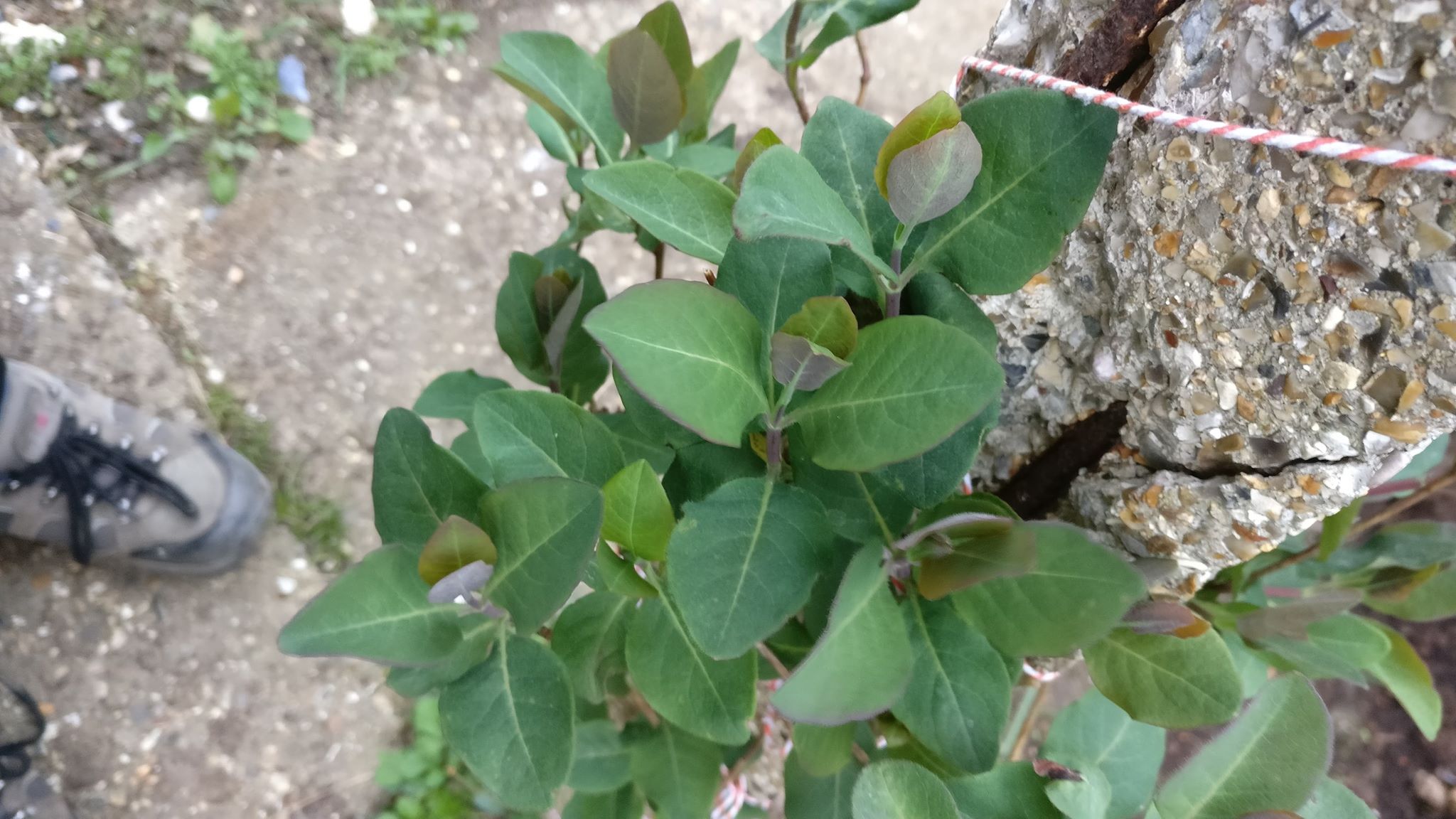 The instructions given to me with the plant suggested it would need considerable watering - I took this to heart, so I watered the plant well to begin with. Since then, it has been quite rainy and the soil has remained damp, so I can't see there being an issue with too little water.

The stems at the ends of some of the plant are also purple-ish in places, as can be seen in the image below: 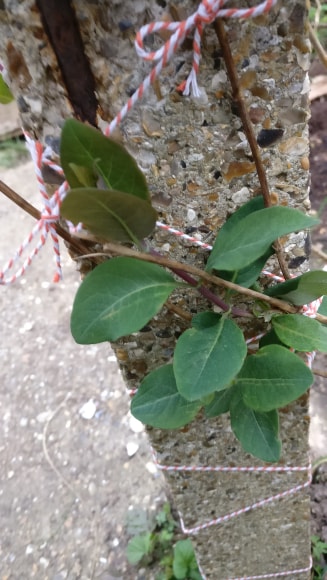 What could be causing this discolouration, and how do I deal with it?

The plant is attached to a pole, north facing, but it gets sunlight ( garden is south facing ). There are canes and seashells on the ground to stop the local cats from digging the fresh soil up. 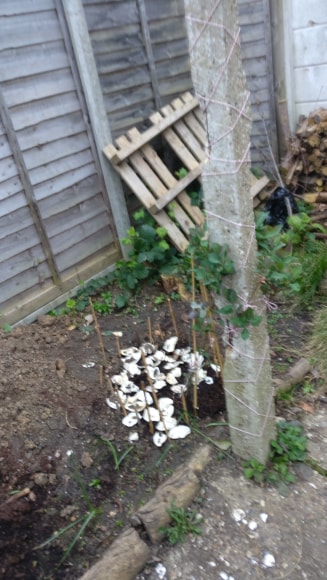 Here is a close up of the stem going into the ground: 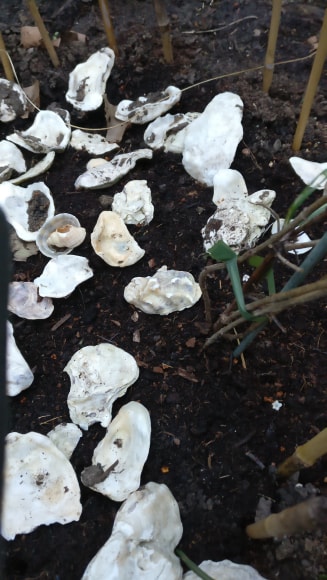 Water shortage, I'd say; I, too, live in London, and only last Friday I had to run the sprinkler on the garden for an hour for some new planting because it was pretty dry. New plants need frequent and sufficient water, enough water to penetrate a rootball that goes down a good six inches below the soil - it will be some weeks before the plant puts out roots in other directions to seek its own water, so at the moment, its roots are still pot shaped. Its also been quite windy and that, too, dries the soil out.

Give it a couple of watering canfuls of water, applied directly at the base, or leave the hose trickling there for half an hour. We have not had enough rain to penetrate down six inches in the last week, so if the rootball was already dry, it will still be dry...

There is one other possibility, but it depends where the plant was when you bought it - if it was under cover, then cold nights might have damaged the newer leaves, but give it some water anyway - if its cold damage, it will recover.

Its hard to tell from the images, but it looks as if you've tied the plant tightly to that post, and the string you've used is tight against the post too - honeysuckle is a twining plant, and it needs to be able to wrap its stems round a support in order to climb. It doesn't look as if it can do that; if you want it growing up that post, perhaps wrap it in relatively loosely fixed clematis mesh instead, though honeysuckle does get very large - it will cover a 6 x 6 trellis section in fairly sort order. This particular variety (one of the more lovely ones in my estimation, by the way) ultimately gets 4-8 metres high by 1-1.5 wide.

Not the answer you're looking for? Browse other questions tagged diagnosis leaves planting climbers honeysuckle or ask your own question.